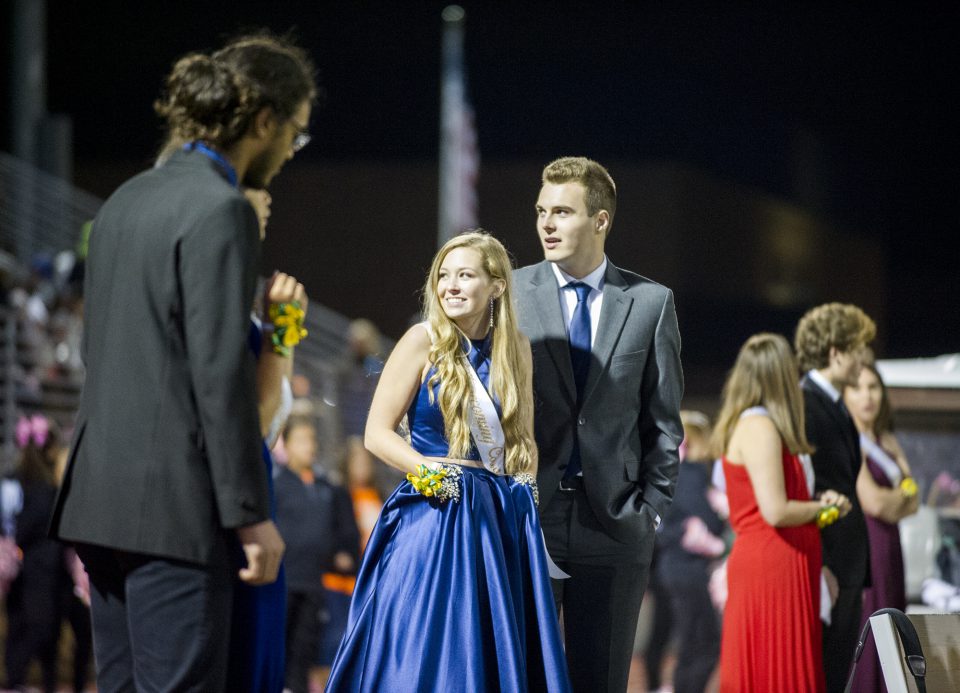 temperatures in the forties and occasional bursts of rain did not halt the festivities of the football season’s final home game. Fans layered themselves in their warmest orange clothing to show support in the fight against Leukemia and cheered on the Bruins.

“You really just hope that the traditions that make the activities so rich carry on when you’re gone,” Ashbaugh said.

The night ended in a sweeping victory over Helias Catholic High School with a final score of [52-28], making the team (6-2) for the year. Next week, the Bruins will travel St. Charles to compete against  Francis Howell High School for the finale of the regular season.

on politics and celebrities

Maya Bell is a senior at RBHS with a love for photography and covering all sorts of topics in journalism. Maya takes part in the Young Artists Philharmonic of the Missouri Symphony Society as the second chair cellist.

First Time I took the ACT