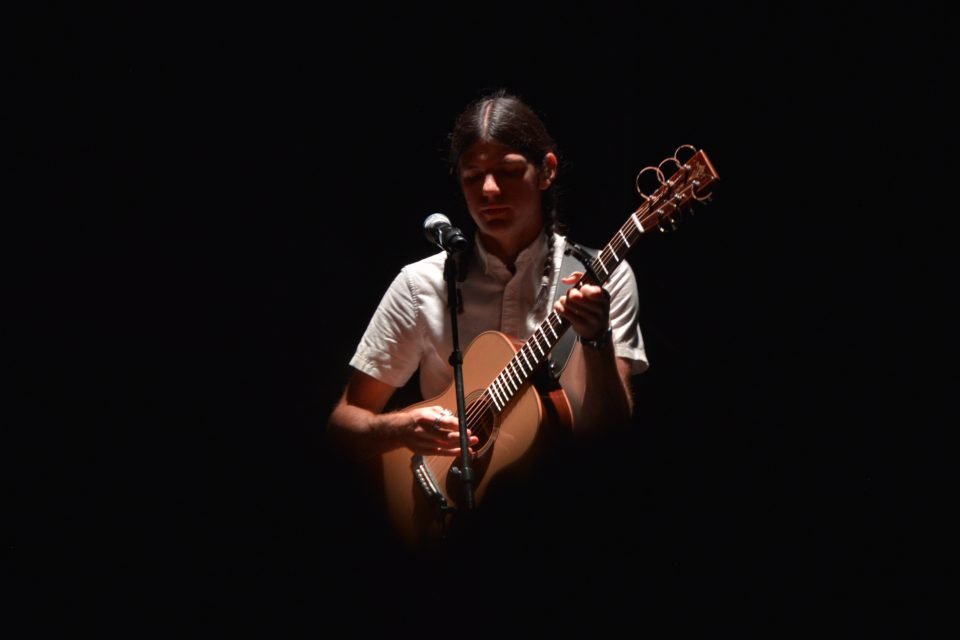 The Avett Brothers provide the perfect respite from a frantic world.

I ravenously consume music, absorbing its vibrations, harmonies and messages, so I guess it’s strange that I’ve been alive for 17 years and until Friday night had never been to a live concert. Well, at least that’s what my friends told me when they found out.

I also enjoy cooking, and thus have picked up a cook book or two in my days. But as any starving person knows, a picture of food is of little excitement when presented with a buffet.

I stayed in the afterglow of his warm words long after I left the venue that night.”

I was first exposed to their music through my mother about five years ago. Of course, because she’s my mom, I promptly decided I would not like them purely on principle. And as much as my 12-year-old self wanted to succeed at loathing their music, that plan ultimately failed.

I don’t remember much from my years before middle school, but I can vividly picture cleaning our house with my family as my mom’s “Cleaning Songs” iTunes playlist played in the background. Along with Train and Plain White T’s we would listen to a multitude of songs from The Avett Brothers’ album “I and Love and You.”

When I first heard The Avett Brothers would return to Roots n Blues this year as the capstone performance Friday, I was indifferent. I knew I would be at the festival covering vendors, spectators and exhibits as a journalist, so sticking around until nine o’clock just to watch them play seemed less than exhilarating.

I spent the evening doing Q&As with people in the various venues, then left at 7:15 to get dinner and go home. My mom could tell I was reticent to return to the festival after our leisurely meal. Her love for the band, however, outweighed my exhaustion, and we went back to Stephens Lake Park.

After biking from a side street, we ran down the hill to the Missouri Lottery Stage. I would have been happy to hang out by the lighted ferris wheel because the audience was massive. Bundled up against the chilly fall air, I, instead, weaved through the crowds until I found a place to stand near the stage.

While I appreciate music, my first thought when I got to the concert area was, ‘Wow, they are so loud!’ I could feel the drum kicks in my bones, each beat like a miniature earthquake reverberating through my body and into my heart.

In the crowd I felt invisible, as if I could disappear into the swaying, singing mass of bodies.

Each song was different. Some invited listeners to sing along, while others had the power to make the entire crowd mute. Their voices were strong, but the words they sang made me feel vulnerable and open. When they got to “Head Full of Doubt/Road Full of Promises,” I could feel a burden fall off of my shoulders and tumble to the ground where it got lost among thousands of shuffling feet. Never before had I felt so connected to a throng of complete strangers.

Some songs were loud with bright lights and fog, while others were simple and understated. All of them were honest, earnest and authentic.

A clip from the Avett Brothers’ speech.

After The Avett Brothers finished, the crowd cheered until the band returned to the stage for an encore. When Seth Avett spoke, his words were sincere and open. It seemed as if he were bearing his soul to the audience because he believed they would understand what he meant even more than what he said, sharing a message of simplicity and kindness.

I stayed in the afterglow of his warm words long after I left the venue that night, his perceptions resonating with my own moral compass, calling me to focus on what really matters in life instead of becoming caught up in the chaos and distraction of the world around me.

I suppose one of the reasons I love music so much is that each note and line and artist holds the key to a part of who I am, whether I know this or not. Friday night’s The Avett Brothers performance unlocked a door inside of my heart and mind, allowing me to better understand who I am and what I value in uncertain world I live in.

Take a look at the incredible concert. If you click on an image, it will load larger. Photos by Bailey Stover.

What is the story of your first concert experience? Let us know in the comments below.