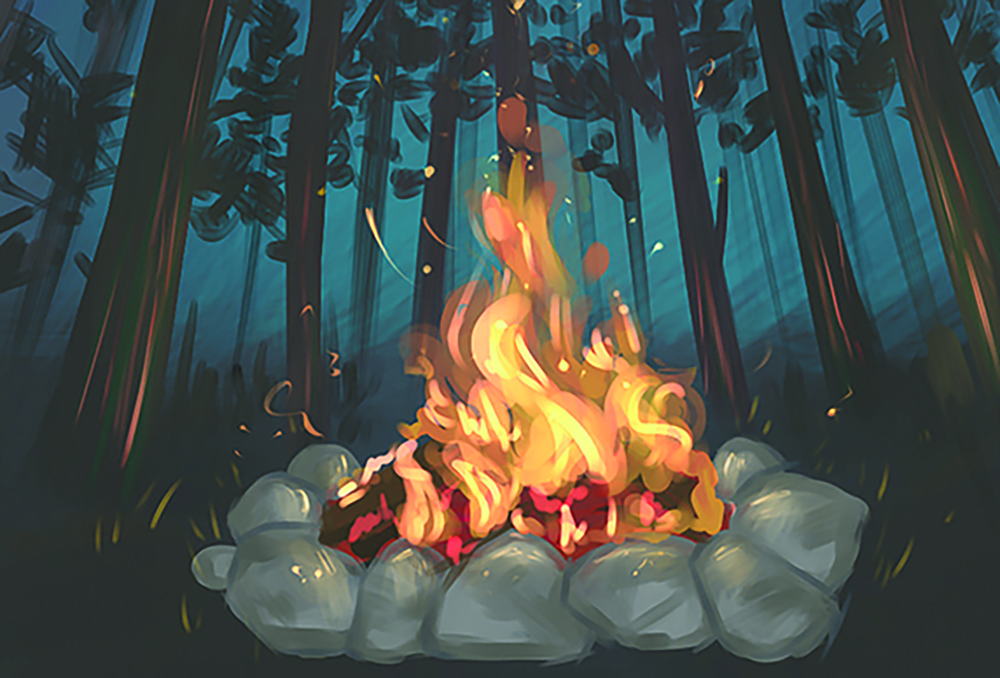 Walking through the hallways, sophomore Owen Dack feels comfortable. As an open homosexual who prefers they/them pronouns, they embrace their sexuality and identity. Dack trusts their peers will not discriminate against them.

In late September, as Dack cut through the cafeteria to avoid the crowded commons, they passed a group who, at first, Dack thought nothing of. Then, Dack heard a remark that made them rethink their safety at school.

“The loud sounds of everyone yelling over each other almost seemed to hush just for me to hear it. And as my hand is on the door to push it open I hear the word ‘faggot,’” Dack said. “As I opened the door, everything became so much louder, and my chest got tight, and I gripped my bag closer on my back in case it was me they were talking about.”

Dack’s body carried their lagging mind to class feeling paralyzed. The freeze approach is less known than the fight or flight reactions, according to an article in “Psychology Today,” a mental health website. The brain responds to stress-inducing moments based on the external stimuli that triggered the release of adrenaline in the first place. Professional counselor Dr. Leeann Pennington applied these responses to one’s possible reaction during an intruder situation.

“Depending on the person that you are and the resiliency that you have, personality type, lots of different factors and variables will take place. You may decide to fight with that intruder: throwing things, fighting physically. You may choose to flee and hide, try to get away, try to escape,” Dr. Pennington said. “Or you may freeze and just stay wherever you are at  in hopes that it doesn’t impact you. So I think, depending on what’s going on, your reactions could be different. People could react differently even in different traumatic reactions. Any traumatic reaction you look at, it’s probably in the category of fight, flight or freeze.”

Dack’s response falls mainly into the flight category. Though their mind froze up and an overwhelming feeling of daze clouded their thought process, Dack’s body carried them away from the hurtful situation.

“When I was walking through the halls by myself I heard the word ‘faggot.’ I’ve never felt more scared at school.”

Even before the incident, Dack was acutely aware of the hate surrounding LGBTQ people, including glares, exclusion and textbook bullying. Last year, Dack’s friend lost his backpack and later had to sift through trash for more than an hour because some other students threw it away. This year, an upperclassmen shoved Dack’s boyfriend and shot rude remarks at him.

While people close to Dack have been bullied at school, Dack has never experienced hateful comments directed toward them.

When the vulgar incident happened, it broke Dack’s barrier of safety, and they said it felt like a stab in the chest.

“When I was walking through the halls by myself I heard the word ‘faggot.’ I’ve never felt more scared at school,” Dack said. “[Even if] the word wasn’t even directed toward me, I froze up and got super tense, and I wasn’t sure what to do. The only thing on my mind in that moment was just to keep walking.”

For the rest of the day, the slur lingered in the back of Dack’s mind. But because Dack was unsure who the slur was directed toward, Dack resisted escalating the situation.

While Dack’s experience was out of their control, people with PTSD often attempt to escape their emotions by shutting their feelings down. Sophomore Quinn Tyler intentionally attempted to escape her emotions by avoiding thinking about her father’s death. In the seven emotional stages of loss, “The Huffington Post,” a news site, found numbness is stage two following shock.

“I was still really young [when my dad died], so I didn’t really realize how it was going to affect me,” Tyler said. “For a few weeks after [his death,] I just was real quiet and worked on just trying to avoid realizing how it affected me.”

Tyler’s father passed away in 2009 after a heart attack at home. After he died, Tyler felt confused and stayed home for several days. For elementary aged children, Kidshealth.org, an informational medical site, found confusion is among one of the most prevalent responses to death as they are still learning to understand what happened to the people who passed away.

At just six years old, Tyler’s life got flipped upside down, and her adolescent senses had to play catch-up to what happened around her. While Tyler’s mind swarmed with bewilderment, Dack’s senses fell into an ever growing crater in the ground, swallowing Dack’s thoughts and emotions in an instant under the luminescent lights of the cafeteria.

“I felt stuck, like my body was moving, but my mind couldn’t move on,” Dack said. “I was walking to [world history,] and it felt like only a split second had passed after I heard the word that I was in my first hour class hearing about a lesson.”

The jump from one event to another without realizing the amount of time that passed is another symptom of PTSD, though it tends to occur closer to the triggering event, “Live Science,” a news site, found. The reason why time seems to slow down during intense moments is because of a neurological or psychological “trick” on one’s own mind, according to an article in “Psychology Today.”

“I felt stuck, like my body was moving, but my mind couldn’t move on.”

“[When a traumatic event happens,] your breathing will go faster [and] your heart will go faster, but your processing speed slows down, and you’re taking things in at this different level due to the stress hormones that are going through your body,” Dr. Pennington said. “So your perception of time is your brain’s way of trying to take in as much detail as you can. It’s also why traumatic memories of traumatic events stay more in the forefront of our memory.”

Though she was just a child, Tyler remembers several moments from the day her father passed. A study by “Psych Central,” a psychology website, found most memories before the age of three begin to fade when the child turns seven years old. Traumatic moments, however, tend to stick to the mind longer. When her father was in the hospital, Tyler remembers sitting with her siblings in silence, while a million thoughts plagued the room. Later, her mother returned to pick them up to take Tyler and her siblings to see their father. Tyler stayed behind.

“I remember that day. We had spent it at my brother’s soccer games, then we got home, and I went to take a shower when my sister came and took me to the neighbor’s house,” Tyler said. “My mom was doing CPR, and I saw a fire truck. For the most part, it was just a blur.”

The whirlwind Tyler underwent, however, is not always associated with negative experiences, “Psychology Today” said. When life becomes obscure, the best people can do is hold onto stabilizing support systems.

Encouragement often comes from friends, family or religion. Regardless of what supports them, after a dizzying event people remain stable as their body reacts to the event.

The only assistance Dack had in fleeing from the homophobic situation was the power of their own body going into “survival mode.”

“[I felt like] my heart was burning ice, sizzling, and my brain was falling behind. I was walking like my body was on autopilot, and my mind, my consciousness, was [floating],” Dack said. “After my first hour I had A lunch, and the whole time I just wished I was invisible like no one could see me [and how it affected me]. My whole day [I] was on autopilot. I wasn’t all there. My body took me places, and I just sorta went with it.”

How do you respond to stress and trauma? Let us know in the comments below.

Ann Fitzmaurice is an Editor-in-Chief for the RBHS journalism department. Along with journalism, she is in the front ensemble in the marching band and plays bassoon in wind symphony. She is also a Young Democrats co-president, GGO, Tri-M, Bruinthon, Girls who Code, National Honors Society member and cat lover.