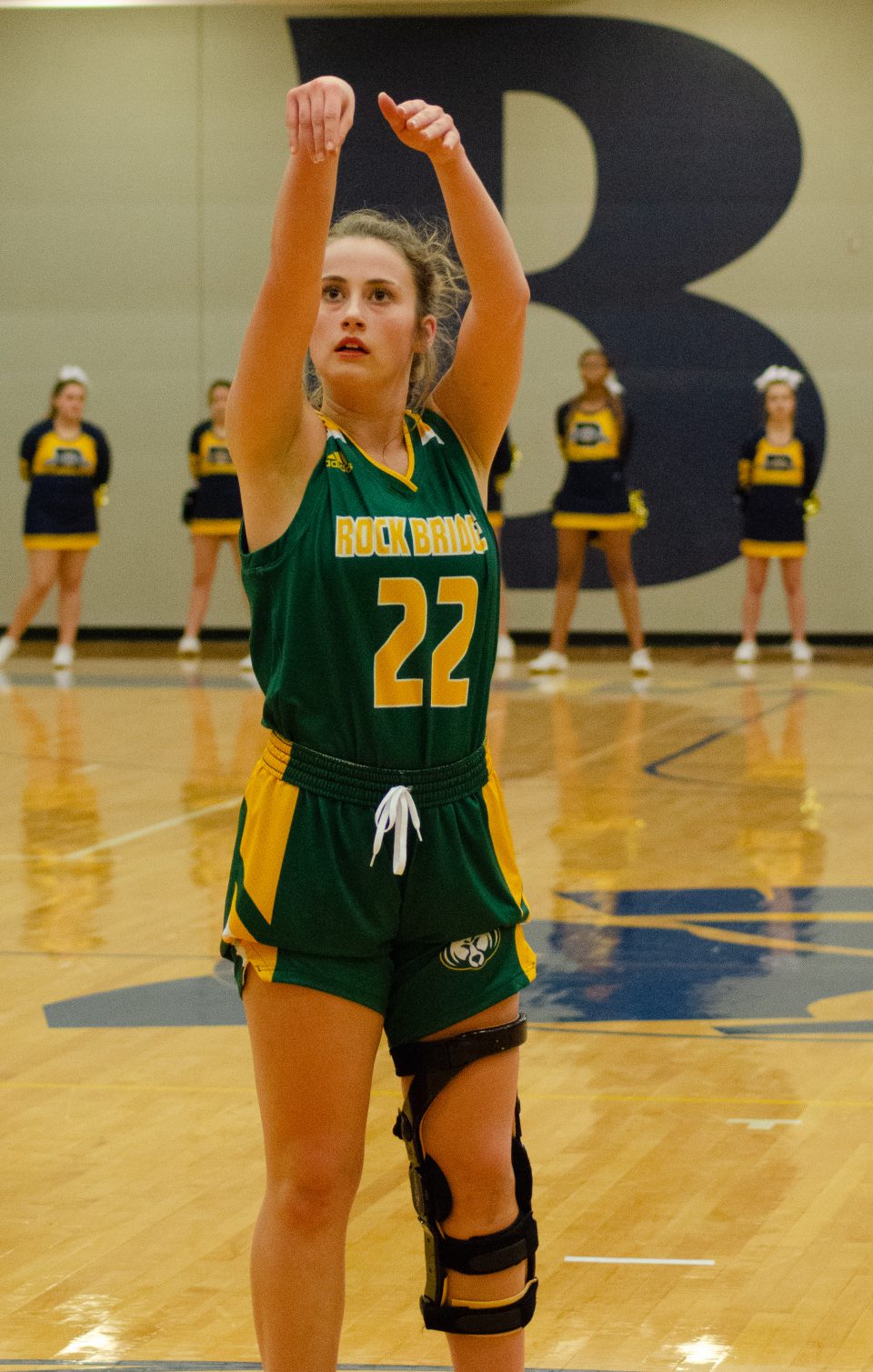 Girl’s basketball swept the court last night winning their game against the Battle Spartans with a final score of 68-20. The Lady Bruins going into the game were building off a record of 4-2, and beforehand the team watched film of the Spartans team studying their key plays in preparation for Wednesday’s game. Junior guard Samantha Mackley said she and her team will work better with each other as the season progresses.

“We did scout just like we do for every game, making sure we know key tendencies of their team,” Mackley said. “We also really tried to focus on executing what we have practiced and working to focus on our keys and goals for this game.”

Despite struggles with communication and passing, the team dominated the scoreboard with a 21 point lead by half time (12-33). Junior forward and guard Eryn Puett says it was a good game for them, but the team can improve their gameplay by coming out stronger for both halves of the game.

“In the beginning we struggled with reversing the ball and getting it in the middle,” Puett said. “By the end we started to connect passes and make really good shots.”

Varsity Coach Jill Nagel noted similarly to Puett saying the team got off on a rocky start but soon realigned their strategy in order to prevent rushing on shots.

“Once we did such and settled it I liked what we were able to do offensively with our looks,” Nagel said. “Defensively we did a nice job taking their first and second options away.”

Mackley added on to Puett and Nagel, saying the pickup in the third and fourth quarter really showed the skills they have practicing as a team.

“Especially in the second half we were seeing our teammates making the playing we have been working on in practice.” Mackley said.

Junior forward Caitlin Hayes says one of the teams biggest problem comes from theirs greatest strength. Better communication and constant growth in skill, Hayes said, will solve the minor mistakes and improvements still needing to be made.

“We’re a fast team and we need to learn how to be a fast but controlled.” Hayes said.

Preventing regression in game style and teamwork is a point of concern Hayes raised restating the importance of continuous communication. Puett has her own personal and team goals for the remainder of the season in order to better equip the team for the long season ahead.

“A big goal we’re focusing on right now is keeping more box outs and not letting them get offensive rebounds.” Puett said.

Nagel continued, saying the girls are ultimately working to win districts and set new and updated goals after each and every game. Building upon previous games throughout the long season, Nagel said, is a part of the process and its important to focus on that aspect more then the final result.

“Personally my goal is to help each individual to become a better version of themselves as a person and basketball player.” Nagel said.

With the game at an end Hayes concluded that the team played really well together and everyone did their part to pull of a massive win for the bruins.

“We played really well together as a unit but there’s always room for improvement.” Hayes said.

Were you at the Lady Bruins game on Wednesday? Let us know your thoughts about the teams performance in the comments below!

Ethan Hayes is a senior and editor for the editorial section. Ethan enjoys going to the movies and hanging out with friends.