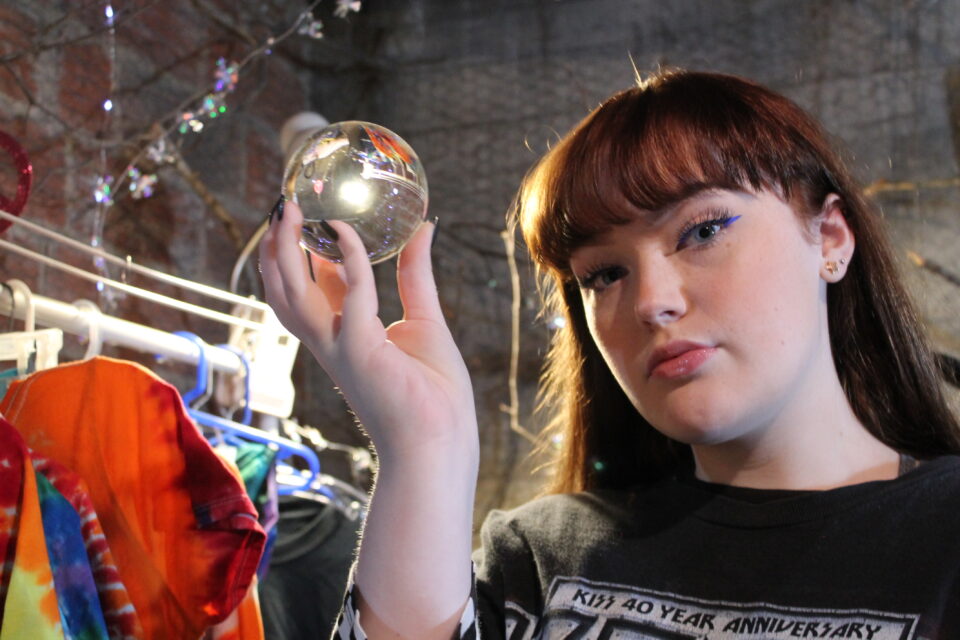 To reflect can mean a variety of things. For an artist it may mean the reflection off a lake. Or for a psychologist it may mean to look back on. It can mean what you want. With that being said, it is also up to interpretation for a photographer, which is why I decided to take this photo challenge head on.

The photo illustrates an artistic approach on the interpreting the meaning of reflection. Here I used the crystal ball to help me illustrate a more literal definition than say the psychological one. The symbolism of the girl holding the crystal ball illustrates how humans can reflect on their past and shows how the word can take on separate definitions.

The framing of the photo allows the viewer to interpret the meaning in many different ways, which I wanted. There’s something about an open ended question that leads to creativity which is what I wanted to invite. Not every person is going to feel the same, or be drawn to the same pieces of this photo, which is what I was relying on when shooting this.

The use of lighting draws attention to the crystal ball but also to the model. Having the light source centered in the middle of the glass ball allows for it to reflect its surroundings in a 360 degree way. Flipping the image we see completely upside down. The model’s eyeliner matches the the primary colors that cover the backdrop of the photo showing a cohesive color pattern. By contrasting the predominantly black outfit she it wearing with the vibrant colors seen in the background the viewer’s eye is drawn to both the crystal ball and to the girl. The way the crystal flaked branch in the background frames the crystal ball helps lead into the focal point of the photo.

What I wanted to achieve by sharing this photo, and its meaning to me, is two things. One, I wanted to take a fun approach to an open ended theme and show photographers that you aren’t confined to the basic mirror photos and I wanted to encourage creativity. Two, I wanted people really to think about what the word reflection may mean to them in their everyday lives, as I think that we don’t do nearly enough reflecting.

“Reflect upon your present blessings -- of which every man has many -- not on your past misfortunes, of which all men have some.” -Charles Dickinson