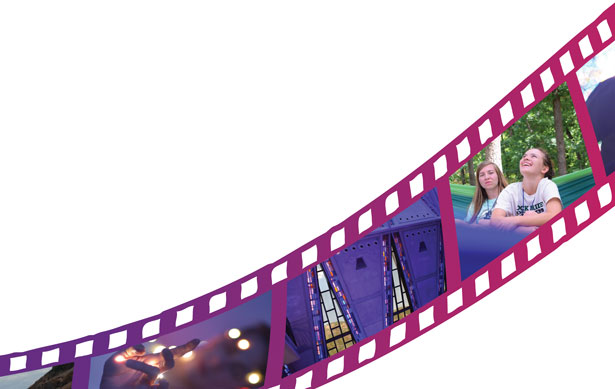 The good, the bad and the ugly

Although today’s adolescents grew up in the age of the internet, the era of social media is more recent than teenagers may realize. Social media cannot exist without widespread online communication, making the platform a late-20th and early-21st century phenomenon.

One of the first social media platforms, Six Degrees, launched in 1997. Friendster followed soon after in 2002, as historycooperative.org reported. Shortly thereafter, the professional networking site LinkedIn made its appearance in late 2002. In fall of 2003, MySpace came on the scene, though with Mark Zuckerberg’s Facebook, the site’s popularity declined. With its 140 character limit, Twitter came about in early 2006.

While these sites influenced thousands of Millennials and those of Generation Z, today’s 18 to 24 year olds and adolescents are significantly more familiar with platforms such as the 2010 creation, Instagram and the 2011 multimedia messaging app, Snapchat, according to a 2018 study by Pew Research Center.

Crisis counselor Lesley Thalhuber has experience helping mediate conversations among students, which are sometimes the result of miscommunications caused over social media. In her experience she has found students often turn to their devices to “fill in bored times.” She said when a group of people is more comfortable texting than talking, it can be difficult for one person to “go against norms” and initiate a face-to-face conversation.

“The research that I’ve been reading says that, as the social media use increases, so do the symptoms of depression and anxiety, which gives me great concern because I walk in the building every morning, and I see all students in the North Commons area with their heads down on their phones,” Thalhuber said. “And I know in classrooms I hear teachers struggle with it, and I just really worry that we have unleashed this beast on our youth without knowing how to restrict the use [or] encourage other types of social interaction.”

For students such as sophomore Claire Swindle and junior Bailey Stelzer, the primary social media sites they use are Instagram and Snapchat, though Swindle also said she has Pinterest and YouTube. Stelzer said he has Instagram and Snapchat because everyone else he knows does. He uses his phone to communicate with other people and play games. 54 percent of teens and 36 percent of parents reported they spend too much time on their cellphones, according to a 2018 study by Pew Research Center. Stelzer estimates he spends an average of about four hours a day on his phone and checks it about once every one to five minutes.

Stelzer said he first got a phone while in sixth grade after he told his parents he “needed one to be able to text them,” but his mother said they gave him one to share with his twin brother in either seventh or eighth grade. In reality, however, he said he just wanted a phone “because everyone else had one.” While he tries to be off his phone by 10 p.m., Stelzer said most nights he usually stops using it closer to midnight.

Stelzer said his father’s method of monitoring his phone time “didn’t really work ‘cause I just took my phone back. I mean, I use it as an alarm, so that’s my excuse for taking it.”

On average, children get their first smart phones when they are 10.3 years old, and most attain their first social media accounts when they are, on average, 11.4 years old, according to Influence Central’s 2016 Digital Trends Study. For Christmas of her seventh grade year, Swindle’s parents gave her a phone, making her one of the last people in her friend group to have one. She said her parents were sick of her being unable to communicate with them since all she had was an iPod Touch.

“It was a surprise when I got it, but I was kind of expecting one soon, but my parents always held off on it because they didn’t want me to, like they didn’t think I needed social media and technology at such a young age,” Swindle said. “And I’m glad that they made me wait, I guess, because then I was more excited to get my phone when I got it.”

Both Stelzer and Swindle said they keep their phones out of reach while doing homework so their devices do not distract them. Even when not in use, the presence of one’s smartphone reduces his or her available cognitive capacity, according to an article in the Journal of the Association for Consumer Research. Unless she is listening to music, Swindle will keep her phone face down or in her backpack during class so incoming notifications do not interrupt her learning. Of teens, 44 percent often check their phones as soon as they wake up, according to a 2018 study by Pew Research Center.

Swindle does her best to not be on her phone late at night and makes a conscious effort to not check it as soon as she wakes up. Instead, she chooses to enjoy her morning and start her day without technology.

“I’m really good about not being on my phone a lot during the school day, but after school, like if I don’t have a lot of homework, I’m honestly on my phone for probably, like, I’d probably say I’m on it for at least three hours a day,” Swindle said. “It adds up at night, like if I’m constantly going on it in 30 minute increments or whatever, it adds up really quickly.”

The more he is on his phone, the more anxious and lonely Stelzer feels. While he said he can not speak for everyone, when he talks to people over text or Snapchat, he almost feels like it is not enough and should be spending time with them in person.

Of teens, 42 percent in the United States said they feel anxious and 25 percent feel lonely when they do not have their cell phone, while only 17 percent said they feel happy or relieved without their cell phone, according to a 2018 Pew Research Center study. In boring or potentially emotionally uncomfortable situations, Stelzer said he often turns to his phone for entertainment rather than engaging in conversation with the people around him, especially if they are strangers.

“I know I try to get the perfect photo for Instagram, and I’m sure everyone does that, so it’s not like everyone’s life is super glamorous all the time. It’s just Instagram shows the perfect parts of it.”

For hard conversations, social media and electronic communication allow him to not have to speak to someone face to face. This allows him to mask his emotions and put on a “fake face.” Stelzer said it is hard to navigate breakups, but it is better to “pull up your big boy pants and take the heat” with an in-person dialogue rather than end a relationship over text.

“I ended things with someone over Snapchat once, and I wish I did it face-to-face to talk it out better, but I don’t really know why I didn’t,” Stelzer said. “I just didn’t want to go say it face-to-face because it’s a lot easier to say it whenever you aren’t talking face-to-face.”

Because social media and texting allow people to avoid in-person interactions, Thalhuber said it is easy to misconstrue the meaning of a message. Without a tone of voice, facial expressions or body language, she said someone can easily read a message in an unintended way.

Along with transportation barriers for some students, she said many people are used to being in the habit of relying on their devices and conversation methods on there, rather than their faces, to communicate.

“It seems people have a lot more courage to say cruel things when it’s not face to face but with a screen,” Thalhuber said.

Even though Swindle has never had to deal with drama or breakups because of social media, she is no stranger to the variety of accounts that promote self-destructive or emotionally damaging behaviors. Sometimes she said she does not think she takes enough photos for her Instagram account, but at the same time, she does not feel a “constant pressure” to have the “perfect feed” or post photos daily or weekly. Aware of how social media can be used to spread negativity, Swindle said she would not post anything she thinks would bring herself or other people down. She is also careful to avoid following accounts that promote such behavior.

“[Social media are] a great opportunity to express your thoughts and yourself and stuff, but also it is an opportunity to compare yourself, so I think that there are certainly pros and cons of having social media just because a lot of things that are put on social media are the perfect picture or the perfect vacation, and you just see all that, and you’re like, ‘What? I don’t have this or this or this,’” Swindle said. “. . .But also on the upside of things, I think you can definitely see a lot of positive things on social media and just positive boards, and you can certainly learn from a lot of people’s stories that they put on there.”

In this day and age, Stelzer echoed Swindle’s sentiment and said a lot of people use social media to compare themselves to what they see on Instagram and Snapchat, and he is no exception. He said if he sees something exciting on Instagram, such as someone else’s “cool vacation,” he can become jealous.

“I know I try to get the perfect photo for Instagram, and I’m sure everyone does that, so it’s not like everyone’s life is super glamorous all the time,” Stelzer said. “It’s just Instagram shows the perfect parts of it.”

“It seems people have a lot more courage to say cruel things when it’s not face to face but with a screen.”

A strong proponent of the “technology break,” Thalhuber is concerned with the addictive nature of phone and social media use, especially in adolescents. She said social media allows people to see pictures of their friends hanging out without them, causing them to feel excluded. Thalhuber said if people are left out of an experience they can feel a sense of rejection and isolation.

“Life is full of the good and the bad and the ugly, not all smiles and happy and good times,” Thalhuber said. “So I think we end up having unrealistic expectations of what our lives are supposed to be if we compare ourselves to a life that’s not real. I just feel like, again, a lot is misunderstood with this. A lot is left out.”

While she has seen “a lot of scandalous things on social media,” Swindle said what someone chooses to post is his or her choice. For her, the problem comes from the comments other people make about another person’s post. While she may not personally agree with what people choose to post on social media, Swindle said it is not her place to put a hate comment on someone else’s post and judge them.

What is the role of social media in your life? Let us know in the comments below.

Student reflects on social media use, impact on adolescents