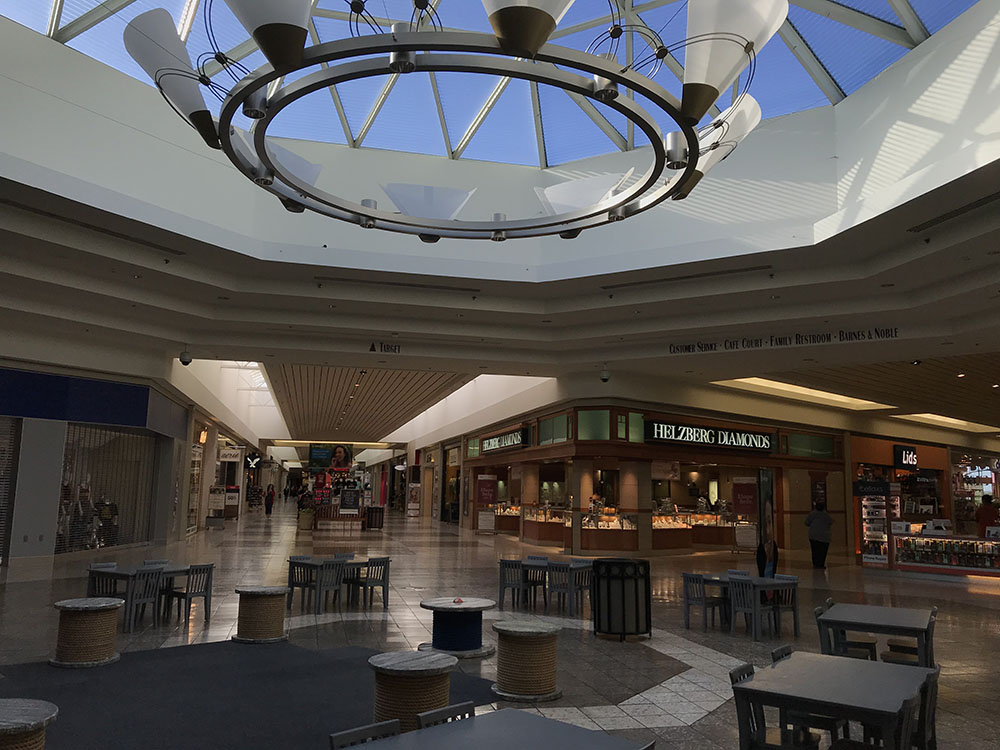 The Columbia Mall is home to about 85 stores with more than 10 empty storefronts. Stores such as Sears and MC Sports have closed and if recent trends from around the country prove true here, more may follow.

Malls are being put to rest as more online stores like Amazon and eBay take more of the market share. Mall activity has decreased from 89 percent in 2010 to 73 percent in 2019, according to Streetlight Data Shopping Mall Statistics.

The mall was once full of teenagers who were working, out with friends or having fun shopping. Now fewer than 30 percent of teens work according to U.S. Department of Labor Blog.

As technology takes over, retail and instore shopping decreases,and more teen jobs are at risk. Retail store closing rates have risen from five percent in the late 1900s to 12 percent in 2019 according to the retail monthly release made by the United States Census Bureau Sept. 13, 2019. Freshman Yogev Angelovici, a student who has grown up in Columbia, has seen the decrease in mall activity over the years and expresses how he feels it will have a negative impact.

“I mean, I feel like it negatively affects cause having the mall it’s like the stereotypical teenager job,” he said. “It’s kind of easy for a teenager to go and get it and be productive and get to find out how the real world works and be able to gain some money and do things like that.”

Still, many teenagers frequent the mall whether it be shopping or working. More than 50 percent of teens worked during the summer to earn their pay, according to the U.S. Department of Labor.

Freshman Sadie Montgomery uses her experiences with the local mall for her own personal gain. Montgomery works in The Arcade, which is in the Target wing. Expanding, it will become  Level Up and move to the JCPenney’s wing. She said the mall is efficient and easy to get to for work.

“Over the summer, I got to learn to manage my money and be more responsible,” Montgomery said. “I was also able to gain some work experience.”

Similarly, Rusty Strodman, the manager of the mall, believes the Columbia Mall is still buzzing with activity and open for business. Though brick and mortar stores are taking a hit, Strodman said that doesn’t mean the end is in sight for the building on Bernadette Drive.

“There will always be a need for that real life shopping experience,” he said.

Technology and real life retail still fight for dominance within the job industry. If technology were to completely push out in-store shopping, many teenagers will have a hard time trying to find their first job to gain experience. The mall provides this space where teenagers can learn how the real world works and how to operate or work for larger corporations.

“Technology is taking so much money from people who could get a job at the mall and there’s not a lot of opportunities for teenagers to work,” freshman Katie Koopman said. “Some of them need to help support their family. I want that opportunity to do that someday”.

Angelovici hopes the mall offers opportunities for both shopping and employment. But mainly he wants the access that comes with multiple stores in one location.

“I don’t think that it [closing down the mall] completely takes away that option. I think it makes it harder for people with a lot of workload to just find somewhere else to be where as the mall it’s a really easy place to go and just find a job,” Angelovici said. “So I think it just goes from a centralized place to spread out but that does have a negative effect on how conveniently people want those jobs.”

How do you think online shopping has affected malls? Let us know in the comments below.