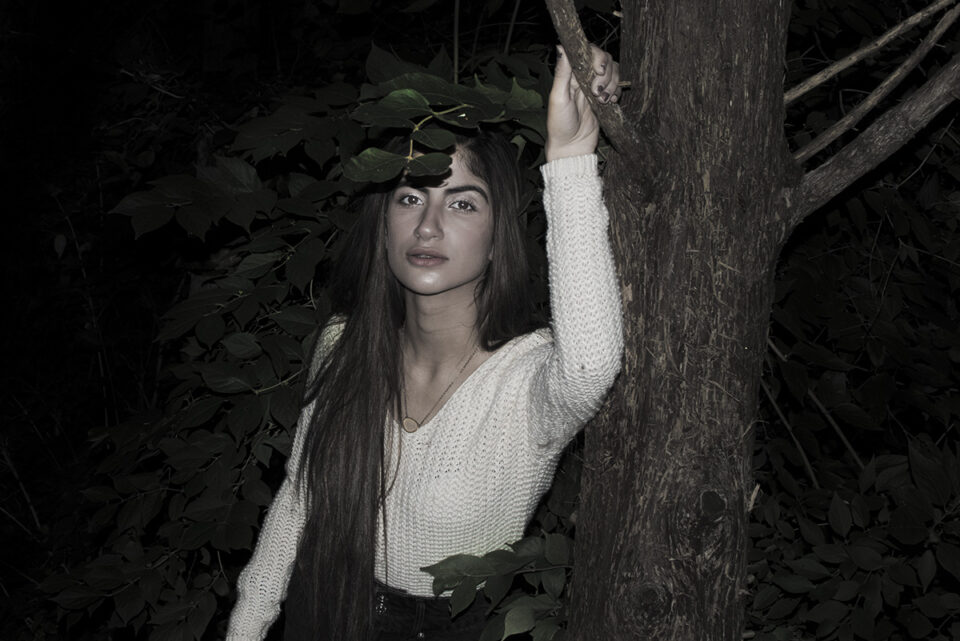 Oblivion can bring an overwhelming feeling as the word hits one’s ears. As the connotation of the word has long since carried a heavy meaning. The word is a sudden reminder that one day my name will fade away, a realization of family names already forgotten. While it once made me feel overwhelmed, it no longer does. As I think about the word I think of music. In 2013, one of my favorite bands released the album “All This Bad Blood,” which includes the song “Oblivion.”

I remember listening to the track over and over in my room as I tried to visually encapsulate its essence, imagining what movie or scene this song would be the background to. I kept looking up examples of Vogue shoots, as they frequently use this style of photography. I wanted to do a black and white image or a rustic photo of my subject. The lead singer’s sweet, melodic voice and falsettos led my mind to a field of flowers. All I could think of as the chorus rang in ears was a girl dancing, spinning in circles as if she is trying to escape her reality, and the exact questions the song was asking.

I soon realized I didn’t have any flower fields near me and was going to have to make do with what the land around provided. My mind then jumped from an open field to a young girl darting among the trees wearing white. I knew I wanted the image to be black and white and contrast the dark, wintering woods to the white top worn by my subject.

“I continued to listen to the melody as I was taking the photos to try and maintain the image I had in my mind and capture it in real life; however, I worried my photo wouldn’t do the song justice.”

The black and white held a significance for me as I never seemed to hear this song in color. I can envision many scenarios for many songs, but I was never able to see a scene that captured the essence of this song in color. All the images and clips that played through my mind seemed to have a gray hue that shrouded them.

I found this made my photo shoot more difficult as I needed to think about how my images would look in black and white. I continued to listen to the melody as I was taking the photos to try and maintain the image I had in my mind and capture it in real life; however, I worried my photo wouldn’t do the song justice. “Oblivion” had been part of my childhood and shaped a new understanding of the word for me. I worked to position my model in childish poses and asked her to run behind trees and act as though she were playing hide and seek. After a couple of these shots, I tried to capture the run-away side of the girl in the image I had imagined. I asked my model to attempt and almost curl into herself, as though to escape and disappear from the world, and then throw herself outward toward it as if to say, “Come get me.” This expression of specific emotion allowed me to capture the photo I wanted.

After an hour of trying to take the perfect photo, I finally had a few I wanted to use. It was a tedious process of capturing her performing the same movements repeatedly, but the product, I believe, speaks for itself. I am glad I challenged myself in this photo shoot, and it was something I truly enjoyed. Capturing the essence of one art form in another was surprisingly difficult, but I think it gives the viewer a glimpse into both my mind and a different look into the song.

What song lets you lose yourself in oblivion? Let us know in the comments below.

on Trump withdrawing troops from Syria