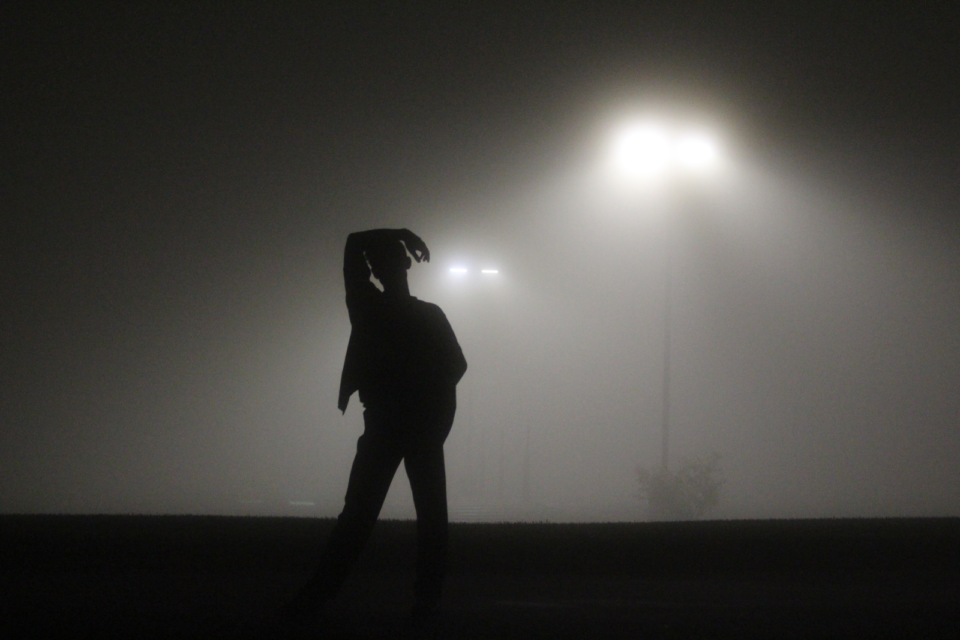 Sleep is my favorite state of being. Fading from daytime musings to muddled consciousness, I fall into oblivion.

The journey of sleep is dreaming. Some nights my imagination runs, off a cliff, free-falling into the sea below or laying on a cloud looking down at the tiny world beneath me. Other times I ride a lion through a lush green jungle- allowing my unconsciousness to carry me elsewhere. Frequently I reconnect with friends thousands of miles away or go on absurd adventures with people I’ve never met. I revisit moments in life that didn’t last long enough, pausing time as I played as a child, and in the chasms of my mind I rewrite the past to see how it could have played out. I am Harold, creating and coloring my own world, and I draw my perfect life on the pages with purple crayon. The shades of violet I paint are so vivid that real life pales in comparison.

I dread waking up, especially when it’s to the sound of Kanye West’s “Black Skinhead” blaring in my ear at 2 a.m., tearing me from my sweet state of sleep. One moment I am running through a Disney movie, barefoot and flying past the towering redwoods of a forest with a peppy soundtrack behind me, surrounded by fairies and flowers. The next moment I wake in bed to life in a static small town, about to plod through another mundane day.

“A strange silence rang, and the stars were obscured completely by an opaque mist. Standing outside, I felt like I had woken from one dream into another.”

Disrupting my Disney fantasy was a phone call from a family friend, sobbing and asking me to pick him up from a party. Before I could process what he was saying, he abruptly hung up. I was exhausted, but I loved him, so I dragged myself out of bed, looked up his location on Snapmap, grabbed my keys and walked straight out of my house. At 2 a.m.

Leaving my cozy house, I braced for a cold October night, but stepping into the night I thought there must have been a mistake.  A strange silence rang, and the stars were obscured completely by an opaque mist. Standing outside, I felt like I had woken from one dream into another. As far as I could see, there was only fog. The weather was strangely nice for so late in the year, but the warm temperature was not the weirdest thing about the atmosphere around me. Holding out my hand inches away from my face, it disappeared into cloudy haze. Tentatively walking on a path I couldn’t see, I slowly moved through this ethereal world. Eventually making it to my car, I set off into the white veil of vapor covering the road.

I pinched myself as I drove, a test to see if I was dreaming or awake.The pain I felt should have proved that what I saw around me was real, but nothing felt real about the grayscale ghost town I passed through. I was completely alone, as if the planet was emptied and the people forgot to tell the fog and I to leave too.

I could only distinguish the pavement from the lampposts that lined the road, lighting my path as I looked for my friend’s location, squinting to see through the thick smog. Time seemed as alien as space to me, but eventually I arrived at the right address, left the fog, and looked for him inside. Discovering a completely drugged out group of people, I pulled my friend from the party and took him into the sobering setting of my car. Finding ourselves in an altered state, one of intoxication and one of sleep deprivation, I started to drive us home where we would be safe from the deliria of night, back to normality.

Stopping at Beulah Ralph Middle School before sunrise, I paused to take a photograph, ensuring I remembered the moment. The photo I shot featured a silhouette standing out from the surrounding nothingness, in an attempt to capture simultaneous feelings of importance and insignificance.

As I took the picture, the otherwise silent night was filled with our laughter, singing, and the clicks of a camera shutter. Yet the sounds we made faded into the void of fog. Although the dark background set a stage for the lamplight that shone on us, no one was there to see us.

My friend started playing music from his phone, and I checked to see how the photo turned out. Flipping through the camera roll, I began to question why we were in the deserted parking lot of a middle school in the middle of the night. What was I doing there? Why was this how I spent my time? I had enjoyed that night, like so many others, but I felt disappointed in myself and the photo as they had no real significance. I began to feel small, and the fog turned cold.

“Did I better the the world I walked in? Did I make a negative difference? Or were my footprints solely comprised of carbon? “

Leaving my friend to play with my camera in the parking lot, I wandered until his music faded and the light dimmed. Feeling the weight of the whether I mattered and my camera hanging around my neck, my outlook looked down and my head sank with it. Seeing my shuffling feet, I wondered about each footprint I made. Did I better the the world I walked in? Did I make a negative difference? Or were my footprints solely comprised of carbon?

I lost track of time as these dismal thoughts drifted through my consciousness, and I let myself get lost until the light from the school was merely a speck. Overwhelmed by the negative turn the night had taken, I sat down and sucked in a constricted breath. Distracting myself from the dark detour I had taken, I focused on my breathing.

Although it was pitch black, I was laying down, my eyes were closed, and I was overwhelmingly sleep deprived, I couldn’t fall asleep, further confirming my suspicions this whole ordeal had been a dream. When I accepted sleep wouldn’t come, and that I shouldn’t fall asleep in a field with my car unlocked and a friend waiting on me, I opened my eyes to a much different scene.

Enough time had passed sitting there that Columbia began to wake up, and lights shone from distant houses as well as the faraway lamp my friend sat beneath.

Focusing on the glow ahead of me, I started back toward the middle school. It was too beautiful a night to waste on being sad, and I had a friend to get back to; friend who I had kept safe, a friend who I had been there during ups and downs, a friend whom I had made a positive difference on.

The closer I got to the soft light of the middle school, the clearer I could see my friend’s smiles and cartwheels and the more happy I became. Laughing at his antics, I no longer felt like the sound of my laughter faded into obscurity. After the serious shot before, a silly photo shoot was mandatory to properly conclude the end of our adventure. Taking blurry, terrible photographs the SD card was out of storage, the rest of my time at Beulah Ralph was enjoyable, not existential.

Once more this magical night, my friend’s ringtone interrupted my reverie. It was time to go.

Knowing I kept my friend safe and realizing that I had made a small, positive difference by driving him made that night mean more to me than just fun. I didn’t change the world, but I had contributed to it. Reaching for my friend’s hand, we swung our arms and skipped back to the car.

I felt more significant than ever.

How have you made a difference? Let us know in the comments below.