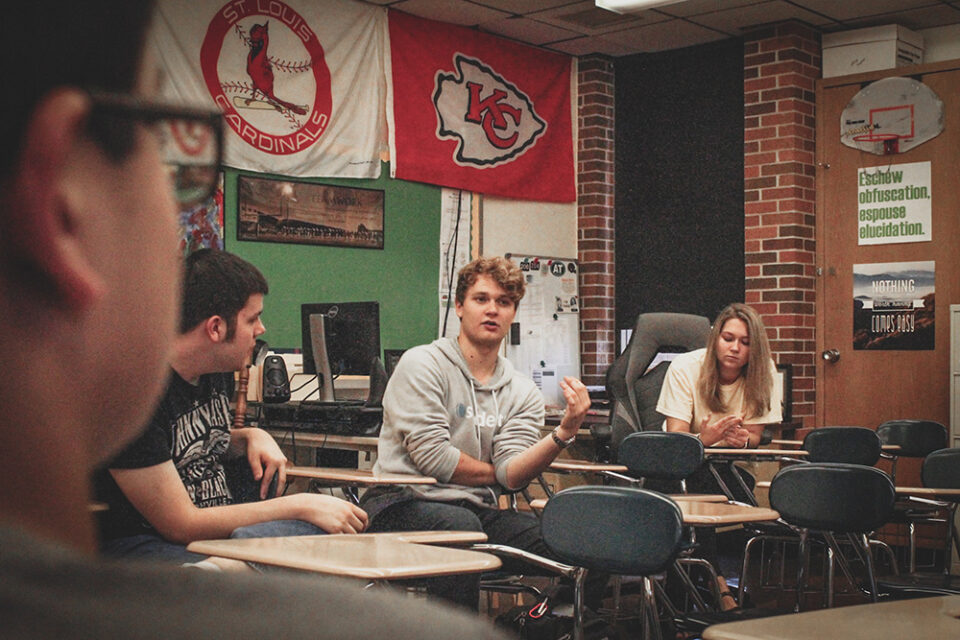 In the latest installment of political clubs, students can now join Young Moderates, a club made to end political polarization at Rock Bridge. Meetings will begin Wednesday, Oct. 23 with future meetings held every other Wednesday afterward.

Senior Grace Dablemont, the president of the organization, created Young Moderates in response to her day-to-day observations of political polarization at Rock Bridge and its effects on inter-student relationships.

“It broke my heart to see so many students cut off all contact and opportunities for [a] relationship with those of the other political party,” Dablemont said. “Looking back now, I wish I would’ve started it earlier on in my high school career, but I never had the courage to lead a project like this.”

Serving as a means of creating a less hostile political climate at Rock Bridge, Young Moderates has received great feedback from both ends of the political spectrum. As the president of Young Republicans, junior Hannah Rettke believes Young Moderates is an excellent establishment, along with other political clubs, for students to recognize where they stand politically and begin to truly care about world issues.

“I think on a smaller scale (compared to the whole younger generation) a club such as Young Moderates helps Rock Bridge immensely with the political polarization [issue] by allowing for a middle ground,” Rettke said. “It’s too early to tell but I sure do hope that we can collaborate and work together more between the other political clubs to have mature discussions and share beliefs on issues in which we’re passionate about.”

“It’s possible that a third party could emerge out of a movement like Young Moderates if both Democrats and Republicans continue on the current trends towards polarization,” Irwin said.

With both ends of the political spectrum backing its inauguration, Young Moderates is set to quell political polarization at Rock Bridge by becoming a welcoming place for the nonconformists of the student body, a sobering resolution for students and teachers alike.

“With an increasing[ly] hostile social environment here in the United States, the introduction of nonpartisan groups and communities is essential to the success of a peaceful political climate,” Dablemont said. “I think by starting this club, we are opening the doors to a less hostile political climate, and encouraging peaceful, open conversations with those who feel differently about certain topics.”

What do you think about the political divide in America?Let us know in the comments below.