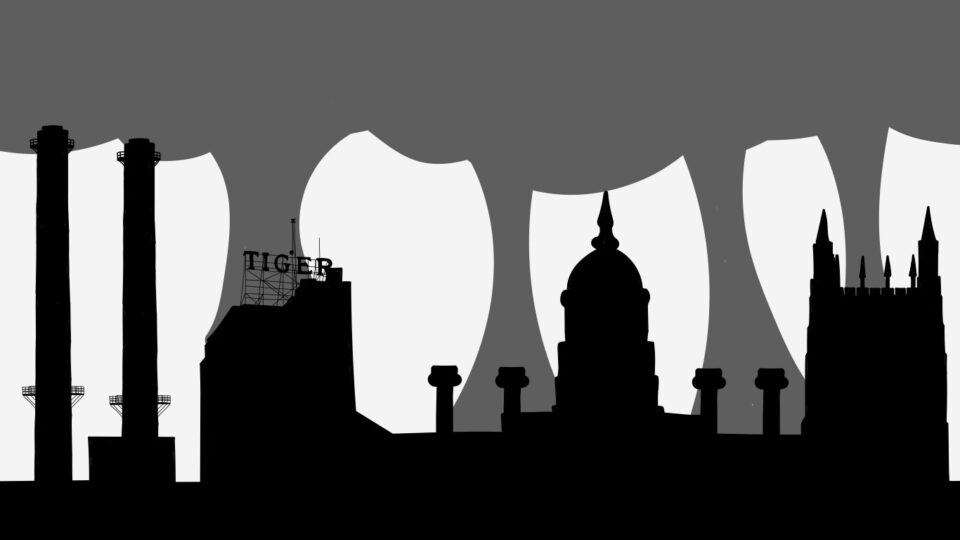 Since its birth in the early 1800s, Columbia, Mo developed as an industrial trading town. The city advanced from the introduction of factories and housing structures, and grew exponentially from the mass production and shipping of railroad parts.

Expanding Columbia at a fast rate, however, had its downfalls in terms of environmental protection. Forms of transportation used to import and export supplies, such as cars, trucks and trains, releases smoke into the air, resulting in air pollution. Industrializing the city also required creating and demolishing buildings, another process that spread burnt fossil fuels in the form of carbon dioxide. The CO2 levels then increase the overall temperature of the atmosphere leading to the global effect known as climate change.

In Columbia the effects of climate change include, but are not limited to, longer warm seasons, higher temperatures in winter and more variable precipitation patterns, such as dry and wet years, rather than a mix, according to Dr. Anthony Lupo, department chair and professor of atmospheric science at the University of Missouri—Columbia. Columbia is 3-5 degrees Fahrenheit warmer than its immediate surroundings. This is a result of the urban heat island effect, where an area consisting of cities is warmer than the rural community around it. Heat islands are detrimental to human health, because of the constant change in temperature, and may lead to issues in the respiratory system. Lupo said the storm drains are being overused and damaged due to Columbia receiving heavy amounts of rain at each fall.

“The climate has been changing the weather and evolving for much longer than Columbia’s existence, and it will continue to do so,” Lupo said. “But of course the growth of Columbia’s population and manufacturing has led to a stronger local impact on temperature too.”

Dr. Neil Fox, a professor of atmospheric science at the University of Missouri—Columbia, has also studied Columbia’s climate over the last few years, including watching weather patterns and keeping track of rainfall.

His research concluded that the wet and dry seasons within the city have become either significantly longer or shorter. Fox said the change in temperature has been noticeable to people because of the extended warm period. The long-term effects of this temperature progression include an increased chance of drought and flooding in the area. Fox said global repercussions play a large role in the process of global warming.

“In the U.S. the average person contributes more to climate change than anywhere else this is hard to change without changing entire systems.” Fox said. “It will take concerted worldwide efforts to reduce the climate change that is already underway.”

He said options for addressing the problem include reforestation, building practices involving concrete and developments in transportation and food production. Along with mass transit and electric vehicles, he said using fewer animal products and more locally sourced produce are just a few ways for citizens to contribute to the solution.

Senior Hope Keithan leads environmental coalition, a student-run club dedicated to supporting recycling and composting at RBHS. In addition to emptying and replacing the recycling bins around the school, environmental coalition raises money for local programs such as the Columbia Center for Urban Agriculture. Keithan’s interest in pursuing environmental studies in college led her to co-lead this organization.

“This past year I became really passionate about climate activism and issues involving sustainability,” Keithan said. “And I think people look to environmental coalition in regards to keeping Rock Bridge clean, safe for the environment and wise about the environmental effects of our actions.”

“Active participation of citizens, universities and governments is necessary to move toward a climate-friendly, socially resilient and economically viable society, but youth are important stakeholders and play a crucial role in fostering climate literacy and building community resilience.

-Dr. Christine Li, assistant professor for the school of natural resources at the University of Missouri—Columbia

Keithan interest sparked while taking an AP Environmental Science course, and fueled her enthusiasm about supporting the climate. While Keithan works at the school level, assistant professor for the school of natural resources at the University of Missouri—Columbia Dr. Christine Li works to promote environmental change in the local community. Li is a part of the national lead team for Climate Choice, an organization created by the North American Association for Environmental Education with the goal of encouraging constructive conversations around climate change. In charge of introducing the project to Columbia, Li said she hopes these discussions will spark the need for action in people, specifically teenagers.

“Active participation of citizens, universities and governments is necessary to move toward a climate-friendly, socially resilient and economically viable society,” Li said. “But youth are important stakeholders and play a crucial role in fostering climate literacy and building community resilience.”

Li recruited 11 youth climate ambassadors who she, along with the rest of her team, will provide with hands-on educational workshops for the 16-25 year olds to learn about scientific climate data provided by the Missouri Climate Center and Climate Choice. Her goal is for the young adults to conduct forums and gather research within the local community by the end of the sessions.

“We will empower youth in using scientific data fostering their climate literacy,” Li said. “And we will use deliberation to enhance community resilience and outreach to community members.”

While Fox prefers going about answering the issue of climate change through farther reaching efforts, he said Columbia can help out as well through projects like Li’s. He has experienced the community’s attempts at encouraging energy efficiency by promoting the use of bicycles and buses.

“The city has been committed to replacing fossil fuels in power generation by wind, solar and other renewable sources of energy,” Fox said. “So I think that Columbia has been quite forward-thinking in its approach to climate change response.”

Do you see issues involving climate with Columbia? Let us know in the comments below!

Is it too late?