Changes in global phenomena have long played a role in shaping Earth’s climate. During the intensely cold Neoproterozoic period, 600 to 800 million years ago, glacial giants and vast expanses of ice dominated the planet’s surface, according to NOAA Climate.gov, an organization that intends to promote public understanding of climate science.

As a result of volcanic activity caused by moving tectonic plates, this frigid era came to a sizzling end when the earth warmed to an average global temperature of 90 degrees Fahrenheit, compared to an average of below 60 degrees today.

In the past, global warming and cooling often occurred slowly over periods lasting thousands of years, according to the Aspen Global Change Institute, an organization that promotes discussions about Earth systems science. Today, however, burning fossil fuels, farming and other human activities contribute to increases in greenhouse gases, such as carbon dioxide (CO2), amplifying the rate of global warming.

“The major event that has affected climate change is the industrial era,” which began in the late 1800s in Europe and America, because of the increased use of fossil fuels, according to Don Day, a retired Natural Resource Engineer from the University of Missouri Extension–Columbia. He said one effect of the rise in CO2 emissions is an increase in global and ocean temperatures, which contributes to changes in climate.

Sophomore Gillian Barrett also said fossil fuels contribute to climate change. Barrett is a member of Environmental Coalition, a club she said “is all about promoting recycling with the overall goal to create a healthier environment at Rock Bridge.” The group holds meetings every other week.

“I would definitely say that larger companies are the biggest contributors to climate change because they are the ones producing plastics and releasing fossil fuels into the environment at such mass rates,” Barrett said. “I think industrial countries tend to have the greatest impact on the climate just because they use so much energy, which is created by burning fossil fuels and therefore are releasing more harmful gases into the environment.”

As far as countries with the most pollution, Pakistan, India and Nepal rank near the top, according to World Populations Review, an independent organization that provides access to demographic data.

“Germany is bad because they have a lot of old coal power plants, and they have to rely on that, even though they’re investing a lot of money into wind and solar because the past couple years they haven’t been creating enough energy,” Kang said. “In fact, they’ve been producing less renewable energy.”

In January, after failing to meet energy reduction goals, Germany announced its plan to close 84 coal power plants over the course of 19 years. While the country’s increased emphasis on renewable energy fosters hope for the state of the environment, coal remains the world’s top power source for electricity because of its affordability and abundance. The growing human population, Day said, further contributes to the increased use of fossil fuels. He said fossil fuels in transportation exacerbate the problem.

Efforts to improve vehicle efficiency, however, continue to grow. Tesla, for example, installs their electric vehicles with software to optimize the battery pack and utilize materials that require less power, according to the Californian media company and lifestyle brand Teslarati. While Kang supports innovations in transportation, he said concrete buildings, as well as other forms of modern infrastructure, damage the environment.

To produce cement, the world’s leading construction material, large amounts of carbon dioxide are emitted, according to Chatham House: the Royal Institute for International Affairs, an institution with goals to promote sustainability. In addition to consuming and emitting large amounts of energy, Day said many homes occupy more space than necessary.

Did you know?
Deforestation is a result of agricultural practices, mining and drilling, forestry and urbanization. Cattle ranching and farms, specifically soy plantations, are one of the main reasons for deforestation in the Amazon.

A combination of natural factors, like overgrazing and wildfires, and human factors, such as urban sprawl, can lead to deforestation as well, even when unintentional.

While crucial to civilizations, construction and clearing land for human activities pollutes and destroys habitats according to the World Wildlife Foundation. Land cleared in the Amazon Rainforest contributes to fires, which in turn threatens indigenous groups, animals and the climate according to phys.org, the science and technology platform for the news network Science X.

The recent fires in the Amazon Rainforest also release CO2 into the atmosphere and eliminate the trees that absorb it. Furthermore, the fires are intentionally man-made. Slash-and-burn agriculture, a form of farming where forests are cut down and burned to make room for livestock and act as a fertilizer for crops, creates forest fires and intensifies the effects of global warming in areas such as the Amazon Rainforest, according to phys.org. Human-created fires in the Amazon Rainforest, however, are not the only events in agricultural history when irresponsible farming practices amplified the effects of climate change.

“Farmers tilling land that should never have been plowed,” Day said  caused the 1930s Dust Bowl in the United States. The wind picked up exposed soil during the drought, leading to devastating dust storms according to History.com.

Reduced tillage and other modern agricultural practices, Day said, decreased the amount of erosion from cropland. As a result, he said cropping operations require less fuel. Certain greenhouse gases, though, continue to plague the climate.

Another reason Day said some people fear large livestock operations is because of regulations that control manure runoff. Factory farm runoff containing excrement from livestock as well as other contaminants is one of the main causes of water pollution in the U.S. according to People for the Ethical Treatment of Animals, an animal rights organization. Day said he worries “that there are efforts to reduce the regulations that keep livestock operations from polluting our waterways.”

To combat negative agricultural effects, Day said people could reduce their meat consumption and rely on vegetarian diets. He said meat production requires more energy and resources to produce than vegetables. He does not, however, “push for total elimination of livestock production” because some land is “not suitable for crop production and is only suitable for grazing.”

The culmination of burning fossil fuels, raising large quantities of livestock and other human activities contribute to climate change. As the issue continues to expand, Day said communities, especially those near oceans, are more “susceptible to hurricanes.” Besides loss of property and lives, “many people will likely be forced to move to other locations,” which Day said could put a strain on resources.

When Category 3 storm Hurricane Katrina hit the Gulf Coast in 2005, hundreds of thousands of people lost their homes and almost 2,000 lost their lives, according to history.com. With its close proximity to the ocean, the city of New Orleans was especially vulnerable to levee failure and flooding.

In the case of future disasters, Day said decreasing fossil fuel consumption will “reduce the rise in ocean levels” as well as “reduce the number and intensity of storms.” He also said utilizing forms of alternative energy could be helpful. Today, many forms of renewable energy exist, including but not limited to solar, wind and hydro power, according to Alternative Energy, a group comprised of supporters for alternative energy methods.

“I think nuclear energy could be used to a greater extent,” Day said. “There are ways to recapture the spent nuclear energy that would generate electricity and significantly reduce the nuclear waste. This would need to be closely regulated.”

Experts such as Day are not the only ones who think it’s time to take action against climate change.

“The Earth will not have enough natural resources to provide for the ever growing population of people and animals,” Barrett said. “Reducing single use items, such as plastic and paper, as well as decreasing water consumption could help slow down the increasing temperatures in the atmosphere, giving us more time to think of a better long term solution for the problem.”

What company owned the oil prospect that led to the Deepwater Horizon oil spill? 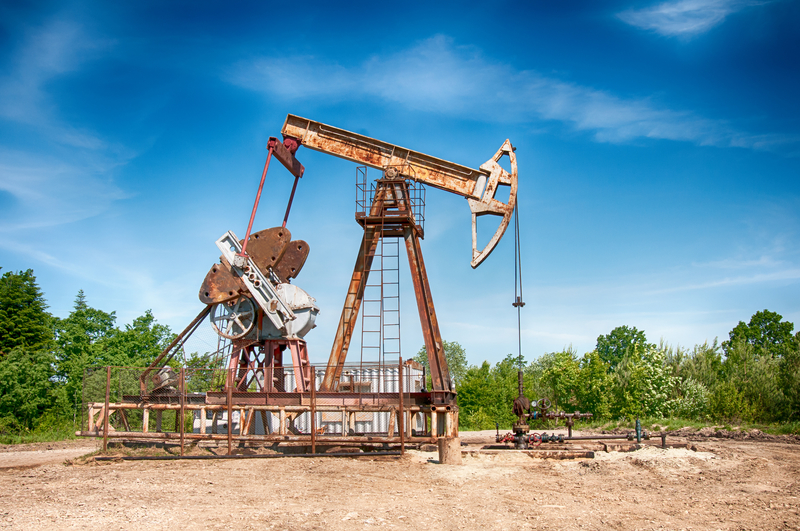 BP is the owner of the Macondo Prospect, where the largest marine oil spill in the history of the petroleum industry happened in 2010.

What are the two nuclear energy disasters that are rated at a level seven, the highest severity? 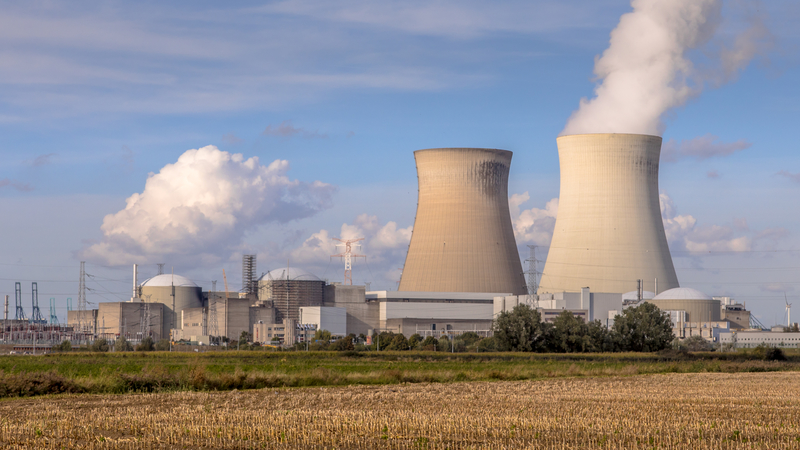 The Chernobyl Disaster and the Fukushima Daiichi Disaster are the only two nuclear energy disasters to be rated at seven.

The Chernobyl Disaster began during a test on which type of nuclear reactor? 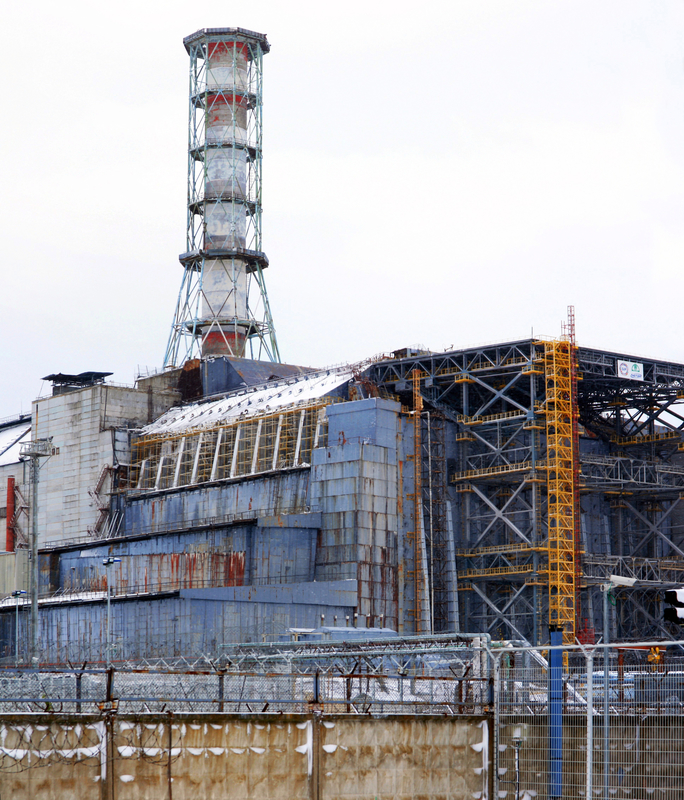 Who caused the Kuwaiti Oil Fires 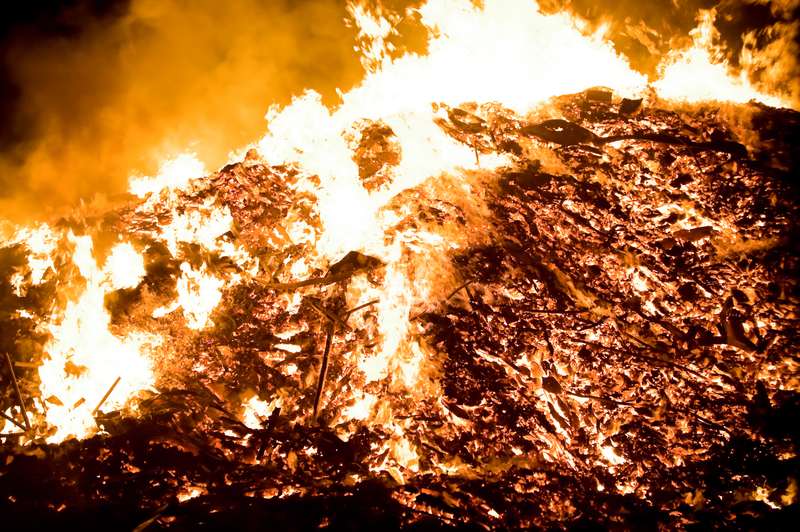 Iraqi military forces caused the Kuwaiti Oil Fires. The motive was a dispute between Iraq and Kuwait over slant-drilling: The practice of drilling non-vertical wells.

What city does the Cuyahoga river reside in? 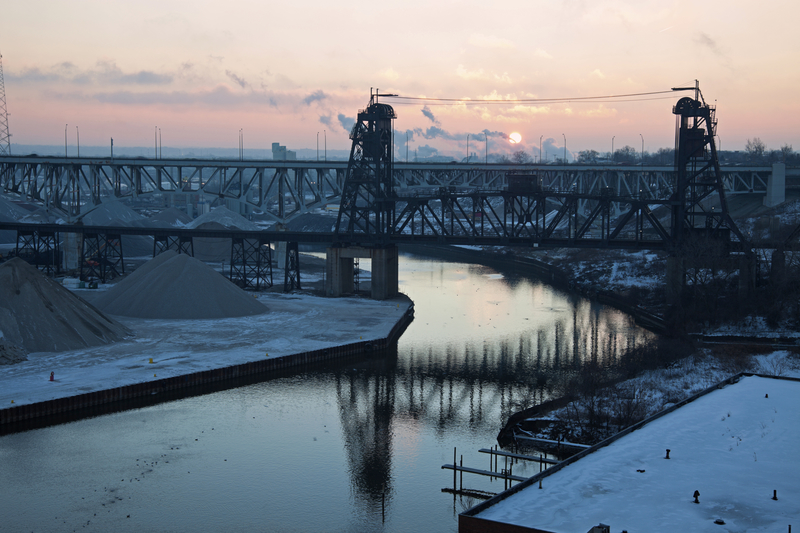 The Cuyahoga river runs through Cleveland, Ohio. Cuyahoga river is famous for the "Cuyahoga River fires." The river was heavily polluted with industrial waste, causing a section of the river to catch on fire. The event was a leading factor of the American Environmental Movement.

How much do you know about major environmental disasters?
How did you do? 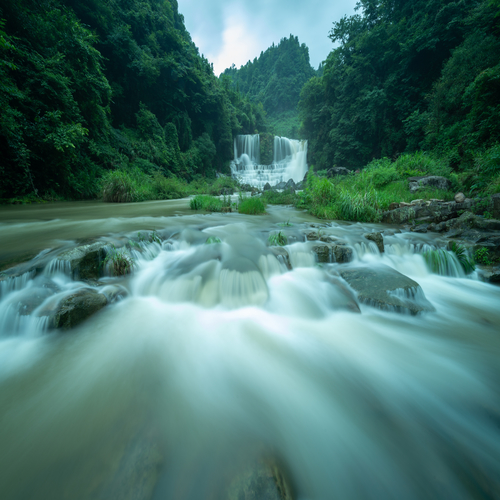 Do you need to learn more about environmental disasters? See your results!

How do you think human relationships with climate have changed throughout history? Let us know in the comments below.

As population increases, so do Columbia’s climate concerns

Say goodbye to a white Christmas