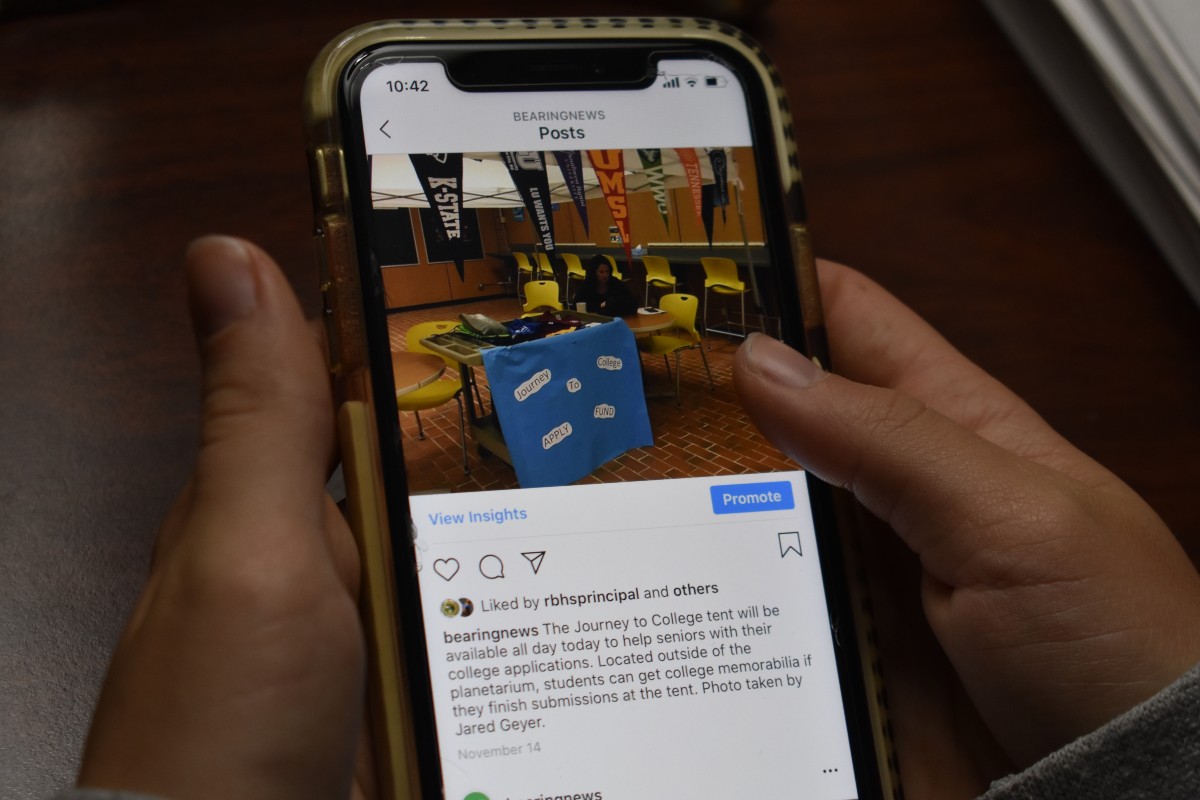 Last week Instagram, a social media app, removed like count from posts in the United States. Instagram likes first disappeared in Canada last May and then expanded to several more countries including Australia, Brazil, Ireland, Italy, Japan, New Zealand and, as of Nov. 10, the U.S, according to Later.com, an Instagram marketing platform.

Instagram said the move is designed to shift the focus away from making the app feel “like a competition” where users compete to see how many likes they can obtain on a given post. Instagram’s CEO, Adam Mosseri, said “the idea is to depressurize Instagram,” and make it a space that’s “more focused on connections, conversations and community, especially for young people,” according to Later.com.

The likes don’t automatically appear under the post, however. Instead, users will have to tap “others” beneath the post.

Likes will not be disappearing completely. They will just be hidden to followers, users can still view their likes per post on their personal accounts. The likes don’t automatically appear under the post, however. Instead, users will have to tap “others” beneath the post.

The new decision prompted a lot of controversy from users around the world. In the words of American rapper Cardi B, “It’s a big ruckus right now that the likes on Instagram are getting taken away.” The celebrity continued by speaking on how “commenting culture,” where all people are invited to weigh in on all issues online, can have negative ramifications and emphasized how more can be done about the social media impact on mental health. Likewise, Kim Kardashian West, an American media personality, agreed with the removal of Instagram likes.

Nicki Minaj, an American rapper, however, said she will refuse to use Instagram since likes are now removed. She went to Twitter to protest, “I’m not posting on IG [Instagram] after this week cuz they removing the likes. Hmmmm what should I get into now? Think of all the time I’ll have with my new life.” Kardashian West also pointed out that “it could have a negative impact on celebrities and influencers, who often earn a bulk of their money from the amount of followers and interaction they have on a post,” according to later.com.

Mosseri said removing likes is “about young people” and making social media a space to “focus on connecting with the people they love, the things that inspire them” even if the decision results in lost revenue.

What is your opinion on Instagram's removal of likes?

“At first, I don’t know what I was thinking, but the likes being gone was nerve racking. Like not being to tell how many, but then it also doesn’t matter really. I don’t really care who is liking my photos. I am just posting to keep people updated on my life and like if they like it or not, it doesn’t matter to me. It isn’t going to end my day or anything.”

“I feel like it’s more for, not insecure people, but I feel like a lot of people take that into their heart about likes. If they don’t get enough they’ll delete it.”

“I am not a big fan of it because I stalk a lot of my friends. I just kind of want to like compare their posts to mine. I guess it’s something that is just really cool to know.”

“I feel like it boosts people’s confidence. Then they don’t have to have the stress on their shoulders about, ‘what would other people think of me if they saw I only got this many likes on this post and my friend got that many likes’. They’re not like counting their likes and comparing it. Like if their friend and them go out to a party or something, and they like post a picture of them going to the party, and they post it at the same time. They wouldn’t be like ‘oh man we both posted at the same time and my friend already has this many more likes than I have’ or ‘I have this many more likes than they have.’ It’s a lot less competitive and you don’t have to compare yourself to others.”

What do you think about Instagram’s removal of likes? Let us know in the comments below.

As I doze into sleepless slumber

I think that Instagram made the right choice by removing the likes because so many of my friends are so consumed with trying to get more likes than everyone else. Now it is harder for people to compare themselves to others.

In the past, many of my friends have expressed feeling insecure or upset about the number of likes their posts received in comparison to others. I agree with Vivian and think that Instagram removing likes would help people to not stress out over their posts.