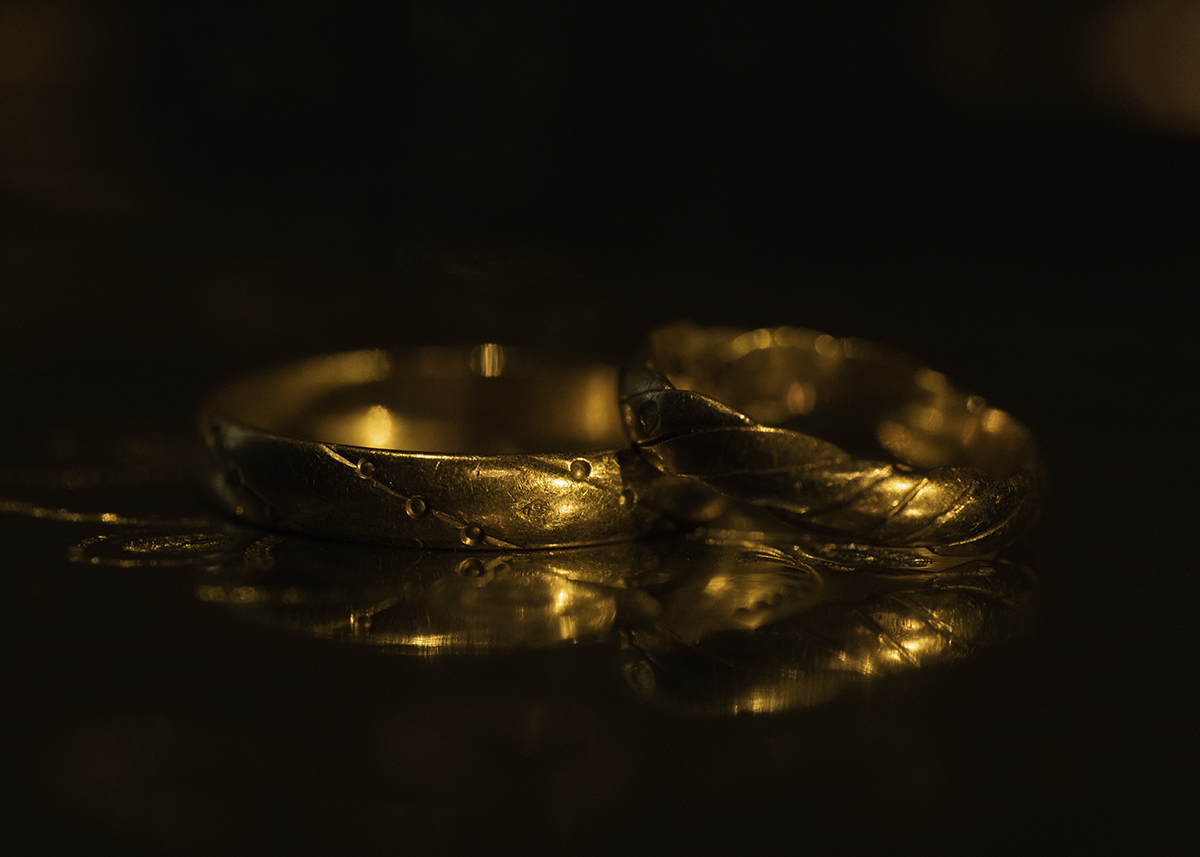 My parents met at a party my mom threw in graduate school. Her friends were going out later that night to dance and planned to meet up at her place beforehand to snack on cheese and olives while waiting for everyone to show up. Her friend group consisted predominantly of international students: German, Indian, Polish, Egyptian, Algerian, you name it. They were headed to a European bar. It was one of the only bars around that had that cultural background;  she described it as “a hidden gem.” Her previous roommate brought my dad along.

“My first impression of your mother. . . I don’t know,” he said. “She was playing and messing with everyone at the party. It wasn’t flirting; it was joking. She likes to mess with people.”

My dad describes my mother as a free spirit that “wasn’t complicated. . . she just wanted to have fun.” 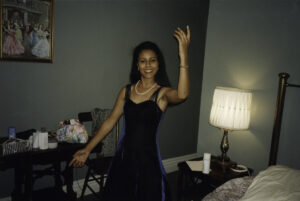 My mother is a descendant of the first king of Morocco and a member of the Idrissi family. She spent the first four years of her life living in Dar al-Makhzen in Rabat, Morocco. Her blood is royal and you’d know it by talking to her. It’s evident in the way she carries herself: you can balance books on her head and her diction demands your attention.

My dad knew of my mom before they even met because of all the parties she threw.

“I would go to her party with hundreds of international students and I’d be ‘The American,’” he said. “She was very well known around campus, extremely dedicated to school and her career.”

The way he told it, it sounded like she would never sleep, instead spending her days studying and nights partying. She made friends easily, sitting down and striking a conversation with anyone that would listen, a skill she still holds onto today. Often she wanders off and we’ll find her chatting with a new friend. 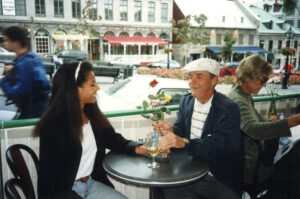 My dad has always been characterized by his knowledge, a quality which attracted my mom to him. He’s dedicated not so much to his career as he is to learning. He’s always working on a project. This month he learned how to brew wine and cider, last month he spent his free time photographing hummingbirds.

“I always found him very amusing, he just made me laugh,” my mom said. “He was different than anyone I knew at that time, he was just himself. On our first date he invited me to a bookshop.” 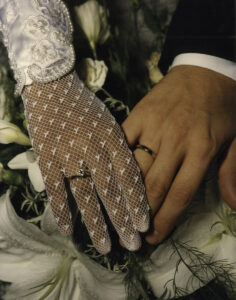 My father in particular has a profound fondness of reading; as a result our house is filled floor to ceiling with books on topics varying from paleo cooking to astrophysics, so naturally he wanted to share that with my mom.

“I called her a few days later [after the party] and asked her to come to this old book mill with me,” he said. “Their motto was ‘Books you don’t need in a place you can’t find.’ On the way there, we got pulled over because my car wasn’t inspected, her friends had a long talk with her after that. They thought I was trouble.”

It turns out this became a repetitive theme as they got pulled over on their second date, and again on the way to pick out my mother’s wedding ring after being engaged two years later.

They seemed to never follow a plan. For them, it was more fun to go see what happened without a plan than to go with a plan and be disappointed.

“We would leave Saturday morning with nowhere to go, just to get out of the house,” my mom said. “And before we knew it, [it] would be after midnight and we would just be getting home.”

On their honeymoon, they just showed up in Quebec with no schedule or solidified idea of what they would do there, not even caring on the location in particular.

Fast forward two years to their first born, my brother Adam. Then followed my other brother Ryan and finally me.

“You don’t depend on people and don’t expect people to depend on you, you haven’t changed much.”

“You’ve never needed to or wanted to rely on anyone, as a kid you didn’t want anything to do with our help.” my mom said. “You taught yourself how to read, coming home everyday after preschool and writing out the alphabet, and then small words, then bigger words and so on, you potty trained yourself. Even today your happiness is completely self reliant, depending on people has always secondary for you… You don’t depend on people and don’t expect people to depend on you, you haven’t changed much.”

My mom then went on to talk about my brother, describing him as what seems like a polar opposite to me. 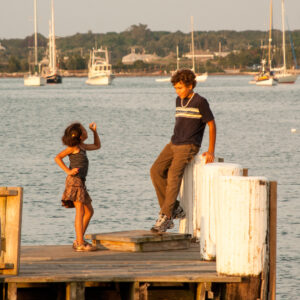 “Adam always took his time to do anything. He does not make a decision without some serious thinking. He was always affectionate and a deep thinker. He hasn’t changed much either,” she said. “As a kid, Adam was a rule follower, once he set a rule for himself he’d do anything in his power not to break that rule. He gives deep and serious consideration into every decision. You, on the other hand, tend to act first and think later.”

My parents had us later in life for a reason: they wanted to raise children without being children themselves.

“By having you guys in our late 30s,” my dad said. “We were able to just have fun with you guys, it wasn’t as terrifying.”

My parents are both very passionate about their work, if they’re going to give their limited time to someone they’re going to do it right. They are very encouraging, they don’t care what we do, as long as we’re happy. My dad explains succinctly, telling us repeatedly “you can do anything you want, you just have to work until you’re the best at it.” 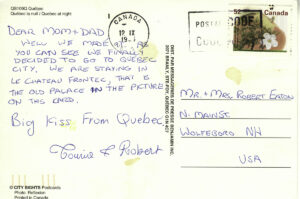 My dad was raised in a conservative Christian family, going to church six days a week and twice on Sundays. My mom was raised in Morocco, a predominantly Muslim country. Consequently, my parents are bound to have disagreements, but they never fight, it’s always a discussion. Obviously, their views on the world clashed, but it gave my brother and I an extremely diverse view on the world around us.They have very different views on the world: how it works, how it should work, but they’re good to each other.

They showed by example how to deal with people whose views I disagreed with and still find respect for them. They taught me the way to change someone’s mind isn’t through pure anger or passion. Rather, you’re trying to allow them to see the world through your eyes and at the same time trying to see it from theirs. Dante Alighieri said “the hottest places in hell are reserved for those who, in a time of moral crisis, maintain their neutrality.” It’s important to form your opinions, morals and ideals but you must always come with open ears and an open heart, that’s when people stop and listen. I consider myself privileged to have a diverse friend group. We hit every party on the political compass. Diverse from the outside in. Even if our ideal worlds don’t line up exactly right, that’s OK. Much like my parents, I hope to leave myself open to serendipitous moments and embrace spontaneous adventures.

How did your parents’ relationship influence who you are today? Let us know in the comments below.