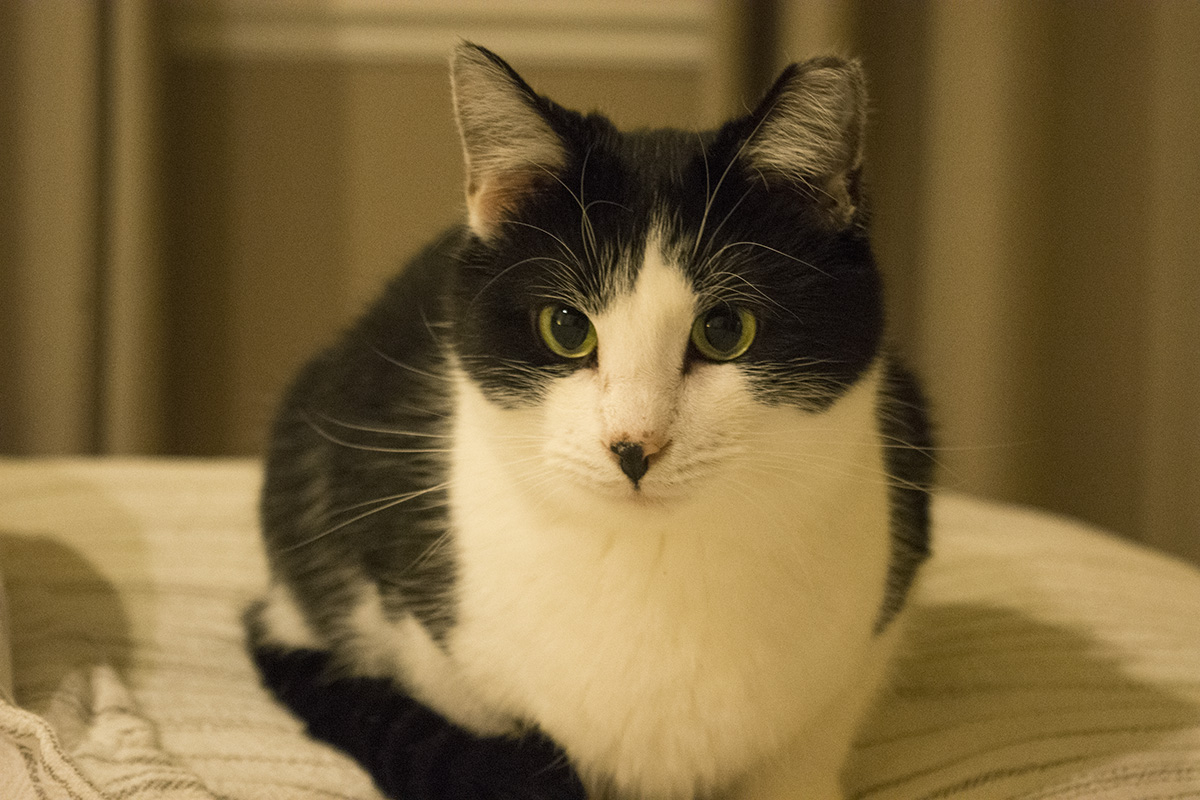 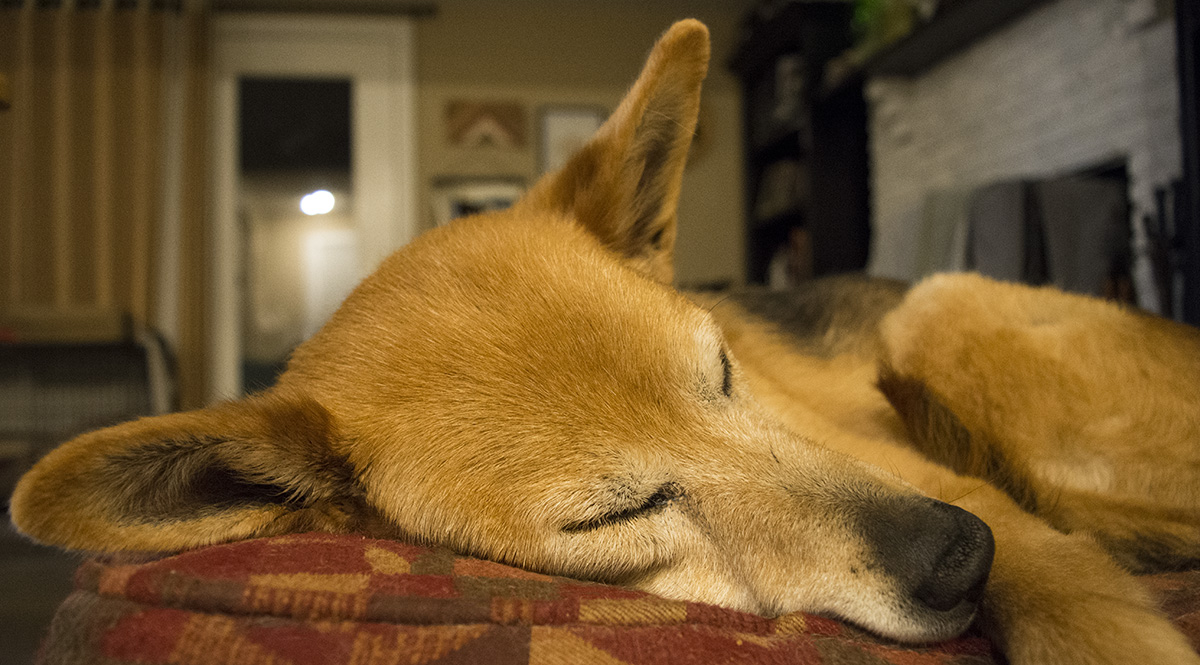 Since childhood I have always gravitated toward and found comfort in the company of animals. The wordless support they give and the warm affection they offer instills in me a sense of love and happiness that I have yet to find anywhere else.

At four years old, it felt like I had begged my parents for a dog since I developed the ability to do so. In my tiny toddler thoughts, the best animal a person could have is a dog. Their wet, shiny noses; soft, warm fur and unconditional love was the epitome of happiness, or so my friends dogs’ led me to believe when I went to their houses.

After months of chipping away at my parents’ patience with whiny complaints, they finally caved. On Aug. 22, 2006, we pulled up into the humane society parking lot with an empty back seat and left with a seat filled by a furry ball of joy.

Did You Know?
The American Pet Products Association (APPA) found in 2016 that 68 percent of U.S. households owned some sort of pet, the highest number ever reported.

Lexus, who received the name at the shelter, was around one year old when we adopted her. She was hip-level with me, a four year old, and she had chocolate brown eyes, pointy ears and brown, black and slightly coarse fur. I remember how her paws eagerly skittered across our kitchen floor, how her nose sniffed across all of our furniture and how her eyes darted around the room, taking in all of the new sights and smells at a giddily fast pace.

Lexus was everything I had ever wanted in a pet and just as my four-year-old self imagined, with her high energy and curious eyes. I was determined to make her like me.

From the first hectic night, I insisted she sleep in my bed with me, tucked under the covers and her head resting on my pillow. At dinner, I was always the first to sneakily slip her a treat under the table, risking my parents’ fury to win her favor. I would follow her around the house, always reaching out my hand offering a scratch or grabbing a toy to play.

Soon enough, she began following me around the house, like a moon orbiting around a planet, and I became her favorite human in the household—something I would gloat about to my brother, who always tried to pull her attention away from me.

As I made my way through childhood, Lexus was a constant source of love and warmth for me. Many times, her soft fur soaked up my tears and her quiet, loving presence comforted me as I drifted off to sleep. When I came home from practice, she would always wait right behind the door to greet me, and every single dinner, she would seat herself right next to my chair.

Coming home and seeing her rush to the door excited to see me was always my sunshine in a cloudy sky. I was always the first to volunteer to feed and water her, take her on walks and go out in the backyard to play with her. Even on weekends when I came home exhausted from swim meets, I would gleefully call her name and dash to meet her as I walked through the door.

Already, we can tell he will fit in just fine with our busy, messy and ever-expanding family.

Now, as I crawl closer to the end of adolescence, she comes up to the middle of my calf. Her once chocolatey eyes are slightly clouded because of vision loss and cataracts, her muzzle now shines a silvery gray and she can no longer climb the stairs to keep me company at night. If her life were a day, we would now be in twilight, and what a beautiful day it has been. Although that day is coming to a close, it is an experience I would never give up.

Although preparing to say goodbye to a companion is extremely difficult, not everything is abysmal. I will always miss her, but I will cherish the waning time that we have left together. She will be gone soon, but my family gave her a happy life and she will always remain a wonderful memory for us.

Recently, we added another member to the family: our cat Walter. Upon meeting him, Lexus sniffed in his general direction and seemed unwilling to do much more. She was entirely uninterested in his black and white splotched fur or the notch in his right ear or his pink nose.

For the better part of my life, my dad has vehemently struck me down the moment I even thought about asking for a cat. No matter when or where I raised the question, his answer was always no. I had always wanted one because they seemed to match me in attitude: independent, mischievous and sly. My dad, however, was allergic and plainly just didn’t like them. He would always talk about how mean and useless they are, and how he would never stop sneezing if we adopted one.

Then, one night, what I thought was a stray cat followed me home after I gave her a few pets on the head on my walk. I stopped a few houses down from mine because of her loud meowing and decided to give her some company for a few minutes. She was in our bushes when we awoke the next morning, so we harbored her for a few days. As it turns out, she was our neighbors’ cat who just decided to spend a few nights with us before slinking back across the street into the night.

Although we could not keep her, her affectionate cuddles and loud purrs inspired a change of heart in my father, much like my consistent begging ages ago. When my mother and I asked if we could get a cat, he happily, and finally, agreed.

The next weekend, my mother and I made the drive out to Second Chance, a no-kill adoption center outside of city limits, and chose Walter.

Did You Know?
In 2016, 90 million pet owners had dogs whereas 94 million had cats, according to the American Pet Products Association (APPA).

He was quiet, calm, introverted and independent, which was exactly what we needed to counteract our busy schedule denying us too much time at home.

Walter is still adjusting to living in our home. He likes my mother, presumably because she spends the most time with him, but he is still taking his time warming up to my father and I. His personality is already starting to show, though, when we twirl a ribbon around or dangle a treat. Already, we can tell he will fit in just fine with our busy, messy and ever-expanding family.

In these two companions, one young and one old, I have found a source of unconditional love that cannot be replaced or found anywhere else. From these animals comes an indescribable sense of comfort that I will always treasure and will never stop searching for. In my pets, I find strength and a reason to keep persevering when I’m tired of the world. For me, when I look at my pets, I feel at home. When you look them in the eyes, they plainly display their love for you and show it through licks and headbutts, sometimes aggressive, but always with the intention to lift my spirits. The way they look at me as if I am their entire world fills me with a sense of purpose and the feeling that I am loved, leading me to believe humans could learn something from the love with which animals treat us and each other.