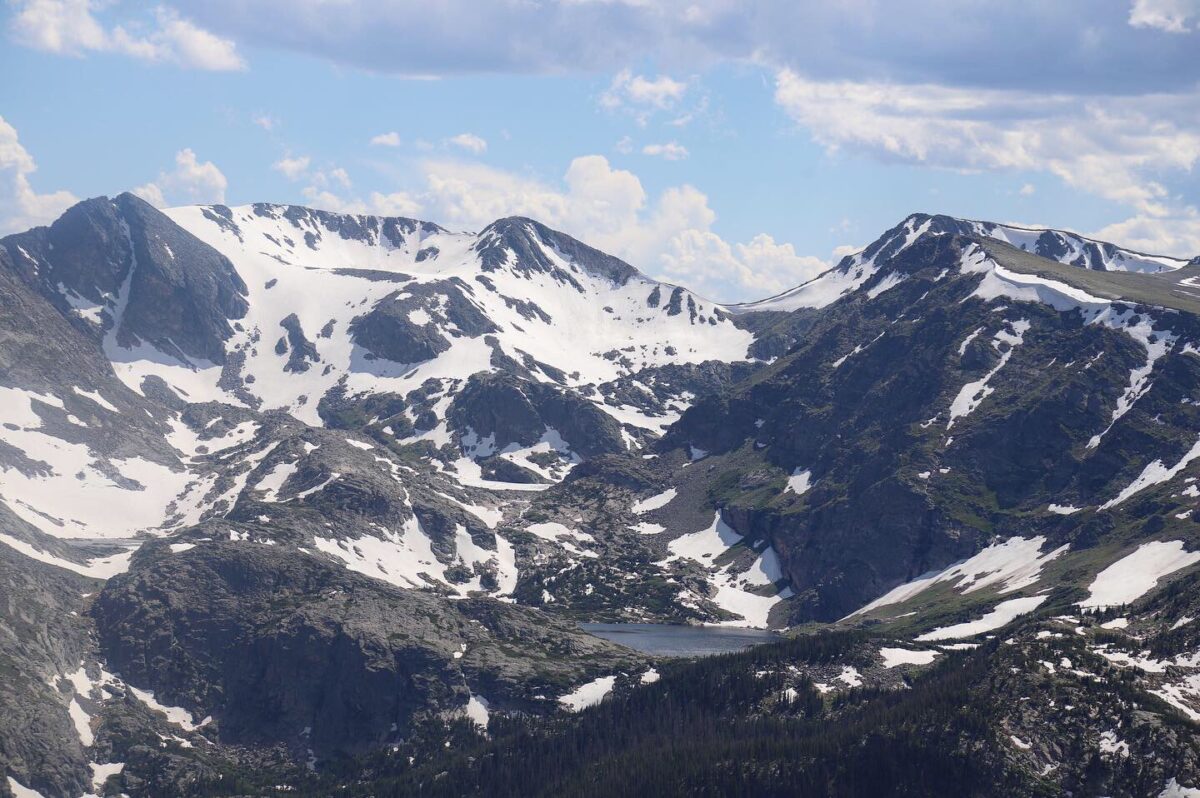 Although I have moved four times, snowy winters were my one constant from home to home. The first snowfall of the year always instilled hearty holiday spirit and a feeling of comfort in me growing up. In New Haven, Connecticut, where I lived from preschool to fourth grade, I was able to grow in age and experience with my family and friends as each winter passed.

There were years when the snow piled up high over the surrounding picnic tables, and my mother refused to let my three year-old old baby sister leave the house for fear of losing her in the heaps of powdery flakes. I, an arrogant older sibling, taunted her from my home-made igloo in our front yard as she sat inside, nose pressed to the window.

Even though I eventually had to leave my magnificent ice structure and watch the walls cave in with warmth from the coming spring, the knowledge that the flakes would be back next winter gave me a forecast to look forward to.

My vision, however, is no longer probable with reality now as it was during my youth. The east coast of the U.S. has an overall decrease in the percentage of snowfall since the 1950s, with a two to 20 percent decline in various states. Though not noticeable to my blissful young eyes, it was more than likely that my elderly neighbors had received far more snow to enjoy when they were children than I had.

During the next few winters, my sister was allowed outside, but only after my overprotective mom wrapped her in enough coats, scarves and hats so that she resembled an overweight snowman. Our experiences with snow became a natural and expected part of my family’s holiday break – and not just a light sprinkle. We made the most of the overwhelming flurries that coated the ground, going sledding, ice skating, making snow angels, and forts.

It was in Columbus, Ohio, our third move but the second one I can remember, that the flurries I so eagerly waited for drastically declined. Over the past 10 years, the winter snowfall in Ohio has steadily lessened. In December, 2008, Ohio had two to six inches of snow across the state, while in 2018, there was none at all.

A cause for this drop in precipitation could be the increase in the U.S average temperature, according to the National Climate Assessment (NCA). When the NCA compared the temperatures in the early 1900s to the 2000s, there was a 1.5 F increase, leaving my hopes for a blizzard in peril.

The greatest amount of snow I experienced in Ohio never surpassed one and a half feet, whether from the temperature increase or simply bad luck, and paled in comparison to the frosty winters I got on the east coast. Though it stung on the inside to see my dreams of snowmen and ice forts vanish, I tried to enjoy what few flakes of Christmas I had.

It was after the move to Ohio that I began to learn about climate change at school. The environmental crisis taking the world by storm not only affected me, but it also was most likely caused by my actions. One hour’s worth of water trickled down the drain the time I took a long late night shower. Large food scraps in the trash can from a meal I didn’t enjoy could have been saved from the landfill by a few extra bites of food. While my minor faults didn’t singlehandedly led to the declining white Christmas weather, my water and food waste added to factors of global warming, and my treasured winter wonderland was melting at my fingertips.

When I arrived in Columbia, in 2018, the lack of snowfall frightened me. Though I’ve yet to spend more than one winter here, there appeared to be more gray slush on the roads from an overnight dusting, rather than a suitable amount of soft, white snow. I waited and hoped for igloo-worthy weather, but the most I encountered was a nightlong eight inch flurry, nothing compared to Connecticut’s three-day long blizzards, or even Ohio’s annual average of 20 inches.

Still, I can’t shake the many Christmases I remember with golden ornaments hanging on the tree and the sheen of snow sparkling from outside. With this hope, I tried to enjoy my first Missouri Christmas, only occasionally reminiscing about my window-high powdery peaks in Connecticut. The holiday passed without much hindrance, but disappointment came over me by the not-so-white winter slipping away.

Today, watching snowflakes still relaxes me, but now they come with a warning as well: I know I need to control my carbon footprint and change my individual impact on global warming. I can’t blame the governments of powerful nations for their slow and constant bickering on what to do about climate change if I don’t fix my own lifestyle first. I opt to ride the school bus on some days, rather than burning gasoline with an extra car ride to school. Instead of tossing all my scraps hurriedly in the garbage can, I choose to spend the extra minute sorting out my recycling from trash, to send less garbage to landfills.

Even the smallest gestures, such as turning off the lights during daytime and avoiding extreme temperature control in my house, checks my effect on the environment. When the next holiday season comes around and the days turn shorter, darker and colder, I know I’ve done my part to rebuild the memories of a white Christmas.

Do you expect to see a snowy winter this year? Let us know in the comments below.