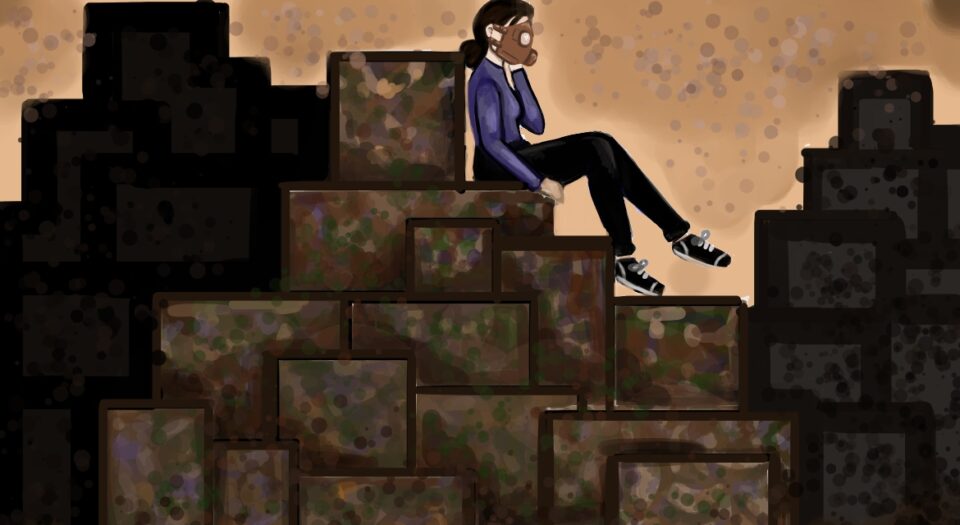 Since its origin, science fiction (sci-fi) has long been an indicator of humanity’s outlook on its future. Through fictional situations and characters, works could act as warnings for audiences to change their actions or else suffer the inevitable consequences.

Recent sci-fi depicts humans as destructive beings whose actions ultimately result in environmental degradation, suffering and war, such as in The CW’s drama, “The 100.” This series, which first aired in 2014, follows a group of felons as they return to Earth 97 years after a nuclear Armageddon event, which supposedly left the planet uninhabitable for generations.

As merely one of the more recent installments in television’s long-standing sci-fi tradition, “The 100” is an all-too realistic warning of the threat humans — especially those with advanced artificial intelligence and nuclear weapons — pose to their own world.

With a similar level of death and devastation, the 2019 American web television series “Another Life” presents the Achaia as a conquest-driven race that ravages all planets and species they encounter. Not only does “Another Life” question the interplay between the unknown and the normal of life on Earth, but it also delves into how people react in high-pressure life-or-death situations, exploring morality and human nature outside of the confines of a typical environment.

These sci-fi tales show outside forces threatening life as we know it today, driven by their own desires.”

Likewise, “Falling Skies,” which aired in 2011, shows a post-invasion Earth where humans have suffered unprecedented losses in life, technology and infrastructure. The fourth season of the show explains how the aliens, the Espheni, came to Earth, the only habitable planet in the galaxy, to extract helium-3 from the moon as a power source for their technology. These sci-fi tales show outside forces threatening life as we know it today, driven by their own desires.

Although both stories’ conflicts stem from a non-human origin, the pattern of behavior the Achaia and Espheni exhibit are the same: greed leads to conflict, which in turn causes large-scale devastation and loss of life.

Certainly not all sci-fi works present audiences with apocalyptic scenarios and scenes of suffering. The beloved 1982 movie “E.T. the Extra-Terrestrial” provides viewers with a heart-warming story of an intergalactic bond and one alien’s fight to return home. Although humorous and at times an emotional roller coaster, the film doubles as a cautionary tale of how human curiosity and science can sacrifice morality and ethical principles for the sake of discovery.

In similar fashion, the well-known tale of Pixar’s 2008 cinema hit “WALL-E” follows the journey of the last robot left on Earth as it collects and crushes human garbage after the species abandoned the planet. While produced in a family-friendly light, the movie provides a haunting look at the ease with which the human race chooses instant gratification and ignorance over environmental protection and proactive behavior, leaving machines to make mountains of debris while people float mindlessly in space. The picture centers around humans’ need for a habitable environment to return to, though it shares a similar warning to “The 100” through its critique of our over-reliance on technology and unwillingness to problem solve.

“If we do not change our actions, if we continue to pollute our air and water, if we continue to increase production of nuclear weapons and refuse to follow conventional ethical practices for advancing technologies, then we are signing our planet’s death certificate.”

Short-lived in its existence, but still unnervingly on target with its predictions, the 2011 drama “Terra Nova” imagines a world where humans are forced to travel back in time from 2149 to escape the pollution and overdevelopment of a dying Earth. In much the same way as “WALL-E” provides a look at humans escaping an uninhabitable plane by way of the skies, people in “Terra Nova” exhausted all other options and forced themselves into a situation where they had no other choice but to travel 85 million years into the past to correct their mistakes.

These six examples are merely a snapshot of the increasingly dystopian outlook we have about our future, both as a species and for our planet. Sci-fi provides an outlet for us to air our grievances against the world — there’s too much conflict, too much pollution, too much poverty — while also providing hope and reassurance wrapped snugly in a warning. If we do not change our actions, if we continue to pollute our air and water, if we continue to increase production of nuclear weapons and refuse to follow conventional ethical practices for advancing technologies, then we are signing our planet’s death certificate.

We pretend we still have time. It makes us feel good to act as if the problems we know about every day (trash littering our streets, contaminated water sources, unsustainable agricultural practices) yet refuse to correct, will eventually go away on their own. We look to sci-fi’s offer of escapist entertainment, becoming hooked on the special effects while ignoring the cautionary tales. Even as we continue to turn a blind eye to the warnings as they shout at us on the silver screen or beg for our attention from any number of streaming services, we are moving closer and closer to the point of no return for our planet’s destruction.

“The true and lasting reality to which human actions contribute to climate change can no longer exist as hypothetical sci-fi scenarios.”

Headlines such as “Only 11 Years Left to Prevent Irreversible Damage from Climate Change, Speakers Warn during General Assembly High-Level Meeting” coming from the United Nations in March illustrate how the harsh reality of our situation is too urgent to push aside any longer. With the combined impact of floods, droughts, extreme weather events and heat waves, 11 percent of the world’s population is vulnerable to the ramifications of climate changes, according to Conservation International. Global temperatures and sea levels are rising, oceans are warming, ice sheets and snow cover are shrinking and extreme natural events and ocean acidification are becoming more prevalent, according to NASA.

The true and lasting reality to which human actions contribute to climate change can no longer exist as hypothetical sci-fi scenarios.

It is not enough to view the environmental problems of our society as sci-fi fantasies; we must take action now. Reducing greenhouse gas emissions through refrigeration management and minimizing food waste will help decrease ozone layer depletion, according to Green America. Utilizing clean energy sources, including wind turbines and solar panels, will allow us to move away from fossil fuels and lower how much carbon we are releasing into the atmosphere, according to the World Research Institute.

These are only two ways out of countless methods individuals can take charge to make a positive difference in fighting climate change before its effects are irreversible. At one point people doubted the possibility of automatically opening doors and instant telecommunication as presented in the original 1966 “Star Trek: The Original Series.” With our atmospheric carbon dioxide concentration at 408 parts per million as of 2018, which is the highest it has been in the last three million years, according to Conservation International, it is no longer a giant leap for mankind to accept the reality of climate change.

Unless we take action now, we will become sci-fi’s dreaded, deadly invading species, exploiting Earth for its resources and leaving it a burnt-out, uninhabitable shell of a planet.

What is your outlook on Earth’s future? Let us know in the comments below.