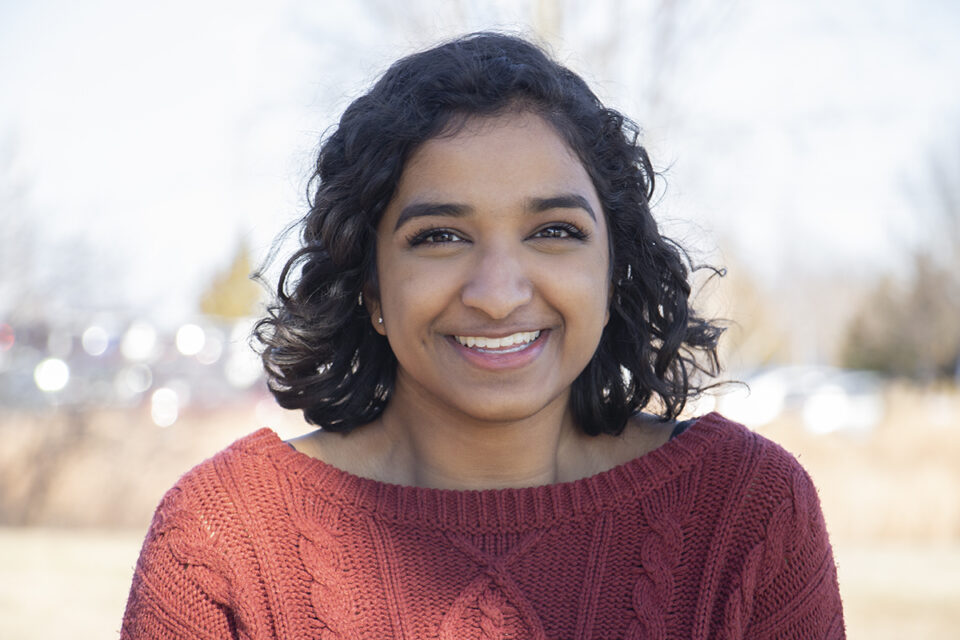 “I think that in American schools we have a real lack of English education. They don’t teach us how to communicate effectively, and that’s something I’ve noticed a lot with high school students. We have no grammar education like [we did] in elementary education where [teachers] clarified what nouns and verbs are but nothing else. So, I had to learn what pronouns are in my other language classes; I learned pronouns in French instead of learning what they are in English first. That just continues through high school, and combined Studies classes just make it even worse. I think that English needs to have it’s own time specifically dedicated to it because what ends up happening is one of two things: my freshman year with Civics, the only English we did was writing our essays, or our summatives and formatives, which wasn’t English education. We’re basically told ‘Here, you have one class period to write an essay.’ I remember talking to my freshman year Civics teacher about it, and she was like, ‘Oh yeah, we taught you guys how to do this. Remember that one day at the beginning of the year when we went over how to write an essay?’ So that’s really frustrating that writing an essay every now and then. [It shouldn’t be] considered English education when we really aren’t taught anything. I think the situation just gets even worse in [Advanced Placement] Studies classes because there’s so much content with those history classes. Like AP World and AP U.S., there’s so much content that most of the time gets taken up by the history portion. It’s understandable because there’s just so much material to get through, but also our English education really severs because of that. We don’t spend enough time learning about English specifically; there’s not enough time set aside just for that.”

“The other [issue] with combined Studies classes is pretty much all of the writing we do are essays. That’s especially a problem in AP classes because for AP tests we write these specific types of essays. We write [Document Based Questions] and [Long Essay Questions]. That’s the only writing we are doing, so we only get experience with writing this one very specific format of essays, so we don’t really learn any other type of writing. With those essays we learn how to write them really fast because on the AP test you have to write them in about 45 minutes, and you just don’t have a lot of time. So we’re just learning how to write an essay that’s considered good enough for something that was written in 45 minutes. But we don’t learn how to write something that’s actually good, and we don’t go through and learn how to actually edit our writing and go through multiple drafts, which is so important.”

Why is this issue so important? How does it impact students?

“The thing that’s really mind boggling to me is that everyone has to write. No matter what you do, you’ll have to do some form of writing. And even to get into college you have to write an essay about yourself, and you have to know how to write an essay that’s not history related. You also have to be able to go through and make multiple rounds of edits. We don’t learn at all how to revise things or how to write things that don’t necessarily pertain to history because of the way our education system (especially at Rock Bridge) is set up. You can see it in students’ writing. A lot of people, even in high school, have a lot of grammatical errors in their writing, or their writing is not very strong. I don’t have statistics, but I feel like that probably has a significant impact on people when they’re applying to college. Not having a lot of experience writing for something that’s not for history classes probably makes it difficult for them moving forward out of high school.”

What steps could the government and educators take to combat the issues you have outlined?

“I think that our district, Rock Bridge specifically, definitely needs to separate English classes and Social Studies classes so that English classes get the time they deserve. We also need to focus on English education early on. There tends to be the belief in the American school system that we can just let young kids write however they want and we’ll just teach them the mechanics of it later, but that doesn’t end up happening. We need to be learning more about the basics of writing in our elementary school days. As we get to high school we should dive more in-depth and learn how to write outside of history essays. We need to learn how to be strong writers, how to communicate effectively, but also how to write things that people want to read. For our Social Studies essays, we’re responding to a prompt, and we’ll just lay out our claim, evidence and reasoning and that’s all we’ve learned how to do through our many years of schooling. Those five paragraph essays including your claim, three pieces of evidence and then your conclusion. But in college essays we’re always told to tell a story and give specific details and make it appealing to the audience. So we need to learn how to tell strong narratives and ways to write in a way that engages the audience rather than just repeating the same basic five paragraphs directed toward a history prompt.”

FOMO: an inevitable consequence of being a social butterfly

I think most joint English and History classes are more history-based because people think that high schoolers know the English language well enough but that is really not the case. I come across students not knowing what a word means or what word to use all the time. Sometimes not even knowing what there/their/they’re and your/you’re to use. And all of this could simply be solved with just more reading. No, not AP World textbooks, but NOVELS.