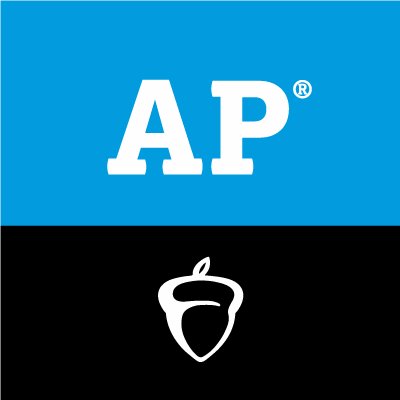 The Advanced Placement (AP) Scholar awards program is discontinuing several awards in May 2020. The State awards, Department of Defense Education Activity (DoDEA) honors and International AP Scholar awards are being terminated. In 2021, College Board is ending the AP National and AP Scholar Awards.

The normal AP Scholar award and the AP Scholar with Honors award, however, will still be available. According to the AP Scholar webpage, the reasoning for the changes is, “As we do our part to reduce the burden on students, the AP Program is discontinuing honors that encourage students to take large numbers of exams.”

Awards that will stay:

The AP Scholar award is for students that take three or more AP courses and earn a score of three or higher on all of the exams. The awards go higher with the number of AP test scores until one reaches the AP Scholar National awards, which is an award for people who take upwards of eight AP tests and get a four or higher. AP Scholar State awards reward a female and male student who take the most AP tests and receive threes or higher on all of their tests and have the highest AP score average of all of the tests taken in the country.

“I think it’s important to challenge yourself and think deeply about the issues that matter, but at the same time, I worry about a student’s mental health and the volume they have to take on when they take seven to eight AP classes,” Kinslow said. “If someone achieves that, it’s amazing, but it’s also kind of self-destructive I’m afraid.”

The College Board released a report that showed after six AP courses, college completion rates stayed the same as students who took six. Trevor Packer, the senior vice president of Advanced Placement said in a tweet July. 9 2019, “So we’re asking college admission offices not to give more than six AP courses any extra weight in admissions.”

Sophomore Nina Schneider said people will be disappointed some of the awards are ending because their effort would be for nothing. She added that people would still try to take a lot of APs anyway to challenge themselves and impress colleges.

“Also, if you worked so hard to get this award and it just doesn’t exist anymore, then you are going to be angry,” Schneider said. “Some people just like to put an award on a piece of paper to make their resumes fancy, and this might disappoint them.”

Junior Vignesh Kumar said the College Board has “good intentions and is to the benefit of a lot of stressed students” by discontinuing the awards. He also said colleges will still know AP success by looking at the scores and the courses, even if there is no award attached to those achievements.

“I don’t think much harm can come out of this decision unless you took a lot of AP’s just to get the award,” Kumar said. “But, even if you’re worried about AP’s, colleges can still see if, let’s say you got fives on three tests. The colleges will still know, so it doesn’t really matter that much. People still will take  [The termination] can also let students take classes that they want to take, instead of taking AP Econ [Economics] when you want to be a doctor just to get this award.”

Agreeing with Kumar, Kinslow said his view on intensive courses focuses on students taking classes they are really passionate about, instead of taking random classes because they are challenging.

“My feeling is that I would rather see a student invest in a few courses that really stimulate them and cause them to think deeply, rather than immersing themselves where they’re drowning in so much work,” Kinslow said. “I think this is a good step forward to lessen the workload of excelling students.”

Did you take a lot of APs to get this award? Tell us in the comments below.