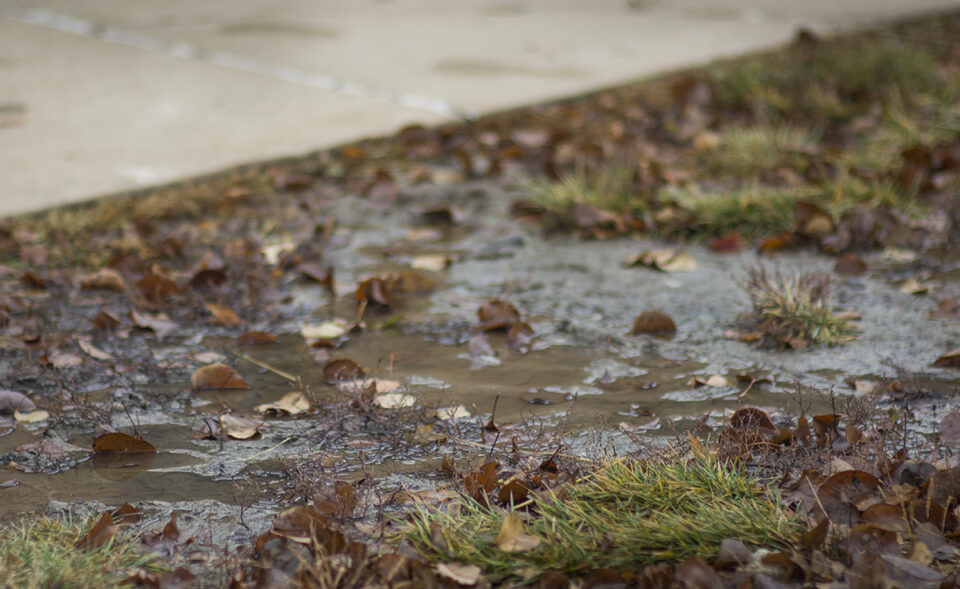 Like a blanket trapping in heat and causing a massive disruption in our ecosystems, climate change spreads to all corners of the globe.  Companies, houses and cars and other carbon-emitting things burn large amounts of fossil fuels like coal and natural gas, releasing carbon dioxide into the atmosphere. When these emissions occur at a high level, the buildup of carbon dioxide causes Earth’s temperature to rise according to the Centers for Disease Control and Prevention (CDC).

Warmer temperatures can cause more water to evaporate into the air, which in turn allows the air to hold more water, building up clouds for heavier downpours. On the opposite side of the spectrum, climate change can also exacerbate time without rain in areas already prone to drought according to the CDCs. This volatility in rainfall patterns is particularly dangerous for farmers as they are unable to adapt to an unpredictable climate.

Senior Chloe James comes from a family of farmers and has worked with horses, cows and cattle since she was young. James, a member of the Columbia Future Farmers of America (FFA) chapter, said her knowledge of agriculture has grown and helped her understand more of the importance of adequate, but not excessive rainfall.

“For a farmer, a short-term flood or drought can put them in a really bad spot. A lot of farmers will have to sell their crops way early or too late because of these things, and when that happens the price changes drastically,” James said. “[Flooding] affects other parts of agriculture, too, because if none of the farmers have hay left to sell, then hay prices go up. . . A rancher in beef production [can lose] money [from these] operations. It all kind of has a chain effect, and it’s sad that one small thing like that can have really large and long-term deficits.”

James said she feels farmers are often overlooked in discussions of climate change even though their food production is crucial to the Missouri economy.

“I don’t know if people understand that when these farmers lose so much like they did this past year or so, [then] the prices of [items] that were once affordable [go] up because there is more demand and less product,” she said. “It just isn’t [an] ideal situation, and as a farmer you just pray it doesn’t happen. . . If it does, you do your best to work around it and get done what you can.”

Pinpointing the causes of the detrimental droughts and flooding on the agricultural communities similar to James’ are one of many things studied by Dr. Anthony Lupo, a professor of atmospheric science at the University of Missouri — Columbia. Dr. Lupo teaches classes on tropical meteorology, general circulation, climate theory, climate of the world, chaos theory, atmospheric dynamics and thermodynamics. His work in the School of Natural Resources and the Atmospheric Science Program led to more than 120 published papers of both individual and collaborative works. In Dr. Lupo’s research, he examines jet stream dynamics, which are fast flowing and narrow air currents in the earth’s atmosphere, along with the variability of weather and climate in the Midwest.

Dr. Lupo’s studies led him to the topic of extreme rainfall in terms of irregular numbers of floods and droughts. When trying to find an explanation for this perplexing issue, Dr. Lupo pointed to jet streams and their short-term and long-term effects on the seasonal time scale, which is a one-year period where predictable and recurring fluctuations or patterns are observed.

“On the seasonal time scale or less, the position of the jet stream over North America causes irregular amounts of rainfall,” Dr. Lupo said. “[Any time] longer, [and] the irregularities are due to the impact of El Niño, the Intraseasonal Oscillation and other long-term phenomena that impact the jet stream. Overall it’s the location of the jet stream that’s key and the things that influence it.”

Dr. Lupo said during the short-term, substantial amounts of rainfall result in flooding and present issues with crop production — planting, harvesting or growth — and can cause flooded basements and sewers in suburbs and cities. In a flooded home, mold can grow and flourish, which poses a health risk to those living there.

Mold can cause health problems like eye irritations, respiratory problems and skin rashes. Over a long period of time, these can progress into even more serious problems like memory loss and brain damage.

“Rainfall [impacts] recreation activities [and] at worst can [create] widespread flooding, damage to infrastructure and loss of life. The lack of rain will interfere with crop production,” Lupo said. “Lack of water will impact supplies for animal agriculture and can cause damage to homes as well. We can have drought conditions develop in as little as two weeks and they can last a long time.”

Senior Madi Steuber often helps her grandparents raise cattle on their farm in Vienna, Mo. Like James, Steuber is a member of FFA. She said she learned a new bit about the business side of agriculture and the importance of its application. With this knowledge, Steuber and her family have learned to analyze the effects of precipitation on their farm, and how to better adapt to it.

“Both from a fraught and excess rainfall, drought conditions stress [can] affect the quality of the forage that the cattle eat and consume,” Steuber said. “Drought also affects the amount of drinking water and quality of water. When those two conditions exists, the cattle are more susceptible to getting sick. Excess rainfall causes muddy conditions, which [are] not good for the cattle and makes its harder to harvest the crops to feed the animals. [Recently], there’s [been] a big push to use more native grasses, which are more drought tolerant than fescue. My grandpa has [had] to be more efficient with his resources.”

Steuber said if farmers can’t produce cattle of high enough quality, which is largely determined by the size of the cattle, they risk not turning a profit. Steuber said the flooding from the previous four years, combined with export tariffs, forced crop prices to bottom out and the cattle market to dramatically drop. Greg Luce of the Missouri Soybean Association said soybean prices dropped by at least $1.30 per bushel after President Trump announced in June 2018 that the U.S would impose tariffs on $50 billion of Chinese goods. Despite the work of those such as Dr. Lupo, Setuber said she believes this is a historically natural pattern people must learn to deal with.

“I don’t feel it’s detrimental. It’s part of the climatic cycle. [People] just need to adapt to another way of life based on [learning from] weather habits that they can’t control,” Steuber said. “If you don’t learn [and adjust] your farming business to be able to handle more diverse weather impacts, it will continue to negatively affect your farm.”

James said she saw the struggles of the inconsistent weather first hand. She described stories of close family friends and their struggles of dealing with the frequent and devastating floods in all areas of Missouri.

“It’s been the biggest deal for crop farmers. . . It’s definitely affected family and friends. I mean you’re talking about hundreds to thousands of dollars lost. It’s a really big deficit [for] a farmer,” James said. “This year has been really tough for the average farmer. You’ll drive down the interstate and see the river almost up to the bridge and you just think, ‘Wow. That’s a lot of flooding.’ But for a farmer, that could be running into half their crop production for the year, and in

a lot of places it was just gone and there was absolutely nothing you could do about it. It was the same as a few years ago when we had the drought. They just couldn’t do anything about it, and so then they’re losing their livelihood.”

While James and Steuber hope for the best and prepare for the challenges of a warming climate, Dr. Lupo and his colleagues are working to develop new ways to anticipate and reduce the number of instances of extreme weather.

“We have studied the variations in rainfall on the monthly to yearly time scales. We make regular predictions regarding the upcoming fall and winter season temperature and precipitation,” Lupo said. “I think [right now] humans have adapted to handle this. Over the long-term, too much rain will cause infrastructure damage, environmental damage and loss of life. [But, hopefully] improvements [will be made] down the road.”

What are your thoughts on rainfall issues? Let us know in the comments below.

This matter even more now, especially since it can relate to the Australian wildfires (and now floods).