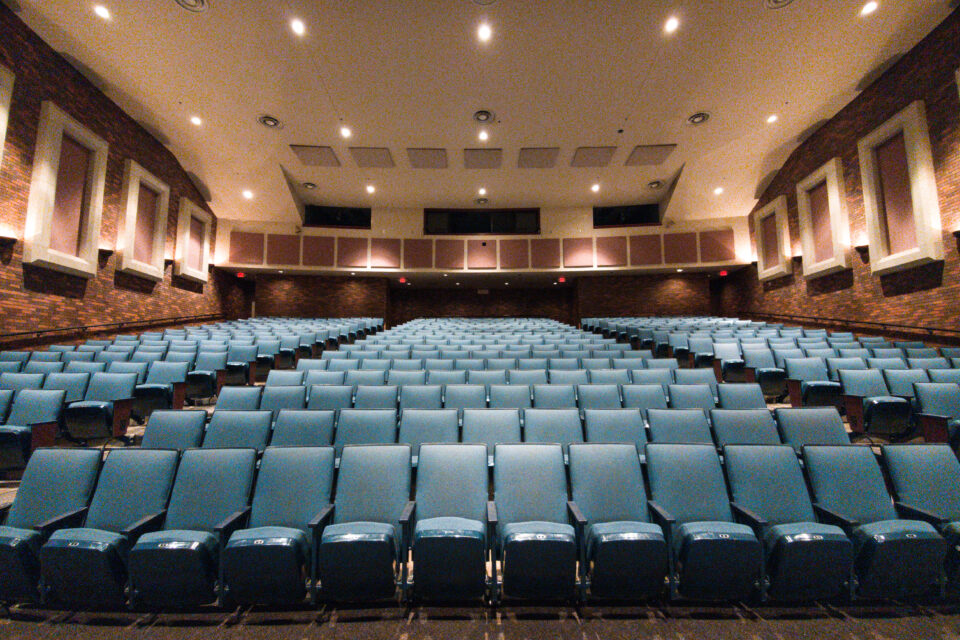 Casting for “Leaving Iowa” went up outside the performing arts classroom Friday morning, Dec. 20. The story centers around a middle-aged writer named Don Browning and his trek across Iowa to find a final resting place for his dad’s ashes. “Leaving Iowa” will premiere Feb. 20, 2020, in the Performing Arts Center.

“Leaving Iowa” opens with Don Browning taking his dad’s ashes to his childhood home upon his dad’s request. After discovering Browning’s grandma’s house had become a grocery store, however, Browning sets out on a journey across Iowa, searching for a new resting place. As he travels, Browning finds himself reminiscing on childhood memories of vacations his family went on until his existential reflections lead him to a perfect final destination where he can put his dad to rest.

As the actor portraying the middle-aged writer, junior Blake Bodendieck said the central themes of “Leaving Iowa,” comedy and familial values, make the play a personable watch for the audience. For him, it is this dichotomy of light-heartedness and deep emotion that sets this play apart from others.

“It’s a family play, y’know? It shows those oh-so-wonderful family road trips and then dives into the rocky relationship between a father and his son,” Bodendieck said. “I think the audience will be able to relate [to] it and the characters in various ways.”

As another item of creative flair, “Leaving Iowa” allows for the number of actors to vary. Anywhere from six to 24 actors can put on the play, switching roles between scenes, according to the “Leaving Iowa” website. While critics acclaim the show is a compelling watch for its switching of roles and unique themes, for senior Madison Polniak the complex nature of the story could be cause for technical difficulties during production.

“I think a big challenge will be creating the family dynamic that this play needs,” Polniak said. “It’s all about a road trip, so the roles need to have really genuine familial characteristics, [as well as] the costume changes.”

Aside from production, though, some auditioners face obstacles before they even make the casting list. For Bodendieck, the troubles came down to nerves and confidence. Stage-freight was always a concern for him.

“I was actually pretty hesitant, but then I thought, ‘What’s the worst that could happen?’ and went for it,” Bodendieck said. “My friend Charlie [Knocke] was actually a big reason I even tried. He helped me with my confidence on stage and gave me solid advice whenever I struggled.”

Regardless of these potential challenges, Polniak is still hopeful her performance in the play will fit the diversity of moods. She said this diversity is the source of her elation.

“I’m excited to play a whole bunch of different roles for this play,” Polniak said. “The story is set up so that more than one person in [the] ensemble plays more than one part, so it’s a play with a lot of really fun characters and scenes.”