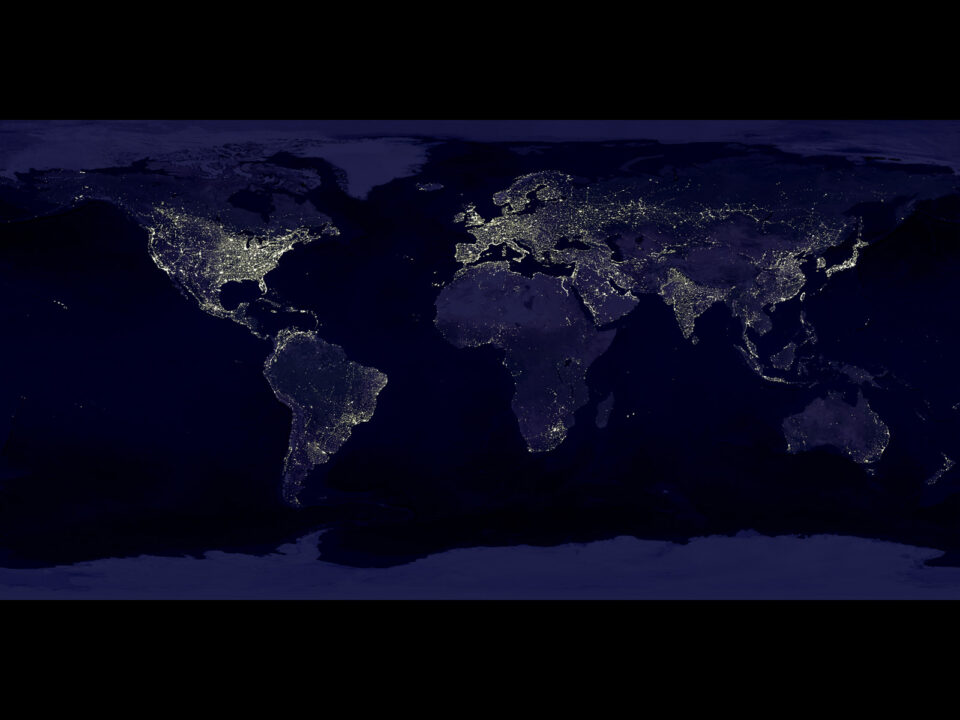 A brief explanation of climate change and it's causes, impacts and potential solutions. 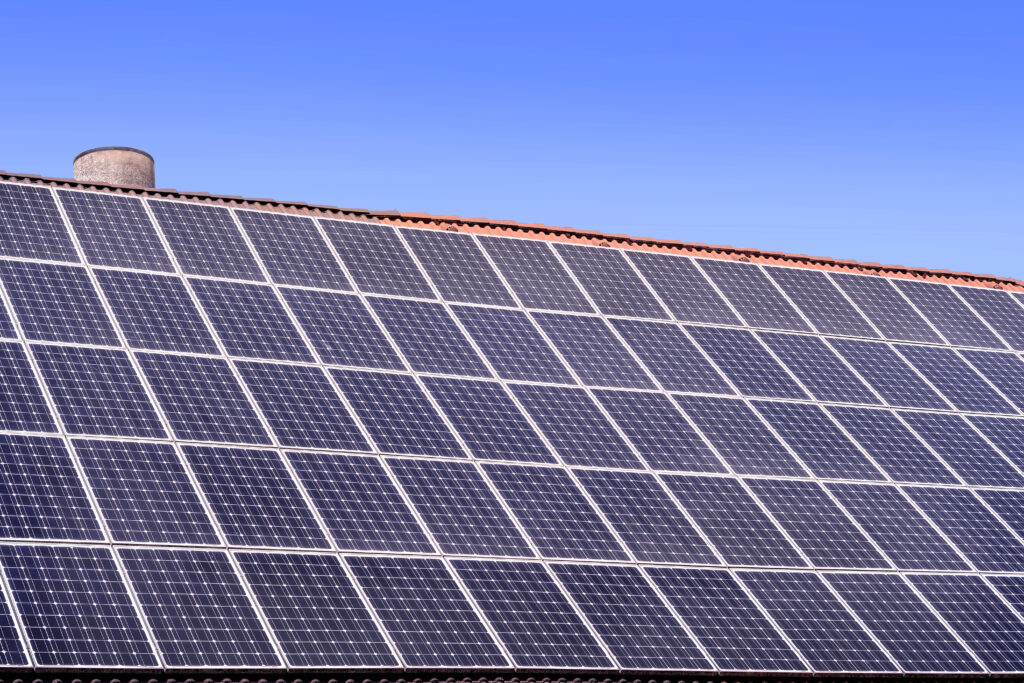 Solar power refers to thermal or electrical energy converted from visible light, done by a solar panel. This energy sees an ample variety of uses from generating electricity, heating water for industrial or other needs and purifying water. The ways solar energy can be harvested are extensive.

There are three main categories of solar panels that have different points of specificity in solar energy: photovoltaics, solar heating and cooling (SHC) and concentrated solar power (CSP). Photovoltaics create solar energy through an electronic process and can power anything from a small machine to a home or business. SHC uses the heat emitted by the sun in order to supply space and water heating. CSP, like SHC, uses heat emitted by the sun but uses it to run electricity-generating turbines in CSP power plants, according to the Solar Energy Industries Association. 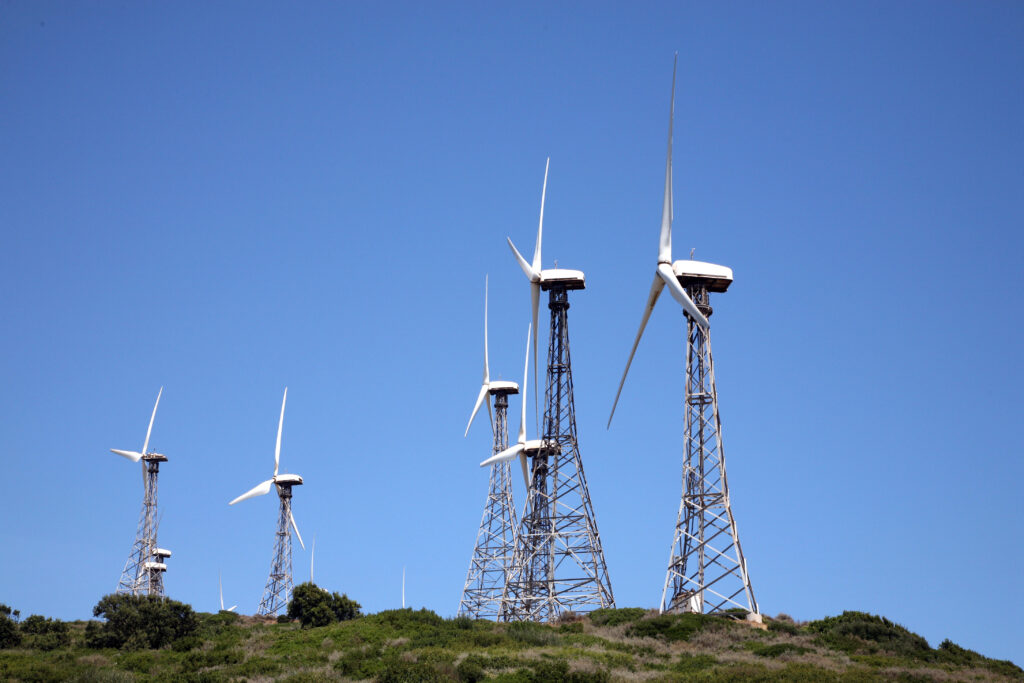 Wind energy is created by using the atmosphere’s natural air flow. Wind turbines capture the kinetic energy from the wind and turn it into electricity. The three variations of wind energy break down into the size and placement of the wind turbine: utility-scale, small and offshore. Utility-scale wind power uses wind turbines that range from 100 kilowatts to several megawatts; the electricity generated is then transferred to the power grid where it travels to the end receiver through power system operators, cites the American Wind Energy Association.

Small wind power requires single, miniscule wind turbines below 100 kilowatts, which then carry the electricity to a farm, home or small business but doesn’t go through a power grid, according to the American Wind Energy Association. Offshore wind power entails much more massive wind turbines, up to 250 meters in height, that stand in large bodies of water. 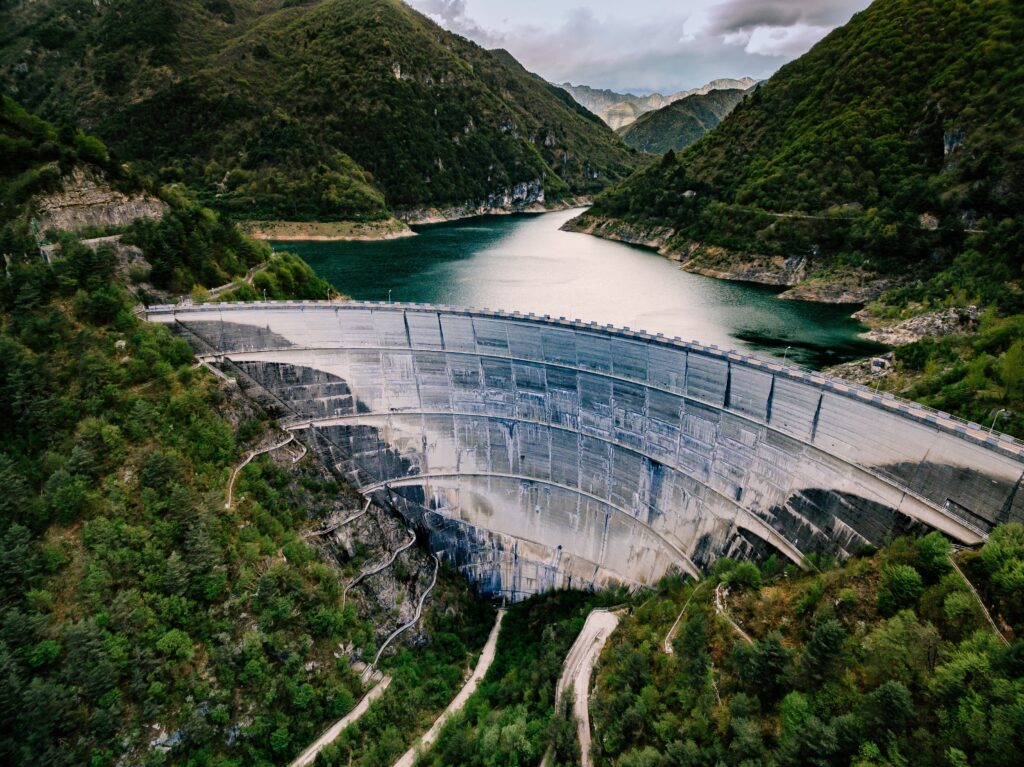 Hydro power is harnessed from the steady movement of water. The Greeks experimented with water wheels 2000 years ago by grinding wheat into flour, according to the Office of Energy Efficiency and Renewable Energy. In the modern day, the two most common technologies are hydro power and tidal power.

Tidal power likewise converts the natural rise and fall of the tides, caused by the gravitational attraction between the Earth and the moon, to create energy, said the U.S. Energy Information Administration. While the U.S. doesn’t use tidal energy, countries such as South Korea do. 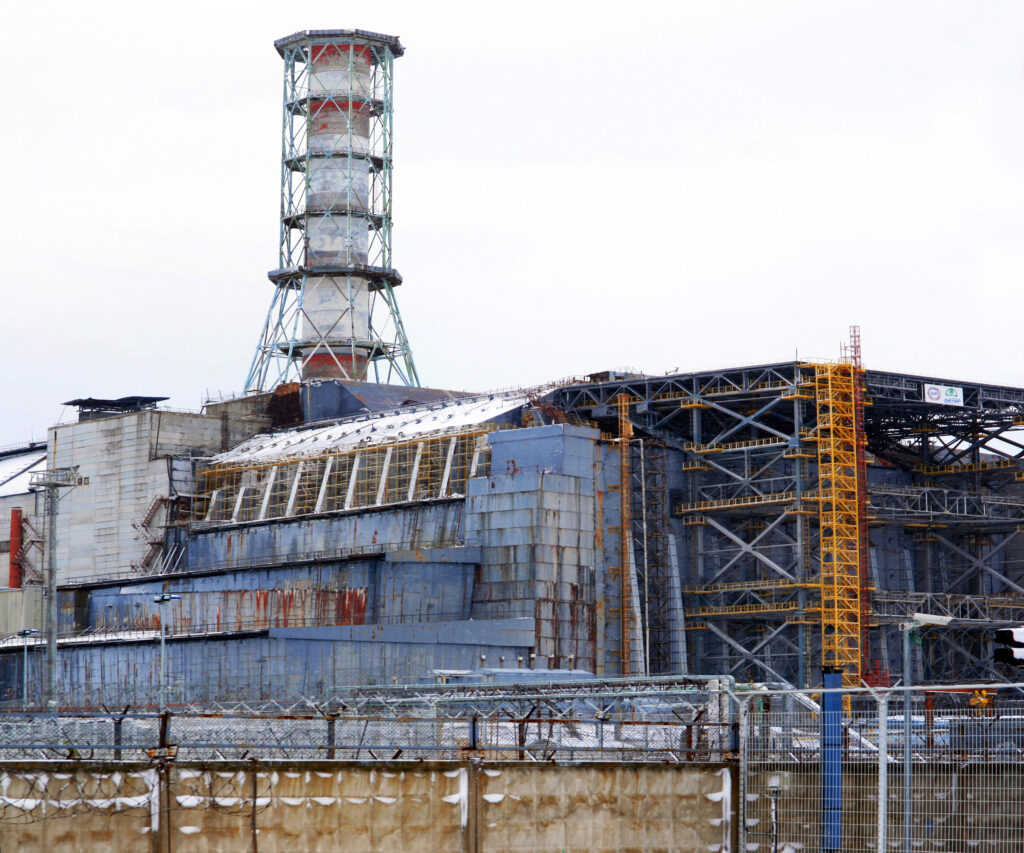 Nuclear energy is produced through the fission, or division, of atoms, which creates heat as the molecular structure of the atom is pulled apart. This heat warms a body of water, and the resulting steam flows through generators to produce electricity, cites Navid Chowdhury from Stanford University.

The process utilizes uranium atoms, a finite element on the Earth, which makes the classification of nuclear energy as a renewable or nonrenewable resource debatable. The potential use of other atoms, which scientists are still testing, may confirm it’s renewable status. Still, each year nuclear energy saves over 528 million metric tons of carbon emissions from the atmosphere by replacing fossil fuels, according to the Nuclear Energy Institute.

The amount of CO2 absorbed by the Amazon rain forest in South America is 30 percent less than the amount absorbed in the 1990's, according to national Geographic. 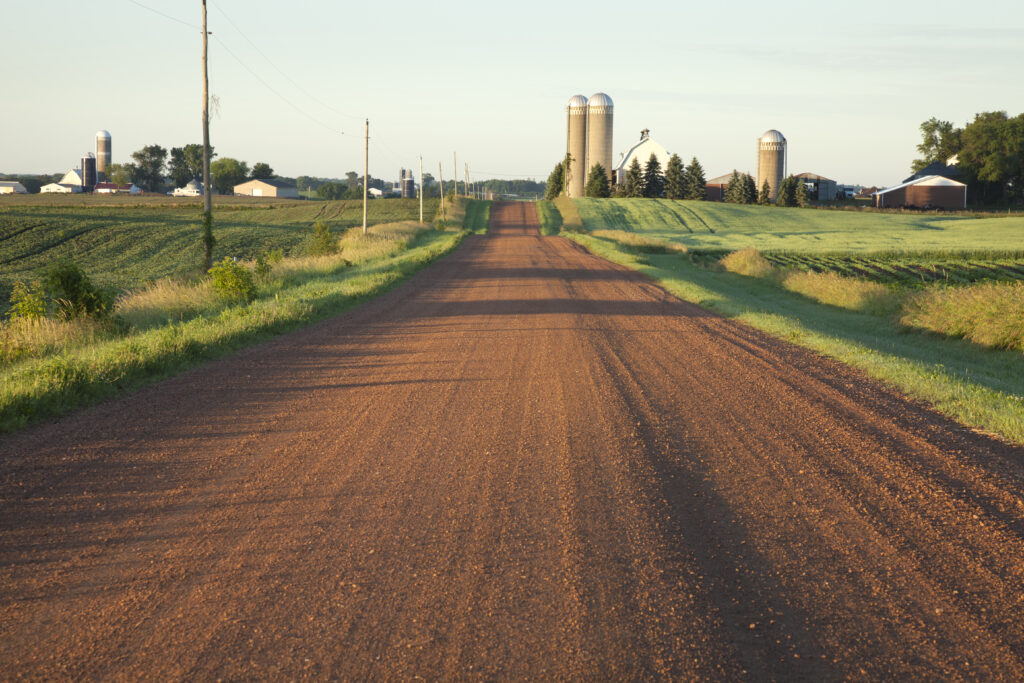 In the 1930s, the Dust Bowl swept through the Midwest. Before the disaster, tall prairie grass protected the thin topsoil of the region, but when farmers moved into the area, they plowed the plants to the deep rich soil in order to develop farming land. These destructive practices coupled with a terrible drought kicked up a thick layer of dust into the atmosphere. Heat was absorbed by the particles, intensifying the drought  and leading to the nickname of the event: the Dust Bowl, or Dusty Thirties. Only after aggressive rehabilitation of the land throughout the next nine years by the federal government did the Dust Bowl end, according to PBS. 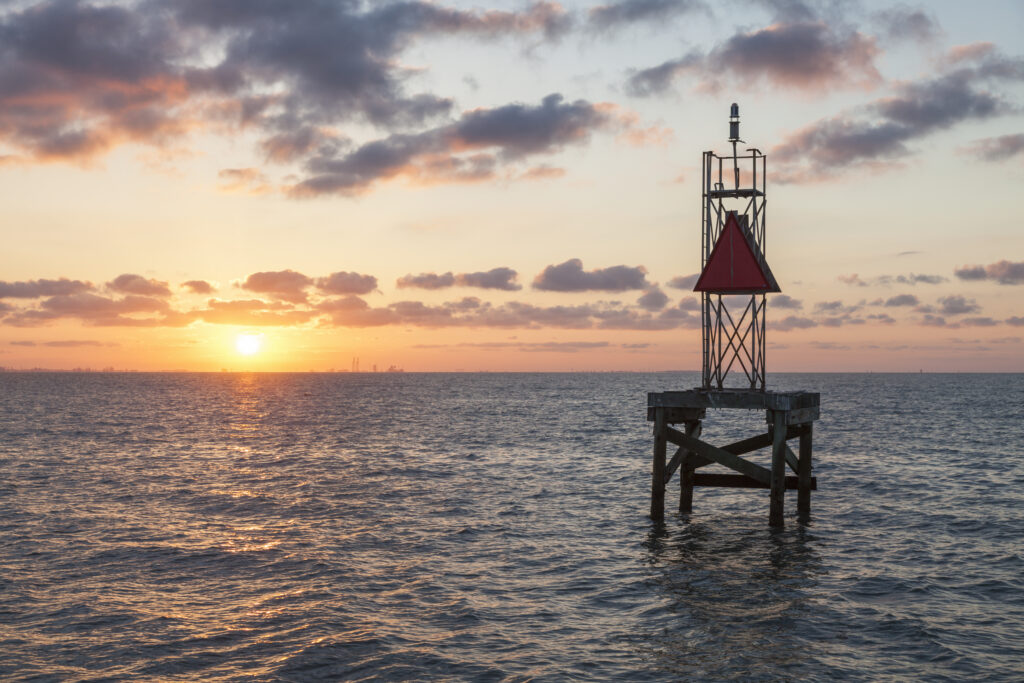 On April 20, 2010, an explosion occurred at the Deepwater Horizon drilling rig in the Gulf of Mexico, killing 11 workers and spilling oil into the ocean, according to the Pew Research Center. Although the oil well was capped months later, five million barrels had already flowed into the ocean. Since oil is hydrophobic, meaning it does not mix easily with water, the oil flattened on the surface of the gulf.

By the end of April, the oil slick had spread 100 miles across, said the National Environment Trainers Inc.. After this incident, public support for offshore drilling fell from 63 to 54 percent.

The years 1998, 2005 and 2007 are the warmest years recorded in history, according to the American Museum of Natural History. 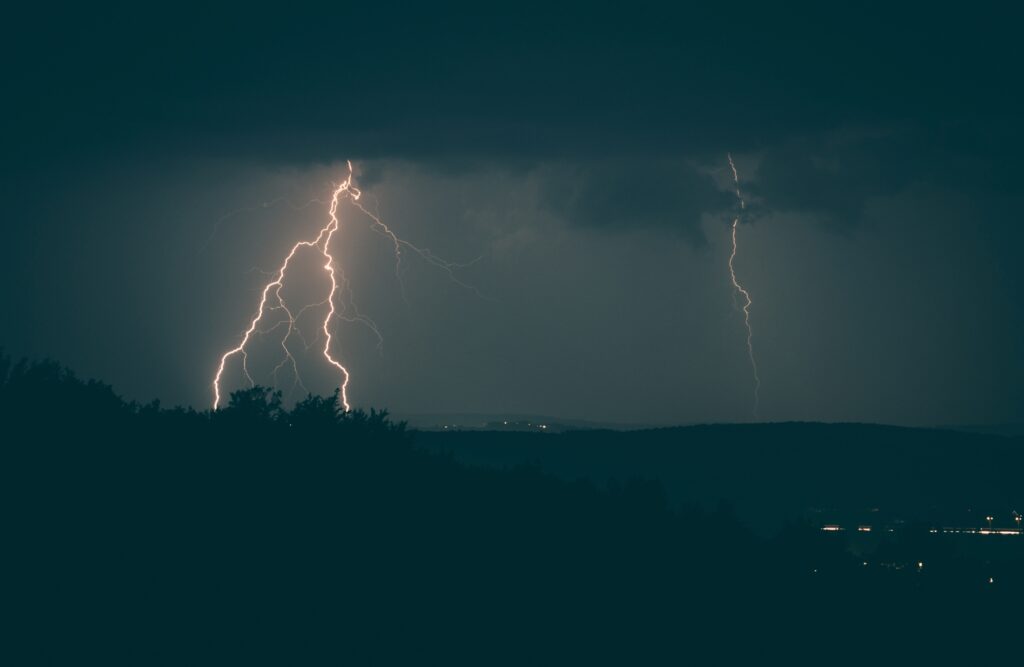 With a change in climate, rainfall within the world is expected to increase overall but in more extreme amount. Earth’s water cycle intensifies with warmer weather as it provokes more evaporation, an element of the water cycle, according to NASA. Higher temperature pushed rainfall to the extreme as seen more by frequent and severe storms such as Hurricane Dorian in the Bahamas this September, according to NASA. 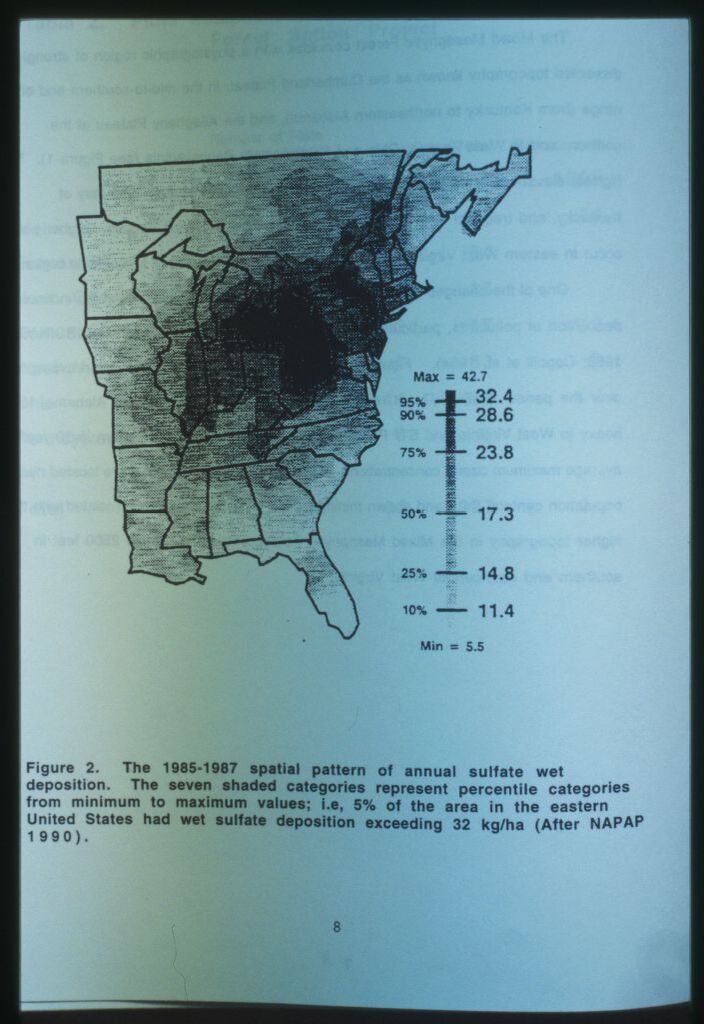 Also perpetuated by climate change is acid rain. This phenomenon is any form of precipitation that contains high levels of sulfuric and nitric acids, which cause respiratory diseases or worsen pre-existing conditions, according to National Geographic. The pH level of a liquid shows how acidic or basic it is, said Elmhurst College. A pH of less than seven is typically more acidic, and a pH of over seven is generally more basic, or alkaline.

Normal rain is slightly acidic, with a pH level at about 5.6. Acid rain, however, has a pH level between 4.2 and 4.4 and can be caused by a variety of reasons from rotting vegetation to exploding volcanoes to human activities, cites National Geographic.

Normal rain is slightly acidic, with a pH level at about 5.6. Acid rain, however, has a pH level between 4.2 and 4.4 and can be caused by a variety of reasons from rotting vegetation to exploding volcanoes to human activities, according to National Geographic.

In the American West, spring and summer time temperatures averaged 1.6 degrees higher between 1987 and 2003 than compared to the fifteen years before, according to the American Museum of natural History. 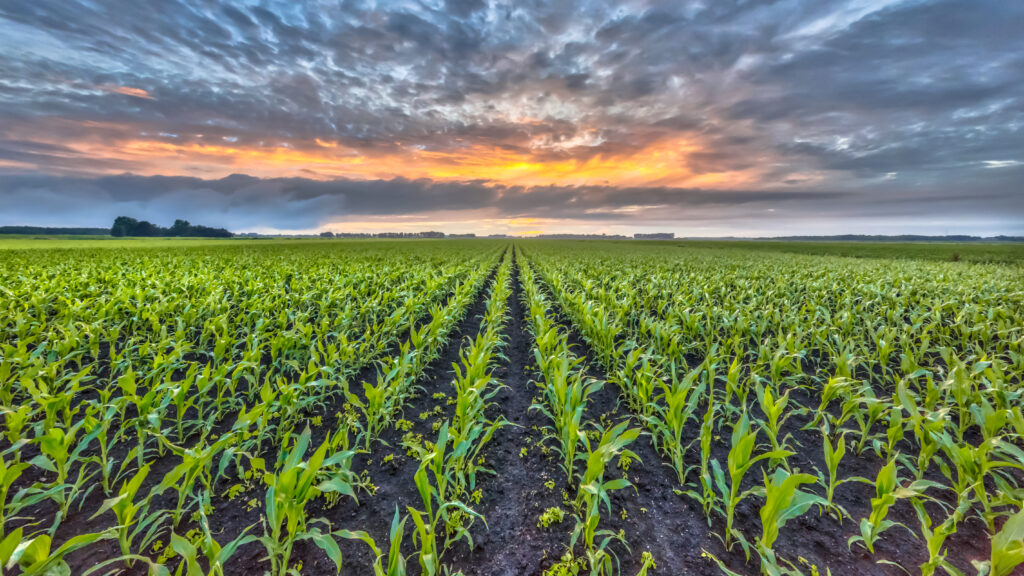 Missouri terrain includes fertile soil that allows for a surplus of crop production. The Show Me State is home to more than 100,000 farms and has an $88 billion agricultural industry, according to the Missouri Department of Agriculture. Additionally, 63 percent of Missouri land is used for some form of agriculture, cites the Missouri Census of Agriculture.

The top five agricultural commodities for Missouri are soybeans, corn, cattle, hogs and chickens. The forest industry is also prominent to Missouri agriculture with $9.7 billion of the economy dealing with the production of lumber, logs and value-added wood products, said the Missouri Department of Agriculture.

Over the last 60 years, heavy rain storms and blizzards have become 24 percent more frequent throughout the U.S., according to the American Museum of Natural History. 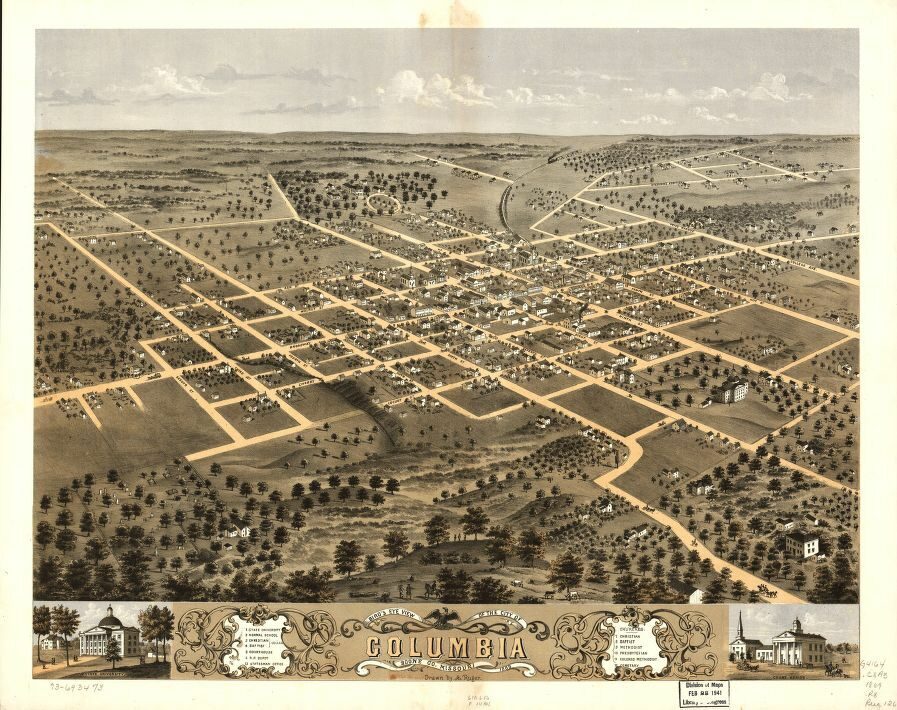 The 1820s marked the founding of Columbia, steadily hosting a growing population through the 1830s, cites the Historic Resources of Downtown Columbia, Mo. The shipment of railroad parts and the addition of three colleges within the city limits attracted people from all over the state, making it the largest city in Mid-Missouri. This added population, however, came with environmental consequences. The urban heat island effect is felt through Columbia as the burning of fossil fuels in the city is higher than its surrounding area, according to the Environmental Protection Agency (EPA).

Seventeen of the 18 warmest years ever recorded have occurred since 2000, according to Conservation International. 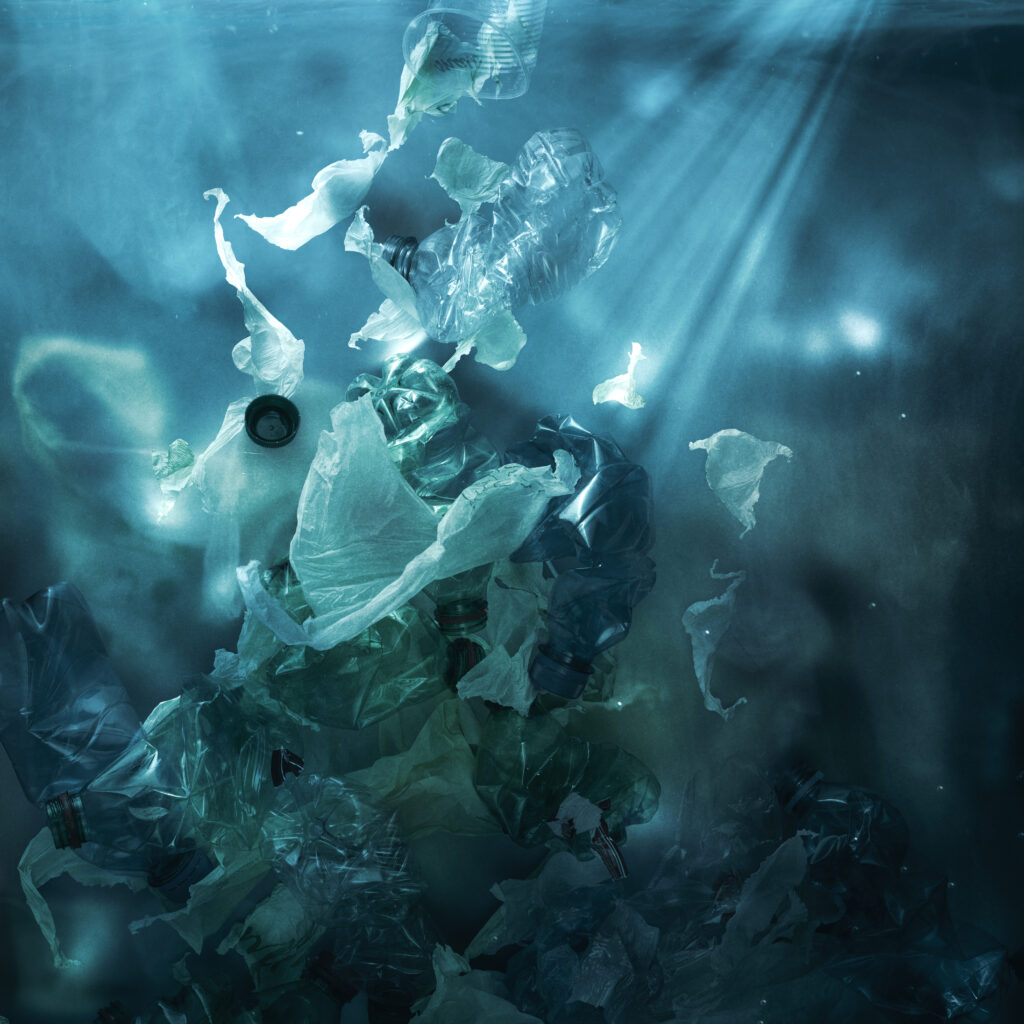 The Cost of Plastic

Plastics are a staple packaging element because of how cheap, durable and lightweight the compound that creates plastic, ethylene, is. Creating ethylene, however, utilizes around four to eight percent of global oil consumption annually, said Yale Climate Connections. Additionally, about 12.5 to 13.5 million metric tons of carbon dioxide are emitted from plastic per year while transporting and extracting natural gases is used to create plastic. 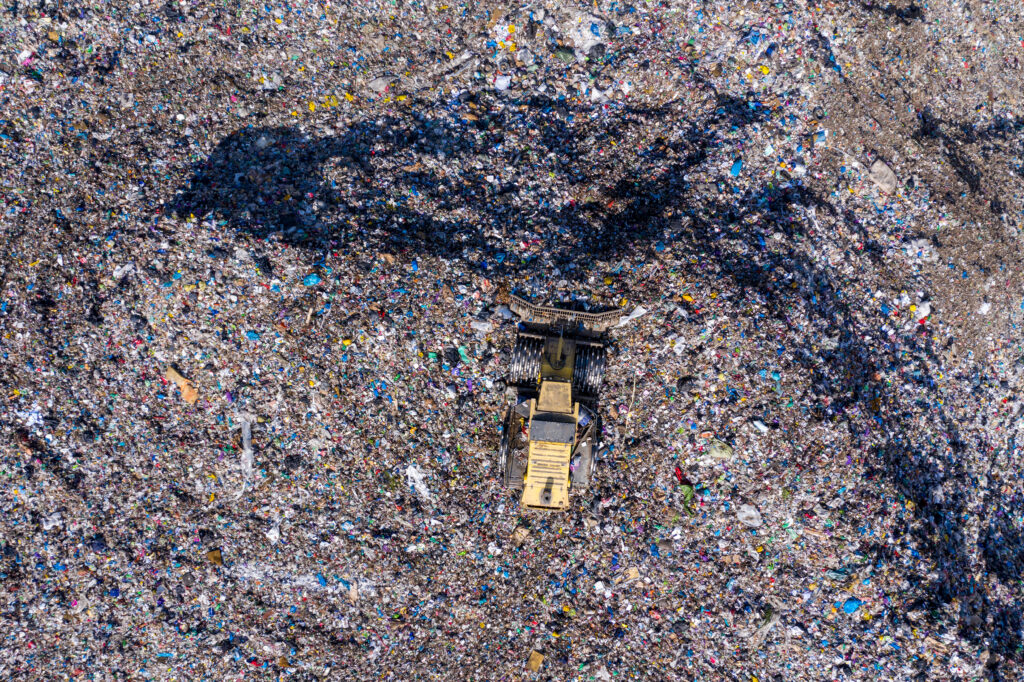 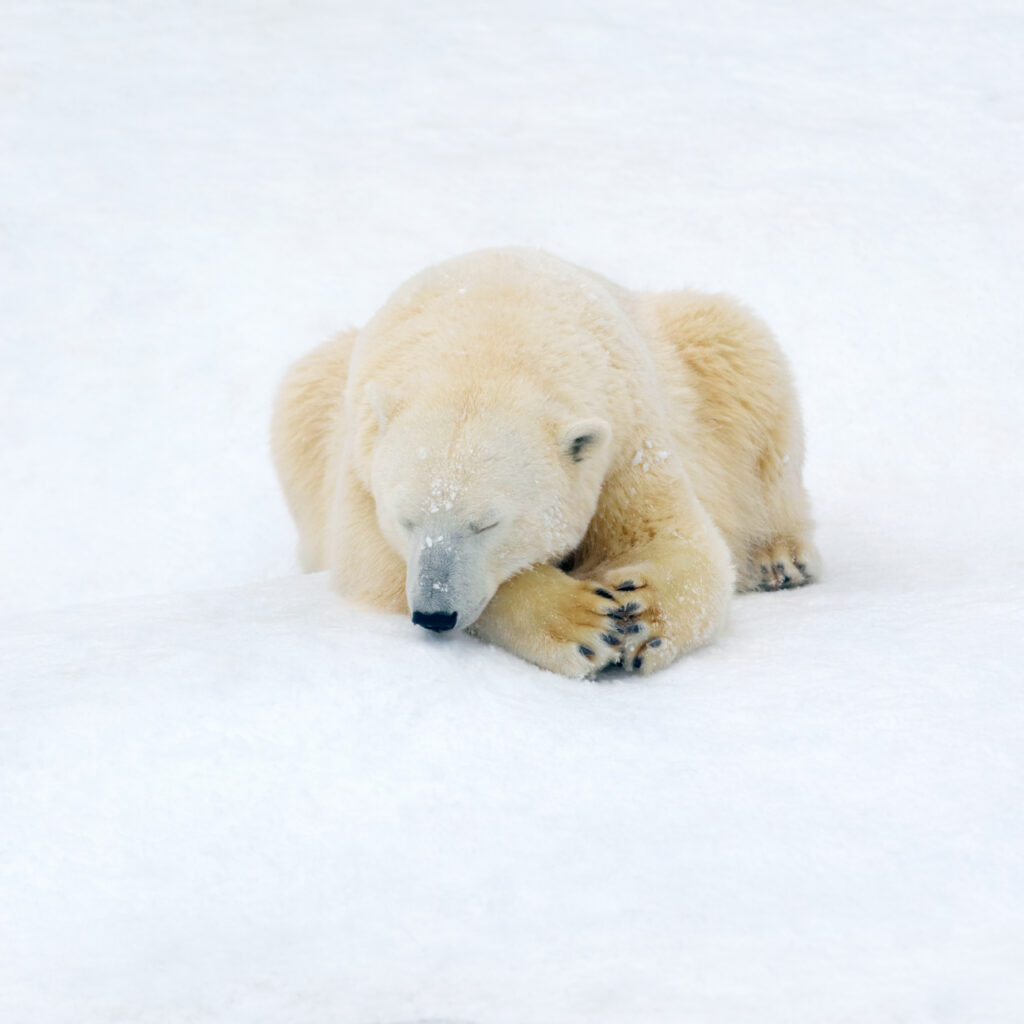 The warming of our atmosphere is impacting animals other than humans, too.

No Food for the Bears

Climate change has many key problems that come along with it, including rising sea levels and the warming of the Earth, according to World Wild Life. While these issues are extremely detrimental to humans, there are also quite a few species of animals affected by this change. For example, the polar bear relies heavily on ice within the Arctic, and the warming of the seas are ruining this ecosystem. This warming is killing off the bear’s prey: seals and walruses. It’s also forcing the remaining prey to come to the land, which is allowing the bears to kill them faster than they can reproduce, ultimately leading to not enough food for the bears. Although this is just one example, many species around the world are experience confusion in hunting, migration and reproduction because of climate change, cites World Wild Life.

A brief explanation of climate change and it's causes, impacts and potential solutions.

Junior Emily Dearing is a staff writer for Bearing News and The Rock. When she isn’t staying up until 2 a.m. finishing editing her stories, she enjoys going to concerts, spending time with her friends and sleeping when possible.

The format of this article made my reading smoother, and I enjoyed the pop-ups above the sub-headlines.