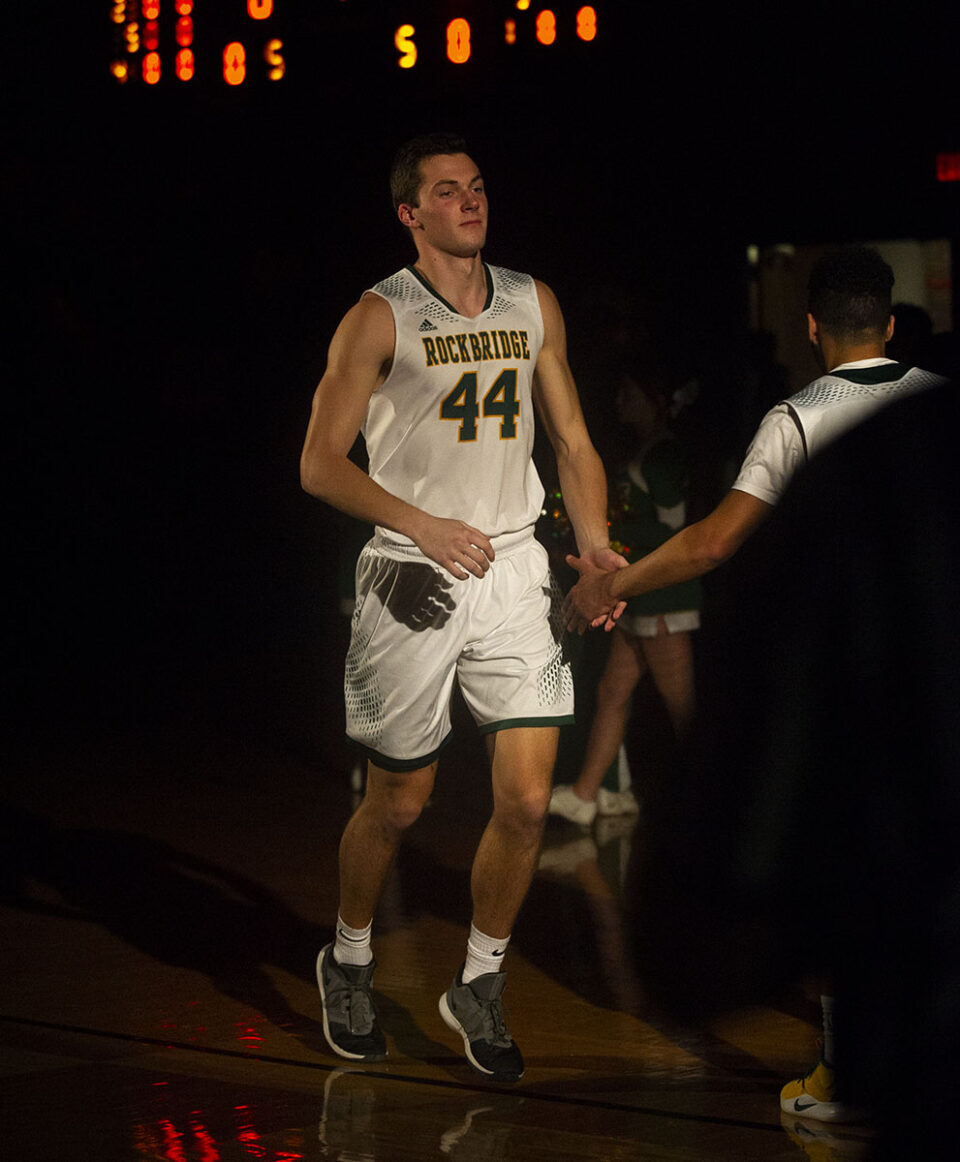 Senior Cooper Deneke shakes his teammate's hand as he is announced as one of the starters of the game Tuesday, Dec. 7. The team faced off against Battle, and walked into the game with a 5-3 record. Photo by Ana Manzano.

After a close JV game, the energy in the main gym was electric as students and parents waited for the boys’ varsity basketball game to start on Tuesday, Dec. 7. The Bruins defeated Battle High School (BHS) 59-55 on Tuesday, Dec. 7. The victory gave them a record of 6-3. With its third straight win, the team hopes to ride the momentum and win more games. Junior guard John Powell believes winning over BHS was vital to the trajectory for the rest of the season.

“We went through a slump where we lost three games in a row, but we have really dialed in during practice on fixing our mistakes and growing from them,” Powell said. “After an important win [against] district rival Battle, we are headed in the right direction.”

Both Powell and Senior forward Cooper Deneke look towards the future. Deneke reflects, saying persistence is the key to success.

“The team’s goals are to work together, win as many games as we can, and never give up,” Deneke said. “We want to leave everything out on the court.”

Guard Hudson Dercher is a sophomore seeing his first varsity season, joining a host of players also new to varsity. Though it is a new environment, Dercher is not fazed by the age difference.

“I’m grateful for the opportunity … to play varsity this year,” Dercher said. “Personally, I feel like there is no pressure on me.”

Powell, Deneke and Dercher all agreed that the team’s main focus during practice has been defense, and the commitment to it was shown by the success the team had against BHS. The crowd’s energy also gave the Bruins an advantage over BHS.

“I’d say the energy and intensity the fans and the team created gave us the edge over Battle,” Powell said. “It takes more than just skill to play and be good at basketball, you have to be locked in and ready to counter whatever the opposing teams throws at you, and that’s exactly what we did.” 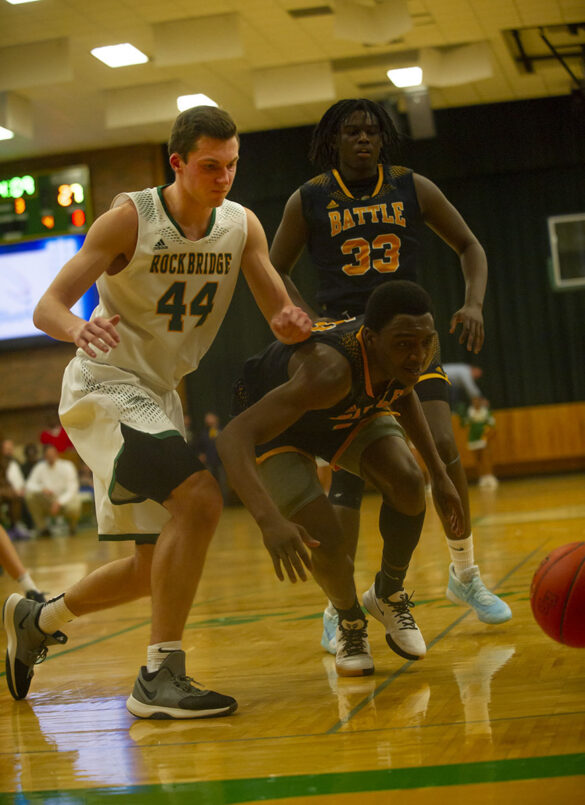 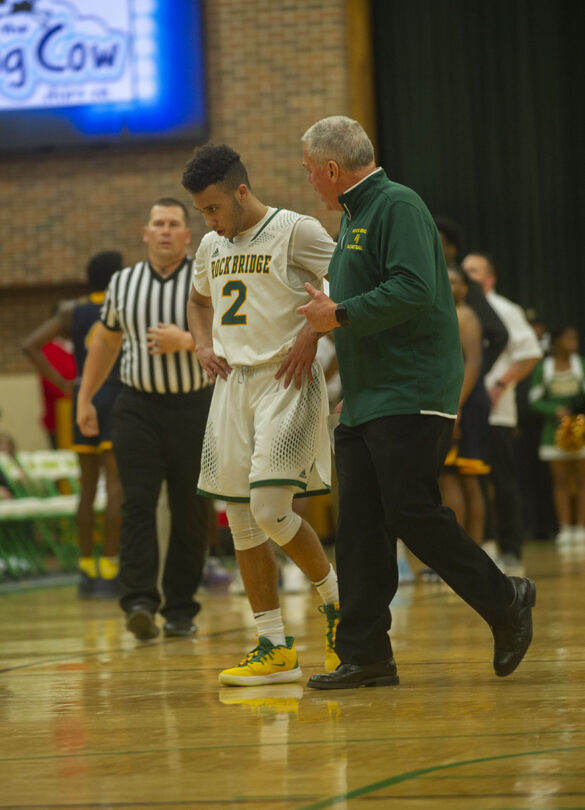 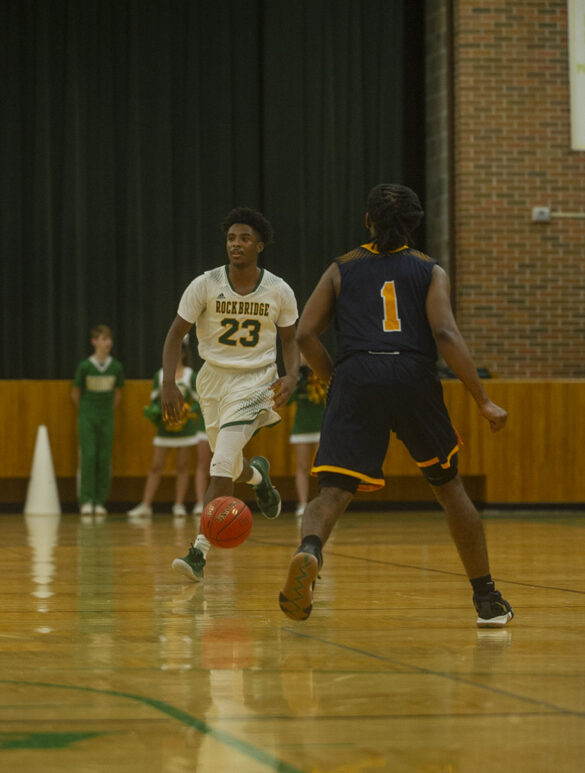 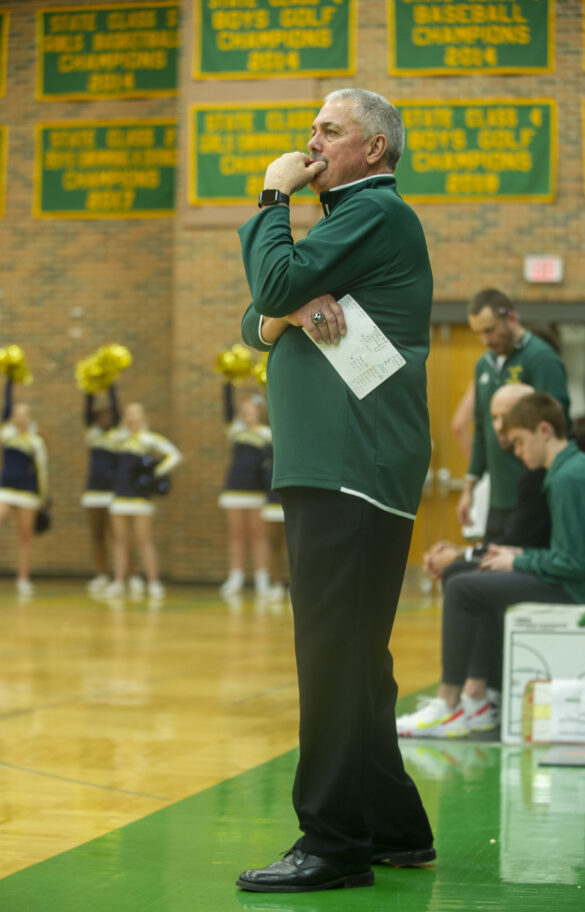 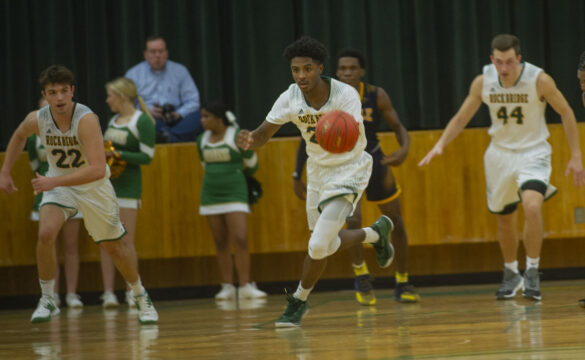 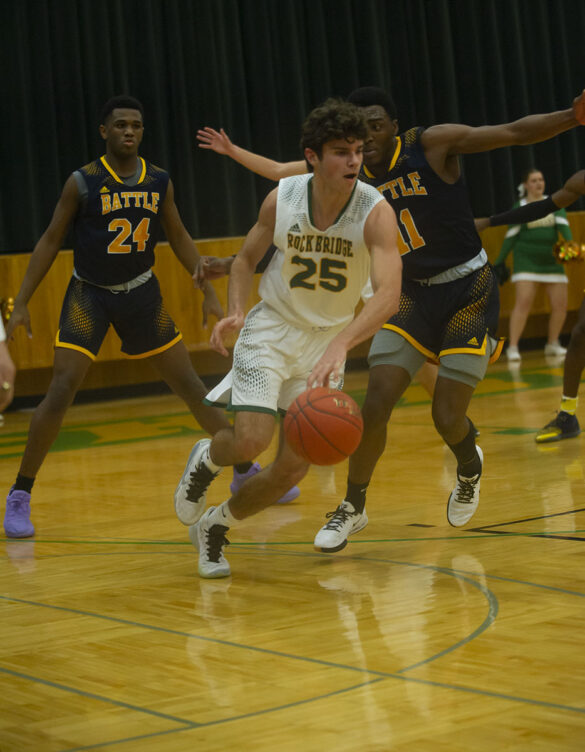