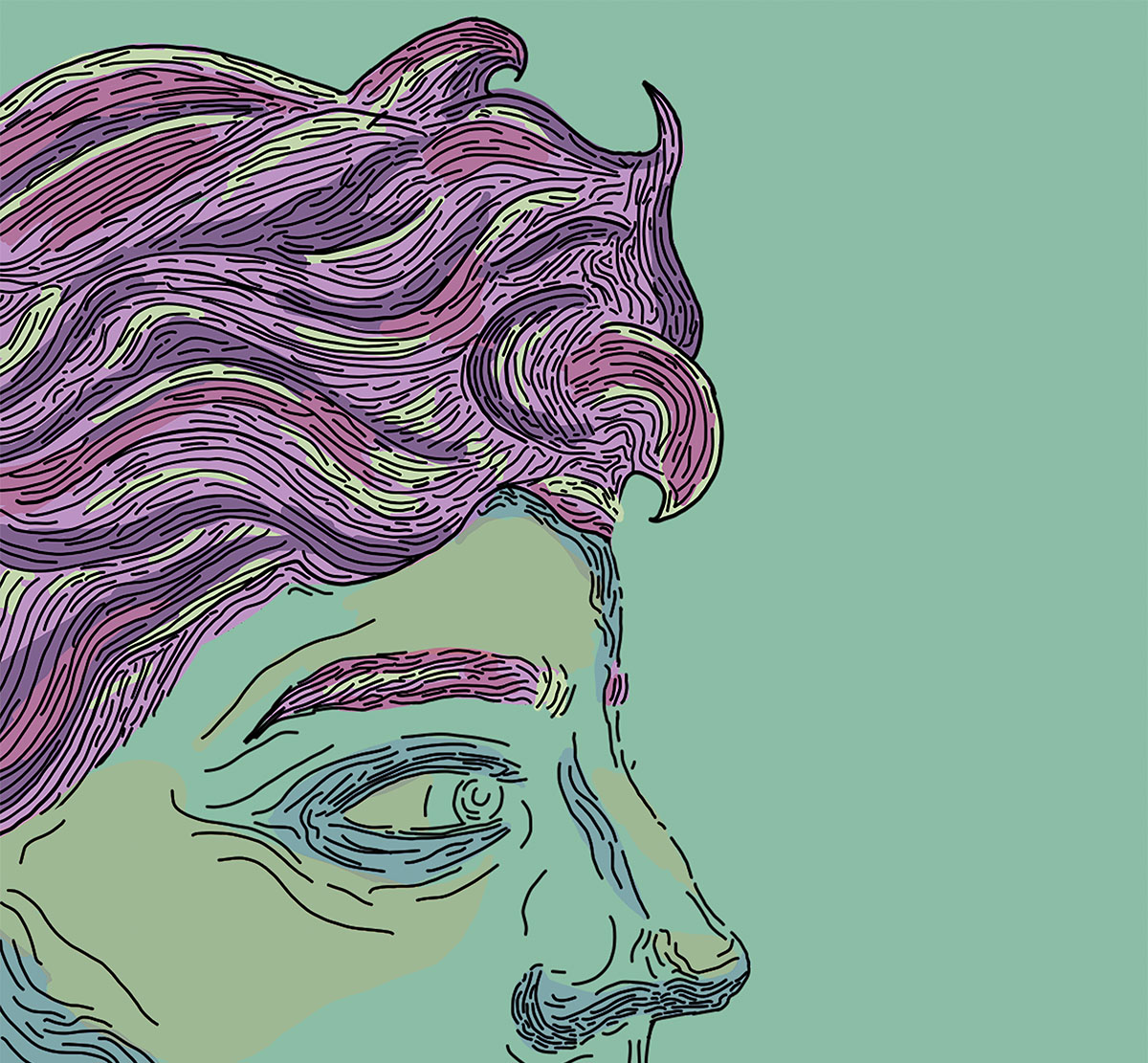 Toddlers knows barely anything of civilization beyond the walls of their home as they begin to walk unsteadily and babble to their heart’s content. Their understanding of happiness, sadness and anger depends on the actions of their parents and guardians, according to The Center on the Social and Emotional Foundations for Early Learning at Vanderbilt University. Socialization, the process where communal learning and ideologies create someone’s personality, allows infants to develop mentally and emotionally. Family, peers, religion, school and media are called agents of socialization, according to the University of Minnesota (UMN) online libraries. From entering kindergarten to finding a job, these components continue to contour human life. The customs and roles within people’s environment build their own personality and morality.

Family is the primary agent of socialization because it is the earliest form of guidance a child receives. Later on in life, other agents, such as media and peers, come into play as well, but the home environment provides a baby’s first experiences with culture and human etiquette. A household unit can teach children the importance of earning an allowance through paid labor, teaching them the importance of working for their goals. Throughout the rest of a child’s life, their knowledge of relationships and community determine how they, in turn, interact with others. Douglas Valentine, a PhD Candidate in the Sociology and Religious Studies Department at the University of Missouri — Columbia, said while history classes teach students one way of looking at the significance of a holiday, family often sets the perspective of how people view special occasions as well.

“Some people are tied very close to the particular idea of America, and family values reflect the history of American [standards].”

Douglas Valentine, PhD Candidate at the University of Missouri — Columbia

Since families are different from each other, they will teach contrasting morals, which their children carry as they grow older. For instance, if a child witnesses a parental figure being respectful or disrespectful, they are likely to mimic the actions of the adult because of the influence parents have over their children. The bond between parents and their children, however, might be more strained that the adults are willing to let on. According to a survey by the Harvard Graduate School of Education, most teachers and parents said their top priority was to develop kind children, but 80 percent of youth surveyed said their parents focused on achievements rather than kind attitude. Teens also said their parents were more proud of them for good grades than for being a caring community. Though parents want to develop considerate children, it appears family conversations are geared toward educational success, which could impact their actions in the future. What media children prefer, what religion they practice and who they become friends with are all types of socialization linked to family.

“Family values get wrapped up in the other social institution,” Valentine said. “If you… come from a particular religious background, your… values are probably going to be defined by your religious identity.”

For sophomores Cassie Morse and Hannah Kuhnert, family and religion tie closely to one another. Raised in dominantly Christian households, both attended church at a young age with their parents. Kuhnert said her mom taught her many lessons rooted in the Bible when she was younger, and most of them stuck with her as she grew up.

“My mom’s always been super adamant about loving your enemies, which can be so difficult sometimes,” Kuhnert said. “But that teaching especially has come up a lot within high school, and it’s been super helpful to have been able to wrestle with it and practice that.”

Kuhnert also said her peers have changed the way she interacts through her faith. She has both Chrisitan and non-Christian friends, and she said their perspective concerning her faith impacted how she views herself and others.

“I was really nervous to share my faith around my friends who aren’t religious or aren’t Christian because I was scared of how they’d react,” Kuhnert said. “Over time, though, it’s helped me really build and be bold with my faith.”

In contrast, Morse has had some negative experiences when sharing her religion. Because of her outspokenness about her faith, her classmates often did not take her seriously, and Morse sometimes experienced bullying during middle school. She said, however, that she holds no grudges and the negative feedback only made her delve into her faith more passionately.

“I think it’s not always easy for people to understand because you’re so committed to something that not everybody is able to see,” Morse said. “People obviously have different beliefs, but I’ve had people who are really super nice about it, and I’ve had people for sure that don’t appreciate it, and they’re going to make it known.”

“I was really nervous to share my faith around my friends who aren’t religious or aren’t Christian because I was scared of how they’d react. Over time, though, it’s helped me really build and be bold with my faith.”

Morse and Kuhnert go to the same place of worship, and they both said they’ve met new people through their religious groups. Youth organizations can help teenagers increase their self-esteem by providing a place for safe, youth-to-youth interactions, according to the Center for Community Health and Development at the University of Kansas. These groups also develop critical thinking skills for children as they practice problem-solving in a group scenario. Morse said she met many of her close friends through her church, and they’ve been able to share the same beliefs and principles.

“I think that it’s really nice for me to be able to have my church and my youth group for that because they’re all such great people,” Morse said. “We’re able to be authentic with each other and push towards the same goals.”

Another key part of human development, in addition to outside friendship, is sibling interaction. Siblings are a major part of who children communicate with, according to an article featuring Laurie Kramer, a professor of applied family studies in the department of human and community development at Illinois.They included older and younger siblings, brother to sister and biological to adopted. Junior Jocelyn Ash has five adoptive siblings, but she said they treat each other the same way biological siblings do. She recalls “driving her mother insane” with the constant bickering between her and her siblings and feels their quips are alike to those of biological children. After her parents told her about her siblings’ lives before they adopted them, Ash said she has become less inclined to judge people at first sight and more thankful for her own life.

“I think having adoptive/foster siblings has shaped my character in a way that would virtually be impossible to unshape,” Ash said. “I’m one to quickly judge others based on outside appearance and the situation they’re in, but what I’ve realized with having a hybrid of siblings from various backgrounds is that we can’t always judge by what we see.”

Ash also said her adopted siblings help her be more understanding of people’s cultural backgrounds. Children are often put into foster care because their birth parents do not have the resources to support them, according to the Missouri Department of Social Services. While the biological relations works to create a safe home, the kids are sent to foster parents who take care of them before they can be reunited again. In the case of adoption, the goal is to provide permanent places of residence for the children rather than temporary foster homes, according to the American Academy of Child and Adolescent Psychiatry.

“Before having siblings from all different backgrounds, I used to constantly apply the just world phenomenon [the idea that people get what they deserve because the world is fair and just] to every scenario,” Ash said. “But now that I have siblings who have lived in that state of life, I’m prone to be more understanding of where they’re coming from.”

In everyday life, from religious practices to sibling banter, the agents of socialization are visible. Positive effects of these agents form the base of human interaction and group cohesion from the infant stage in order to make humans productive beings, Valentine said. The agents of socialization, however, often overlap. In both religious youth organizations and school projects, students learn to cooperate and behave as a community, and they learn from interacting with each other as much as from the activity itself, according to the UMN.

“…now that I have siblings who have lived in that state of life, I’m prone to be more understanding of where they’re coming from.”

With media on the rise and culture in people’s homes modernizing, people learn about materialistic and non-materialistic values, such as digital technology and intangible norms or beliefs. Newspaper, television and the internet are types of media mass media that people consume on a daily basis, according to educational technology company, Lumen Learning. With the recent impeachment hearings and political conflict, where people find their information helps reinforce their personal thoughts, Valentine said. For example, if a person with conservative values finds news based on social media pages from their conservative friends, they are more likely to further strengthen their own beliefs without listening to opposing viewpoints. This leads potentially false conclusions that may shape a person’s perspective into one of extreme bias.

“Even though we have an idea that there is this huge world of [broadcasting] we can go out and explore,” Valentine said, “I think people are increasingly sticking to the media they want that backs up what they already think.”

Mass media may also impact how young viewers perceive the world. In the PBS KIDS show Sesame Street, children grasp the value of teamwork and kindness through costumed characters. The show teaches letters, numbers and simple math problems, stimulating learning in the kids, according to the National Center for Biotechnology Information (NCBI) and U.S. National Library of Medicine. The media, however, includes subjects such as violence, alcohol, drug use and sexuality, which children may be exposed to as well. According to a study mentioned by the NCBI from the American Association for the Advancement of Science, there is a correlation between the violence young people see and their rough behavior in the future. The aggressive media impacts people’s actions to become more hostile in the future. Mass media, while influential, are not the only agent of socialization that influences negative behavior. If a child watches violent television shows and is part of an abusive or distressful family, they are more prone to copying dangerous conduct, according to the NCBI. Family and media can link to each other, just like peer groups and religion can all sculpt someone’s personality, but they are not limited to one or the other.

“At school, kids learn from other kids just as much as they’re learning from teachers, and they also learn from households with dominant forms of religion, government and law enforcement,” Valentine said. “[These institutions] complement one another; they interact with one another, and they back each other up.”

How do you think the ways we interact affect our personalities? Let us know in the comments below.