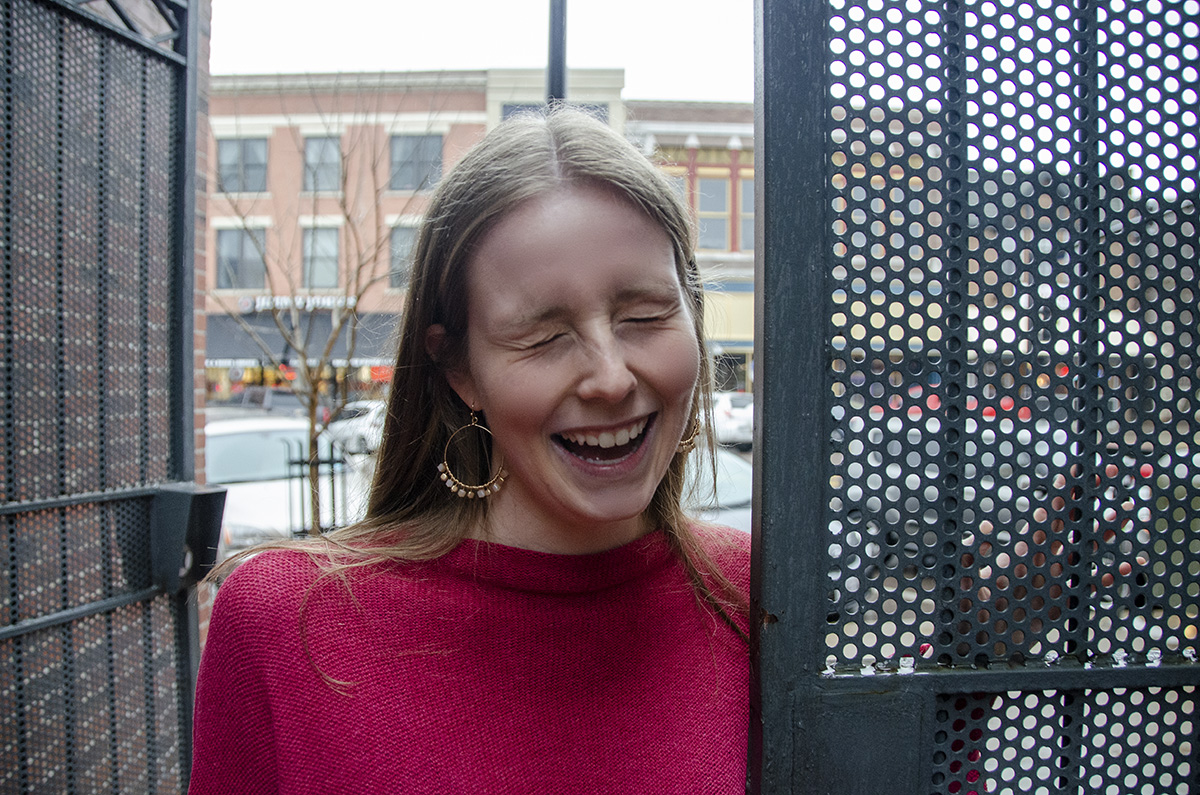 When I first met senior Reagan Richards in the fall of 2015, I would have never thought she would come to be one of my closest companions. We first met through mutual friends at swim practice, and although she was nice enough, my impression was that we didn’t exactly hit it off. She, then in seventh grade, was fairly quiet, whereas I, then in sixth grade, was bouncing off the walls. I was talking like everyone had earplugs in, making jokes, being mildly annoying and she, although smiling, seemed uncomfortable. She later told me that even though I tried to make her laugh, I ended up getting on her nerves.

After our first interaction I would occasionally bump into her at school in the hallway during passing periods at Gentry Middle School. Being as kind as she was, she would smile and wave, which I would return. Our pseudo-friendship continued like this for a few years, surviving on small, insignificant interactions when we saw each other. Although this was pleasant, I wanted to be friends, not simply acquaintances. I wanted to have a true, deep friendship with her, as opposed to a superficial, useless one.

Our pseudo-friendship continued like this for a few years, surviving on small, insignificant interactions when we saw each other.”

In the summer of 2017, one of our mutual friends, Ansley Barnes invited us and a few other swimmers over to her house to hate-watch The Bachelorette on her TV in the basement and eat junk food.  By this time, Reagan and I were attending RBHS. In the short period between then and when we first met, I like to think I mellowed out somewhat. I wasn’t overly energetic and was content not to be constantly speaking. After Ansley’s mother guided me to the stairs, I went down, greeted Reagan and the rest of the people who Ansley invited and popped open a soda. That night, as we all made fun of the ridiculous, forced drama on the television over Doritos and brownies, I felt a genuine connection to Reagan. I found myself laughing at all of her jokes and wanting to spend more time with her. For the first time, we had a genuine, positive and personal experience together.

The following month, we were in the same group at swim practice, meaning we would be spending two hours with each other every day until we would graduate from RBHS. I was curious and excited yet uneasy to spend that much time with her. I liked her and her sense of humor but was afraid I would eventually get on her nerves after so much time together every single day. I didn’t want my tendency to talk too much to annoy her.

As the weeks passed and we saw each other more often, however, I realized I was at the start of what I hoped to be a lifelong friendship. I was talkative enough to annoy some people, but she enjoyed that there was never a dull moment with me. Every joke she said made me giggle, and vice versa. Our personalities fit so well together.

Little by little, we got to know the ins and outs of each others’ personalities. I learned she has two sisters, her best stroke is breaststroke and she likes country music – much to my disdain. She learned that I have a brother, my best stroke is freestyle and I love chocolate-flavored anything.

“Our personalities fit so well together.”

Nowadays, I’ve come to rely on her and her comforting presence when I need some comfort. Whenever I am suffering through a hard practice, I know I can look to her to listen to my complaints. The moment a stupid joke pops in my head, I turn to her because she will laugh. Any time I am uncomfortable, upset or sad, I can turn to her for advice and emotional support. Once, I was talking to her during practice about how I was having an awful day. I was late to school, I wasn’t swimming well at practice, and I was fighting with another one of my friends. Without hesitation, she offered to take me to Andy’s after practice and to listen to everything I wanted to complain about. When I have troubles with my other friends, I spend the evening in the Andy’s parking lot with her, talking out my feelings and asking what she thinks I should do. If she were ever to need me, I would drop everything for her, just as she has done for me.

Without Reagan’s bright, hilarious and effervescent presence in my life, I would be lost. A huge source of friendship and happiness wouldn’t be there. She is one of my closest friends, and I hope never to lose her. Although she will be off to college in the fall, she won’t be far, as she is studying nursing at MU. She has promised to keep up with my results from swim meets and to stop by RBHS every once in a while. Our paths may diverge, but we have promised to one another to keep in touch and to always let the other know if one of us needs help.

Do you have a certain friend who you couldn’t live without? Let us know in the comments below.

Having that one friend that you can rely on for anything is always an amazing feeling. I had met mine seven years ago and we’re still friends to this day. We now live three hours apart, but continue to find time to see each other and stay in touch.

When my best friend and I first met in elementary school we actually hated each other and I had no idea we would become such close friends but having someone in my life who really understands and cares about me has brought so much growth and happiness to my life.