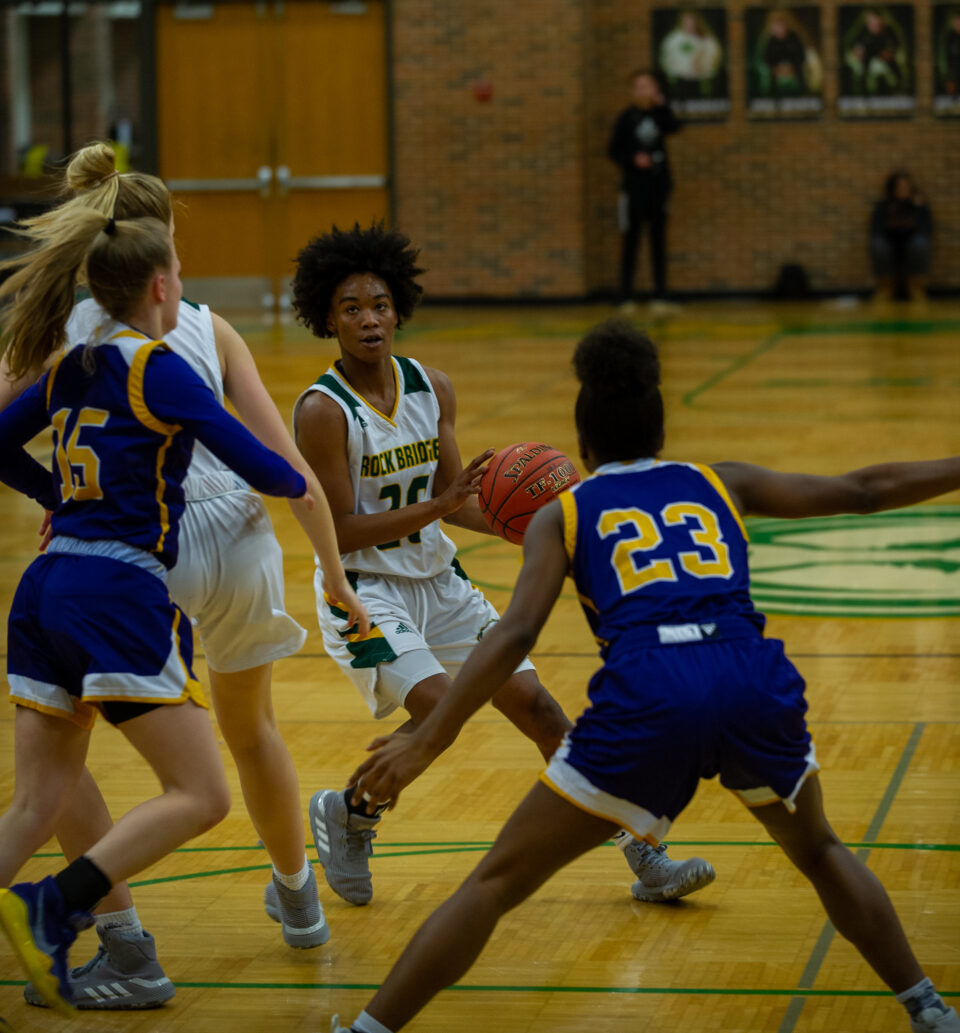 After suffering just the third loss of the season to Liberty High School in the Truman Tournament on Jan. 25, the girls’ basketball team took on cross-town rival Hickman High School (HHS) on Thursday Jan. 30. From the opening tip, the game was fast-paced, and the Bruins took an early lead against the Kewpies. In the end, the Bruins overwhelmed their opponents with the final score being 70-27. Head coach Jill Nagel said the mentality going into the game was to play more to their strengths, something the Bruins lacked against Liberty High School.

“We felt like we limited ourselves in transition against Liberty. They were trying to take away some things away and take away our transition,” Nagel said. “But we were also maybe the biggest culprits of slowing ourselves down, so that was a big emphasis for us tonight. Going forward [we’re] making sure that we’re not the ones that stop ourselves.”

Against HHS, RBHS put on a clinic in transition and on fastbreak opportunities. By the end of the first half, a balanced scoring attack led by senior guard Sana’a St. Andre, sophomore forward Kyrah Brodie and junior guard Mary Primus gave RBHS a 30-15 lead.

“We want to play inside out and still get paint touches, whether that’s by passing into the bigs or penetration and attacking the rim,” Nagel said. “Our bigs do a good job of not forcing things and kicking it back out when they get double-teamed.”

Brodie, one of the bigs on the team, helped thoroughly out-rebound the opposition, leading to multiple fast-break and transition plays. Thanks to her rebounding skills, she allowed St. Andre spearhead the offense, as St. Andre shredded the man-to-man defense of HHS with ease and scored 16 of the team’s 70 total points.

“You can never underestimate a team, [so] you really have to work hard, and we learned that from this weekend. We just came out here hungry,” Brodie said. “The coaches have challenged us to getting as many rebounds as possible offensively and defensively… it’s been one of our main focuses.”

Despite a 15-point lead, the Bruins kept the pressure on HHS by playing a full-court press defense throughout the rest of the second half. This, combined with a 8-1 run to start the third period, extended the lead to 28 points before the final period. Nagel said the constant effort and pressure on defense sent a message to opponents: no easy buckets.

“We want to try and make everything as hard as possible,” Nagel said. “Obviously teams are going to score, [and] they’re going to get good plays against us, but we want to make it very hard for them to even score.”

Primus added that the aggressive defense wasn’t meant to be “disrespectful,” but is an identity of the team. The fast-paced playstyle of the offense becomes contagious on the defensive end.

“We have to be conditioned to play an up-tempo, aggressive defense for four quarters if we want to make a run in postseason play,” Primus said. “We think our pressure [on] defense can be very effective, so it was a great opportunity to continue to get better in that area of our game.”

The team received major contributions from the starters and the bench, with five players scoring in the double-digits. Nagel appeared proud and exuberant while pacing the sideline as all players fired on all cylinders.

“We were also maybe the biggest culprits of slowing ourselves down, so that was a big emphasis for us tonight. Going forward [we’re] making sure that we’re not the ones that stop ourselves.”

“I think that’s been a big thing for us [because] we want everybody on the floor to be a threat, and I think you saw that tonight,” Nagel said. “It’s hard to guard whenever everybody’s a threat. If you only got one or two scorers it becomes a lot easier for defenses to play against, [but] I thought we did a great job of sharing the basketball.”

The Bruins’ speed was on display throughout the game, and Primus credited the structured practices under Nagel as a key reason for why the team executed many of its plays. Primus said playing fast allowed RBHS to score without having to take time to call out play designs.

“We want our defense to lead to our offense and if we are able to get quick buckets without having to run offensive sets, that is ideal,” Primus said. “I [also] realize my speed is one of my strengths and I’ve worked to make sure I’m able to finish those buckets in transition.”

The Bruins improved to 11-3 on the season and travel to face Howell Central High School on Feb. 1. With a little less than half of the regular season left, the team still has some kinks and weaknesses to iron out in order to be fully prepared for postseason play.

“We really just need to work hard to perfect our plays and grow as a team,” Brodie said. “We still have some room for growth [and team chemistry]. We’re playing a really tough team on Saturday, so that will help prepare us.” 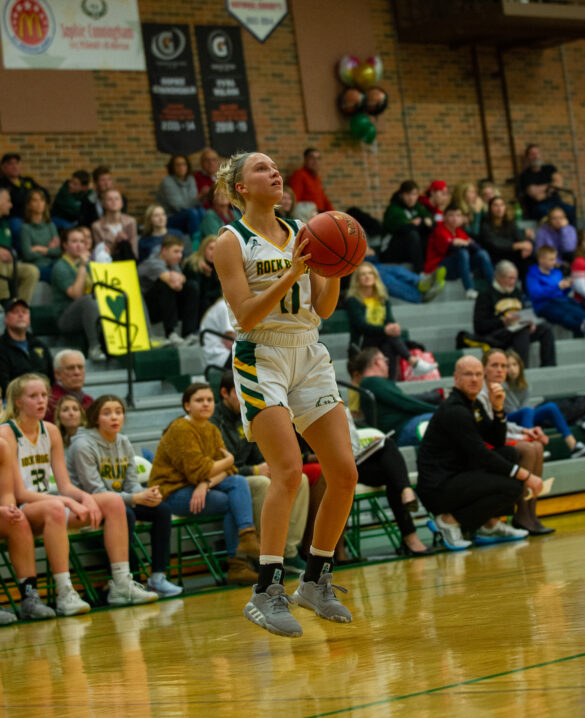 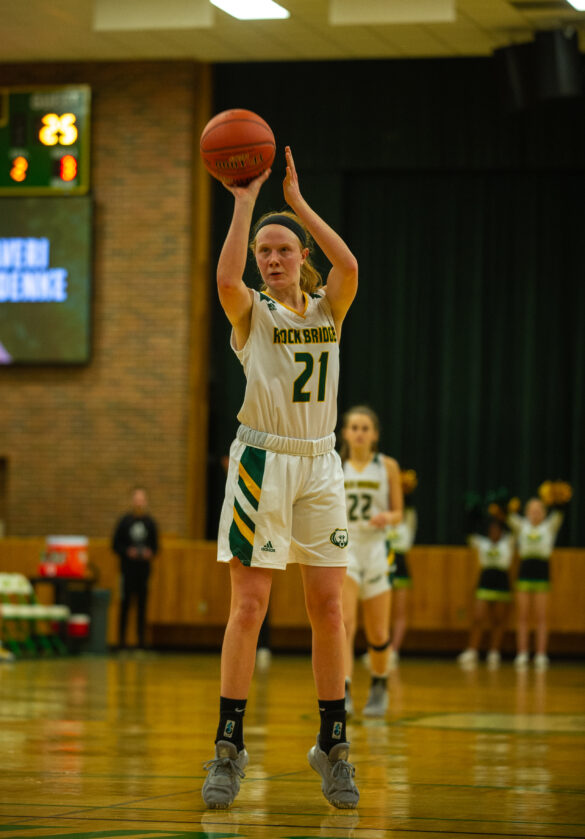 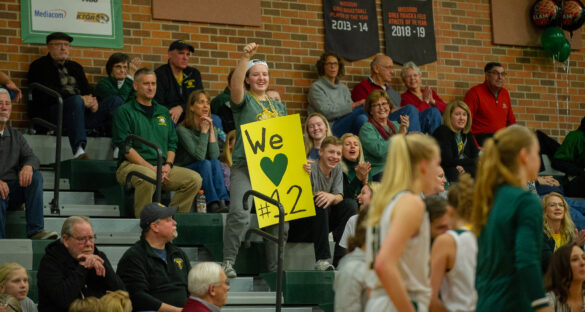 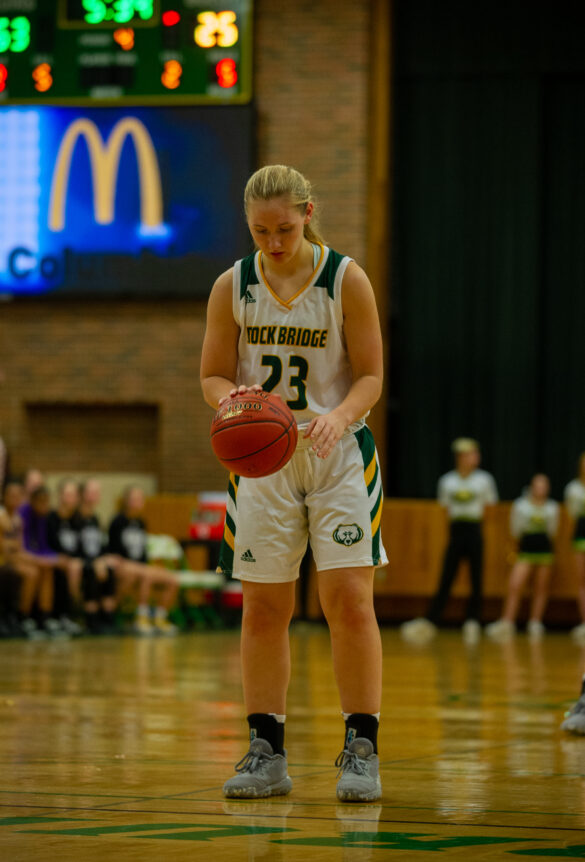 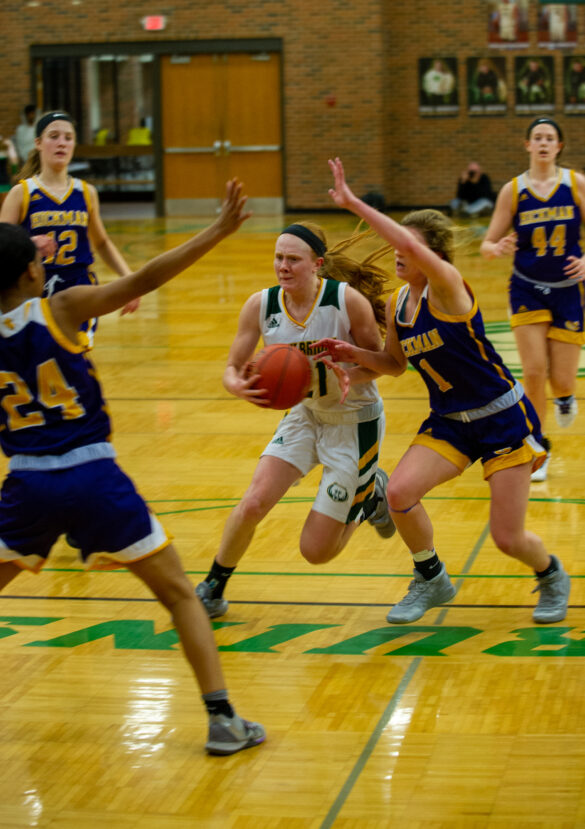 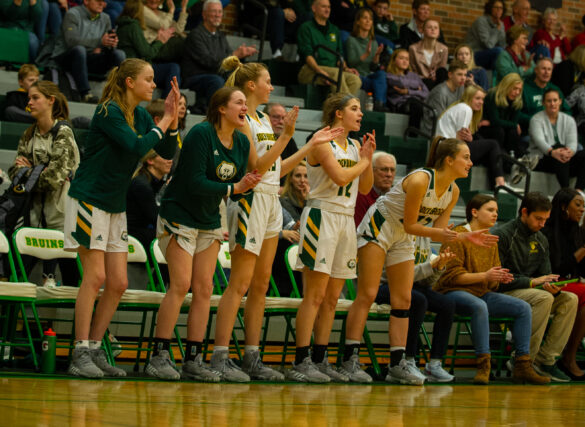 How do you think the girls’ basketball team will finish the season? Let us know in the comments below.