As the warm-up buzzer approached double zeroes, basketballs found solace in a container, and girls from the two teams gathered on opposite sides of the green and gold court to shake out their final nerves. The Lady Bruins stood with the whole arena to honor the national anthem, each of them drumming the rhythm of the familiar beat on the shoulder of their teammate in front of them. Then, their beloved head girls’ basketball coach Jill Nagel rallied the team one last time and watched as tip-off commenced the Jan. 9 game against Ozark High School.

Immediately a fast-paced match began with both teams eagerly looking for a win. Free throw attempts were never spared on the Bruins’ side, and points in the paint rarely missed the net. The Bruins are currently ranked number two in the state and with a home court advantage and a loud student section decked out in camouflage, RBHS took home a 63-40 win over Ozark. Senior Eryn Puett, a Missouri University of Science and Technology women’s basketball commit, wrapped up the evening with 27 points, the leading score for the Bruins, and is looking forward to the road to state.

Puett, one of four seniors on the team, has been a standout since her freshman year and is excited about the team’s improvement over the last couple seasons. Another varsity asset, the youngest of the starting five and University of Missouri women’s basketball commit, sophomore Averi Kroenke also ended the night with points in double digits, 14. Like Puett, Kroenke is also enthusiastic about the potential her team has to take home a state championship title in March.

“I thought we played very well and fought hard on defense. It was a really good win against a quality opponent,” Kroenke said. “I thought I played good and was really focusing on rebounding well and playing good defense, and I think that went well.”

With an 8-2 record, the Bruins have many obstacles ahead as they look to face more competitive teams, Puett said. Jefferson City High School, the second place finisher at last year’s Class 5 state championship, is currently ranked first in the class and will play RBHS on Feb. 13 in Jefferson City. While looking forward is important, Kroenke said focusing on “one game at a time” is an important goal for the rest of the season.

“I have improved on my rebounding and worked on my shot and thought I did that well in the game [Thursday].” Kroenke said. “I’m always striving to be more consistent and add to my game.”

Nagel, who values the amount of time her players put into the sport both in and outside of the season, said her teams’ dynamic allows any given player to be the leading scorer each game. She said she was proud of the way her girls played and how “relentless” they were with the ball.

“I just want us to put forth our best effort every single game and being that encouraging voice for them,” Nagel said. “That’s what I try and do every game.” 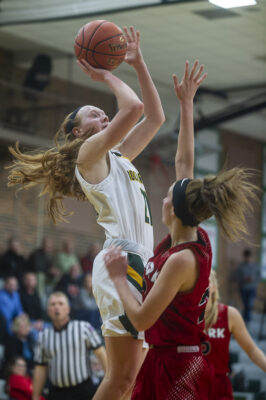 Sophomore Averi Kroenke goes up for a short jump shot during the fourth quarter of the game. Photo by Camryn DeVore. 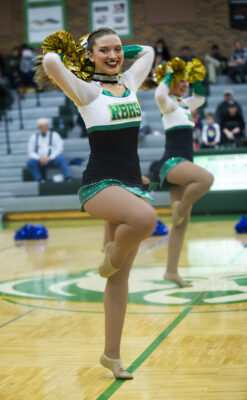 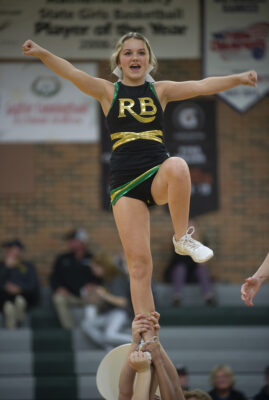 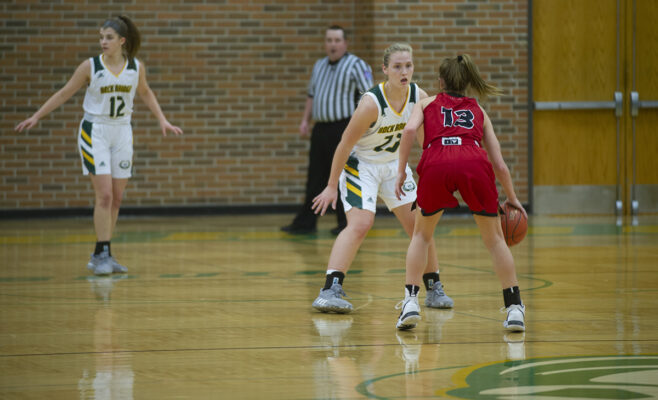 Senior Eryn Puett guard Ozark High School's point guard during the first quarter of the game. Ozark was able to score first but the Bruins quickly retaliated to gain the lead.

What do you think about the Bruins’ performance? Let us know in the comments below.

First time I made my own pasta

First Time I made pasta from scratch