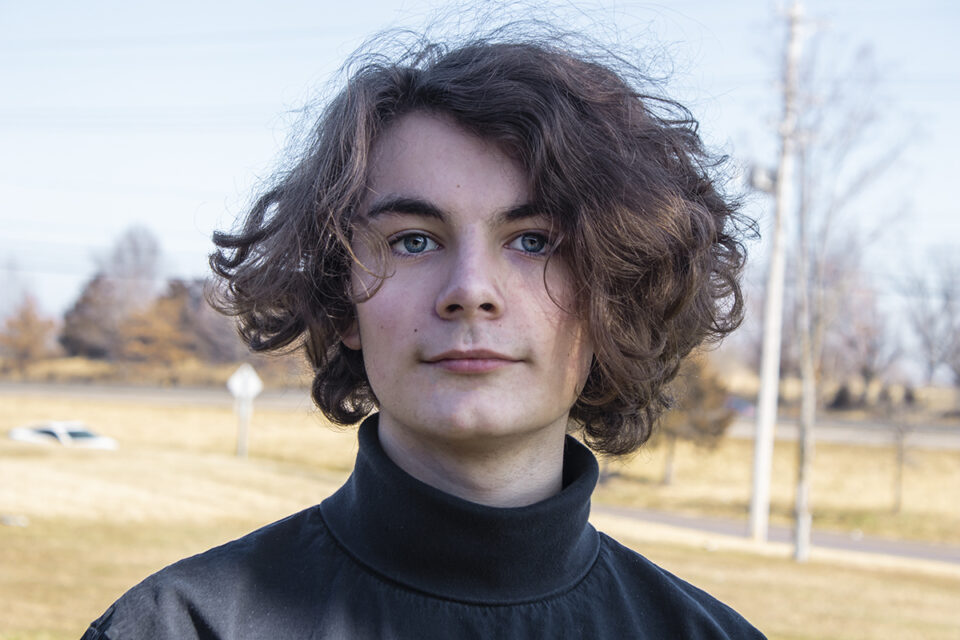 “In my opinion, a big issue is the ability to participate in clubs based on grades. During middle school and high school you should be branching out, trying new things and joining different clubs. But some people are hindered by their grades just because they don’t do well in certain subjects. I’m bad at learning other languages, and I wanna be a musician, but penalizing kids for failing a class by blocking them from their passions is not the right way to go about their situation. If you’re bad at math or something, it shouldn’t limit you from learning art or music or acting or anything that’s [MIssouri State High School Activities Association] eligible. But in the end [grades] aren’t gonna matter. I’m gonna need to be MSHSAA eligible this upcoming semester, and I’m not good at Japanese. I know it’s a hard language and that’s my fault for choosing it, but I passed it at the end [of first semester]. You need a steady D to be MSHSAA eligible, but my grade constantly fluctuates between Ds and Fs. I’ve put way too much effort into that class compared to everything else, including things I’m actually passionate about. If there is just one class you can’t do, just one, it shouldn’t stop you from being MSHSAA eligible. I think to improve this system they should judge you based on your ending grade of the semester rather than randomly throughout the year. I was able to pull my Japanese grade together by the end of the semester, but I was failing the class at different points during the semester, and I shouldn’t be ineligible just because I can’t keep my grades together 100% of the time.”

‘1917’ comes together because of impressive visuals, technical achievements