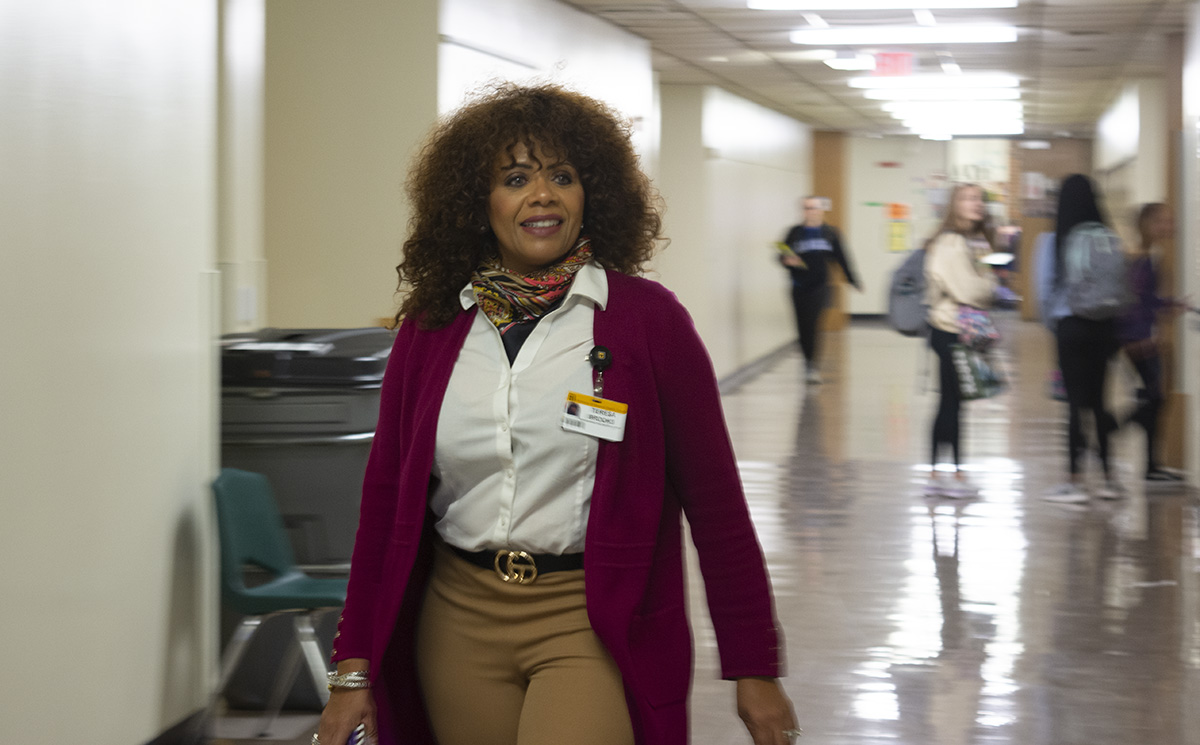 Teresa Brooks, the first female student body president of RBHS, describes herself as “always busy doing something.” In her time at RBHS, she was a member of student council, choir, cheerleading, newspaper, National Honor Society and was active in her church. Brooks attended the University of Missouri and worked at Conifer Health Solutions in patient access and revenue in Michigan before returning to Columbia and the University of Missouri hospital system. Brooks has continued many of her passions from RBHS, including becoming ordained and running a newspaper for her church called “The Brief.”

Q. Why did you join student government?

“I wanted to make a difference to be honest. I was really, really shy as a young kid, and I was the youngest in the family. So I think growing up I didn’t really talk a lot or I didn’t feel like I was heard, because I was the youngest. But I think I got to a point in junior high school, where I tried out for basketball, played basketball for a little while, I always like to try different things, but when I got into like student government, that is where I just felt like I could make a difference. I liked to do things for the community and so I liked to lead projects. And it’s ironic because I still do that now. I was part of a prison ministry in Michigan where I would help young women who were  coming back into the community to be able to give back into the community and so I think that helped me understand and get involved in the different community organizations that were out there. I’ve always been a leader. And I just always wanted to make a difference.”

Q. As the first female student body president, when did you realize you were a trailblazer for RBHS?

“I think it was years after I graduated and my nieces were here [in Columbia], of course, my family was all in Michigan. So my, my kids didn’t go to the school, but my nieces went to [RBHS]. And they said to me one day ‘Aunt Teresa, do you know you were the first female president, student body president?’ And I’m like, ‘Really? I never realized that.’ And I think it was when my nieces and nephews pointed it … that’s when it hit me.”

Q. Do you feel you encountered any discrimination or were held to a higher standard at RBHS at because of your race?

“[When] I grew up … we didn’t see that we were different. One of the things that I think happened with me … was I had friends from all races [and] backgrounds. I think the hardest part for me was at that time my family lived south of town, but a lot of the minorities were bused here. And so they didn’t live in my subdivision, I didn’t see them all the time or what have you and so my only encounters [with them] were really at school. I always felt isolated from them because they would say, ‘Oh, you think you’re better than us?’ And I never understood that, like, one of the things they would say back then was, ‘You’re trying to be white.’ And I didn’t know what that meant. I’m like, ‘How do you try to be white?’ You know, I just am who I am. And that main bench that was in front of the office, that used to be referred to as the black bench. And African Americans were the only ones that sat on that bench. And so my best friend [Julie] … would come and I’d sit on the bench and Julie would sit with me and they would say, she’s not supposed to be on this bench, this is the black bench. And I was always very vocal. And I would say, ‘you know, the last time I checked, this is not a bench for color. It’s for anybody.’ And so I was always accepted [at RBHS]. … And then when I got to college, that’s when I felt the separation. And I felt like I wasn’t prepared. So my best friend Julie was pledging all her sororities, and I decided I wouldn’t pledge. I wouldn’t. I didn’t want to pledge a sorority because there was too much division. And so that’s when I think I really got the realization that the world divides us. … My kids graduated from the same high school my husband did, and it’s in a predominantly white community. My daughter was one of two African Americans that graduated in her class and … I wanted to prepare her for when she went to Michigan State that there would be a separation. … I think my parents also taught me that it doesn’t matter what other people think about you or say about you, it’s what you say about yourself. So you can either listen and believe it, or you can say something different. And then their word means nothing. It’s your life that is the message. And so I think having that background really made me feel comfortable in who I was.”

Lack of diversity in medicine lowers quality of care


The Bruins’ football team lost 33-0 during their