“Shark week,” “Niagara Falls,” “the red plague” and “the female monster” are only four of more than 5,000 menstrual euphemisms Clue, the Berlin-based period and ovulation app, recorded from its international users in a 2016 survey.

Period slang dates back thousands of years and is prevalent in many modern geographic locations including, but not limited to, Japan, Spain and the U.S.

In certain cases, menstrual euphemisms are appropriate and acceptable to use. For example, they may provide security for victims of trauma and individuals who view periods as a betrayal of their gender identity. It’s not necessary to completely abandon euphemisms, but the overwhelming use of coded language to hide menstruation as if it is somehow innately gross, unsanitary or shame-worthy has destructive consequences. Vague and mysterious terms also lead to a poor understanding and appreciation of the menstrual cycle.

Google defines a euphemism as “a mild or indirect word or expression substituted for one considered to be too harsh or blunt when referring to something unpleasant or embarrassing.” In response to valid fears that they will face discrimination, bullying or harm, women have created secret codes to refer to a natural monthly process.

It’s not necessary to completely abandon euphemisms, but the overwhelming use of coded language to hide menstruation as if it is somehow innately gross, unsanitary or shame-worthy has destructive consequences.”

After a lifetime spent skirting around the word “period,” however, people become alienated from their own bodies. This intentional avoidance and secrecy impacts the ways in which menstruators view, understand and appreciate their bodies, according to Clue.

Euphemisms also contribute to widely-held negative beliefs and superstitions that severely limit menstrual resources, support and education for women, girls and other individuals with uteri. Period  stigma combined with “period poverty,” or the insufficient access to menstrual resources and education, impacts individuals, including those who are homeless, around the world, according to the American Medical Women’s Association.

In 2014, 75 percent of girls in Nairobi’s Mathare Valley did not know what was happening when they got their first period, according to Berkeley Public Health. These girls felt scared and ashamed at what they were experiencing. Girls living in countries without access to sanitary products or who face cultural discrimination during their periods may skip school and miss out on major learning opportunities that impact them later in life, according to the news platform The Guardian. 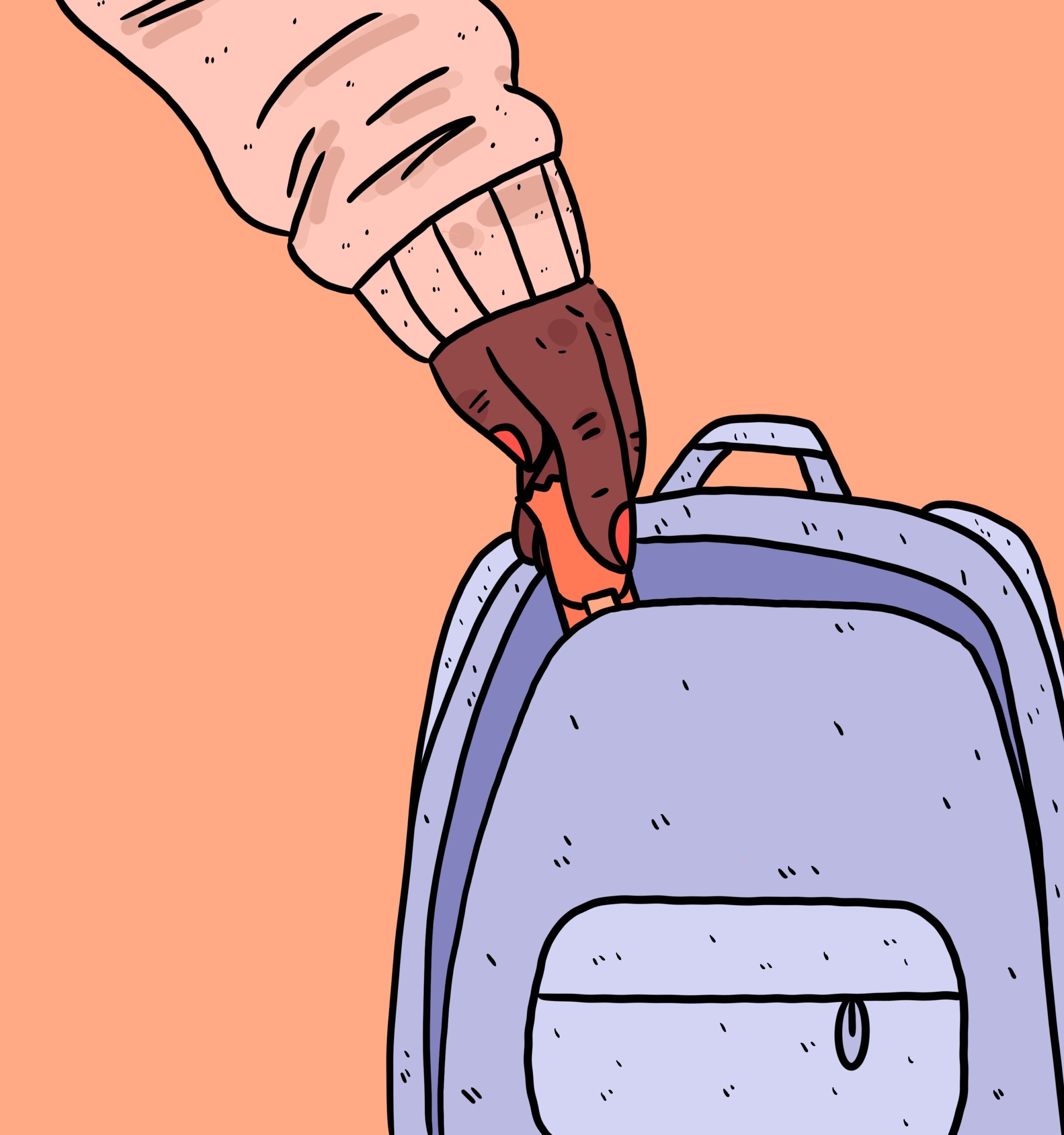 In India, nearly 25 percent of girls drop out of school after their first period and in Nepal it’s nearly 30 percent. Education increases a girl’s chances of future employment and reduces the likelihood she will marry at a young age, experience early pregnancy and encounter sexual violence. Lack of knowledge relating to menstrual health further contributes to myths that alienate, embarrass and endanger the lives of these individuals.

Some parts of Africa, for example, restrict women and girls from cooking, touching water or participating in religious and community events when shedding their uterine lining. These rules promote the idea that menstruation causes impurity and is dirty. Although chhaupadi, the practice of banishing women and girls to huts during their periods, was banned in Nepal as of last year, some women continue to face this form of oppression, which can be fatal, according to an article from National Public Radio. The huts expose women to threats of assault, snake bites, bitterly cold temperatures and suffocation as a result of poor ventilation. It is easy to find fault with other parts of the world, however, but we often forget to look at ourselves.

“Education increases a girl’s chances of future employment and reduces the likelihood she will marry at a young age, experience early pregnancy and encounter sexual violence.”

In a survey conducted by the feminine hygiene product company Thinx, 60 percent of American women said they feel embarrassed when they’re on their period and 42 percent said men had shamed them for menstruating. In addition, 75 percent said they intentionally conceal their tampons, pads and other sanitary products when on their way to the bathroom. Psycho-social stress can result from menstrual stigma and may also impact girls’ ability to learn according to an article from United Nations News.

Aside from consequences to mental health, taboos surrounding periods can inhibit important conversations between doctors and their patients. Discomfort when discussing pain and other irregularities related to menstrual well-being may cause healthcare providers to overlook or dismiss serious issues, such as endometriosis, a disorder involving abnormal tissue growth outside the uterus, which may also affect fertility.

“Every menstruator has the right to feel safe and empowered.”

Research on women who chose to forgo treatment related to excessively heavy monthly bleeding, or menorrhagia, suggested they did so from the belief that their suffering was normal and in fear of their doctor’s dismissal, according to a report from the National Center for Biotechnology Information. Menorrhagia involves extreme blood loss that is often debilitating and difficult to manage. In some cases, serious medical conditions, such as cervical and uterine cancer, may be the underlying issues.

Period stigma has deep roots but changes in the way societies and individuals think, talk and teach about menstruation are already leading to improvements. Expanding education, access to menstrual facilities and working towards sustainable and affordable menstrual hygiene products are some of the necessary steps to ending period stigma, according to United Nations Women. Lastly, menstruators should be able to talk freely about their periods without the confusion of euphemisms, if they so choose. Avoiding coded terms and calling periods by their name decreases any mystery and allows menstruators to communicate their needs without feeling ashamed.

While they can be unexpected, frustrating and even painful, what periods should not be is loathed, misunderstood and hidden out of guilt, fear and disgust. If individuals choose to employ euphemisms or conceal their periods, that should be their choice alone. Every menstruator has the right to feel safe and empowered; they certainly should not have to suffer or face discrimination as a result of dated cultural taboos for a natural process they have no control over.

What are your thoughts on menstrual euphemisms? Let us know in the comments below.

Video games not to blame for rises in violence

Why don’t we talk about sex?

Global views on sex translate into differing ages of consent