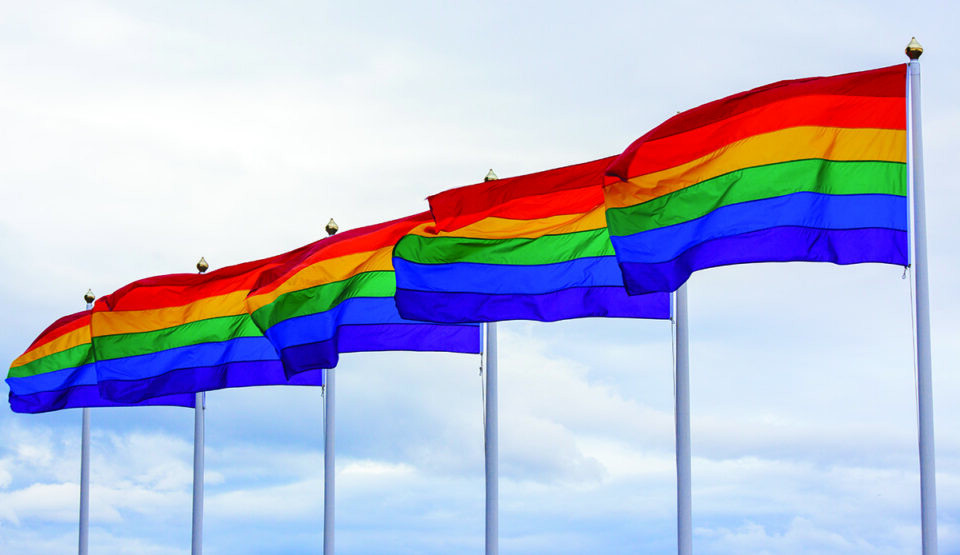 Free use photo provided by Unsplash.

Fifty-two percent of LGBTQ people in the U.S. live in states where they can be fired, harassed, passed over for a job or otherwise discriminated against in the workplace because of the lack of civil rights protections. The Civil Rights Act of 1964 outlaws employment discrimination based on certain protected classes: sex, race, color, national origin and religion.

Although three cases are currently being considered by the Supreme Court where the plaintiffs argue sexual orientation or gender identity should be categorized under the prohibition of “sex” bias, a more clear cut law is necessary to provide protection in the workforce the LGBTQ community deserves.

Once employed, 22 percent of LGBTQ Americans have either not been paid equally or not been promoted at the same rate as their peers.”

Discrimination against LGBTQ workers runs rampant both by employers and by the workers’ colleagues. Catalyst, a nonprofit devoted to creating gender equality in the workplace, finds 20 percent “of LGBTQ Americans have experienced discrimination based on sexual orientation or gender identity when applying for jobs.” Additionally, LGBTQ people of color see even more discrimination, with that number rising to 32 percent. Once employed, 22 percent of LGBTQ Americans have either not been paid equally or not been promoted at the same rate as their peers.

For transgender employees, the numbers are especially stark, with 80 percent experiencing harassment or mistreatment at work. When it comes to wages, a paper in the The B.E. Journal of Economic Analysis & Policy found the average earnings for male-to-female transgender workers fall by nearly one-third after a gender transition. Additionally, a landmark survey from 2008 found that compared with the general population, transgender individuals were four times more likely to live in extreme poverty, had double the rate of unemployment and had nearly double the rate of homelessness.

It’s exactly because of this mistreatment almost half (46 percent) of LGBTQ workers in the U.S. remain closeted in the workplace. Straight employees are not expected to hide a part of who they are in the workplace, so it’s unconscionable to allow discrimination remain so rampant that many LGBTQ employees feel forced to.

“Straight employees are not expected to hide a part of who they are in the workplace, so it’s unconscionable to allow discrimination remain so rampant that many LGBTQ employees feel forced to.”

In Missouri, the issue of workplace discrimination is particularly pronounced because of a law altering the Missouri Human Rights Act which went into effect in 2017: SB 43. As Promoting Equality for all Missourians, or PROMO, a Missouri LGBTQ advocacy organization, explains, SB 43 severely hurts workplace protections. The law limited the ability of plaintiffs to bring suits against an employer they believe discriminated against them and also gutted whistleblower protections by preventing a large swath of employees from qualifying for whistleblower status.

“After SB 43 passed … , the entire [Missouri] Human Rights Act is at stake,” Elizabeth Fuchs wrote for PROMO. “Now, we find ourselves working to include sexual orientation and gender identity to a law that was gutted and made weaker when SB 43 went into law.”

Making sexual orientation and gender identity a protected class under federal law will not be enough to ensure equality if SB 43 is allowed to continue to harm the ability of people to actually fight discrimination in the court system. Thus, a repeal of this law is also necessary.

“Thus, a repeal of this law is also necessary.”

Although the Civil Rights Act of 1964 was a landmark law, it had a severe oversight in failing to protect sexual orientation and gender identity. As a result, the workplace is rife with discrimination against LGBTQ Americans. This legislation should be immediately expanded by the federal government, along with nullifying SB 43 by the Missouri state legislature, to defend against these biases, no longer allowing any American to be discriminated against merely because of who they are.

What do you think are some ways LGBTQ work discrimination can be stopped? Let us know in the comments below.