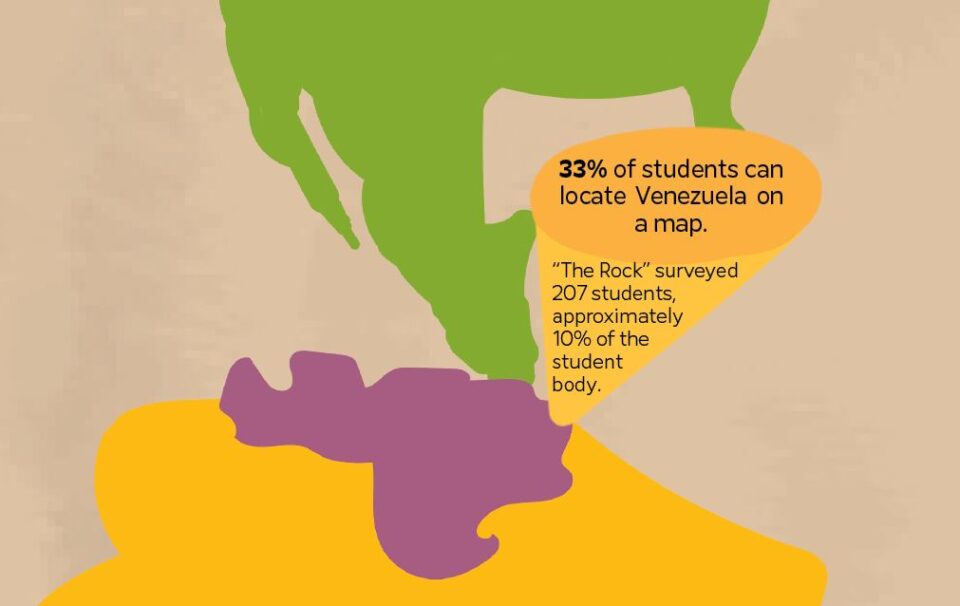 Although the U.S. often claims to be supporting democratic rights as a justification for foreign policy measures, particularly during the Cold War, this promise has remained unrealized for the people of Latin America. Since President Theodore Roosevelt began to expand America’s influence in the Western Hemisphere at the turn of the 20th century, the U.S. has meddled in the political processes of Latin American nations, primarily for our own economic interests, with disastrous consequences for the region.

The same is true of Venezuela, where the Trump administration is increasing sanctions, which exacerbate an existing economic crisis and famine.

“Although the goal of sanctions is to remove Maduro from office for his human rights abuses, they tragically only increase the suffering of the Venezuelan people.”

A 2019 study from Torino Economics, a New York investment bank, estimated the effect of sanctions the Trump Administration imposed in 2017 on Venezuela’s oil industry. The study found the total loss was a whopping $16.9 billion per year. Unfortunately, oil is where Venezuela derives 99% of its export revenue, making the commodity crucial for the government to be able to buy food and medicine. Consequently, a 2019 study from the Center for Economic Policy and Research, a left-leaning think tank, concluded the victims of sanctions have not been the Nicolás Maduro-run government, but rather the poorest Venezuelan citizens.

“Sanctions reduced the public’s caloric intake, increased disease and mortality (for both adults and infants) and displaced millions of Venezuelans who fled the country as a result of the worsening economic depression and hyperinflation,” Mark Weisbrot and Jeffrey Sachs, the study’s authors, write. “We find that the sanctions have inflicted, and increasingly inflict, very serious harm to human life and health, including an estimated more than 40,000 deaths from 2017 to 2018.”

Although the goal of sanctions is to remove Maduro from office for his human rights abuses, they tragically only increase the suffering of the Venezuelan people. It is time for the U.S. to learn from its history of misguided intervention in Latin America and recognize we are worsening the problems we aim to solve.

While Venezuela is the main focus of current U.S. intervention in Latin America, it’s far from the first country we have tried to influence, actions that have often been a result of selfish policies. During the Cold War, U.S.-sponsored violent overthrows of left-wing leaders were commonplace, regardless of the general population’s viewpoints. In 1954, the Guatemalan military overthrew president Jacobo Árbenz in a CIA-backed coup, despite Árbenz being democratically elected. Árbenz’s expansion of workers’ rights ran afoul of the United Fruit Company, which lobbied the U.S. to overthrow Árbenz so the company could keep their worker exploitation. An authoritarian Guatemalan military leader replaced Árbenz, systematically reducing rights for Guatemalan workers.

Although the goal of sanctions is to remove Maduro from office for his human rights abuses, they tragically only increase the suffering of the Venezuelan people. It is time for the U.S. to learn from its history of misguided intervention in Latin America and recognize we are worsening the problems we aim to solve.”

In 2019, the U.S. government launched an unsuccessful coup to remove Maduro. This came in the midst of sanctions that have been systematically destroying Venezuela’s economy in the hopes of putting more international pressure on Maduro to leave office. While Maduro, whose administration commits numerous human rights abuses, including extrajudicial executions of opponents, must not remain in power, these sanctions harm the Venezuelan economy, in turn limiting their access to medicine and food and continuing a long legacy of the U.S. amplifying existing issues within the region.

Instead of attempting to coerce regime change by contributing to an already dire situation, the U.S. should send aid to those in Latin America in need of it, particularly food. Venezuela is already on the brink of famine, with the resulting malnutrition carrying lifelong ramifications. Sanctions and a lack of aid are only making this crisis more pronounced. While ousting Maduro is a noble goal, the U.S., as a country based on the principle of self-determination, should ultimately leave their leaders up to the Venezuelan people.

How do you think the U.S. should address the crisis in Venezuela? Let us know in the comments below.

An ocean away: Guilin, Yangshuo