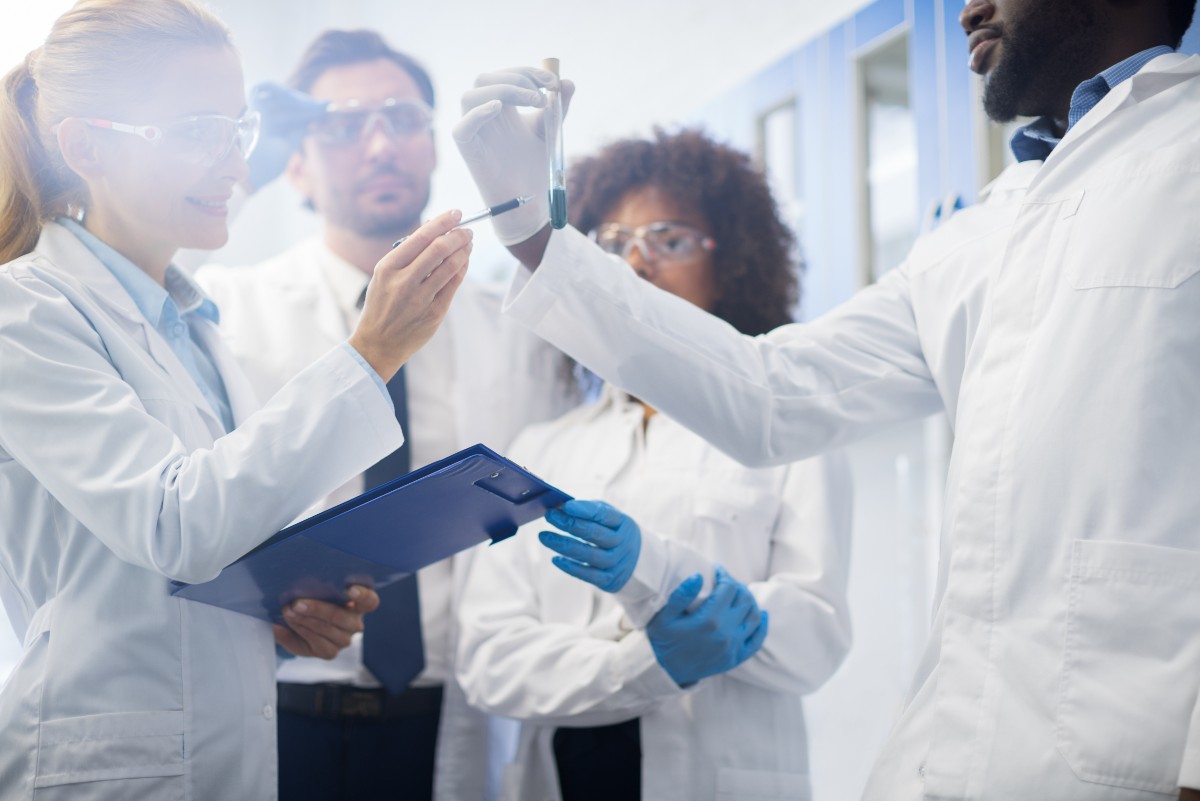 As America becomes more and more diverse, the field of medicine struggles to keep up. In medicine, underrepresented minorities include African Americans, Hispanics and Native Americans. Currently, only 6% of practicing doctors are underrepresented people of color. Comparatively, this group makes up 31.5% of the U.S. population, according to ABC News.

There are several origins to this problem. One is that minority students begin to fall behind on their standardized test scores as early as third grade, and the gap increases overtime, according to medpagetoday.com. Not only that, but students who go to economically disadvantaged public schools, who are often times minorities, are put in an unfavorable position from the get go because elementary/primary school is when you develop good learning and studying habits. If underprivileged students attend schools with a poor education system, however, academics will not be prioritized from the start of their young lives. To add, 45.2% of white medical school applicants are accepted while just 36.2% of African American applicants get in, according to the American Association of Medical Colleges. If 9% fewer black people are accepted compared to caucasions, less African Americans have the ability to become doctors. Although this may be due to lower Medical College Admission Tests, there should be a better system of affirmative action that incorporates underrepresented minorities into medicine.

By having a diverse hospital staff, you improve the care of patients who are minorities by having someone who is similar to them. For minority patients, a doctor of their same ethnicity might be easier to talk to or more relatable and understanding in their care. As a result, quality of care and patient outcomes improve and doctors can connect with the community to a greater degree. In addition, having more minority doctors provides greater role models for underprivileged or represented patients, creating more diversity in academic, and in particular medical fields. This shows that having underrepresented minorities become doctors would benefit society because it would potentially help solve problems such as the college graduation gap among races in America. Just 28.7% of African Americans graduate college while 47.5% of whites do, according to insidehighereducation.com. In addition, minority doctors can even recruit others to pursue careers in medicine, diversifying the field even more.

Not only that, but there will probably be an increased adherence or compliance to taking medication because the patient will trust their doctor more than they would a white doctor. One study demonstrated just how effective a diverse medical workforce can be on patient care. For the observation, researchers gathered around 1,300 African American men in Oakland, California, and randomly assigned each one to either a black male doctor or a non-black male doctor in the same clinic.

Prior to meeting their doctors, patients chose which precautionary screening tests they wanted. Originally, all patients chose around the same amount of tests. Following a conversation with their doctor, however, black men were considerably more likely to sign up for every test with an African American doctor than with a nonblack doctor, according to a working paper series by the National Bureau of Economic Research (NBER).

The impact was especially notable for invasive tests, which depend upon more trust between a doctor and a patient. Patients were 72% more probable to get cholesterol tests and 47% more likely to get diabetes tests, according to the article. Not only that, but black men put with black doctors were extensively more likely to talk about their other medical problems, and African American doctors took more notes about the nonblack doctors did. An increased diversity in healthcare provides the opportunity for all patients to get the quality treatment they deserve, as doctors that are underrepresented minorities can provide better care to minority patients than doctors of other ethnicities.

Moreover, African American males have an average life expectancy that is 4.5 years less than white men in the U.S., and the shortest expectancy for any large demographic group, according to the same working paper series by the NBER. There are many roots to this issue including a lack of health insurance, lower socioeconomic status and structural racism, according to NBER.

For minority patients, a doctor of their same ethnicity might be easier to talk to or more relatable and understanding in their care. As a result, quality of care and patient outcomes improve and doctors can connect with the community to a greater degree.”

In order to solve this problem, outreach programs such as the American Medical Association’s “Doctor’s Back to School” program lets physicians visits K-12 schools in underprivileged communities to speak to students about what work they do as doctors and inform students how they can pursue a career in the medical industry. Another solution includes partnering with historically black colleges and universities (HBCUs) and recruiting or promoting going into the field of healthcare there, as HBCUs provide many African American applicants to medical schools.

Moreover, more minorities need to be hired as medical school faculty because as previously mentioned, people can relate to others easier if they are the same race. Additionally, an affirmative action program that is made to include more minorities is pivotal in increasing diversity in medicine. There is a difference between equality and equity. Because underrepresented minorities are handicapped from the start of their lives, they deserve a system that levels the playing field. The diversity of the field of medicine must improve, or the well-being and health of all Americans will never be equal.

How do you think hospitals should encourage greater staff diversity? Let us know in the comments below.