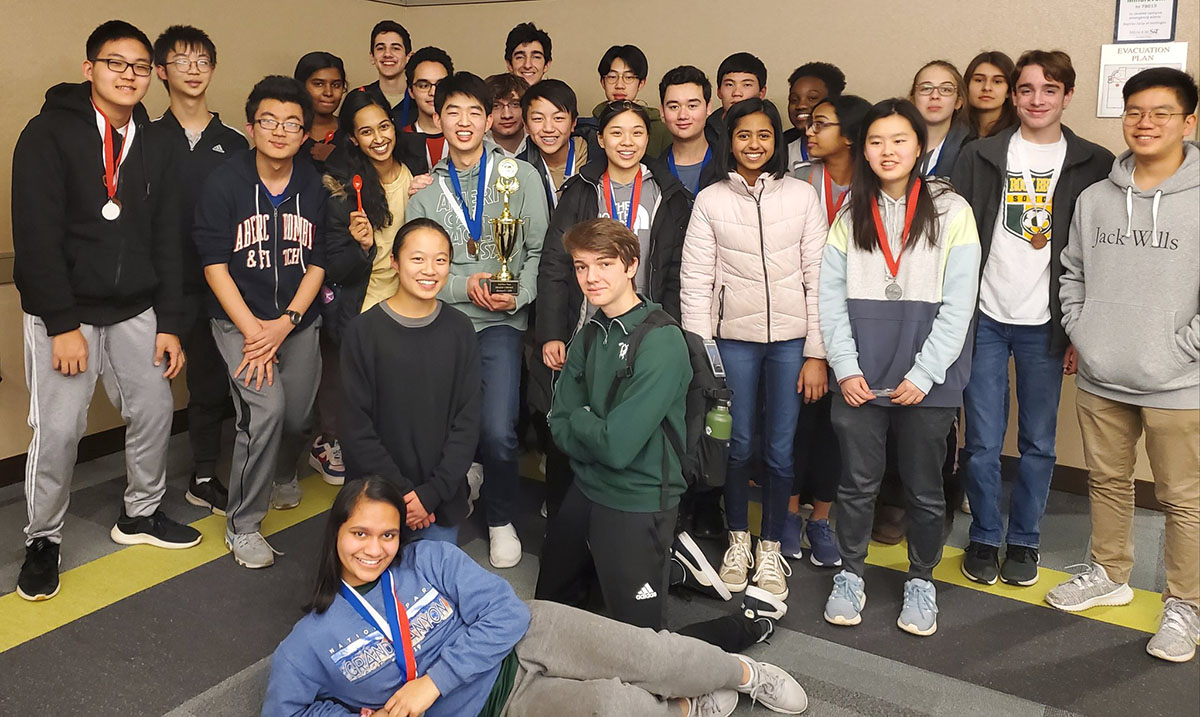 RBHS Science Olympiad competed at the Regional Competition Feb. 22 at Missouri University of Science and Technology in Rolla, Mo. To accomodate a large number of competitors, RBHS sent both a green and a gold team. The gold team earned second place overall, and the green team took sixth. Qualifying students, selected by chemistry teacher and club sponsor Stephanie Harman based on Regional performance, will now begin preparing for the State Competition on April 4, which will take place at Westminster University in Fulton, Mo.

Harman said the preparation process began first semester with interest surveys and event try-outs for students. After that, most of the preparation was done individually or in small groups by students for their respective events Harman said.

“Of course, the snow days have cut into our preparations,” Harman said. “Additionally, finding a time that most members can meet together is always a challenge due [to] the extremely high levels of involvement and achievement of our team in other activities.”

“Finding a time that most members can meet together is always a challenge due [to] the extremely high levels of involvement and achievement of our team in other activities.”

“The week before the competition is always the most busy and nerve racking time, especially the night before,” Al Rawi said. “A lot of us, including me, have stayed up late the night before to get some last minute studying, or finishing touches on our events. I’m always anxious during the lead up, but it definitely makes the experience worth it.”

“My favorite part of the competition was doing the events. When taking the tests I feel a little on edge and wonder if I studied enough for the events,” Agca said, “but at the same time, putting all of the hard work that you’ve done the past few months into one test is something that makes doing Science Olympiad all worth it.”

I like the competitive spirit that everyone has. We are all working together to get to state, and because of the team effort, you make a lot of new friends, and strengthen connections with everyone.”

Harman said because only one team can compete at State, the green and gold teams will be combined with the best performing students, and they will “continue the work preparing for competition.” For both Al Rawi and Agca this preparation takes the form of practice tests and note taking. For other students, this may include tweaking the machines they built or running more tests to eliminate issues that arose at Regionals.

Al Rawi said in past years he has spent countless hours working on his builds and studying for his events. Although he can occasionally procrastinate, Al Rawi said he always makes sure to prepare, so he can stay focused at Regionals.

“I like the competitive spirit that everyone has. We are all working together to get to state, and because of the team effort, you make a lot of new friends, and strengthen connections with everyone,” Al Rawi said. “It’s always interesting to get to know new people from other schools as well.”

What’s your favorite scientific subject? Let us know in the comments below.