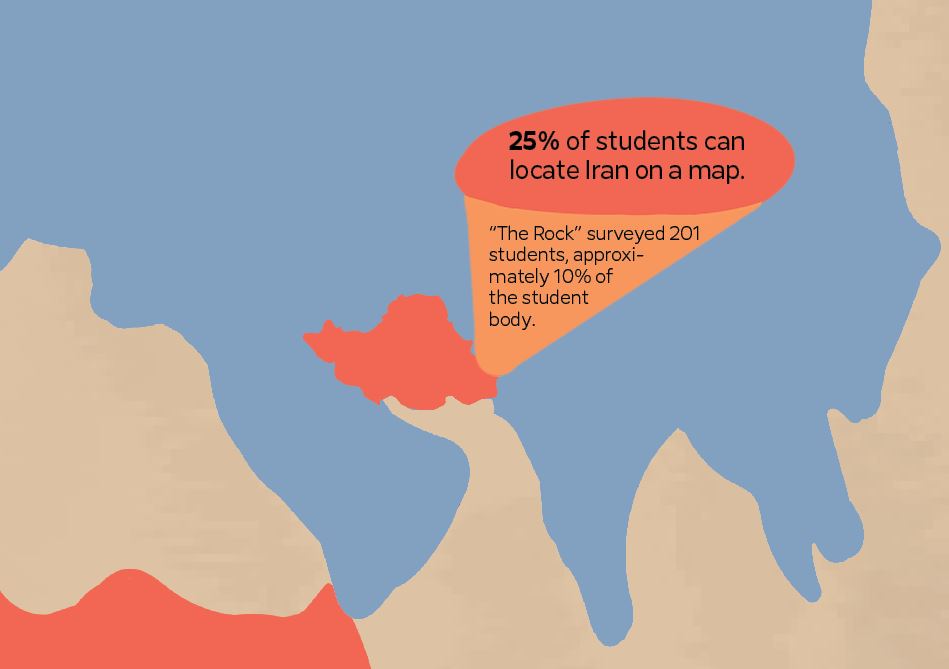 When the New York Times and Washington Post released the Pentagon Papers in 1971, revealing U.S. officials’ knowledge of the worsening situation in Vietnam and consistent misleading of the public, the result was outrage.

When the Washington Post released the Afghanistan Papers in 2019, which revealed senior U.S. officials hid “unmistakable evidence the war had become unwinnable,” any uproar from constituents fizzled out almost immediately, allowing the government’s errors in the Middle East to continue to fly under the radar.

The Middle East has substantially faded from political discourse following the failure of the War on Iraq, but it continues to dominate current U.S. foreign policy with detrimental consequences for the Middle East.

“Although the aim to stop global terrorism must inarguably be a goal of the U.S., the War on Terror and U.S. engagement in the Middle East will only serve to do the exact opposite by fueling anti-American sentiment.”

When President Donald Trump ordered the killing of Qassem Soleimani, essentially the second-in-command of Iran’s government, worries of World War III immediately popped up on social media. These fears, however, quickly disappeared, revealing the true consequences of U.S. engagement within the Middle East. The victims of heightened tensions will not be Americans, regardless of whatever Twitter might have us believe. Rather, the painful side effects of the U.S. government and military stoking the fire in a region already rife with conflict will fall firmly upon Middle Eastern civilians.

Although the aim to stop global terrorism must inarguably be a goal of the U.S., the War on Terror and U.S. engagement in the Middle East will only serve to do the exact opposite by fueling anti-American sentiment. Terrorism against the U.S. is largely a result of a negative perception of us as an imperial nation that uses our military might to exploit the region by whatever means necessary. Deploying troops or killing a powerful leader like Soleimani, therefore, plays right into the hands of this rhetoric. Additionally, an April 2019 report from the United Nations found U.S. and allied forces killed more civilians than the Taliban in the first quarter of 2019, which only serves to reinforce this anti-American mindset.

Troublingly, the U.S. could’ve predicted and prevented these civilian deaths and the resulting increase in terrorism, as the government knew of the ineffectiveness of military intervention but decided to proceed anyway. As historian Garikai Chengu, a former scholar at Harvard University, Stanford University and Columbia University, writes, “In 1997, a U.S. Department of Defense report stated, ‘the data show a strong correlation between U.S. involvement abroad and an increase in terrorist attacks against the U.S.’” Thus, either the Bush presidency knew of the report and chose to ignore it or made a major military decision without fully considering the evidence available to them, both of which would be a grave misstep in policy making.

The Middle East has substantially faded from political discourse following the failure of the War on Iraq, but it continues to dominate current U.S. foreign policy with detrimental consequences for the Middle East.”

Continued U.S. involvement in the Middle East is only prolonging a legacy of imperialism. The War on Terror, an abject failure that has further destabilized the region, has cost our government roughly $5 trillion to wage. This money could have proven far more successful if our government were to invest it at home or abroad in the form of aid. Instead, it has funded intervention that runs contrary to the best interests of Middle Eastern civilians. There should be no justification for government actions that increase civilian deaths and terrorism; the U.S. must at once de-escalate and withdraw from the Middle East.

A critical and informed populous is crucial to rectify U.S. overreach. In Vietnam, the Pentagon Papers served as a turning point in the conflict for the better because of public outrage over the report. Recent administrations have been able to get by, however, because of a lack of public scrutiny.

Only by being engaged and speaking out can we ensure our government’s gross mistakes in the Middle East do not persist.

What do you think should be done about instability in the Middle East? Let us know in the comments below.