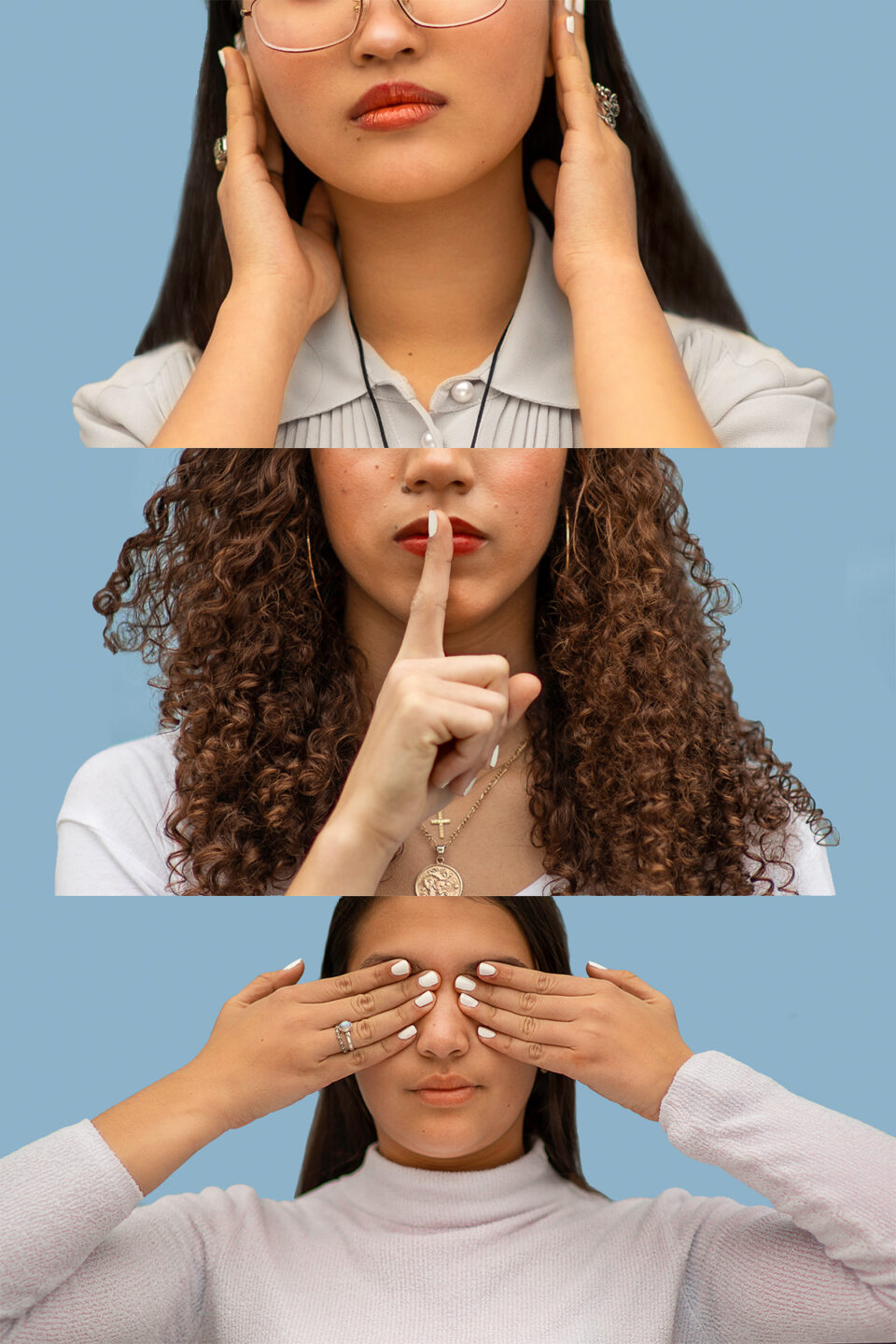 Why don’t we talk about sex?

When esteemed author E.L. James illustrated the extremely provocative sex scenes that appeared throughout her novels, the “Fifty Shades” trilogy snatched her audiences’ attention. As a result, Jo Henry, director of Bowker Market Research, said nearly one in five adult fiction books purchased by women in June 2012 were from the series.

Only three years later did the “Fifty Shades of Grey” film grace the movie world with its presence, excessive sex scenes and nudity in all. The erotica that is the “Fifty Shades” franchise enticed millions of viewers and eager romance readers, despite backlash critiquing poor quality from the writing universe.

Today’s media, especially that which displays graphic scenes such as seemingly innocent college senior Anastasia Steele (Dakota Johnson) intertwined with that of prominent businessman Christian Grey (Jamie Dornan) in the R-rated 2015 blockbuster, have increased over time.

“I think sex is an important thing to talk about because you should feel comfortable with your body and telling people if something’s uncomfortable.”

In turn, this creates an impractical perception of what current generations perceive as a fantasized version of “sex.” Dr. Kimberly Morse, an OB-GYN at Women’s Health Associates at the Boone Hospital Center, said movies and television have fabricated a negative image of what sex is “supposed to be like.” Thus, the unfavorable connotation makes it difficult for people, particularly young adults, to discuss the topic, she said.

“[The media] have given an unrealistic picture for most people. I think when you look at a lot of movies showing people meeting and hooking up immediately, that’s really not the case for most folks. They also show people having sex 24/7, which is also not the case for most folks,” Dr. Morse said. “If you go further, into porn, that’s not really what real sex looks like for normal people, but that’s where a lot of people, especially teenagers, are getting their education: on the Internet. And so that’s why you feel like it’s normal because no one has told you differently.”

Sex has become a taboo word in most modern households, Dr. Morse said, but it’s increasingly difficult to ignore because it’s everywhere in today’s culture. The topic can raise awkward or embarrassing conversations, especially among children and their parents, she said. Oftentimes, because of this, people avoid the conversation altogether.

“Some of that is parents don’t ask; they don’t want to know. It’s an awkward and embarrassing situation or conversation to have, and so they just assume what the culture is telling them,” Dr. Morse said. “I think a lot of people grew up in households where it was not ever talked about because it was dirty.”

Dr. Morse said one other influencing factor of a negative perception of sex is strong religious beliefs. Moving on from this original thought is difficult for people, she said.

“There’s some religious traditions where you don’t talk about sex. It’s only to make babies, and it’s not necessarily something people are supposed to enjoy,” Dr. Morse said. “It’s kind of your job, and if you’re having fun, then you’re probably doing something wrong. So I think trying to get outside of that box is probably hard for people, and then I think sometimes parents don’t want to tell their kids about it because they don’t want them to think, ‘We’ve talked about it; now go crazy.’”

When children are unprepared for or uneducated about sex and safety, potential physical and emotional problems arise. Dr. Morse said she often sees women with sexually transmitted diseases (STDs) or unintended pregnancies because of a lack of education on the subject. Junior Candace Osborn said because sex is such a personal matter, people are more likely to be uncomfortable when the topic arises than if society had normalized the act.

“People my age often don’t understand how having sex is going to affect them emotionally. I feel like both girls and guys think it will be just like a kiss or something less meaningful, but sex is so different, especially when it’s your first time. It involves you giving an extremely personal part of yourself away, and if people don’t talk about it, many teenagers could find themselves really regretting the decision.”

“I think sex is an important thing to talk about because you should feel comfortable with your body and telling people if something’s uncomfortable,” Osborn said. “I also think being able to have a conversation with medical professionals if you feel like something is wrong or you need the proper items to prevent pregnancy or STDs as a teenager is important as well because while you might not be okay with discussing it with your parents, you should still be able to reach out for help.”

In the article “Why is it so difficult to talk about sex?” Matty Silver, a sex therapist and relationship counselor, said having sex is an extremely intimate act. She said a fear of rejection, underperforming, body insecurities or anxiety about disclosing an unusual sexual desire can stop people from communicating freely. Feeling uncomfortable and thinking negatively about a normal bodily function makes it difficult to enjoy sex with another individual or in a relationship.

“It’s part of being a person, being a human being. And knowing what’s good for your body and good for your relationships and emotionally and physically are all a part of becoming a successful, grown person,” Dr. Morse said. “I think if people don’t have the tools for that growing up in all parts of life, especially with their sexuality, then it can lead them down the wrong path, or they can get into trouble or they can have a bad experience that makes it really hard to have a healthy relationship later on.”

After one may have a negative encounter with sex either through poor communication, a lack of contraceptives or a feeling of contempt towards the act, Dr. Morse said people are more likely to tell their children not to have any to protect them from a similar damaging encounter.

This then creates further negativity towards the subject. In the TED Talk “Make Sex Normal,” sex educator Debby Herbenick from the Kinsey Institute of Sex advocates for the importance of talking about sex like “it’s not a big deal.” As a result if this were to occur, young people will be more likely than those who receive asbtinence-only sex education to use condoms and take further precautions against unwanted pregnancies.

Different religions have different takes on sex: when someone should have it, what is allowed and even how it’s done. As a Fellowship of Christian Athletes (FCA) leader and devout Christian, senior Sydney Klimek finds structure in her religion but doesn’t degrade the personal choices of others.

“I live my life after what I learn in Sunday school and what I read in the Bible, which calls me to abstain from sexual relations but to also ‘love thy neighbor as thy self,’” Klimek said. “I do my absolute best to love all the people I meet no matter their beliefs or decisions because everyone deserves to be loved not judged.”

When it comes to restrictions on intercourse for religious individuals, different religions map them out for themselves. Some practices, however, say sex before marriage is “unholy.” Not only this, but universial culture tends to look down on women who aren’t virgins and those who have had sex prior to marriage, a social stigma that also makes it difficult to discuss sex among people, Dr. Morse said.

“I’m committed to my faith, and I believe that you shouldn’t have sex before marriage, and, therefore, I’ve chosen to not, but it doesn’t mean that I don’t know people that have done it or have talked people through the feelings they’ve had before and after the fact,” Klimek said. “People my age often don’t understand how having sex is going to affect them emotionally. I feel like both girls and guys think it will be just like a kiss or something less meaningful, but sex is so different, especially when it’s your first time. It involves you giving an extremely personal part of yourself away, and if people don’t talk about it, many teenagers could find themselves really regretting the decision.”

“We talk about [sex] more as a real cavalier thing and not what the real meaning should be.”

When such an intimate act as sex comes up in conversation, people tend to ignore the emotional side, Dr. Morse said. For women, however, she said the connection is deeper and more significant and suppressing those feelings can make it much more difficult than someone who expresses themselves freely to open up about the subject in the future.

“Professionally, most women, I can’t say all women, most women and girls have a more deep connection with people when they’re having sex. Even when they’re just trying to hook-up with someone, they tend to get their feelings involved and get more emotionally attached than they think they’re going to, and I think that’s because it’s a very different thing for girls,” Dr. Morse said. “Someone else’s body is inside of your body. That’s different. That’s hard to have an emotional disconnect from that. So I do see in my practice a lot of women who maybe felt that they’ve overdone it and maybe feel like they’ve made bad choices and maybe have infections and things that they wish they didn’t.”

Being able to talk about sex in a positive light will make it less uncomfortable to view in today’s culture, and knowing that media’s portrayal of intercourse is unrealistic will ease the stress on the subject, Dr. Morse said. For most people, she said, sex does not happen immediately after a first impression or is overlayed with hand-selected Oscar nominated ballads; it’s normal, it’s healthy and it’s vital for a successful intimate relationship.

“Our culture talks more about sex in a very cavalier, superficial manner,” Dr. Morse said. “When you look at movies and music and books and all of the pornography on the internet, I think we talk about it more in that respect without talking about the foundation that people should have before they’re together physically. We talk about it more as a real cavalier thing and not what the real meaning should be.”

How do you think culture should approach the topic of sex? Let us know in the comments below.

Global views on sex translate into differing ages of consent