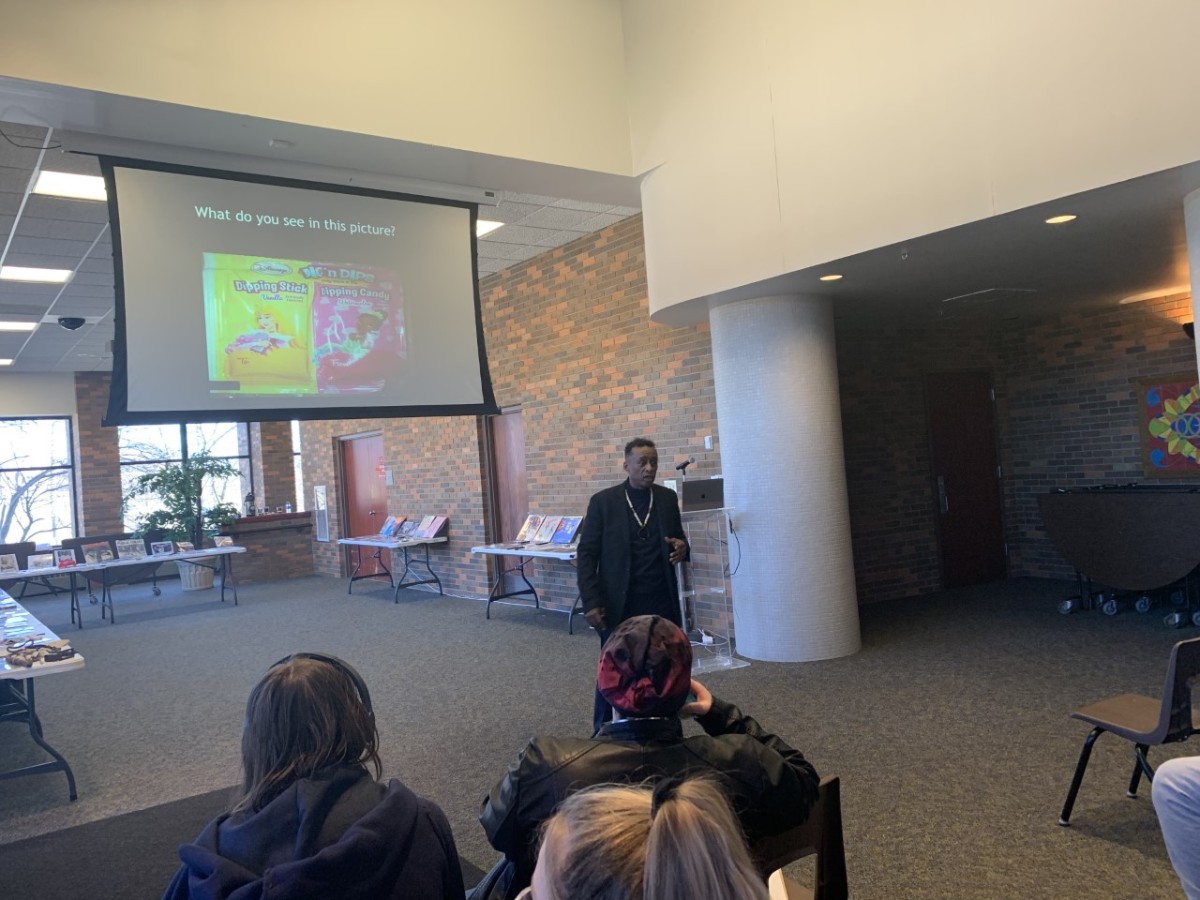 Around 10 RBHS classes attended a display from the Black History 101 Mobile Museum in the Performing Arts Center Lobby throughout the school day March 3. The exhibit, entitled “The Five Elements of Hip Hop,” included 150 artifacts from time periods ranging from the Trans-Atlantic Slave Trade to modern rap and hip hop. CEO and curator Dr. Khalid el-Hakim, who started as an educator in Detroit and has personally acquired thousands of items that make up the collection founded the museum.

Studies teacher Griffin Brennan went to the event during third block with his African-American Experience class, which focuses on African-American history and literature. Brennan said he used the event to help synthesize prior discussions with his students.

“I asked [my students], ‘Everything that we saw in that presentation, I believe we’ve covered in classes, did you guys see anything new?’ And for the most part, it was more just making connections to stuff we’ve talked about,” Brennan said. “And then, in that actual experience, Professor Griff, the presenter, gave us tools to interact with … [and] to discuss the items we were looking at.”

Professor Griff, a former member of the hip hop group Public Enemy, which was honored with a Grammy Lifetime Achievement Award in 2020, serves as the National Executive Director of the Black History 1010 Mobile Museum. He, along with Dr. el-Hakim, introduced the exhibit to the students with an accompanying slideshow that helped provide background. Professor Griff said Dr. el-Hakim came to him with the idea after an event in Detroit 16 years ago, and he has been involved with the museum ever since. He and Dr. el-Hakim chose the topic of hip hop specifically so the exhibit would connect well with high schoolers, Professor Griff said.

“What we’re trying to do is resonate with a younger audience, to bring people in through the doorway of hip hop because as you could tell the first couple of tables [with items from the slave trade] were very disturbing,” Professor Griff said.

Senior Ruth Bryant said she found it interesting to see how the century-spanning artifacts led to many stereotypes of African-Americans. Bryant said she was troubled that some of the long lasting biases she observed were still “a major part” of modern culture.

“The event was important because we got to see physical proof of America’s racist past-time such as slave chains and signs that segregated restrooms,” Bryant said.

What we’re trying to do is resonate with a younger audience, to bring people in through the doorway of hip hop …”

Brennan said he thought the ability to engage with the original items was particularly valuable to students. Oftentimes, history is told in ways that don’t paint the “full picture,” so the exhibit helped give perspective on in-class instructions, Brennan said.

“Museums are so important because they bring us those primary documents. It’s not word of mouth, it’s not me a teacher telling you or showing you these things. You get to actually see them physically and interact with them. And that’s a lesson that will hit home on anybody.”

Professor Griff said the exhibit was able to open discussion students might not be having. He credited hip hop as a highly effective medium to spark change and learning among teenagers.

“The vehicle of making music …  especially hip hop, which has no limitations to it, is perfect. You can get [a lesson] across more so than lecturing people, more so than the reverend and pastor beating people upside the head every Sunday morning,” Professor Griff. “Because kids naturally reject these things. Music, they’ll resonate with it. They’ll get it in their own time. And music meets young people where they already are.”

Artifacts from the exhibit "The Five Elements of Hip Hop" 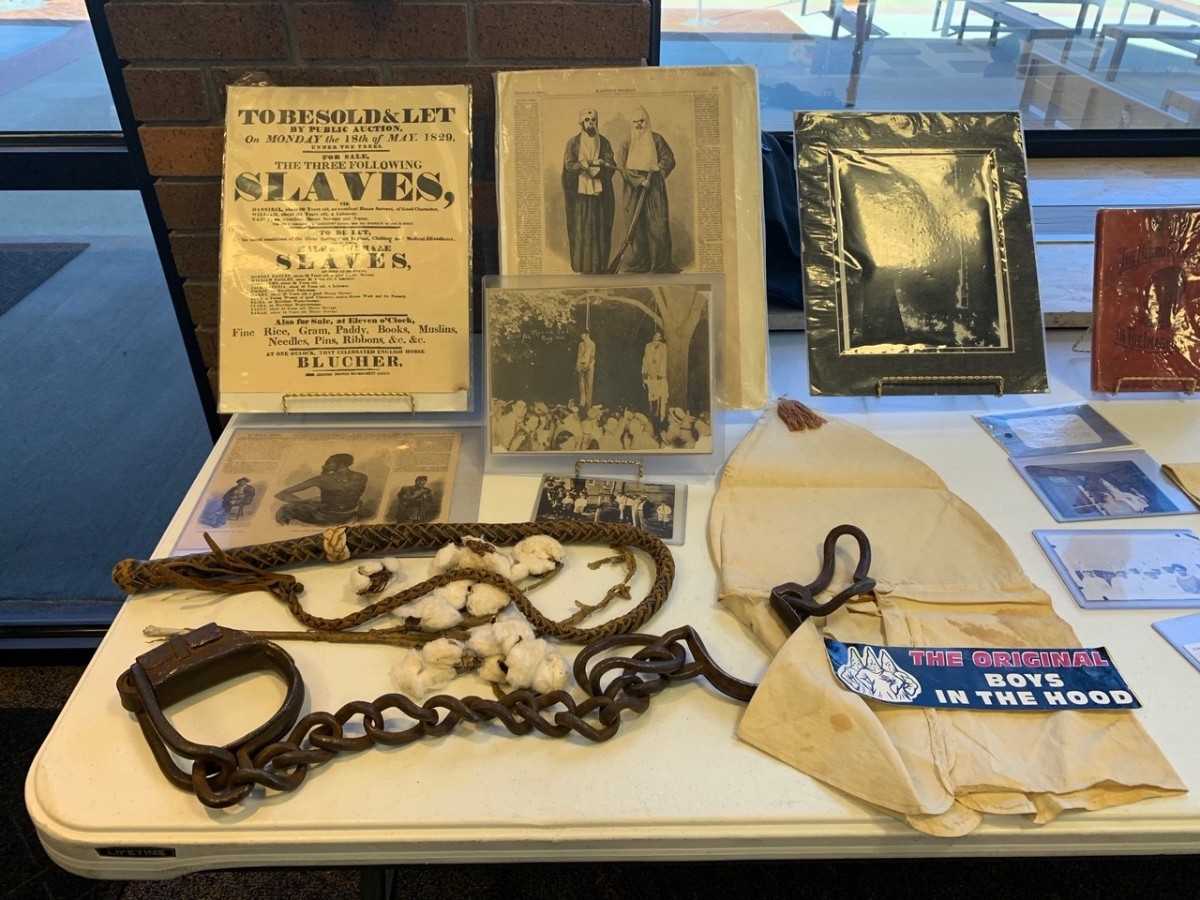 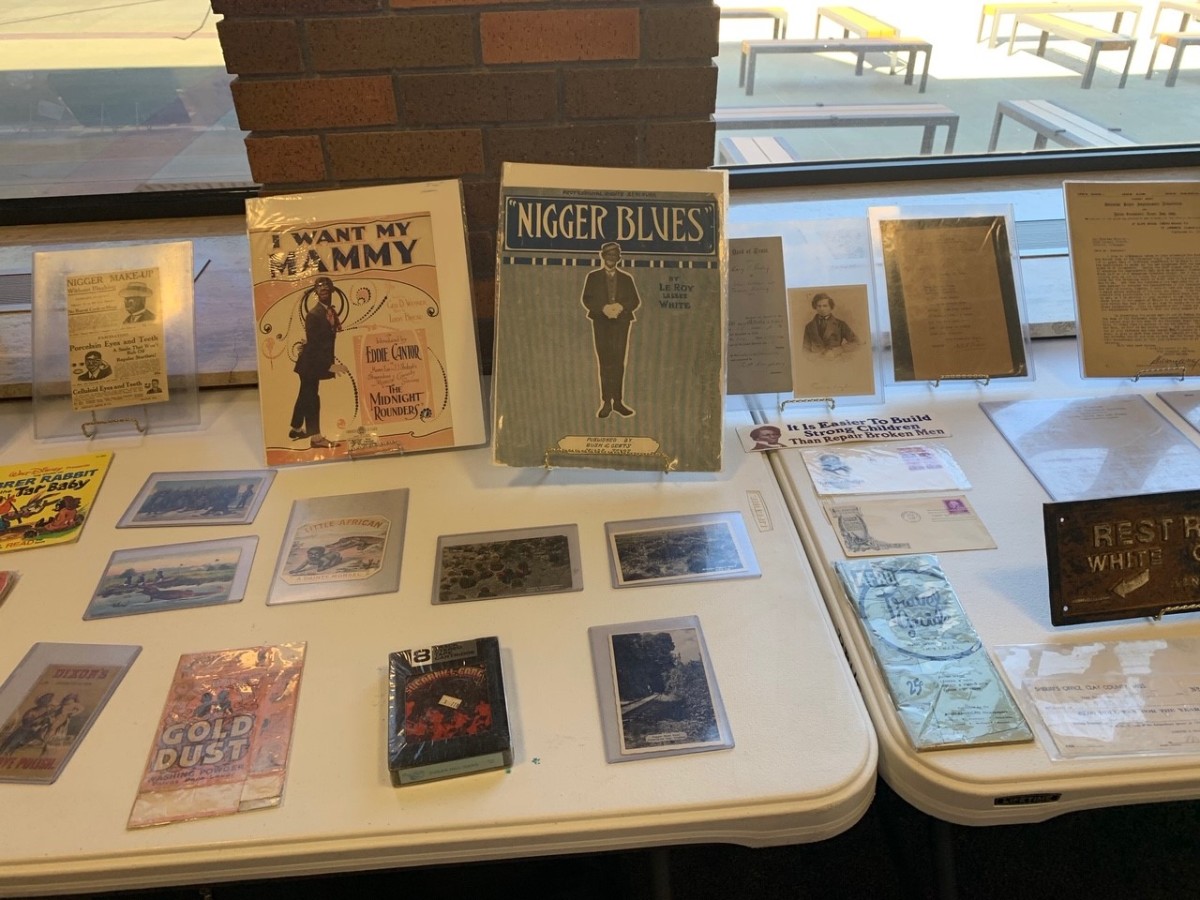 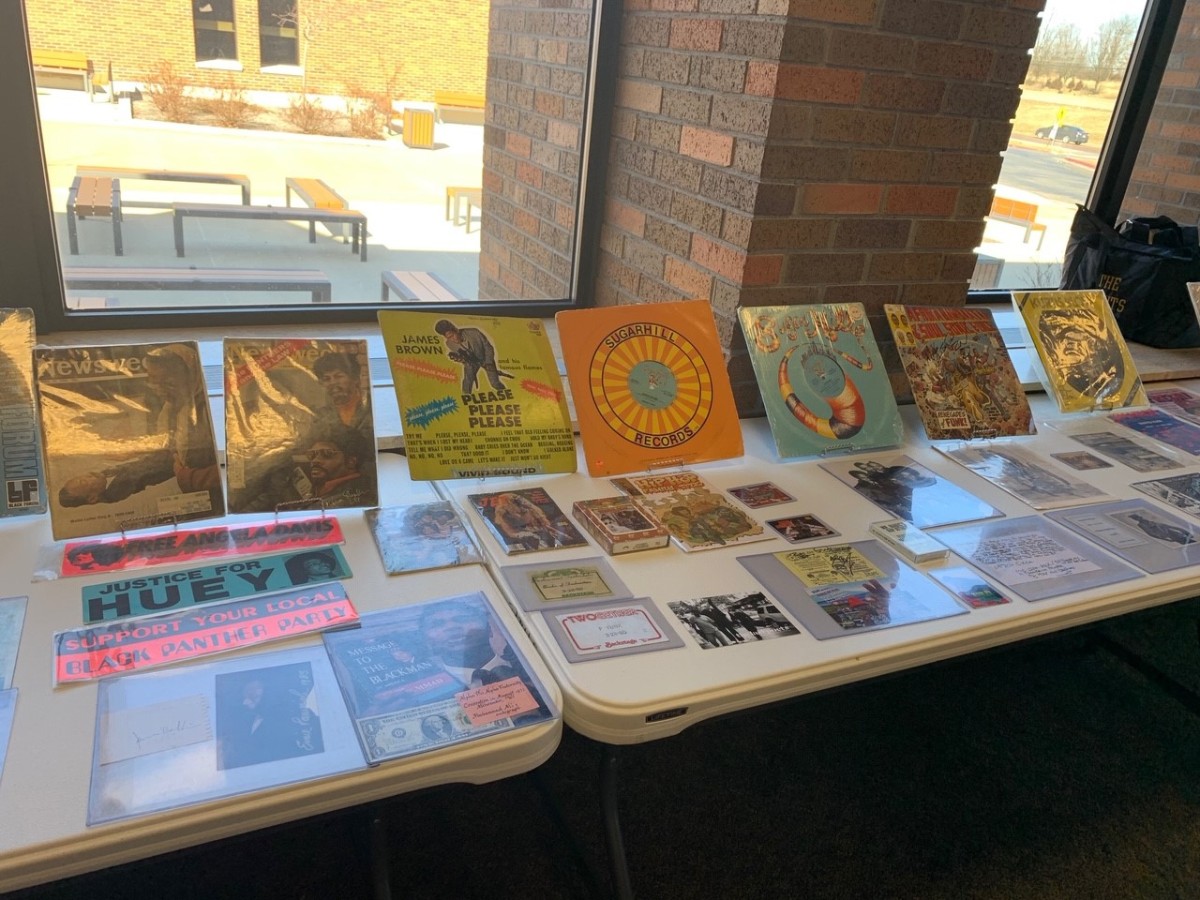 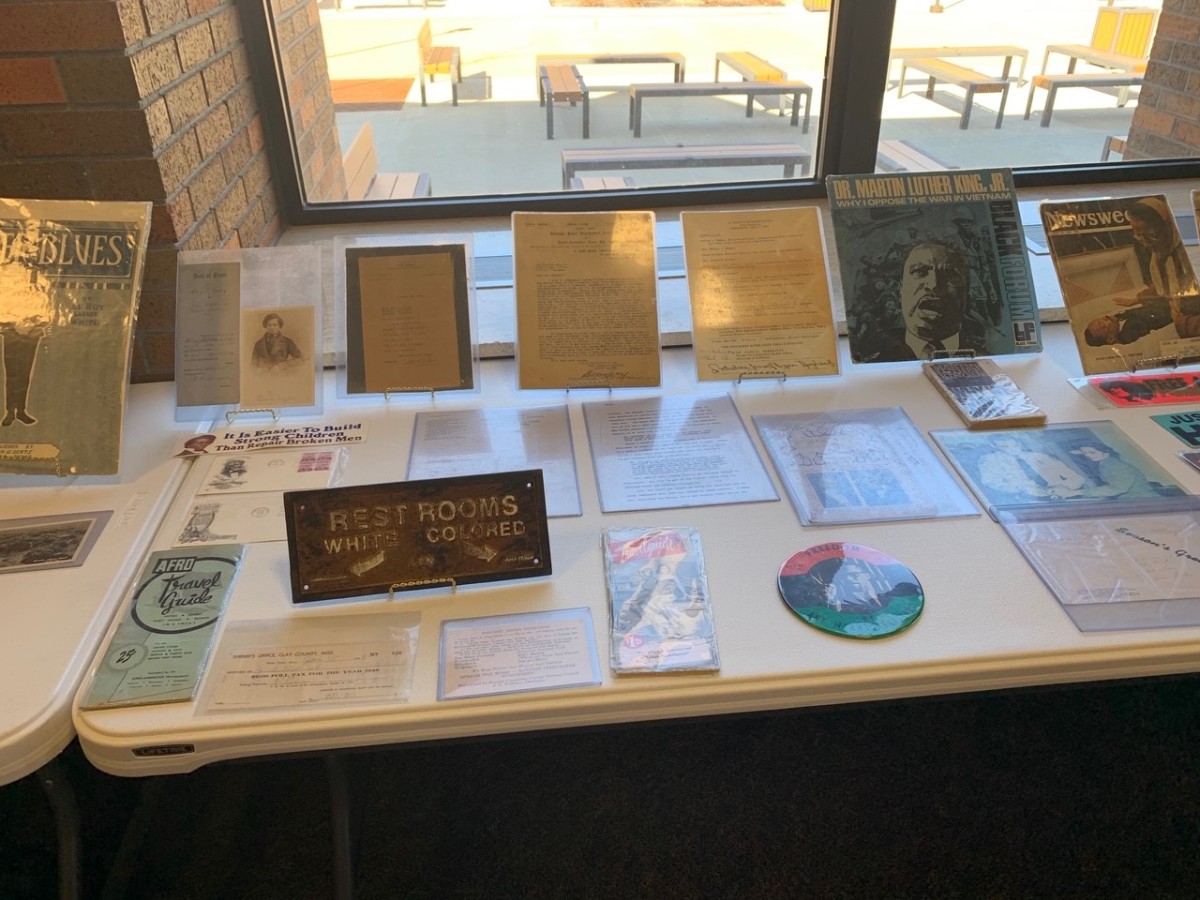 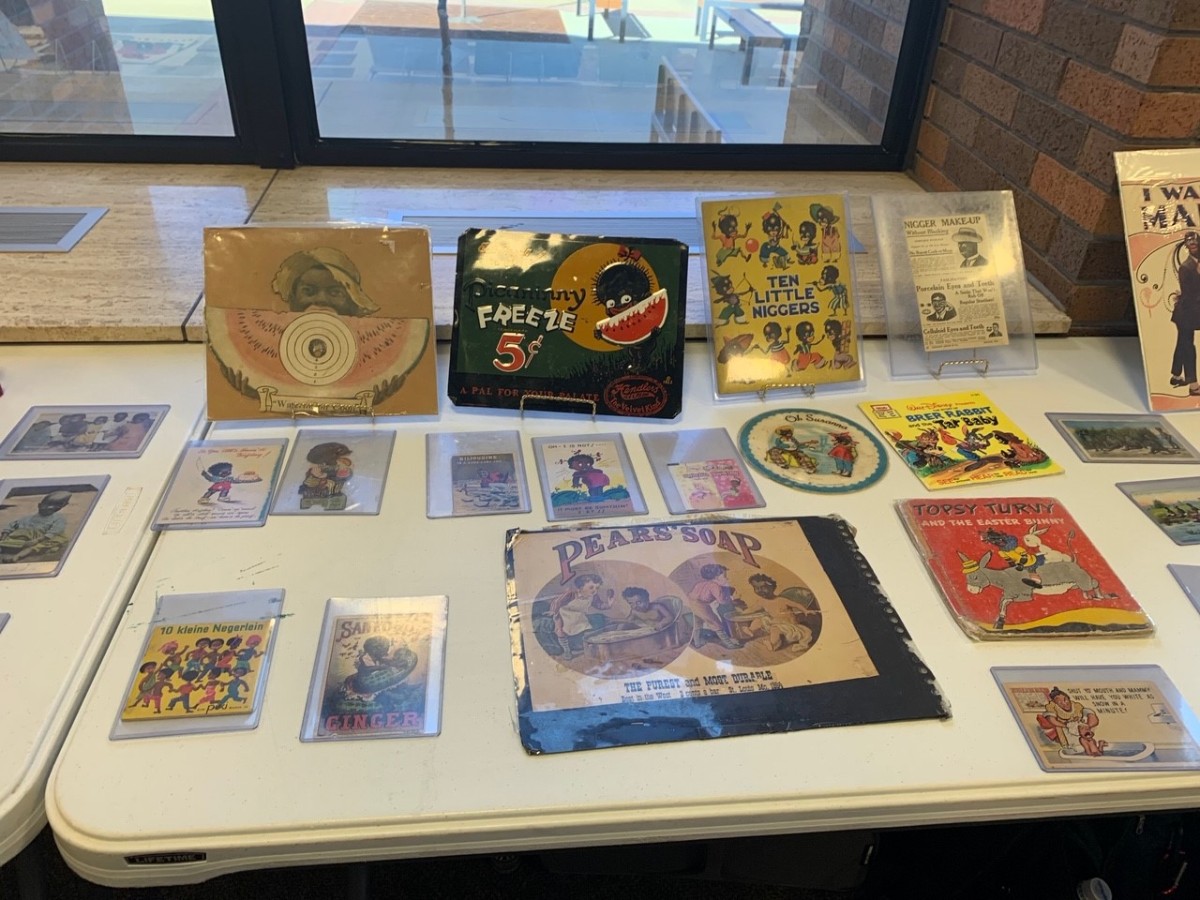 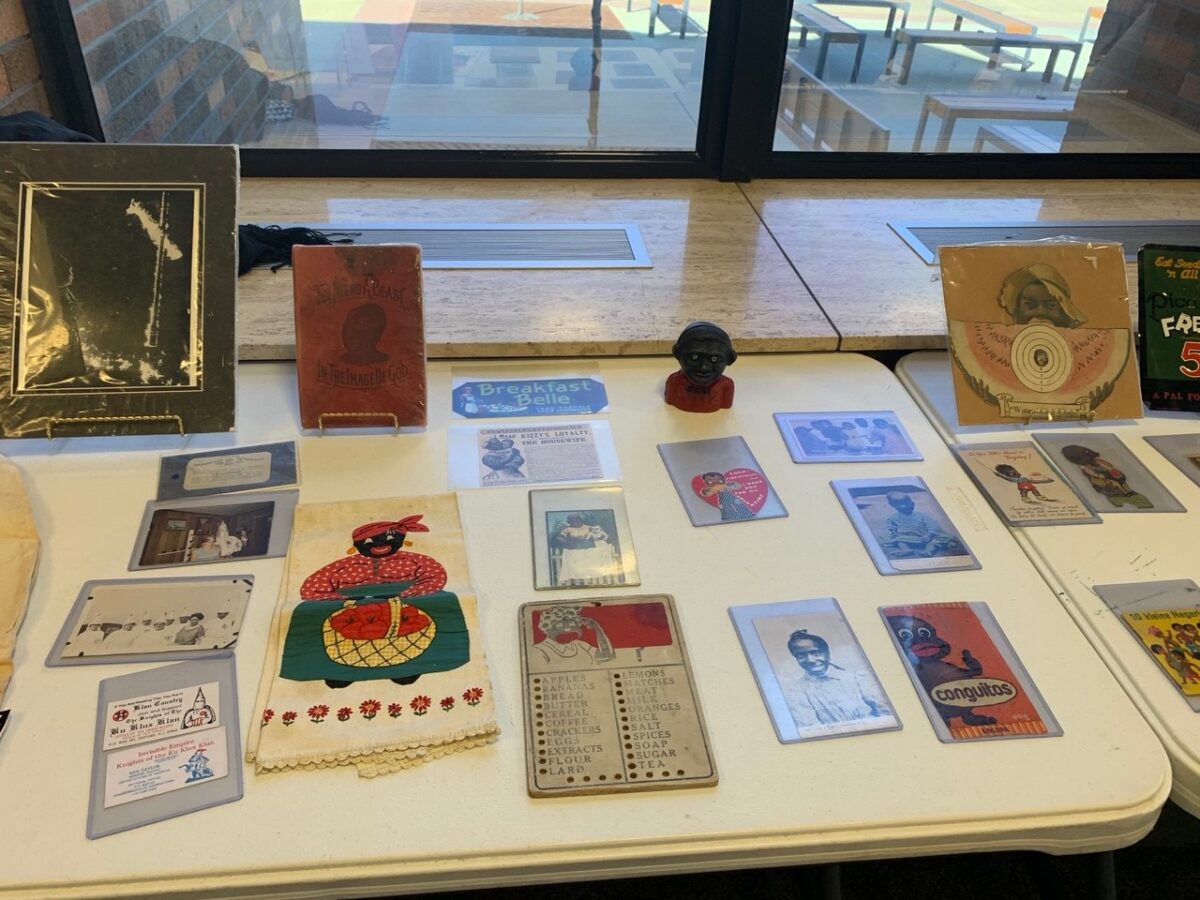 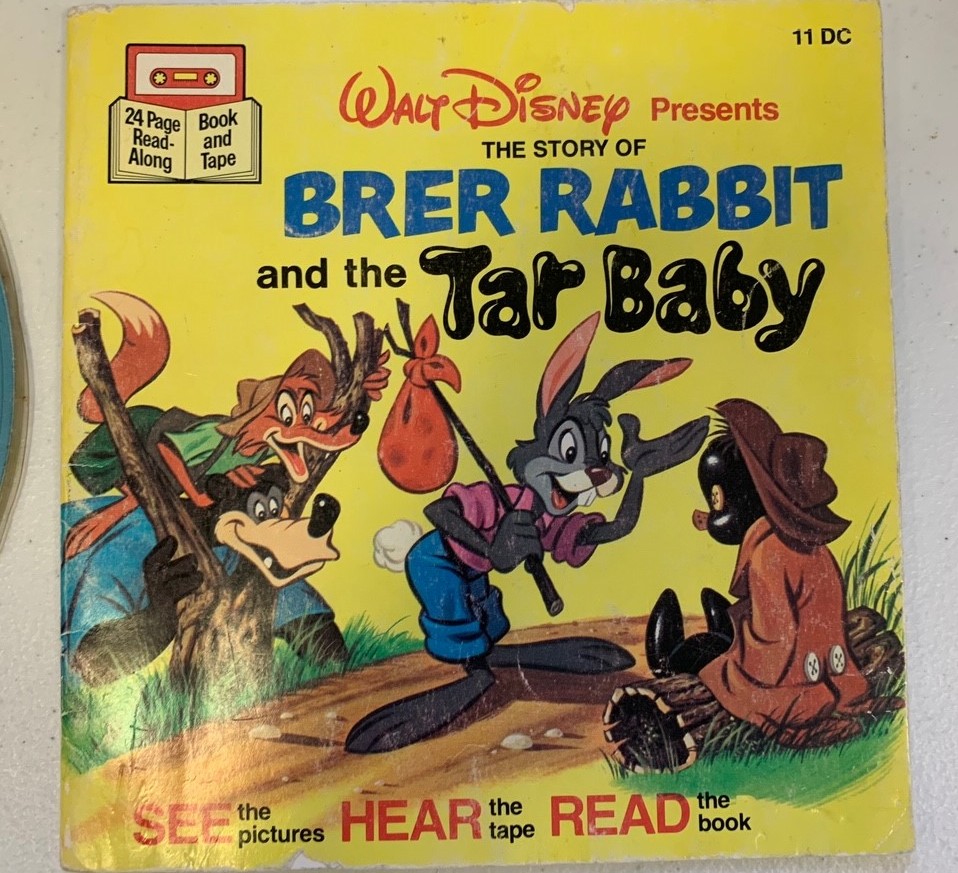 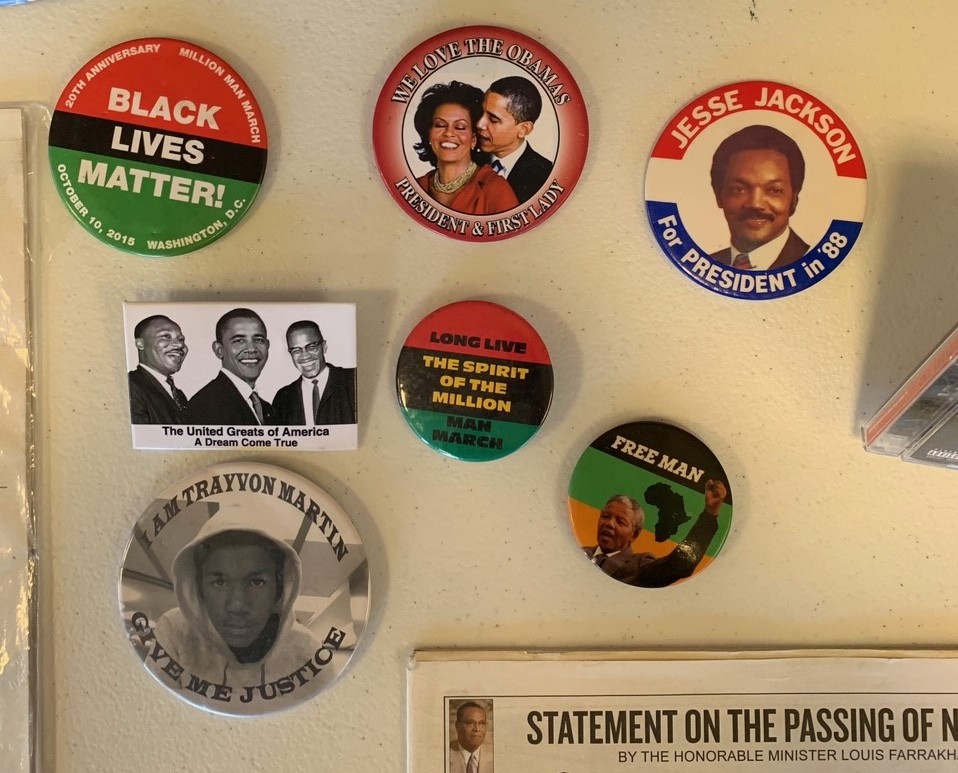 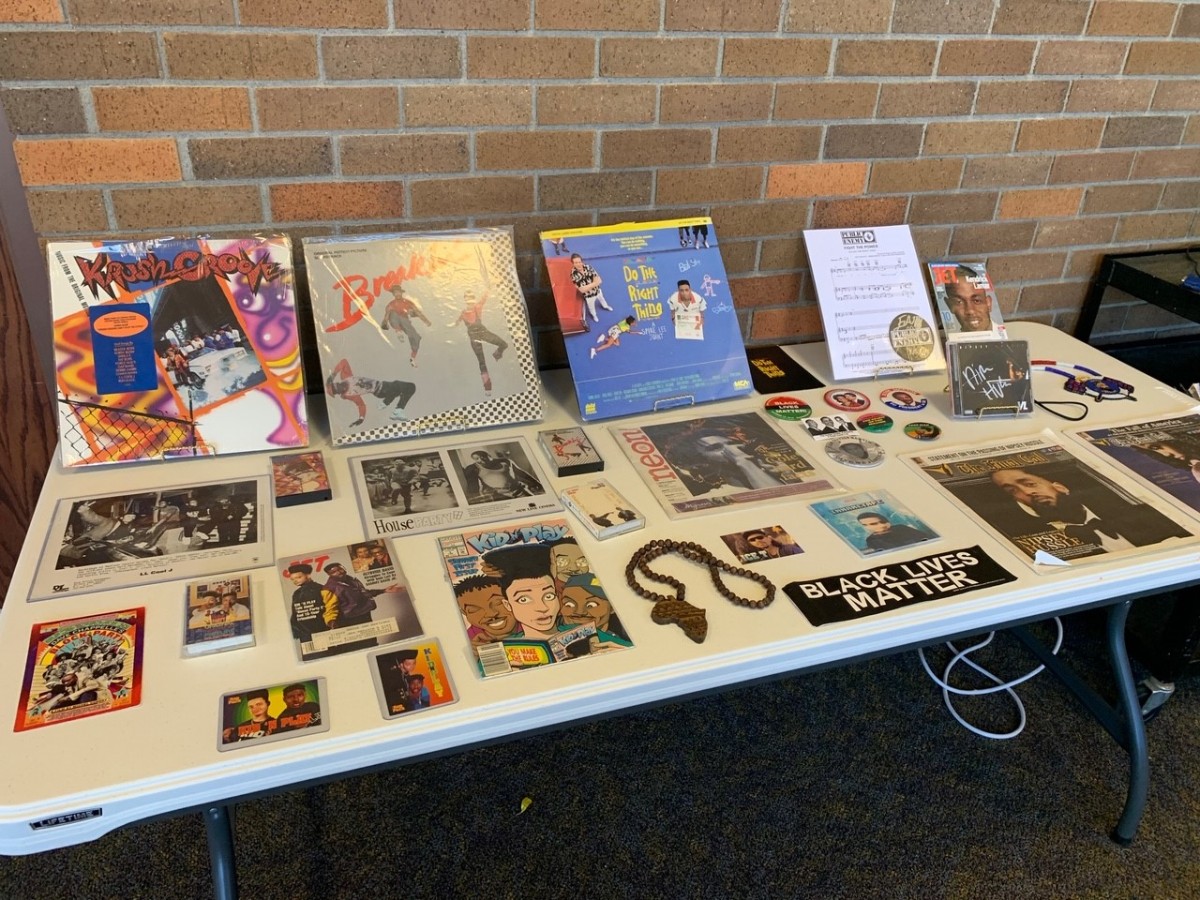 What do you think the value of museums is? Let us know in the comments below.