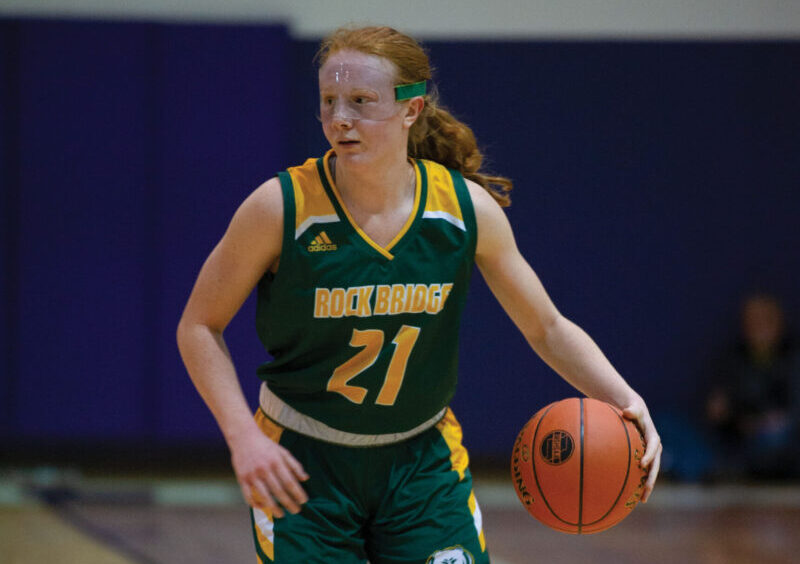 In the wake of the spread of coronavirus (COVID-19), which the World Health Organization declared a pandemic six days ago, the Missouri State High School Activities Association (MSHSAA) cancelled the Class 4 and 5 basketball state tournament, known as the “Show Me Showdown,” earlier yesterday afternoon. The original schedule had the semifinal and championship games scheduled for this weekend; however, MSHSAA tweeted the tournament will no longer take place.

Missouri was the last state to officially cancel the remainder of the high school basketball season. Columbia Public Schools (CPS) superintendent Peter Stiepleman also announced yesterday that today will be the last school day until at least April 13.

With drastic pushes to prevent the spread of the coronavirus, high school basketball games had already limited audience members. Additionally, President Donald Trump, at a news conference yesterday, advised the nation to avoid gatherings of more than 10 people. Acting Athletic Director Michael McGinty said he understands why a national emergency should take precedence, although he knows the team has worked extremely hard throughout the season.

“Although we are incredibly disappointed about the decision to cancel the state tournament, I think it’s difficult for me to criticize the timing of the decision or the decision itself,” McGinty said. “MSHSAA officials worked incredibly hard to satisfy the requirements of the [Centers for Disease Control and Prevention] and the Green County Health Department with regard to managing the spread of COVID-19. Ultimately, because of the unique nature of the situation, they felt they simply had no safe alternative.”

“MSHSAA officials worked incredibly hard to satisfy the requirements of the [Centers for Disease Control and Prevention] and the Green County Health Department with regard to managing the spread of COVID-19. Ultimately, because of the unique nature of the situation, they felt they simply had no safe alternative.”

Junior forward Nina Maddox said while the girls’ basketball team was aware it needed to be careful, she, along with her team members, thought the news was unexpected. She said the team was amping up to compete this weekend and take home the championship trophy.

“I was surprised because we were sitting in activities and just talking about, like, what they were gonna do because they were just gonna take everybody’s temperature and make sure nobody had a high temperature,” Maddox said. “[When we heard about the cancellation], everybody was just pretty sad. And [March 16] after school, we’re gonna meet up again, so I would assume that’s gonna be a lot of crying and sadness.”

The Lady Bruins defeated Republic High School Saturday, March 14, to make it to the semifinal round. The team has had an exceptionally successful season, going 22-5, and is currently ranked second in the state by MaxPreps, which is a primary information source for high school sports.

“I have complete confidence that we could have won [the whole tournament],” Maddox said. “I mean, it’s a really good group of girls and everybody’s chemistry [is] really together, and they [have] really good skill sets.”

Maddox’s teammate, senior guard Samantha Mackley, said the uncertainty of the situation made MSHSAA’s decision to cancel the tournament appropriate. While disappointed the season will end prematurely, Mackley understands the ruling and is grateful for experiences from her final season.

“I have complete confidence that we could have won [the whole tournament]. [We have] a really good group of girls and everybody’s chemistry [is] really together.”

“Everybody’s just trying to do the best that they can with the situation that no one knows how to handle. Obviously we didn’t want them to cancel it any time, but I’m sure [MSHSAA] had to think about all of the school districts involved,” Mackley said. “It was kind of a Cinderella idea that our senior year could be so perfect … knowing that chance isn’t coming again is hard to swallow. I’m just thankful for the opportunities we had and for my teammates.”

McGinty said spring sport practices and games will resume when school is back in session April 13. He said he empathizes with students mourning their season; however, he also said “there are no easy answers when dealing with a pandemic.”

“Rock Bridge students and staff feel terrible for our players and coaches who have invested so much of their passion and energy this season,” McGinty said. “We are heartbroken for them, but we also recognize what a successful run it was [that resulted in] another Final Four. That’s quite an accomplishment.”

What do you think of MSHSAA’s response to COVID-19? Let us know in the comments below.

We released our first issue of Southpaw of the yea

As winter approaches it's important to know what m