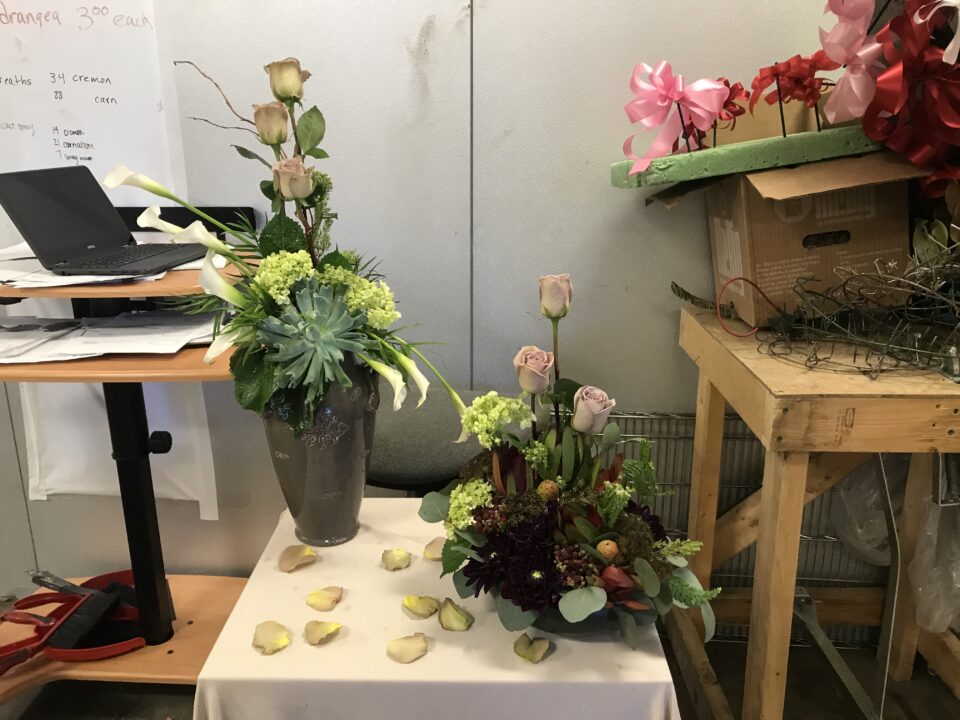 Seniors Reece Furkin and Anushka Jalisatgi take Advanced Horticulture as an independent study class. Together they created this floral design for the Art in Bloom competition based on Marion Reid's painting "The Sorceress." In the design they used mini calla lilies, mini hydrangea, podocarpus, maidenhair fern, amnesia roses, dahlias, leucadendron, silver dollar eucalyptus, Queen Anne’s lace and a succulent and willow branch from the tree outside the horticulture building. Photo courtesy of Reece Furkin.

The University of Missouri — Columbia has canceled the Museum of Art and Archeology’s 14th annual Art in Bloom floral design and art event “out of regard for community health concerns,” according to its cancelation notice. The Columbia Area Career Center’s Advanced Horticulture class has been preparing for its participation in the event for the last few weeks. The course’s teacher, Sherie Rodekohr, said she thinks canceling the event was the right call to make.

“I think it’s just disappointing because this is a chance for the students to showcase their skills with florists in the community that are not students. I mean, these professionals in the community,” Rodekohr said. “And so it’s really kind of a big deal and very exciting. I don’t know. I think it’s exciting for you guys, isn’t it?”

For senior Sarah Keely, she disagrees with Rodekohr and said she thinks the cancelation is an overreaction, although she also acknowledged she is biased toward wanting to compete. While two of Rodekohr’s independent study students participating in Art in Bloom had already completed their design, her traditional class students had not yet begun.

“I’m upset just because it would have been exciting to showcase our work in front of actual florists in the community, and also it would have been a big show that we would have gotten to go to to see other florists designs and be inspired by them,” Keely said. “And so I kind of wish that we could somehow make it online and make our designs and still take pictures of them and have some sort of virtual showcase, but it wouldn’t be as impactful at all.”

Each competing group of florists was able to submit two designs, so two Rodekohr’s independent study students, seniors Reece Furkin and Anushka Jalisatgi, as well as her traditional class were creating designs. Now that students are no longer participating, however, said she feels unmotivated to work on the class’ design even though they had already planned out all the flowers they wanted to use.

“So, we picked out our art piece from the Art and Archeology Museum, and then we picked out all the flowers,” Lile said. “We looked up different flowers that would suit the colors what we wanted and the shapes, and then we planned out our design in detail and things like that. And then today we were supposed to start creating, like, and finish it today.”

Although she is unsure exactly how many people typically attend Art in Bloom, Rodekohr said the number tends to be in the hundreds. She said anyone who comes can vote on the designs. The weekend consists of gallery showings, a reception and two and a half hours of “Art in Bloom for Kids” activities.

The National Speech and Debate Association (NSDA) Eastern Missouri District committee cancelled its national qualifying debate tournament around midnight March 12.  RBHS head coach Ben Niewoehner sent an email to students and parents at 12:11 a.m. RBHS will no longer send a team to compete in the tournament March 12, 13 or 14 at Parkway West or Pattonville High School. A press release from the Eastern Missouri debate website stated the committee cancelled because of an increase in severe COVID-19 cases.

“[The Eastern Missouri] district has also been looking at other community events throughout the region,” the newsletter said. “The committee met and determined that providing the national qualifying tournament on this particular weekend was no longer viable.”

“I would love to see districts be rescheduled.”

The committee consists of coaches from Ladue Horton Watkins High School, Clayton High School, Marquette High School and Pattonville High School. Niewoehner said he was relieved, as he said he believed sending a team to districts would have posed many health risks to students competing.

“It would have been irresponsible to host the tournament and risk harm,” Niewoehner said. “Considering I was part of the voice to cancel the district tournament, I believe this was the best decision to make for not only the safety of all people involved in the tournament but also the reduction of spreading COVID-19.”

A phone call between district chairs that extended late into the night on March 11, the district postponed its tournament “indefinitely.” After 10 hours of preparing for his speech event, international extemporaneous speaking, sophomore Carson Dale said he was devastated but still holds hope for the tournament being rescheduled.

“My initial reaction to districts being cancelled was disappointment, but I now see the value in the concern people have,” Dale said. “I would love to see districts be rescheduled.”

The cancellation left other students like Dale upset as its cancellation could mean the Eastern Missouri district will not send a team to the NSDA tournament in Albuquerque, NM. In order to qualify for this competition, participating students must meet break in the top for of their respective speech or debate categories.

“I did about six or seven hours of prep the day before the tournament, and countless more the weeks coming up to it,” sophomore debater Zihao Zhou said. “I stayed up really late doing prep, so I was really disappointed. I really just wished they told us earlier.”

Niewoehner said numerous factors including health risks and team readiness go into making a decision like that. RBHS theater teacher and district committee member Sandy Welty declined to comment on the factors that contributed to cancelling the district tournament. Niewoehner is optimistic, however, there will be a way to send students to nationals.

“I believe that we can figure out a solution to the cancellation,” Niewoehner said. “Whether that be postponing the tournament until a later date or appealing to the NSDA organization itself and requesting another way to qualify students to Nationals.”

The Missouri Chess Association cancelled the 2020 Missouri State Scholastic Chess Championship March 13. It was supposed to take place at Battle High School March 21. The announcement by the President of the Missouri Chess Association Bob Howe came after a string of other cancellations across the nation. The US Chess Federation reported on their website “For the first time in the event’s 50-year history, US Chess is cancelling the National High School (K-12) Championship (NHS) due to the extraordinary circumstances surrounding the coronavirus (COVID-19) global pandemic.”

Howe said pre-registration fees would all be refunded. President of the RBHS chess club Vignesh Kumar said “Fortunately, we didn’t lose money since the tournament is at Battle High School, which means it’s free registration for CPS students.” The chess club meets weekly, and Kumar said around 15-20 people were expected to attend “the biggest chess event of the year.” 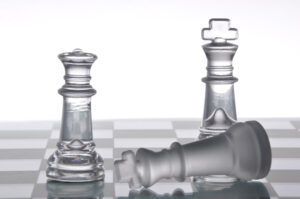 As an avid player since he was in elementary school, Kumar said more than 150 people compete at the tournament every year He said the tournament would have had four rounds for four high school divisions. He said many of the chess members were anticipating the tournament, but said the cancellation was expected.

“While I, along with the chess team, was quite disappointed since state is the climax of the year, we’re incredibly lucky that chess is one of the only sports where you can compete online against nearly anyone with internet access at any time. You see it in class all the time with game pigeon, cool math chess, and chess.com,” Kumar said. “It doesn’t require money, equipment, or even facilities, so the team can still organize tournaments from home and compete against each other or others online, with or without tournaments or even school.”

Have any of your events been canceled because of COVID-19 concerns? Let us know in the comments below.