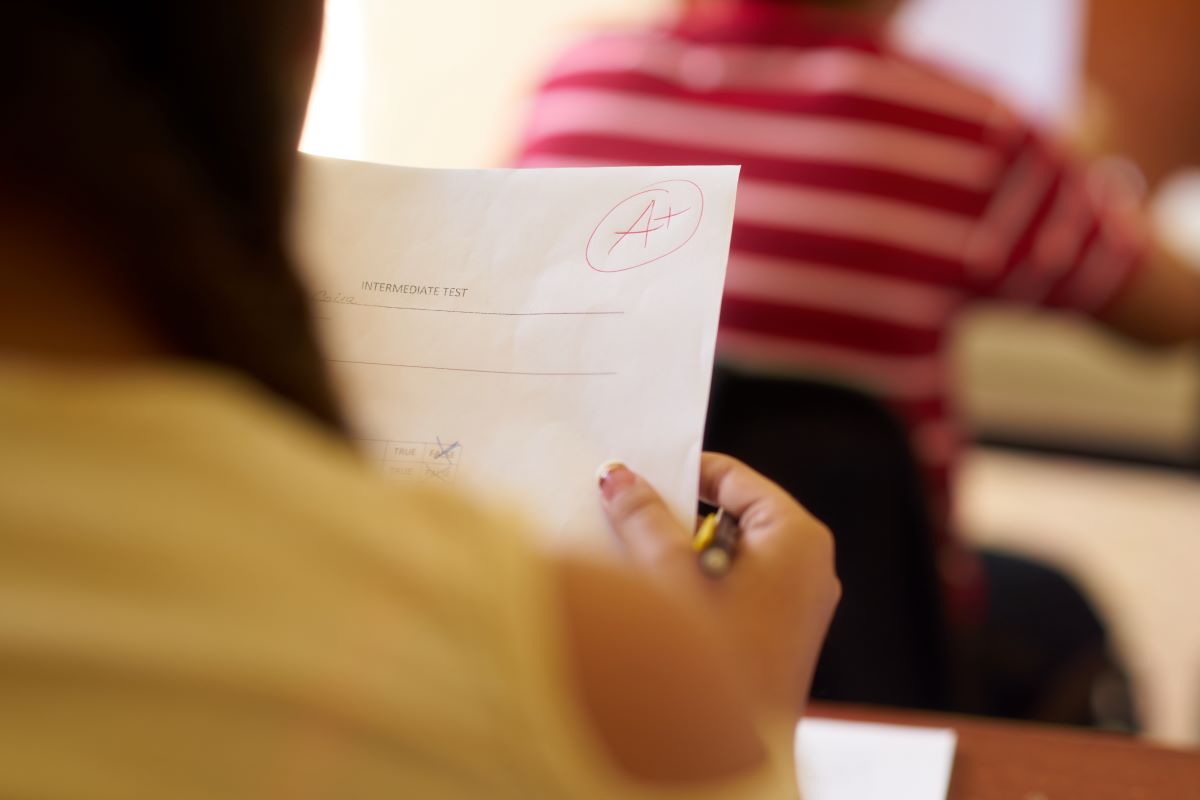 Students are fortunate Columbia Public Schools (CPS) can provide laptops to high schoolers and grab-and-go meals to those that depend on school breakfasts or lunches; however, the daily lives of students are still filled with uncertainty.

In this time of crisis from COVID-19, it’s imperative educators put the well-being of students above homework and grades, just as they did by closing schools district-wide until April 27 to slow the dangerous spread of the virus. In order to appropriately accomplish this goal, and in-light of the almost inevitable difficulties of online education, evident in the outage of Schoology and lag-time with Google Classroom for students yesterday, March 30, CPS should shift all classes to a pass/fail grading scale for the duration of this semester.

The rest of the school year will be a new test for both students and faculty. Most teachers likely have no experience teaching a class exclusively online and have sporadically incorporated technologies like OneNote, Schoology and Google Classroom into classes. This lack of consistency in instruction methods makes it difficult for students to adjust to their new reality of social distancing when they have spent years developing their strategies for studying and learning on taking physical classes.

“In order to appropriately accomplish this goal, and in-light of the almost inevitable difficulties of online education, evident in the outage of Schoology and lag-time with Google Classroom for students yesterday, March 30, CPS should shift all classes to a pass/fail grading scale for the duration of this semester.”

For instance, in at least one Advanced Placement (AP) Chemistry class, students have to take tests on Schoology. To prevent cheating, the class has a strict time limit on each question to ensure students cannot look up an answer, and they can’t go back to questions. This restriction makes it impossible for students to manage their time across the test, however, and eliminates their ability to devote more time to more difficult questions. As a result, some of the students found it difficult to complete certain questions on time for a test they took.

One student said she knew she could finish the questions with more time, though, or if it were an in-person test she would have been able to spend less time on easier questions and then come back to the ones she was unsure about at the end of the test. Another student in the class called the time very “limiting due to technological restraints and having to put in work.” A third said he had poor internet speeds at his house and as a result “loading the questions could take up to 30 seconds each, putting my time from 1:30 to 1:00.”

Although in time teachers will be able to address any complications that arise, the most effective and equitable way to do this for students is under a pass/fail system. While some students may see potential to slack under this system, teachers could still hold them accountable by giving more or less weight to certain assignments as well as contacting the student or their parents about a perceived lack of effort in the class. Also, certain students not putting effort into classwork is nearly inevitable under any sort of grading system.

Did you know?
The University of Missouri is allowing students to take classes on a satisfactory/unsatisfactory basis. Teachers do not know whether students have chosen that option and enter a letter grade at the end of the semester. That letter grade is then translated to an S or a U if a student desires. Any grade C- or higher is an S, while any grade D+ or lower is a U.

Additionally, for many students asking teachers questions both in and out of class is essential to their learning. While teachers can set up video conferences through applications like Zoom, this is still not the same as being able to see a math problem worked out on a black-board or watching one’s teacher mark-up an essay from class, not to mention the potential for technological difficulties that can emerge.  Office hours, while available from teachers, also prove more limiting than time before and after school as well as during the school day.

Online education also lacks the support students gain from extra help in the Math Tutor Room or Success Center, as well as an always-available quiet place to take an exam or work on an assignment. With the Stay at Home Order in Columbia, many parents and students are finding themselves furloughed or out of a job entirely as unemployment claims skyrocket statewide. Numerous middle and high schoolers likely face the difficult and time-consuming task of caring for their younger siblings, adding to the uncertainty amid the COVID-19 pandemic. While some students may be able to devote more time than their peers to their schoolwork, others may see their available time reduced because of greater home responsibilities. Given the inconsistency in student’s ability to work on online assignments, especially when factoring in differences in technology and internet access and familial obligations, it’s unfair to expect all students to be able to uphold the same level of academic rigor when compared to each other and a traditional school year.

Did you know?
State officials said the number of unemployment claims Missourians filed last week is equal to 30% of the total filed throughout 2019.

As a result of moving to a pass/fail system, the end of semester marks from spring courses cannot be counted to Grade Point Average (GPA), which could potentially harm students in the search for financial aid. Major scholarships such as the A+ Scholarship Program, however, have already modified their policies to accommodate the necessity of schools adapting their grading styles, and others are likely to follow suit as moving away from a letter-grade system for the remainder of the year becomes increasingly popular, particularly among colleges.

Also, for A+ specifically, the Missouri Department of Higher Education and Workforce Development (DHEWD), which oversees the program, created an alternative method of GPA calculation for students that might be hurt by a grading change.

“It has become apparent that some districts are moving to a pass/fail grading system for the current semester,” according to a March 27 guidance from DHEWD. “This could negatively impact some students that are near the 2.5 CGPA [cumulative GPA] cutoff and who would have likely achieved eligibility as a result of their performance in the spring. As a consequence, and only for students in districts that have or will move to a pass/fail grading system for the spring semester, the district may use the student’s CGPA at the time classes were halted or the student’s CGPA at the third quarter break.”

Although in time teachers will be able to address any complications that arise, the most effective and equitable way to do this for students is under a pass/fail system.”

The response to COVID-19 by public and health officials, both on a city- and nation-wide level, is ever-evolving and mired by variability. Just on March 29, President Donald Trump extended the social distancing guidelines to April 30, three days after CPS plans to resume in-person classes. It’s already difficult enough for students and faculty to adjust to a month of online classes, which doesn’t factor in the potential confusion caused by a switch back to physical classes just as students get used to the change or teachers having to further amend their lesson-plans if the return date is extended or CPS goes online for the rest of the school year.

As districts and universities grapple with the new circumstances for students in light of the pandemic, some are adopting a pass/fail grading system on an optional basis. Allowing students to opt in to a pass/fail system would not go far enough, however, and instead harm the students who select that option. For students who need to take a class pass/fail, whether it be because of an influx of home responsibilities, unreliable technology or any other reason, that decision will make them look worse on paper to a scholarship or college admissions officer when compared to their peers.

“While teachers can set up video conferences through applications like Zoom, this is still not the same as being able to see a math problem worked out on a black-board or watching one’s teacher mark-up an essay from class, not to mention the potential for technological difficulties that can emerge.”

Additionally, opting in to pass/fail could limit eligibility for programs such as A+ if the policy is not uniformly adopted district-wide. It would be better for CPS to accomodate for the needs of their students that may struggle with a letter-grade format and have some students find a pass/fail system too easy than to force students into a grading style that goes beyond what they are capable of accomplishing given the turmoil caused by COVID-19.

With countless employment opportunities lost in the crisis, and students unable to access the resources available to them at school or participate in virtually every extracurricular activity they look forward to, CPS must emphasize the well-being of students above all else. Failing to adopt a pass/fail system, and instead adding the stress of online education to the endless novel stressors that have resulted from COVID-19, does the exact opposite.

How do you think grades for second-semester classes should work? Let us know in the comments below.

MU administration needs to own their mistakes, suspend in-person classes

Junior Andrew Copeland passes the ball to his team

The Columbia Public Schools Board of Education hel

Moving is a difficult, anxiety-inducing and draini

The turmoil of this current chunk in time, from th

Read about RBHS’s efforts in handling a positive