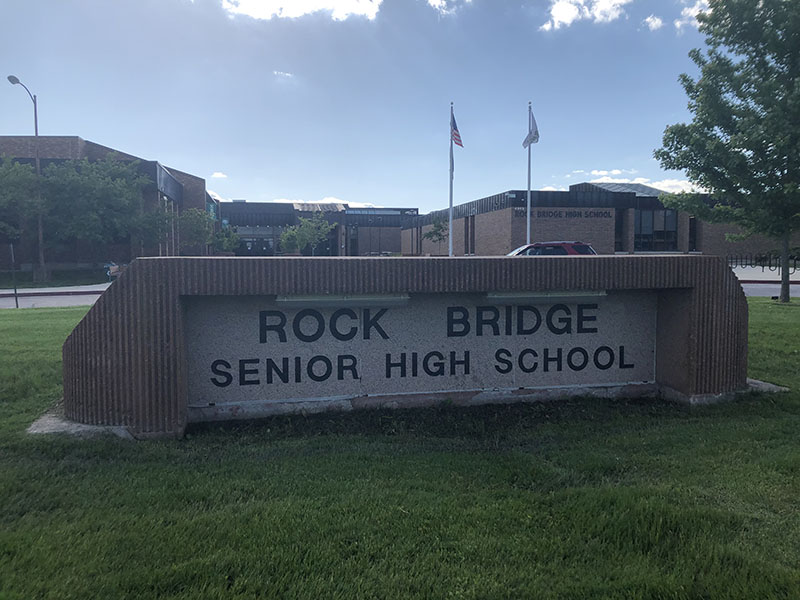 Columbia Public Schools (CPS) won’t be in session tomorrow and won’t reopen until April 13 at the earliest; however, this 26-day cancellation may change depending on future events relating to the coronavirus (COVID-19), CPS Superintendent Dr. Peter Stiepleman said in an email to faculty and staff members yesterday.

Stiepleman also said buildings will only be accessible to “essential personnel,” and teacher compensation will continue without change as educators are “expected to work remotely.” Still, he said “alternative methods of instruction will not be expected during spring break.” Additionally, Sirna said CPS is working on a plan to continue feeding those who rely on the district’s three meals per day.

The purpose of this course of action is to limit the proliferation of COVID-19, what the World Health Organization deemed as a pandemic March 11. President Donald Trump issued a national emergency March 13 and said yesterday, in a news conference, to restrict any nonessential meetings and gatherings of over 10 people.

As of today, there are over 100 U.S. deaths and 5,600 confirmed U.S. cases although the New York Times reports said this number is likely much higher. Columbia,  Mo also confirmed its first case today, and the mayor will speak on the topic. Currently, the Washington Post said U.S. cases are growing exponentially, with every day bringing more cases than the last, and the goal should be to flatten the curve of cases.

In an effort to quickly minimize infection, the University of Missouri moved to online education for the rest of the semester March 13, and all St. Louis and Kansas City schools canceled March 14, prompting students to tweet Dr. Stiepleman about CPS cancellation. Not only have schools closed, the Missouri State High School Activities Association (MSHSAA) canceled all activities, including the Class 4 and 5 basketball state tournament, of which the RBHS girls’ team was competing.

Additionally all spring sports practice and games are cancelled until school resumes, Dr. Stiepleman said. Junior Chloe Cain said she is devastated her soccer season will be cut short.

“I am very unhappy that sports were suspended,” Cain said. “We will be missing nine games when we have around 20 in a season. So just like that our season is cut in half. I feel bad for the seniors because this is their last year playing soccer, and their season is shortened.”

Still, Cain said she agrees with the district’s decision to shut down schools because “it was essential in keeping everyone safe.” She said while teenagers like her may not be affected much, it’s everyone’s duty to protect those most vulnerable, such as the elderly and those immunocompromised, groups with a much higher rate of death, according to the Centers for Disease Control (CDC). COVID-19 is highly contagious, according to the CDC, and usually spreads when someone is exhibiting symptoms but can be transmitted

The values of our school district are trust, integrity, collaboration, transparency, empathy and grace. I want to thank each of you for living these values each and every day, and especially now during this unprecedented moment in history.”

when a person isn’t.

Senior Paige Hensley, however, said she’s unsure if the national reaction is completely warranted and was overwhelmed and concerned about the sudden actions. She said she is afraid she’ll miss out on the traditional senior activities such as prom, graduation and senior parties.

As of today, Counseling Secretary Jennifer Sonnenberg said the plan is to still host these events. Later in the day, however, Kansas Governor Laura Kelly ordered the suspension of all in-person K-12 schooling for the rest of the year. Currently, Kansas has more cases than Missouri, and there hasn’t been a similar issue in Missouri.

“We had to postpone our wrestling banquet, and if it’s pushed back more, we may not even have it. I don’t even know if I should buy a prom dress because I don’t know if I’ll get the chance to wear it,” Hensley said. “I’m leaving for college so this [is] the last semester with my friends, so it sucks having it end this way.”

Dr. Stiepleman said he hopes the CPS community can strongly endure through these unexpected events and work diligently to communicate effectively through means of technology.

“The values of our school district are trust, integrity, collaboration, transparency, empathy, and grace,” Dr. Stieplman said. “I want to thank each of you for living these values each and every day, and especially now during this unprecedented moment in history.”

What do you think about CPS closing? Let us know in the comments below.