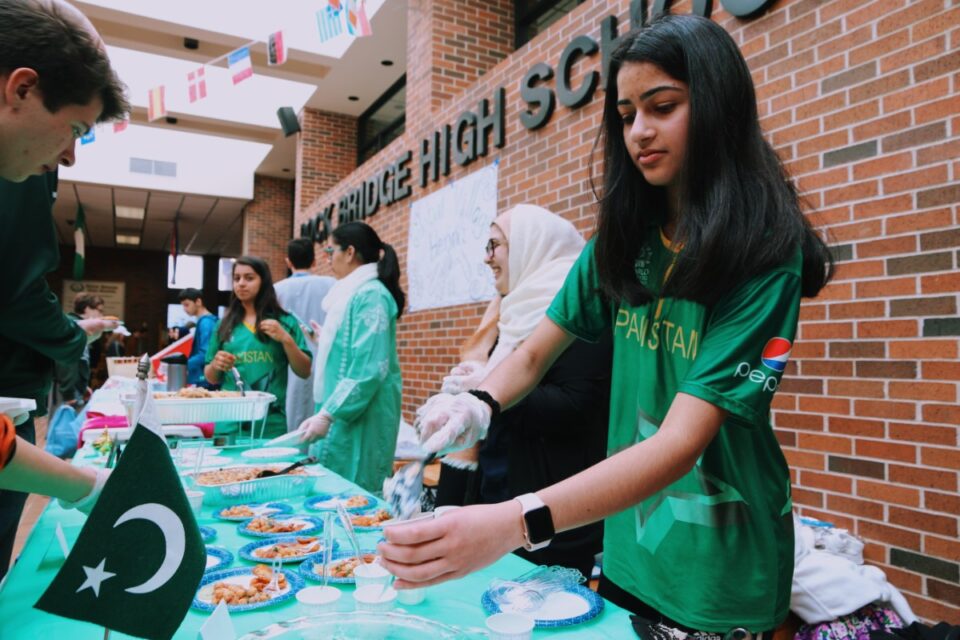 Rock Bridge hosted its annual Global Village celebration Friday, March 13 despite push back from corona concerned parents. Lasting all first and second hour, this event was the culmination of a week-long celebration of lunch activities including henna, authentic Indian dancing and a multi-continental fashion show.

Those lunch activities led up to the final main event where student volunteers represented a country and shared food, facts and games from the culture they picked. Sophomore Viet Duong represented his namesake country, Vietnam, wearing a leaf hat made from bamboo.

“Vietnamese culture is indeed beautiful,” Duong said. “We celebrate our culture by eating a lot of food, and we make the most heat food. You can’t go wrong with soy sauce and rice. Pull up to my mom’s crib; we will feed you right.” 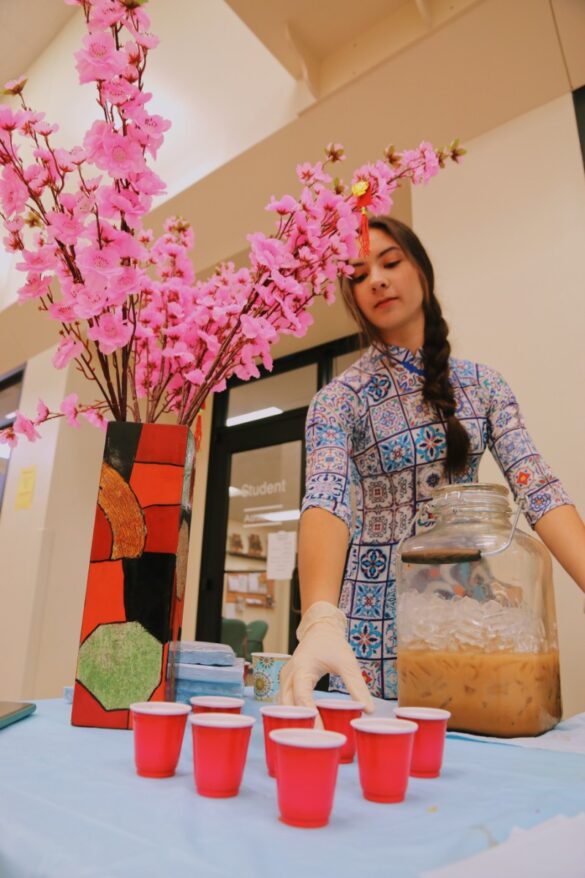 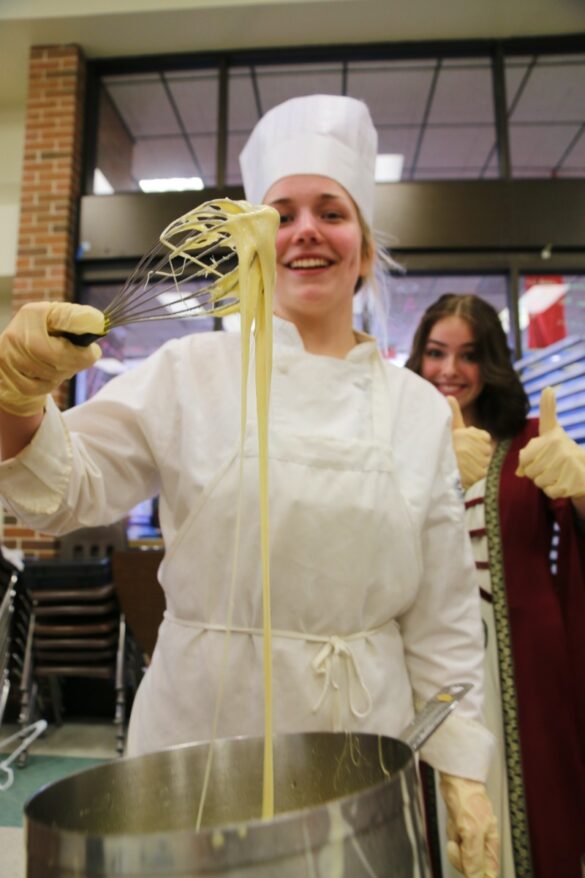 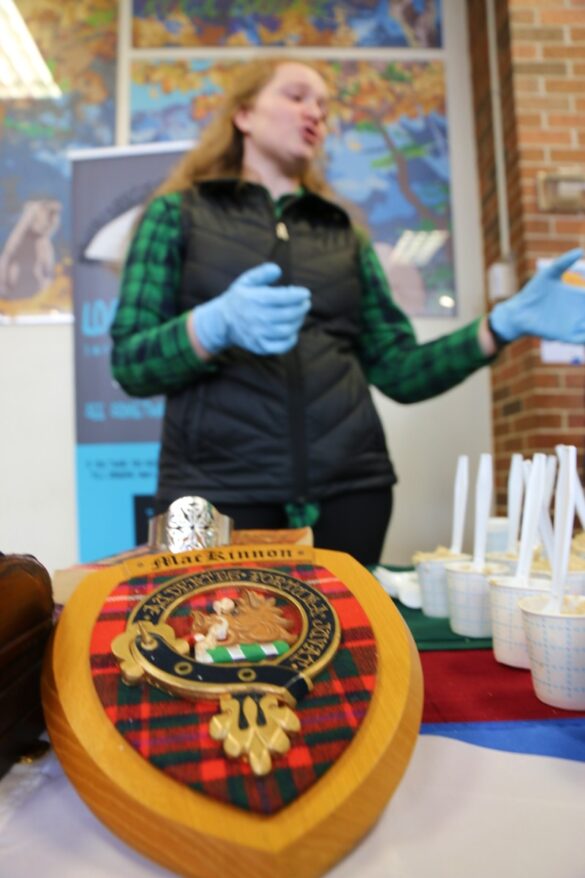 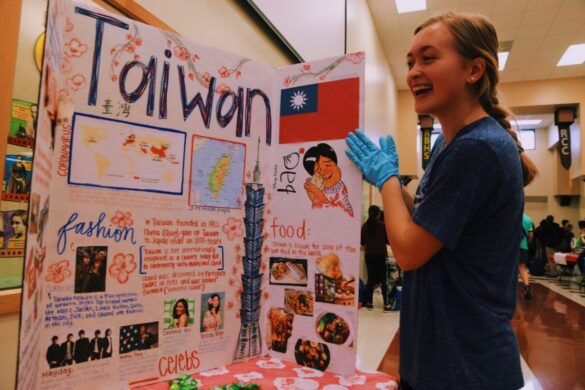 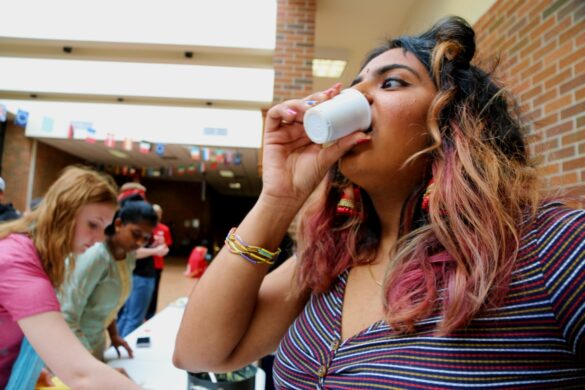 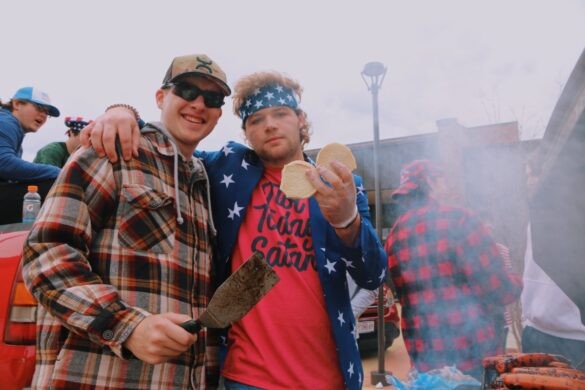 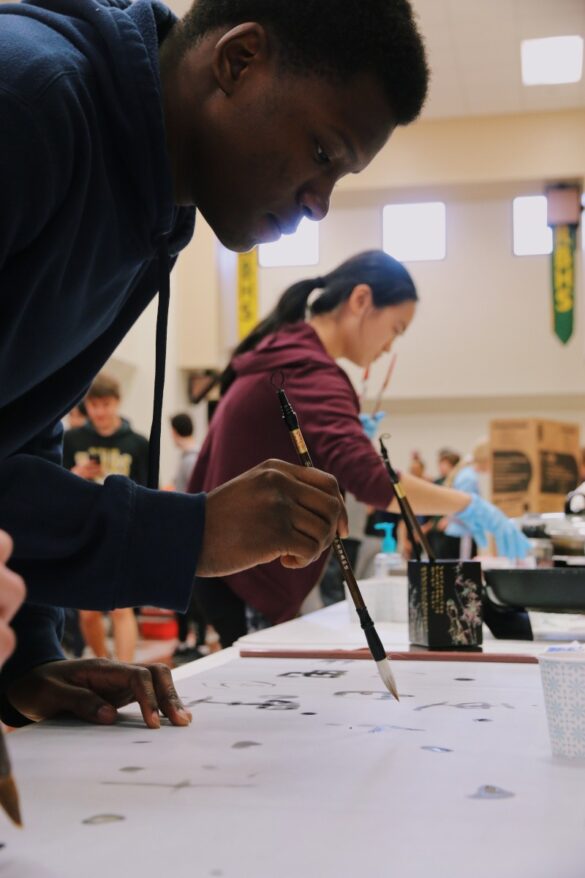 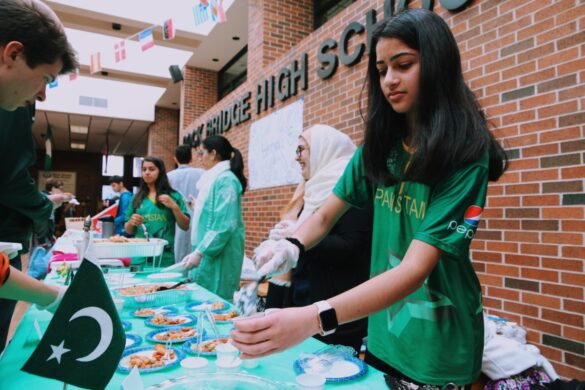 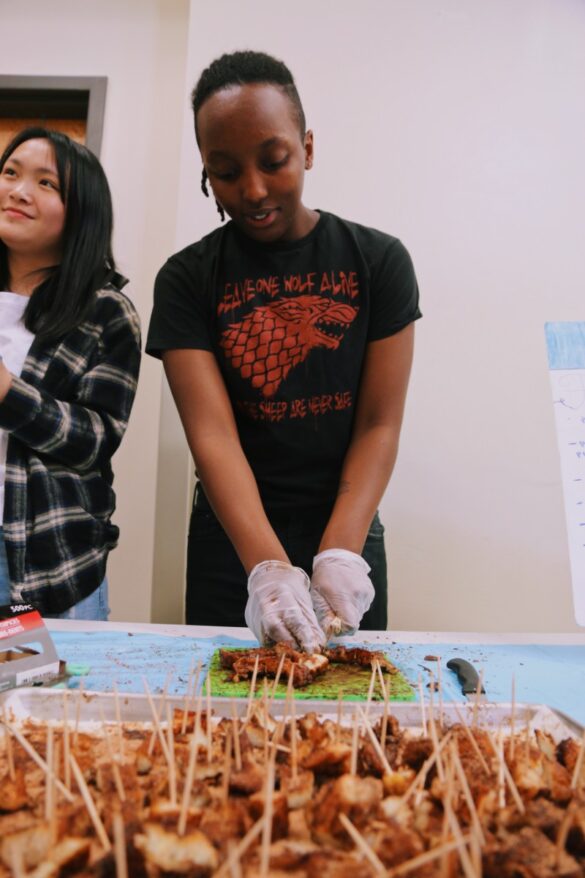 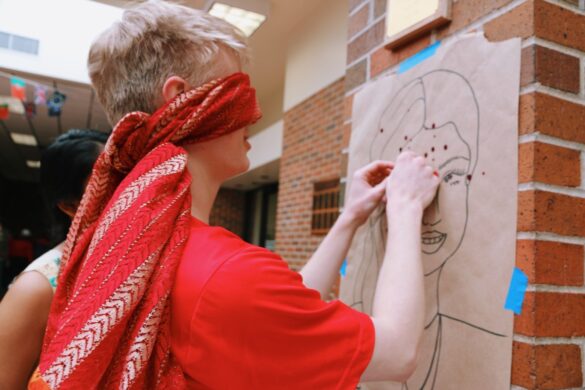 “Students will experience authentic Indian dance, Henna tattooing, German bratwurst hot off the grill, Islamic artifacts, and Scandinavian music, and much, much more.”

“More than 200 students are involved in the planning and presenting of this Epcot-like event which features exhibits from more than 39 different countries,” Sirna said. “Students will experience authentic Indian dance, Henna tattooing, German bratwurst hot off the grill, Islamic artifacts, and Scandinavian music, and much, much more.”

Deciding the effort already put into global village was worth the risk, Sirna released a list of rules to mitigate the spread of disease. Vendors were required to wear latex gloves, clean stations regularly, and outlawed self serve stations. Students who didn’t want to participate were excused to the media center for the duration of global village.

Sophomore Garrison Ragsdale (@GarrisonRags1 on Twitter) disagreed with this decision, tweeting his opinion on the matter to superintendent Peter Stieplemen. His tweet accumulated 63 likes and 6 retweets, but received no response from @PStieple.

RBHS: Global Village is a go!!”

Despite opposing opinions, the celebration was successfully put on and has not yet been traced to a spread of corona. Junior Jocelyn Ash was glad the event continued, putting in lots of unseen work behind the scenes.

“Global village lets me celebrate who I am through the identity of where I came from.”

“I went to buy the food on Wednesday and I prepared it last night,” Ash said, “but if I were to do it again I would make sure to allow even more time since it took a lot longer than expected. Not only did I get to share my own culture with others, but I got to learn about new countries and cultures that I wouldn’t have known about otherwise.”

Continuing Global Village meant preserving a vital Rock Bridge tradition that allows students to celebrate other cultures and their own. Senior Audrey Guess was grateful that the tradition wasn’t cancelled her last year participating.

“I love being able to learn about new countries and cultures that are represented in Global Village,” Guess said. “Global village lets me celebrate who I am through the identity of where I came from.”

Did you enjoy global village? Let us know in the comments.