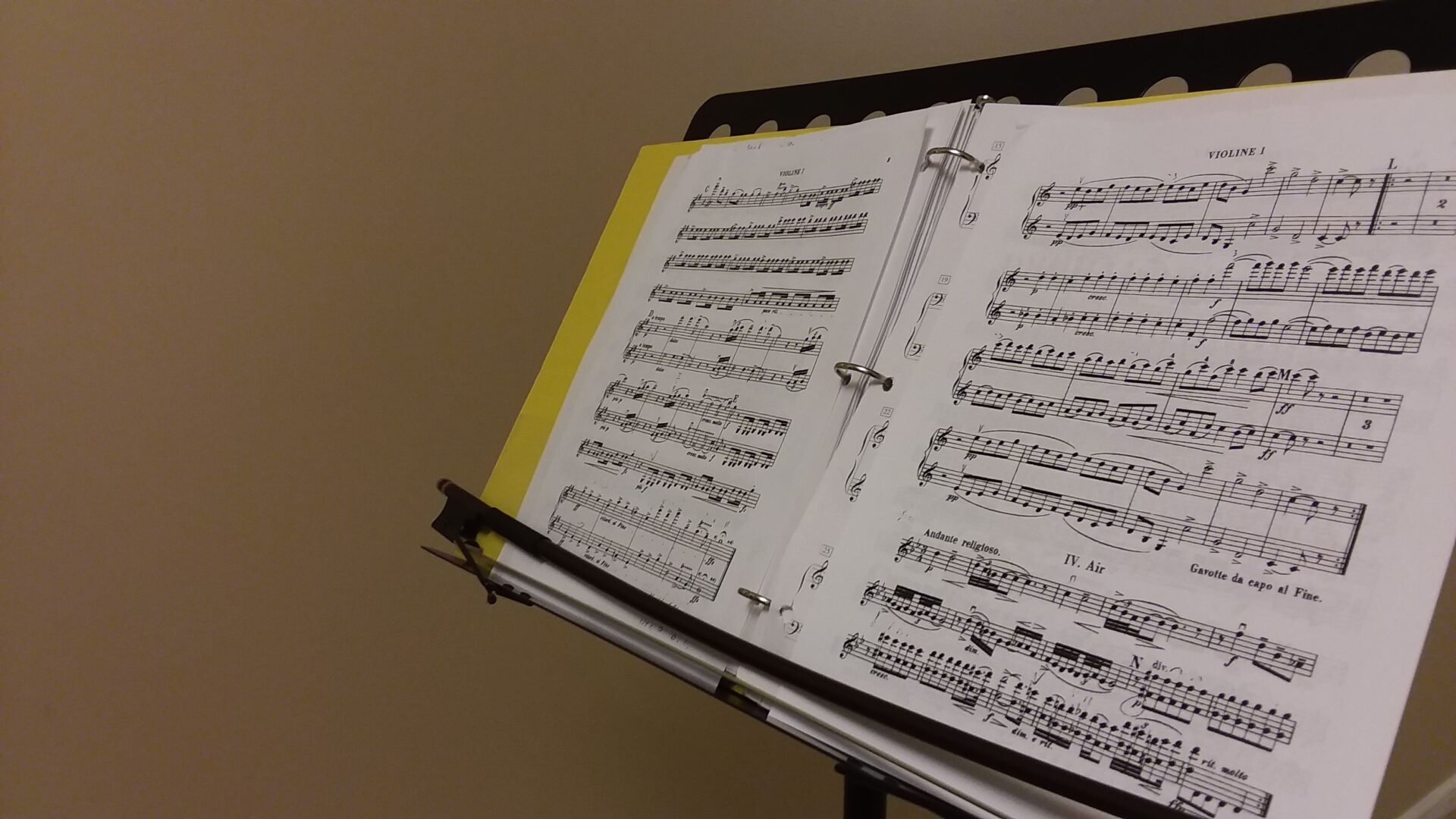 District personnel from the Columbia Public School (CPS) Aslin Administration Building ordered the cancellation of all school music concerts after March 15. Later that day, choir teacher Mike Pierson sent an email to his students announcing the performances would not take place. Pierson said though he believes avoiding gatherings that could lead to the spread of COVID-19 cases was the right decision, he was very frustrated by the cancellation.

“With our recent pattern of having to cancel our show choir festivals due to snow, I’ve built up a ‘tolerance’ for delivering bad news, I guess you could say,” Pierson said. “[But] the inability to have a culminating event to our learning is extremely underwhelming.”

Sophomore Abigail Bridgeman, who is in the advanced treble choir and the Satin n’ Lace show choir group, said she understood the health risks related to why the district called off the concerts. She said her younger sister stayed at home before school was officially cancelled because her compromised immune system could elevate her risk for infection.

“I believe that it is important to take these steps [in respect] and care of other members of our community who need extra help to fight the virus,” Bridgeman said. “I hope that everyone understands the consequences of [unnecessary risk action] and makes [safe decisions] for the good of the group.”

The four choirs were the first music ensembles to receive news of the cancellations via email, followed by the orchestras and bands. Bridgeman said she was saddened when she heard the news because her family would be unable to see the choir’s hard work and long-term efforts.

“I was really sad to hear that we wouldn’t be having [the concerts], as we’ve spent so much time and effort learning the pieces to not even get the chance to perform them.”

Training for the concert and multiple other music festivals began in the first week of January for the four choirs. Bridgeman said multiple of her performing opportunities related to choir were cancelled in response to COVID-19, and this concert was their last one for their current music pieces.

“I was really excited for the concert. I’ve really enjoyed the songs we’ve sung. Two of them have a funky beat that we get to dance to,” Bridgeman said. “It was disappointing that we didn’t get to share that, especially with our families, who don’t understand what we’ve been singing at home until they see it with the rest of the ensemble.”

Junior Natalie Robuck is in both chamber orchestra and chamber choir. The chamber choir requires each member to participate in the lower division choirs along with chamber. Robuck said throughout the semester, chamber choir prepared six songs and chamber orchestra practiced three pieces, leaving her with nine musical compositions she was unable to perform. Along with the school concerts, the Missouri State High School Activities Association (MSHSAA) cancelled their large and solo/small ensemble festival in Mexico, Mo., scheduled for March 20 and March 21, earlier this month. At the festival, a scale of one to five, one being the highest rank and five the lowest, is used to rate the musicians and receive feedback from judges to improve. The orchestras, choirs and several of the band groups at RBHS would have participated in the event. Robuck said having no chance to perform this week made her the most unhappy.

“Normally this week is full of performing for me, with the orchestra concert, the choir concert, large ensemble festival and solo and small ensemble festival on saturday,” Robuck said. “I was really sad to hear that we wouldn’t be having them, as we’ve spent so much time and effort learning the pieces to not even get the chance to perform them.”

The concerts, Robuck said, usually help prepare for the MSHSAA festival, which she looks forward to every year. The trip to Mexico, Mo., she said, lets the choir and orchestra showcase their work and compete for a ranking they can be proud of.

“It’s fun spending the last day of school before spring break with friends in the Mexico High School cafeteria,” Robuck said. “It’s always a lot of fun and a lot of bonding happens between members of the ensemble, as you end up spending a lot of time together.”

Robuck is not the only musician disheartened by the cancellations. Senior Jordan Kuhnert, a flutist in the wind symphony band, said though she was disappointed, the decision would help prevent further exposure to COVID-19.

Music always has a purpose, even if that purpose changes from performing for judges’ feedback to performing for music’s sake. I’m glad we’ve spent the time on it, even if we won’t perform it for an audience.”

One regret she has, however, was missing out on her final chance to perform at the festival.

“I was really looking forward to the trip as a whole. I really like traveling as a band and getting to perform with the wind symphony,” Kuhnert said. “But I can definitely see why they chose to cancel the events and [it] beats risking the spread of infection throughout the state.”

Kuhnert said the cancelled shows took away opportunities to present the musicians’ hard work. The school concerts and the MSHSAA festival allow for students to perfect their music and share it with the community. Orchestra teacher Alison Lankheit said when performances begin to stack up, she becomes more detail-oriented and picky with her classes. She said she wants to ensure perfection in their music to create the best possible product.

“To say that we don’t get to perform for the judges is just a difficult thing to say after you’ve been pushing so hard,” Lankheit said. “I won’t say that it was all for nothing; music is never for nothing. Music always has a purpose, even if that purpose changes from performing for judges’ feedback to performing for music’s sake. I’m glad we’ve spent the time on it, even if we won’t perform it for an audience.”

Overall, Lankheit and Pierson both said the health-related consequences from crowds at the concerts would outweigh the possibility of performing. Their main concern is the well-being of their students to be prepared for future chances to share their musical talents.

“I do believe that cancelling the concert was appropriate to follow the directives of governmental officials and recommendations of the CDC,” Pierson said. “Hopefully this will help to speed up the process of us getting back to normal school and regular performances.”

Do you participate in any school music programs? Let us know in the comments below.