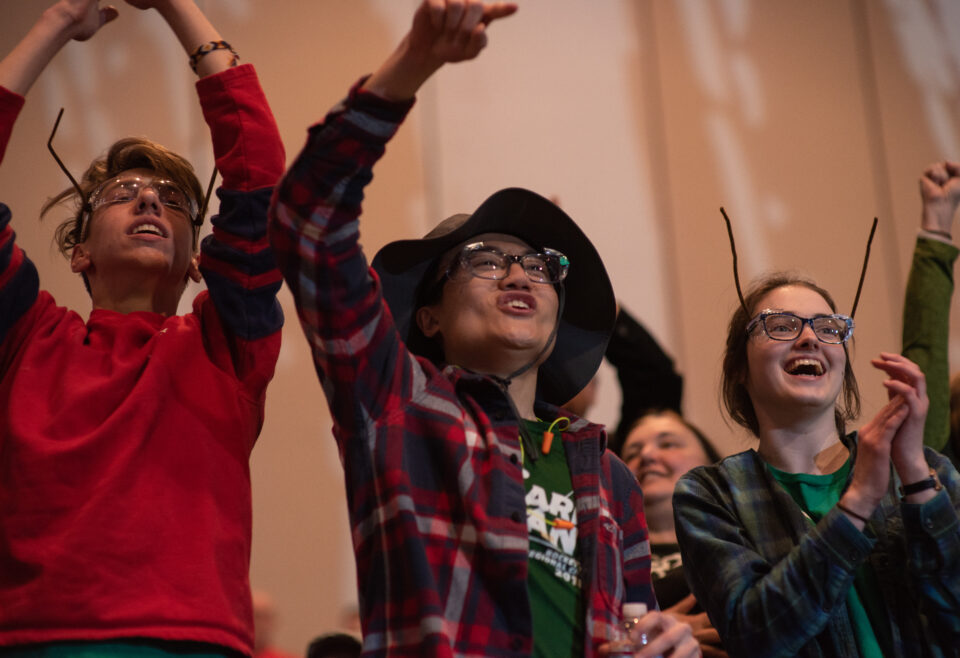 Army Ants is a FIRST robotics team, where students work to construct a robot that can effectively compete in that year’s respective tournament. The first tournament for the Army Ants, the St. Louis regional competition was supposed to take place starting March 12. The competition is now canceled, along with the entire tournament season.

“Based on guidance from the World Health Organization, Centers for Disease Control and state and local health officials, as well as the declared states of emergency across many states/countries, the ever-expanding travel restrictions for schools and in light of developments over the past 24 hours,” FIRST president Larry Cohen’s announced March 12.

“When I heard it was cancelled I was absolutely devastated. It felt like my heart just dropped. I didn’t want to believe it. I wanted to cry, but I was so shocked the only thing I could do was to sit and try to process it.”

Before the news, the St. Louis regional competition was running like usual, and the 3792 Army Ants, Columbia’s FIRST Robotic Competition (FRC) team, were 15 minutes away from the drive time meeting when Cohen sent out an update that simultaneously cancelled all week three regionals. The night before the Army Ant’s competition, the team had set up its pit in the arena, which was an hour-and-a-half exercise. Dr. Winslow said in the morning of March 12, the five-member drive teams met to go over the competition rules.

Mere moments away from getting inspected, members of the drive team and pit crew were working to make last second repairs to their robot when Dr. Andy Winslow, the team’s Co-Chief Mentor, notified present members of the update via instant message saying, “FIRST HAS JUST CANCELED ALL EVENTS STARTING RIGHT NOW.” The information also came over the Public Announcement system instructing all teams to begin tearing down their pits, packing up and heading home. Dr. Winslow estimated all this took place in the span of about 60 seconds.

Students, mentors and parents alike were astounded and frozen upon hearing the news, unsure if the announcement was correct and hoping it wasn’t. Dr. Winslow said he saw “more than one student crying from the news.” 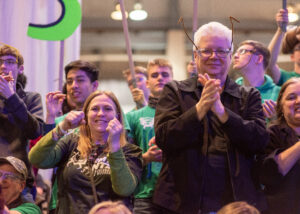 “When I heard it was cancelled I was absolutely devastated. It felt like my heart just dropped. I didn’t want to believe it,” freshman Caroline Ma said. “I wanted to cry, but I was so shocked the only thing I could do was to sit and try to process it.”

Ma is in the mechanical (fabrication) department, and as a first year team member, she said the cancelation made her feel “less prepared for the future” because she was unable to experience what an FRC was like. The team’s hard work building intricate, technical machines fell to the wayside. They did not get the chance to play a single match, Dr. Winslow said.

When the Army Ants stopped at a Mexican restaurant on their way back to Columbia, they were still clinging tightly to the hope FIRST would not cancel the week five regionals since they still had a competition in Minneapolis, Minn. during spring break to look forward to. Then, around 2 p.m., they heard the news: Cohen had sent out another announcement canceling the rest of the 2020 Championship events for the entire season. Dr. Winslow said FIRST postponed “all remaining regional and district qualifying events” and outright canceled the Huston, Tx. and Detroit, Mich. championships because of concerns surrounding COVID-19.

“The team had spent so much time preparing for this [season] after school every day and on the weekends,” Ma said. “To prepare we had gone to different cities just to work on the drive, spending countless hours to fix every little thing so it would be ready for the competition. Some people even stayed up until [midnight] to finish parts of the robot.”

“Despite working so hard for these competitions, I do think this was the right call to make. It is better to not help spread the virus.“

Dr. Winslow said this year’s game, “Infinite Recharge,” had a Star Wars theme and required students to “design and build a robot to protect FIRST City from an impending asteroid shower.” Junior Connor McNamee, who is the drive team’s second driver, said he felt disappointed with the information and confused about whether or not the program would, or could, continue. McNamee said he had taken time out of his schedule to practice driving and conference with teachers and counselors to account for his absence.”

“The event needed to be canceled, but waiting until 50 teams had arrived, some international, there was unnecessary confusion and chaos,” McNamee said. “Cancellation of the entire season was drastic, and a delay would have given students something to look forward to, especially seniors that won’t have another season.”

All in all, Dr. Winslow estimated the team’s core group of people — mechanical leads, drive team, programing leads and awards — spent “neighborhood of 400 hours each” designing and building this year’s robot. He said competitions are far more than merely the matches. They foster camaraderie between teams, and everyone is enthusiastic about analyzing whose robot had the best implement for each aspect of the game, commonly asking themselves, “‘Why didn’t we think of that,’” Dr. Winslow said.

“These young engineers deserve so much reward for what they’ve accomplished, and they are coming away without even the joy of getting to compete.”

“This is such a sad way to end all of that wonderful effort. I can’t say I’m not a bit heartbroken myself,” Dr. Winslow said. “These young engineers deserve so much reward for what they’ve accomplished, and they are coming away without even the joy of getting to compete.”

As a potential alternative to regular season competition, Dr. Winslow said he has heard “rumors of possible competitions over the summer or fall.” Nevertheless, he said because of the arena size events like these require, reservations must sometimes occur years in advance. Dr. Winslow also acknowledged if such a contingency plan does happen, seniors who have graduated and may have gone away to college would not be able to participate in the fall.

Even with the “sad end for ‘Infinite Recharge,’” Dr. Winslow said he is proud of what the Army ants have achieved. Once normalcy returns, he said to be ready for the Army Ants to compete and cooperate again. As for Ma, although this season is likely at its close, she still has three more years to look forward to.

“Despite working so hard for these competitions, I do think this was the right call to make. It is better to not help spread the virus. It feels pretty disappointing,” Ma said. “However, I don’t regret this season at all. I gained many friendships and helpful skills along the way. In my opinion, it was still a productive season and a wonderful experience.”

Have any of your events been canceled because of COVID-19? Let us know in the comments below.