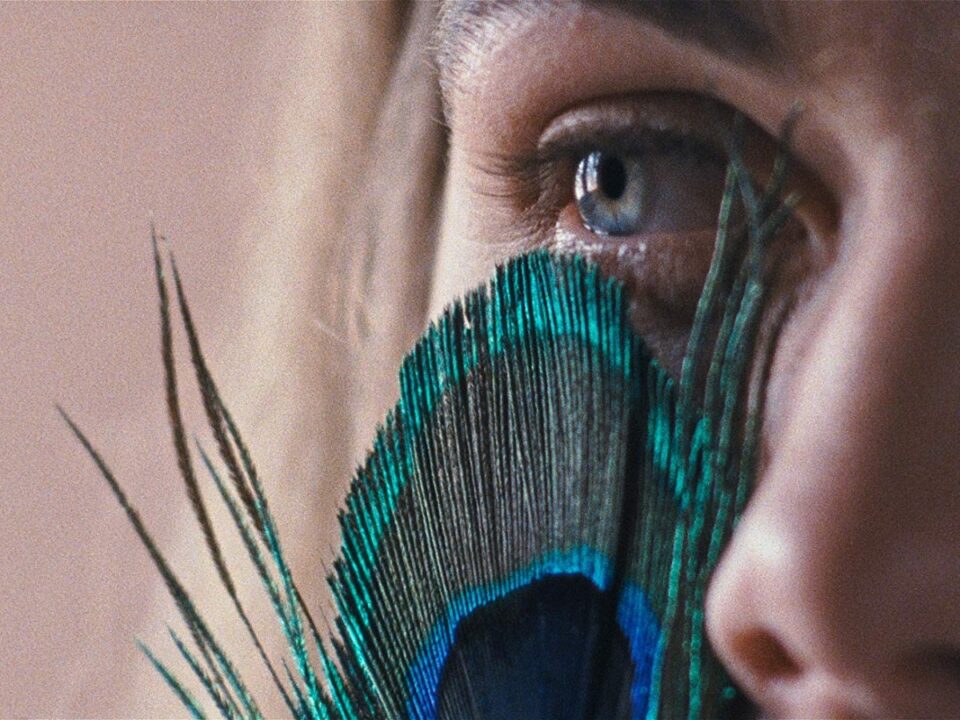 Following the family history of director Caterina Vasconcelos, Metamorfose dos Pássaros, or Metamorphosis of Birds, is a film of Portugeuse origin, language and culture lined with English subtitles. Focusing on the director’s grandmother, Beatriz Vasconcelos, the movie consisted entirely of boring aesthetic shots with a background dialogue of Vasconcelos family interviews.

Vasconcelos spent five years curating the film, hoping to learn about her grandmother who died before she was born. Collecting family interviews, personal stories and relics about her, she pieced together a movie along with a conception of this woman. In creating this film she projects the image she created of a woman she had never met.

Most of the audio from the film was Vasconcelos speaking to her father Jacinto and reading love letters from Beatriz to her husband; the complicated family dynamic is semi-revealed. Triz stays on land and raises six kids while her husband, Henrique, is always away at sea. Asking about the kids he hasn’t seen in years, we learn small facts about the family, such as how Jacinto loves birds.

“Learning more and more about characters I know less and less, it’s hard to follow the digressing dialogue while watching disturbingly slow scenes.”

Learning more and more about characters I know less and less, it’s hard to follow the digressing dialogue while watching disturbingly slow scenes. Instead of showing the faces and actions of the family we learned about, Vasconcelos shot tedious minutes of close up skin disease, a man counting backwards and a lady trying to push over a tree. As the audience waited for the plot to develop, eyes began to droop.

Although the film included many beautiful shots, an aesthetically pleasing video does not make a movie. The director shot gorgeous scenes involving a photograph of Jacinto’s birth slowly developing, flowers opening themselves up, a magnifying glass hovering over the sea, and a mirror hidden in a scene until moving slightly and revealing its reflective nature. The creative angles and props are very much unique to this movie, but these pretty moments did not build a connection between Vasconcelos’s family and the sleepy strangers watching.

“The director shot gorgeous scenes involving a photograph of Jacinto’s birth slowly developing, flowers opening themselves up, a magnifying glass hovering over the sea, and a mirror hidden in a scene until moving slightly and revealing its reflective nature.”

Moving through generations of the family makes one realize how poorly the plot progressed. As the two hours crawl by, I was hyper aware that I was wasting my own life watching the lives of characters I care nothing for. The youth of Trix wastes away, and so does my own.

At the end of the film a plot became more evident, but not strong. The story started with Beatriz grounding her family while her husband was away, lost that in random unnecessary details in the middle, and then remembered to end with Triz grounding her family in the last few minutes. The last few scenes included the family for the first time, instead of random objects, and the movie almost ended well. However, viewers were forced to sit through one more painfully long meaningless five minute scene of a woman pushing a boat through sand. Moving as if in slow motion, the last impact reminded me how much time Metamorfose dos Pássaros wasted.

There could have been much more of an impact if Vasconcelos had stayed true to the themes of Triz, Henrique and their children being land, water and birds, but that was lost in the still life fever dream of the middle and the unsettlingly slow end.

This film would appeal to those who appreciate beauty over entertainment, and would sacrifice an emotional response to a movie for a slow moving aesthetic. Watching leaves viewers with a sense of how valuable your time is, but I would recommend first thinking of anything else to do with 111 minutes that will better your life instead of bore it.