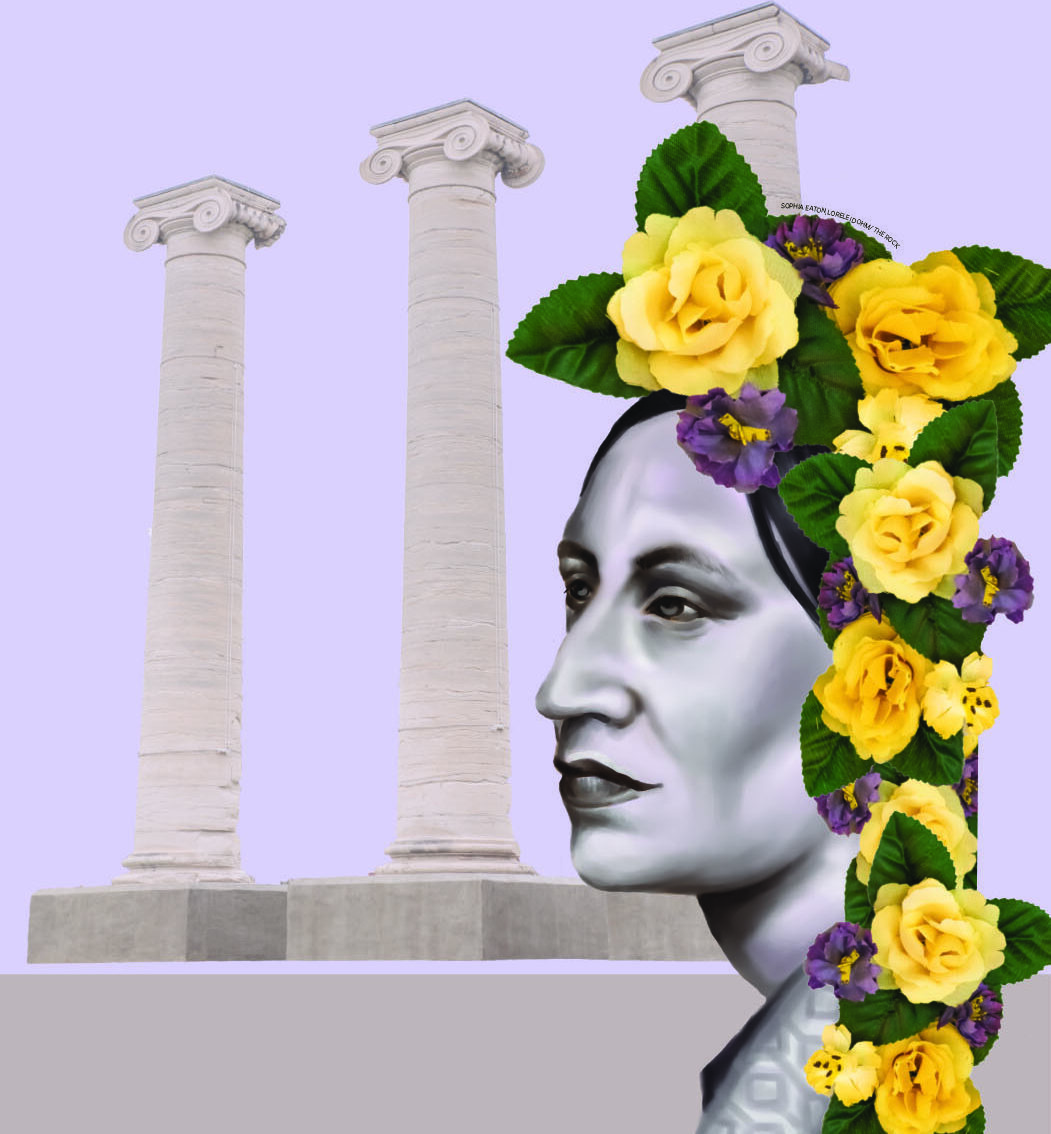 In July of 1848, more than 300 women and men from across the country organized in Seneca Falls, New York to discuss the fight for the social, civil and religious rights of all women. Five rebellious women launched the women’s suffrage movement in those two days.

These five revolutionaries also played critical roles in the abolitionist movement. Elizabeth Cady Stanton, a leading women’s rights advocate and driving organizer of the convention, spoke on the assemblance “to declare our right to be free as man is free” and  “to be represented in the government which we are taxed to support.”

In the subsequent 50 years, suffragettes protested, organized and grew in numbers across the country. In 1851, Susan Brownwell Anthony met Stanton, and the pair began working together with other women’s rights pioneers to secure women the right to vote.

Did you know?
The colors to symbolize the American suffrage movement were purple, white and gold. The Suffragist, published on December 6, 1913, describes the symbolism of the colors. “Purple is the color of loyalty, constancy to purpose, unswerving steadfastness to a cause. White, the emblem of purity, symbolizes the quality of our purpose; and gold, the color of light and life, is as the torch that guides our purpose, pure and unswerving.” Information according to Recollections.

Nearly 72 years after the Seneca Falls Convention, President Woodrow Wilson ratified the 19th Amendment on Aug. 18, 1920 to the U.S. Constitution. The article granted all American women the right to vote in the short statement, “The right of citizens of the United States to vote shall not be denied or abridged by the United States or by any State on account of sex.”

In the years to follow, women began showing up at the polls. Dr. Pam Paxton, a professor at the University of Texas at Austin and Department Chair of Sociology and Government, said she tends to take a global approach on women’s suffrage. She recognized the U.S. is not, by any means, the last country where women obtained suffrage. For instance, women did not gain the right to vote in Switzerland until 1971. She said although American women wish suffrage had been granted earlier, the U.S. was still one of the first, with European countries to follow in its footsteps.

Women should get more involved in politics, Dr. Paxton said, especially in an ever changing political climate. As the U.S. celebrates its 100th year of women’s suffrage, there has yet to be equal representation in regards to population, she said.

“There are some political philosophers who argue that we need descriptive representation. And descriptive representation says that our political leaders should look like, if you will, the people they represent. So, if we have 50% of a population being women, it would be nice if there was something like 50% of our legislators who are women,” Dr. Paxton said. “We know demonstrably that women have different policy preferences than men. So, for those reasons, there are arguments that it’s good when women participate in politics at higher levels.”

“[Being an empowered woman] allows you to bring awareness to various issues while being a strong, independent individual.”

Dr. Paxton said young women are inspired by prominent women in politics and, in some cases, become interested to take part in the field. Their ambition, she said, comes from seeing women like Hillary Clinton, the first female nominee of a major U.S. political party, and Sandra Day O’Connor, the first woman to serve on the Supreme Court. The actions of bold politicians like Alexandria Ocasio-Cortez and Ilhan Omar, women of color serving in the House of Representatives, also spark inspiration for aspiring young female politicians. Dr. Paxton said she thinks the growing representation of women in politics is positively changing in the future.

Junior Cassie Gray turns 18 on Nov. 27. Although narrowly missing the voting age for the 2020 Presidential Election on Tuesday, Nov. 3, she said she is excited to continue voicing her opinions on different issues as well as educating herself on potential representatives.

“I think it’s important for women to have a voice because oftentimes we’re overlooked and  reduced to an afterthought or our issues are deemed not important,” Gray said. “More women in politics will hopefully lead to changes and new policies that can help women across the country.”

Dr. Paxton likewise finds it critical for “everybody to vote if they want their voice heard.” There are plenty of issues, she said, that may matter more to women and young women in particular than male leadership that should motivate female representation at the polls. Civics Studies and Advanced Placement Government teacher Debra Perry said voting was never really essential to her until she was in her 20s. She said she was aware of voting being fundamental but not momentous until later in life.

“I actually have pictures of when my daughter turned 18. We went to vote at the church, and I took a picture of her going in. And so we would have that because it’s so important to me that women vote and that their voices are heard,” Perry said. “If I rank my priorities, women having the right to vote — having a voice in issues that are important to women — is number one.”

As a mentor of young adults, Perry said she teaches her students to be empowered to act rather than to turn a blind eye to injustice. She said she’s constantly reminded of her responsibilities as a teacher by a Thomas Jefferson quote, “If the people don’t understand, then it’s up to us to teach them.” Furthermore, she said she takes responsibility for informing others on how to make a difference in society and government.

“When you protest, when you join any kind of civil group, that puts their idea and their message out there and they try to be heard, these are all ways that we make our democracy better, but one of the important ways is voting from the very beginning,” Perry said. “I think there’s a great debt here that people have gone through to ensure that all voices have an opportunity to be heard, and this democracy is founded on inclusion. For this democracy to work, we have to be informed, then take that information and act. And voting is one way that can be done. I think we should expand voting … We need to make it as inclusive as possible for people to be able to vote.”

Did you know?
Susan B. Anthony did not attend the Seneca Falls Convention in 1848.

Seventy-three percent of American women reported voting in 2016, compared to 63% of men, according to the Center for American Women and Politics. In terms of women’s representation in national legislatures, the U.S. currently ranks 103rd in the world, according to the World Economic Forum (WEF). Only 19.3% of members of the House of Representatives are female and 23% are women in the Senate. Some countries, such as Rwanda and France, have adopted a quota or reserved seats for women to ensure delegation. The WEF article “How do we get more women in politics?” said there are 49 other countries with similar policies.

“If you take a pool of men and women that are equally qualified for political office … and you ask them, ‘Would they consider running for office?’ A higher percentage of men will say they’re willing to consider running for office than women. If you ask women why, they’ll sometimes say, ‘Well, I don’t feel I’m qualified.’ So, what’s interesting, of course, is you started with a group of equally qualified men and women, right? So, one of the things to do is to have women ask themselves, ‘Why do I think I’m not qualified?’” Dr. Paxton said. “I think we need to help women learn to develop a thick skin.”

In terms of a necessity for tougher female politicians, Dr. Paxton highlighted the violence against women in politics; she said women are verbally attacked more than men in the public sphere, a fact she believes drives women away from an interest in public office. Gray said in order to overcome the doubts and apprehension of females in positions of power, it’s imperative to be an empowered woman.

“You have all these chances that can only happen when you have a voice, and I think that makes everybody better, not just as a democracy, but on a personal level.”

“[Being an empowered woman] allows you to bring awareness to various issues while being a strong, independent individual,” Gray said.

In 1872, Anthony voted illegally in the presidential election. Arrested for the crime, she unsuccessfully fought the charges and received a fine of $100. She never paid. 14 years after Anthony’s death, her efforts as a vocal suffragette triumphed. Women at last had a voice in politics.

In all presidential elections prior to 1980, according to the Center for American Women and Politics, the voter turnout rate for women was lower than the rate for men. Since 1980, however, in every presidential election the proportion of eligible female adults who voted has exceeded the proportion of eligible male adults who voted. This stronger voter turnout in women relative to men in the U.S., according to Status of Women in the States, “reflects an ongoing worldwide struggle to increase women’s political participation.” The source said national-level efforts to expand opportunities for women to engage in politics have helped increase the inclusion of the female vote around the world. The women of today have not squandered the work of Anthony and other female activists, instead using their rights to improve American society.

What do you think is the significance of women’s suffrage? Let us know in the comments below.