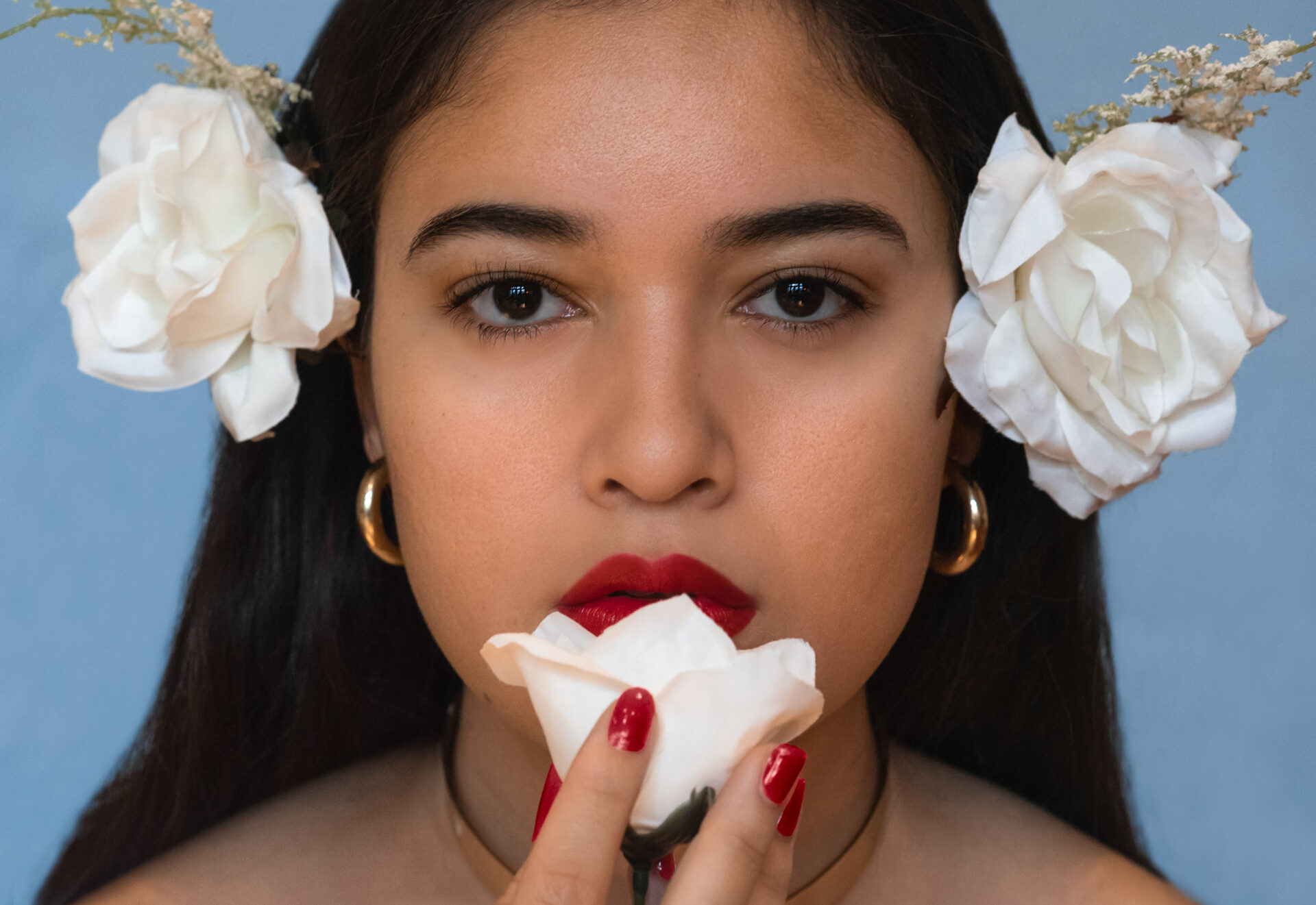 “Don’t post that picture of us until I can edit it first,” I find myself telling my friends.

I need to add a filter, adjust the brightness, alter my skin tone and sometimes even whiten my teeth or soften the texture of my skin before it graces the world of social media because, for me, the way I look isn’t perfect until I completely modify my appearance. The photo isn’t good enough for the world to see. The edits will protect my self-confidence as people won’t be able to judge the lonely pimple protruding from the center of my forehead or the stray hair that catches my eye.

Editing apps have become my go-to best friends in changing how I look to the outside world. Sometimes, if I really think some perceived blemish or flaw needs to be erased, I’ll even turn to the free iPhone friendly Photoshop app that can easily remove my imperfections.

Why do I feel the need to alter my physical appearance? Social media tells me the way I look is not good enough. Because of this, I have tied the necessity of transforming who I am for others to approve of me to my self-esteem.

It’s impossible to feel comfortable in an appearance I don’t find beautiful. Catching a glimpse of myself in a mirror will undoubtedly force me to analyze the myriad flaws I see jutting from my body: things like the way my hair curls in an awkward direction, how flat my nose looks at an angle and my height in comparison to the normal standards.

Why can’t I appreciate the unique beauty I possess? The world tells me it’s impossible because there’s always someone more attractive.

Fifty-six percent of women, according to Psychology Today, say they are dissatisfied with their physical appearance, many focusing on body weight in particular. Every manipulated image I showcase on Instagram or Snapchat fills this inevitable void more than half of women in the modern era also find inside themselves.

In 2013, Lady Gaga, an American singer, songwriter and actress, joined multiple celebrities by calling out the magazine industry’s Photoshop failures and the way women are commonly represented in media with features such as a thigh gap, slimmer figure and softer hair. Featured as the Glamour cover girl in December of that year, Gaga used her platform to elaborate on the frustration in her false depiction.

“I felt my skin looked too perfect. I felt my hair looked too soft,” Gaga said at Glamour’s 2013 Women of the Year Awards. “I do not look like this when I wake up in the morning. . . What I want to see is the change on your covers. When the covers change, that’s when culture changes.”

Beauty standards tell women they are not enough, that the way they exist in this world is not beautiful, that they aren’t perfect.

Zendaya, an American actress and singer, similarly slammed her Modeliste magazine cover on Instagram in 2015 when she saw the retouched photos of the issue altered her appearance. Instances like these, exposing manipulated images modeling industries find “more beautiful,” create impractical perceptions of beauty which makes it nearly impossible not to set unhealthy beauty standards for myself.

“These are the things that make women self-conscious, that create the unrealistic ideals of beauty that we have,” Zendaya said in an Instagram post, who was shocked to find her hips and torso manipulated. “Anyone who knows who I am knows I stand for honest and pure self-love. So I took it upon myself to release the real [picture].”

In response to Zendaya’s disapproval and social media stand, Modeliste quickly apologized in a Letter From the Editor on the company’s website and republished an “unedited” version of the photoshoot. The public apology really takes into account how much people are growing and changing. This industry owned up to its mistake and is beginning to accept the natural beauty of its models. I highly respect the decision Modeliste made and if people like Zendaya, a stunning young woman, can call out this failure and accept her appearance, then I am capable of doing so, too.

Beauty standards, which says physical attractiveness is more important than a woman’s other characteristics, enacted by society tell women they are not enough, that the way they exist in this world is not beautiful, that they aren’t perfect. That’s not OK.

Other celebrities have also battled this standard publicly, including models Winnie Harlow and Ashley Graham. Harlow, was diagnosed at four-years-old with the skin condition vitiligo — a disease that causes the loss of skin color in blotches. She has brought the damage of the beauty standard to light in the past few years. Confronting this insensitive idea, Harlow prides herself on her passion to never cover up her skin. In a revealing picture of the model on an Instagram post Harlow wrote, “The real difference isn’t my skin. It’s the fact that I don’t find my beauty in the opinions of others. I’m beautiful because I know it. Celebrate your unique beauty today and everyday.”

Likewise battling a physical distinction in the world of beauty, Graham also struggled with an unrealistic body image following years of rejection from modeling companies due to her body size. As a plus-sized model, she actively battles the unrepresentative standard modeling appearance by clearing a monumental path for other women like her in the fashion industry. Highlighting her desire to be a role model for young women in an ELLE article about beauty diversity Graham said, “That’s what’s really most important—that young women and men see someone who looks like them so they can know that they too are beautiful.”

In today’s world of social media, Instagram, Snapchat and Twitter all convey false representations of the female body. Such online edited images compel women to become (or at least appear to be) something they’re not.

It’s so important for models to not only represent a standard portrayal of beauty, but the unique diversity of all women because there is not only one type of beautiful. While I may filter photos and remove miniscule blemishes, for me, my height is one of my biggest insecurities. As a high school student barely reaching five feet tall, my height is often the first thing people recognize in my appearance. I’m constantly disregarding the “Why are you so short?” remarks as I talk to people every day. In a way, I find that people judge who I am before even getting to know me because of my small stature. They treat me like I’m young, innocent and unknowing, that I might as well be a child because most children surpass my height when they’re 10. Not only this but I also reject clothing choices and styles without even trying them because I think they won’t look good on me, that I won’t look like the long-legged blondes I see in magazines.

Constantly worrying about what others think and my desire to fit in with conventional expectations is damaging not only to myself, but also to young women everywhere. In today’s world of social media, Instagram, Snapchat and Twitter all convey false representations of the female body. Such online edited images compel women to become (or at least appear to be) something they’re not.

If the Merriam-Webster dictionary states the word beauty is a quality present in a thing or person that deep satisfaction to the mind and spirit then why does my outer appearance seem to hold so much significance? It isn’t my only quality. True beauty is exceptionally more than the color of my skin or the shape of my lips. It’s who I am. It’s how I treat others, how I love my community and the way I live my beautiful, extraordinarily unique life.

Becoming more aware of the battle against beauty standards will help us to glorify more than just a woman’s physical attractiveness, but who she is as a person, which is significantly more important.

Instead of giving into the norm, we, as women, should put up a bigger fight against unrealistic beauty standards to empower the beauty, independence and diversity of every individual. Taking time away from social media helps me to better combat a negative self-image. It’s utterly impossible to celebrate my own unique beauty while the world feeds me a portrayal of what my physical appearance should look like.

Rather than instantly judging another girl’s appearance, tell them what you love about how they look and appreciate more than just their outer image. And, in the same way, speak kindly and positively about your own body, too. It’s time for women to support women instead of tearing each other down. Becoming more aware of the battle against beauty standards will help us to glorify more than just a woman’s physical attractiveness, but who she is as a person, which is significantly more important. From now on, I’m going to tell myself I am beautiful until I really start to believe it.

How do you think beauty standards play a role in female body image? Let us know in the comments below.

Bruinthon raises 14k “For the Kids”