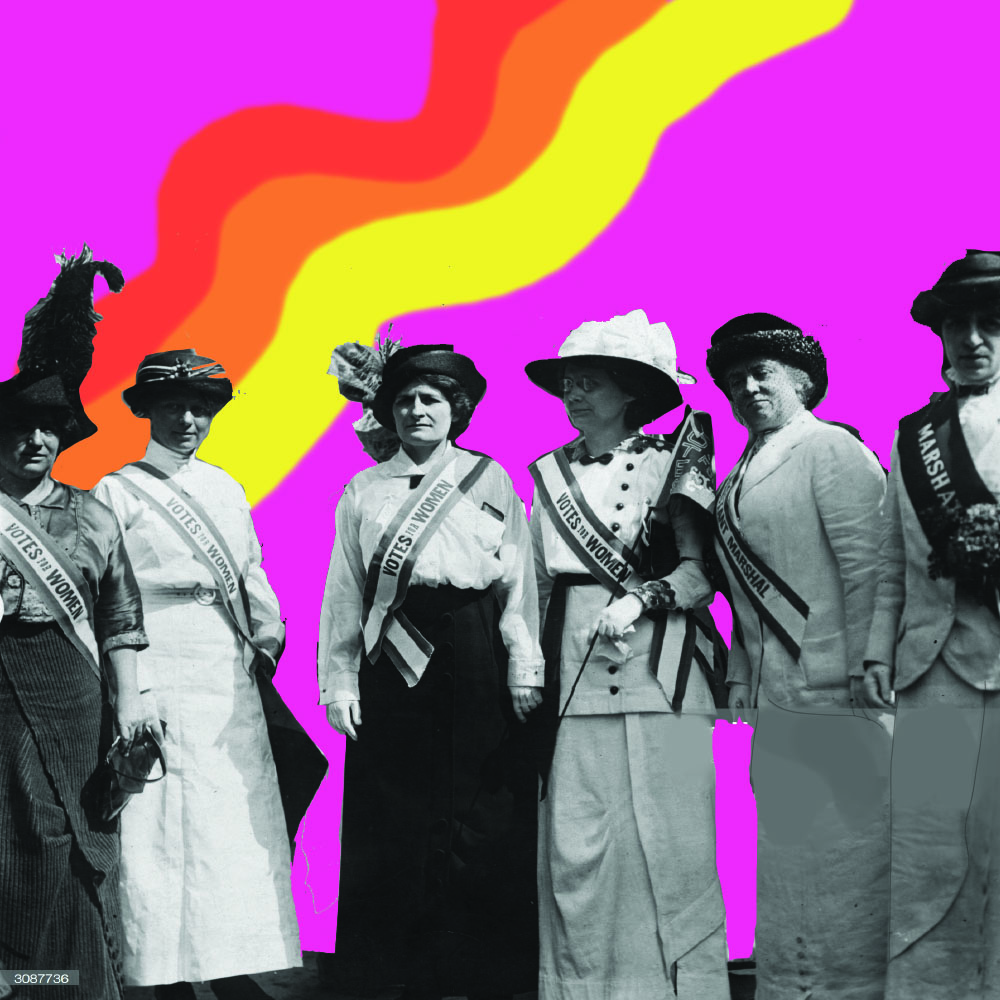 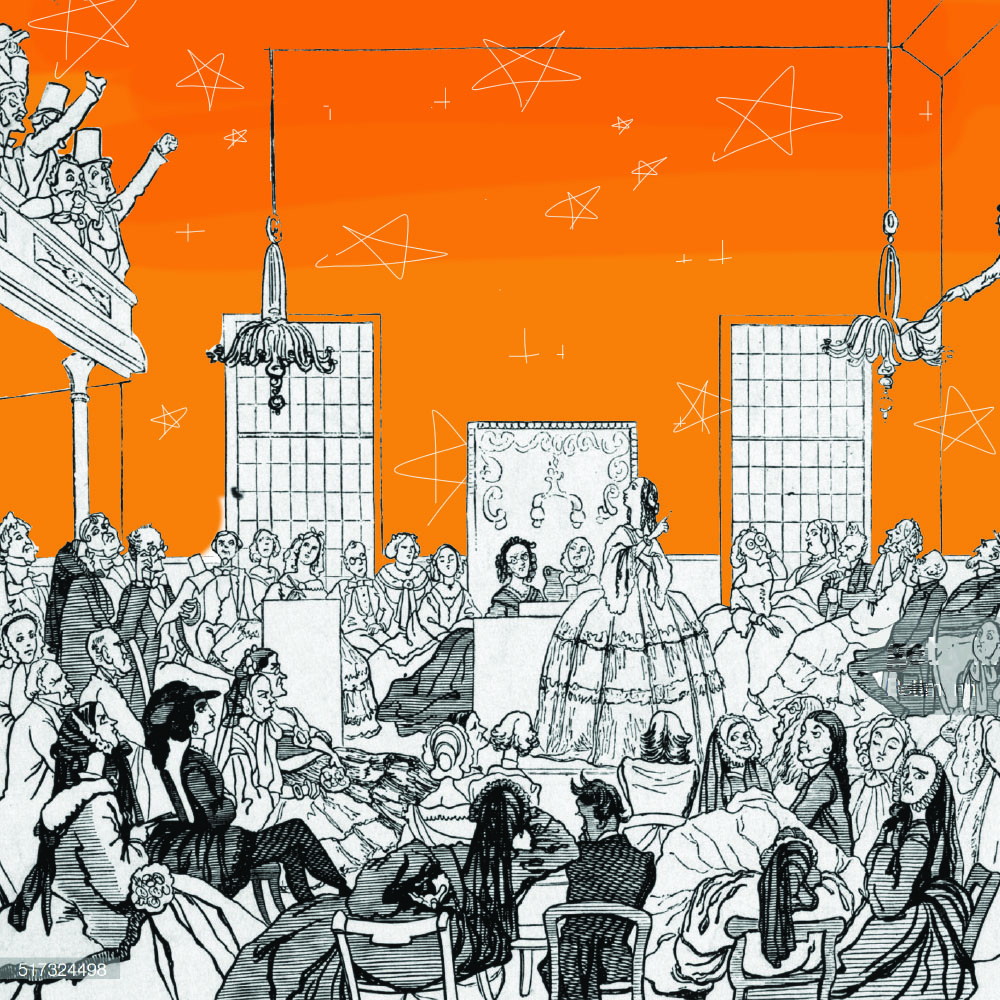 More than 300 women and men from across the country organized in Seneca Falls, New York to discuss the fight for the social, civil and religious rights of all women. The Seneca Falls Convention was the first women’s rights convention held in the U.S. At the assembly, activists developed 11 resolutions, of which demanded women be regarded as man’s equal.
No Tags
No Categories 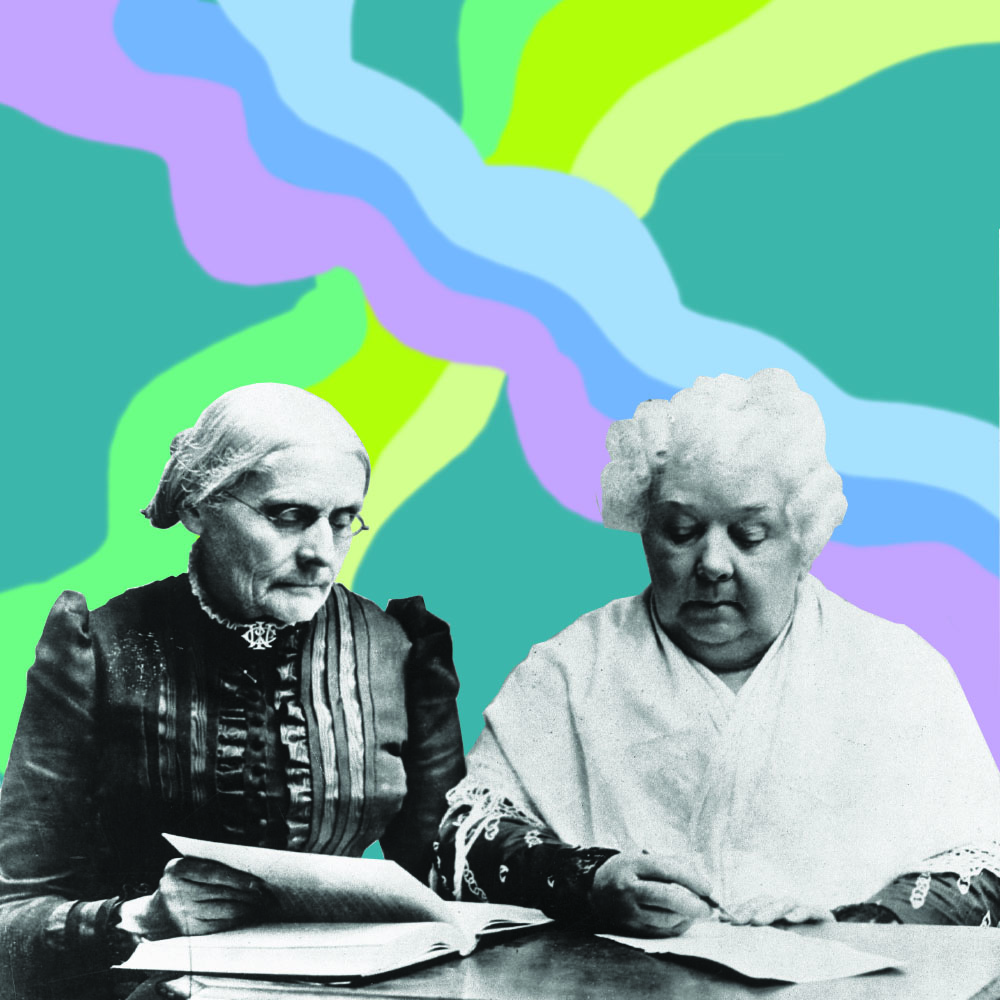 Susan B. Anthony was a well-known abolitionist before getting involved in the women’s rights movement. So empowered in her advocacy of suffrage, in 1872, Anthony voted illegally in the presidential election. Arrested for the crime, she unsuccessfully fought the charges and received a fine of $100. She never paid. When Anthony met Elizabeth Cady Stanton, an organizer of the Seneca Falls Convention, in 1851, the pair continuously fought for equality. In 1869, Anthony and Stanton formed the National Woman Suffrage Association.
No Tags
No Categories 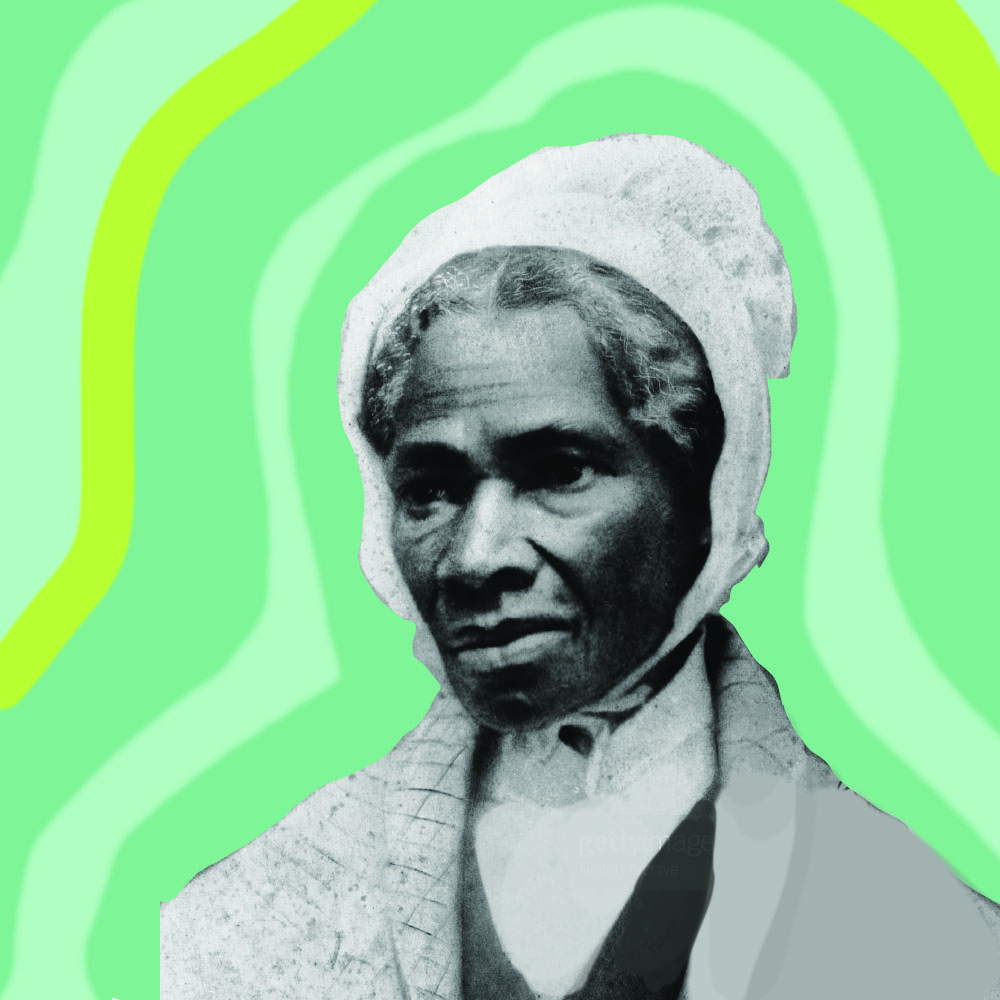 Sojourner Truth delivers her famous 'Ain't I a woman?' speech

Born into slavery at the end of the 18th century, Sojourner Truth gave her improvised “Ain’t I a woman?” speech at the Ohio Women’s Rights Convention in 1851. The message of her powerful words spoke on the fact that women can change the world, and that her ethnicity did not make her not a woman. Truth’s speech inspired women across America to get involved in the women’s rights movement.
No Tags
No Categories 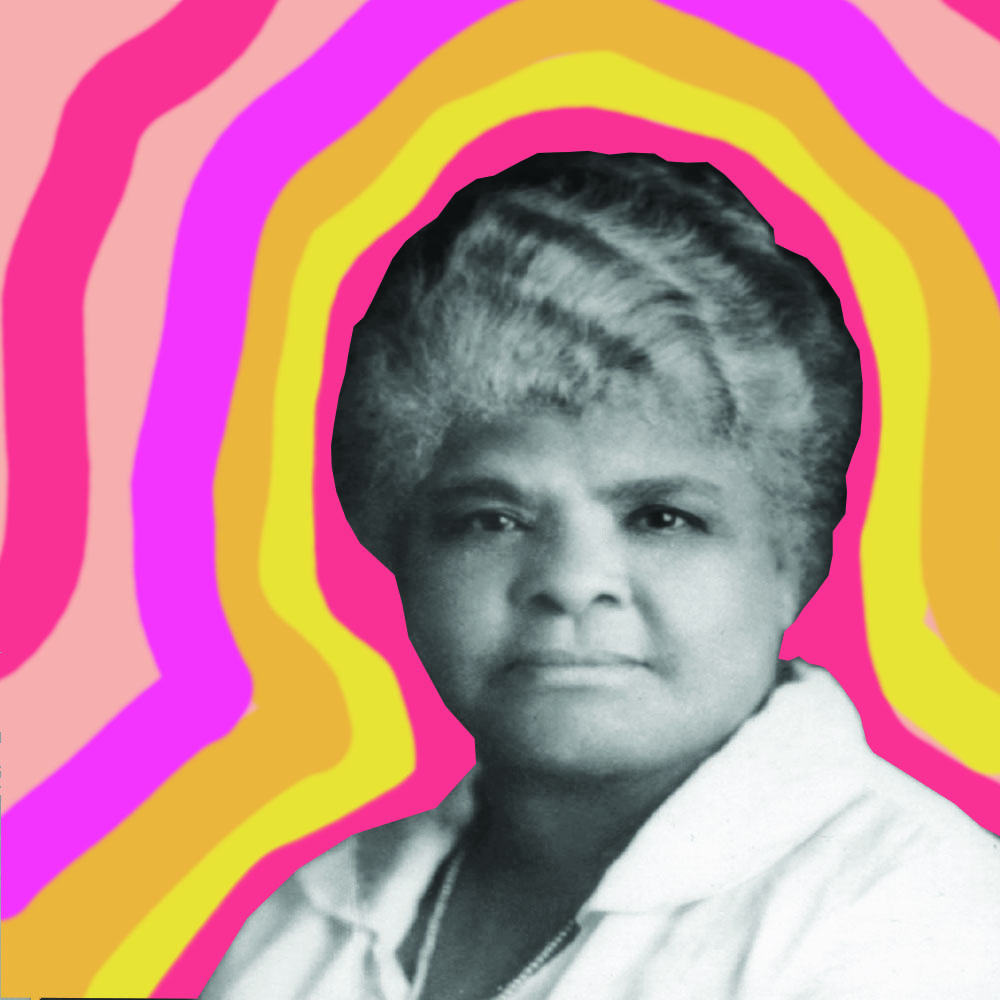 Ida B. Wells forms the National Association of Colored Women

19th Amendment ratified in the U.S.

100 years ago, President Woodrow Wilson ratified the 19th Amendment, guaranteeing all women the right to vote in the U.S. When New York gave women the right to vote in 1917, President Wilson changed his position to support an amendment in 1918. On May 21, 1919, the House of Representatives passed the amendment, and 2 weeks later, the Senate followed. Once the amendment passed its final hurdle of obtaining the agreement of three-fourths of the states, the U.S. passed the amendment nationwide.
No Tags
No Categories 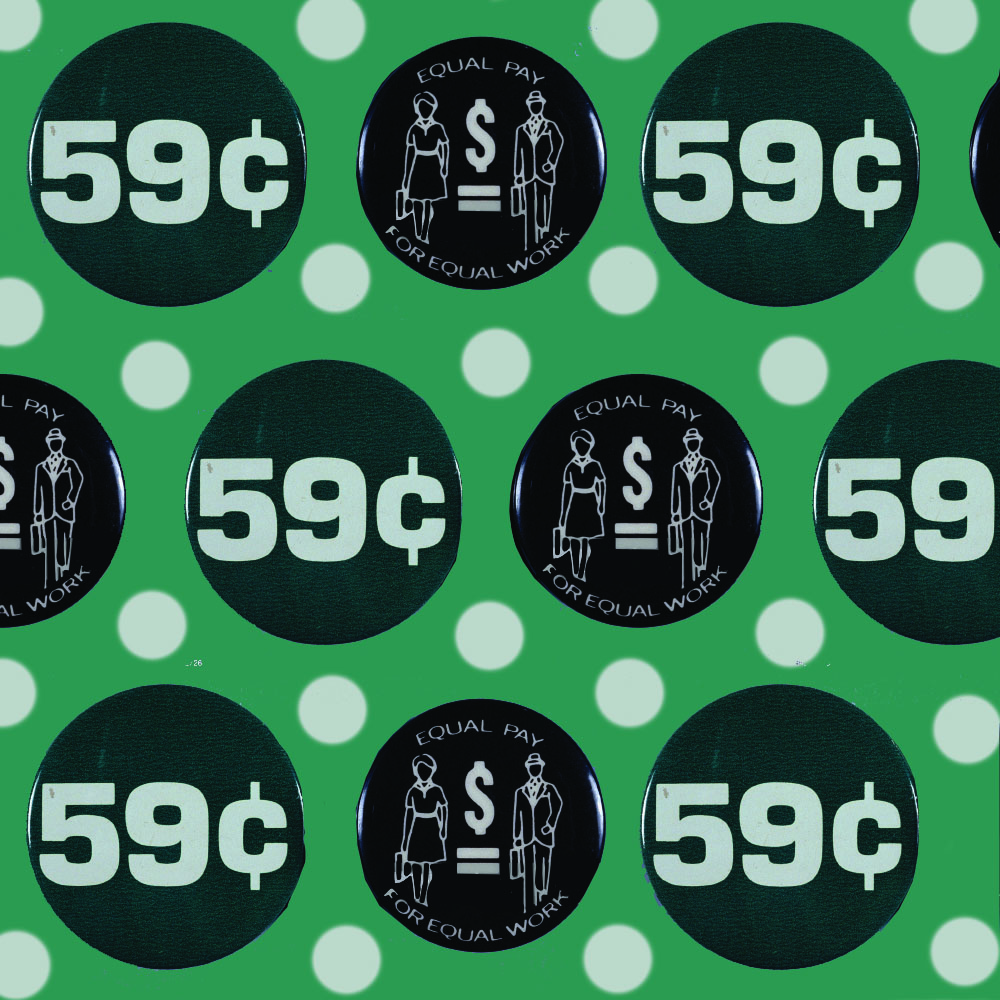 The Equal Pay Act mandates “equal pay for equal work by forbidding employers from paying men and women different wages or benefits for doing jobs that require the same skills and responsibilities,” according to History.com. The Equal Pay Act was one of the first federal laws in American history to address gender discrimination. Nevertheless, said the same source, studies show that women are still paid less than men on average. According to a study from the Bureau of Labor Statistics, full-time women workers in 2016 were paid 82 cents for every dollar men earned.
No Tags
No Categories 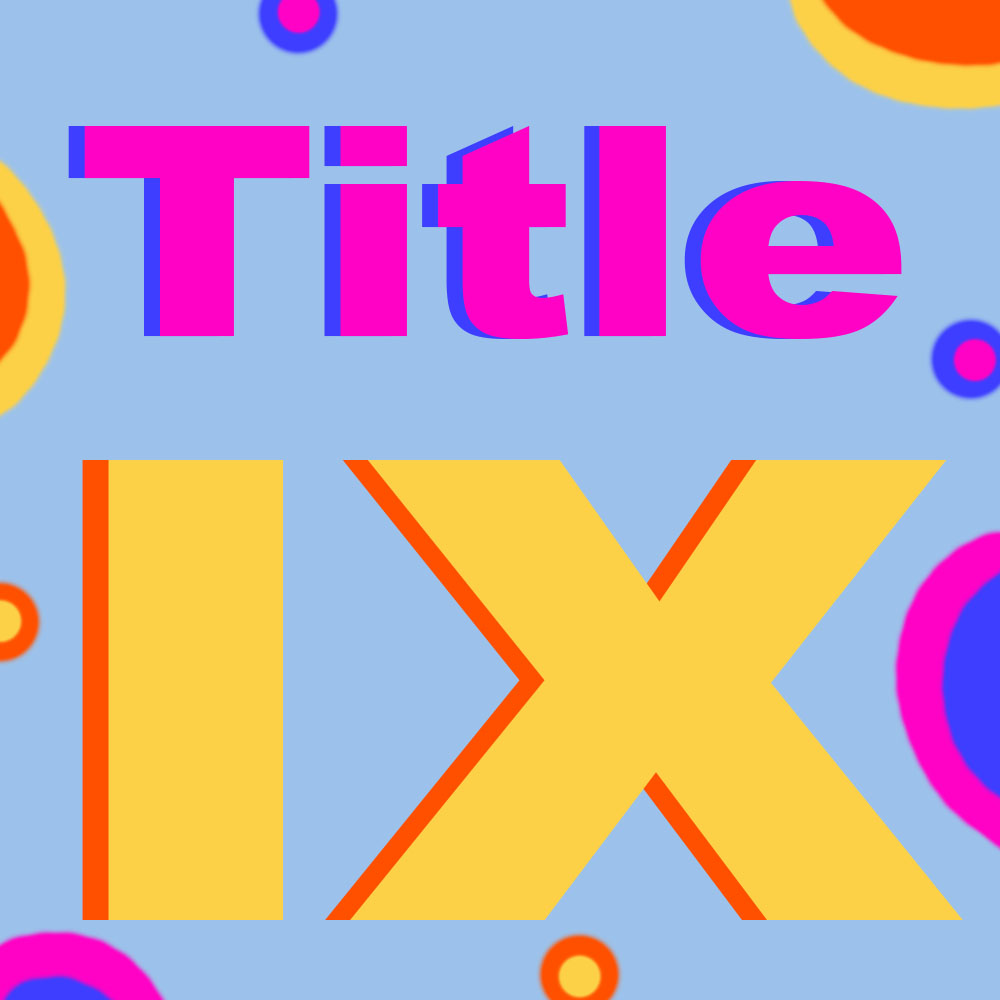 Title IX is signed into law by President Nixon

Title IX states that: “No person in the United States shall, on the basis of sex, be excluded from participation in, be denied the benefits of, or be subjected to discrimination under any education program or activity receiving Federal financial assistance.” Under this act, schools became legally required to respond and fix hostile educational environments discriminating others on the basis of gender. Title IX was also enforced to bring equality in the field of athletics; participation in women’s sports grew and women’s and men’s programs were granted the same facilities and funding.
No Tags
No Categories 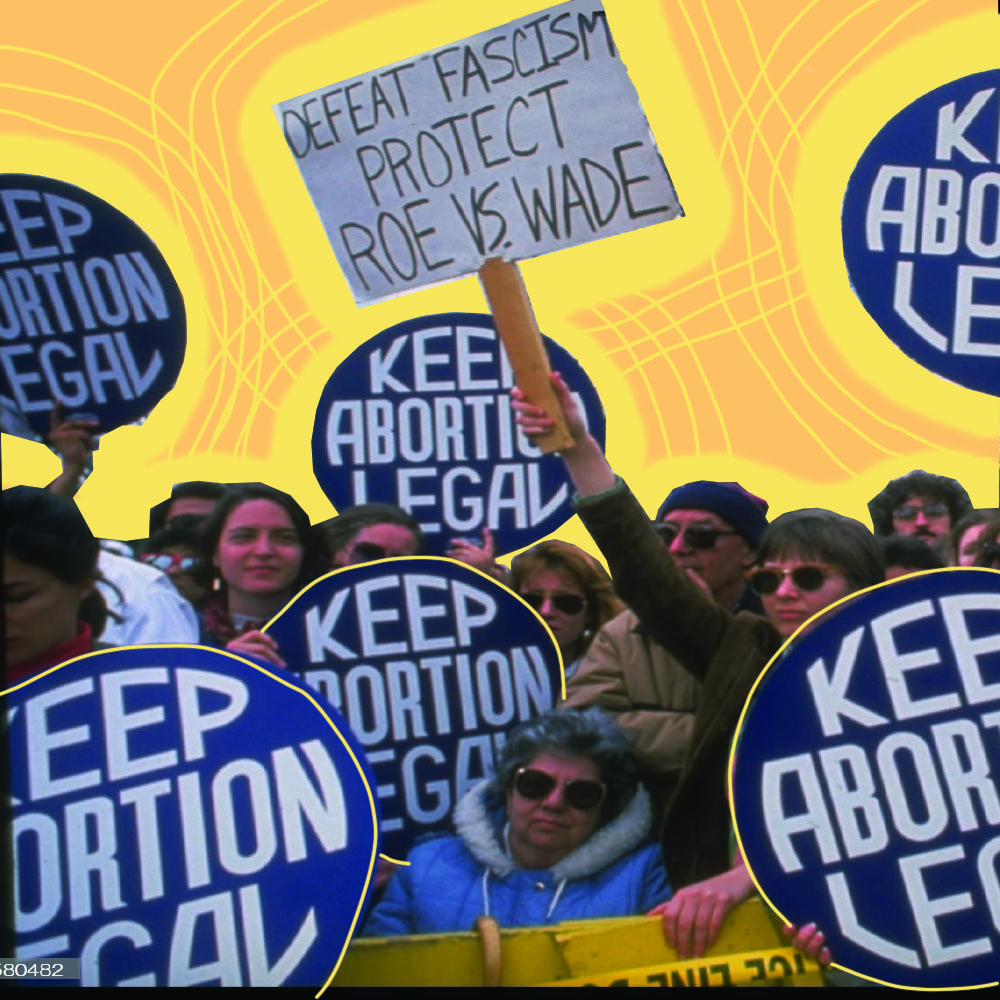 In 1973, Roe v. Wade affirmed that access to safe and legal abortion is a constitutional right. 73% of Americans, according to Publitas, do not want to see Roe v. Wade overturned. However, recent controversy has arisen over the matter of whether or not abortions should be legal.
No Tags
No Categories 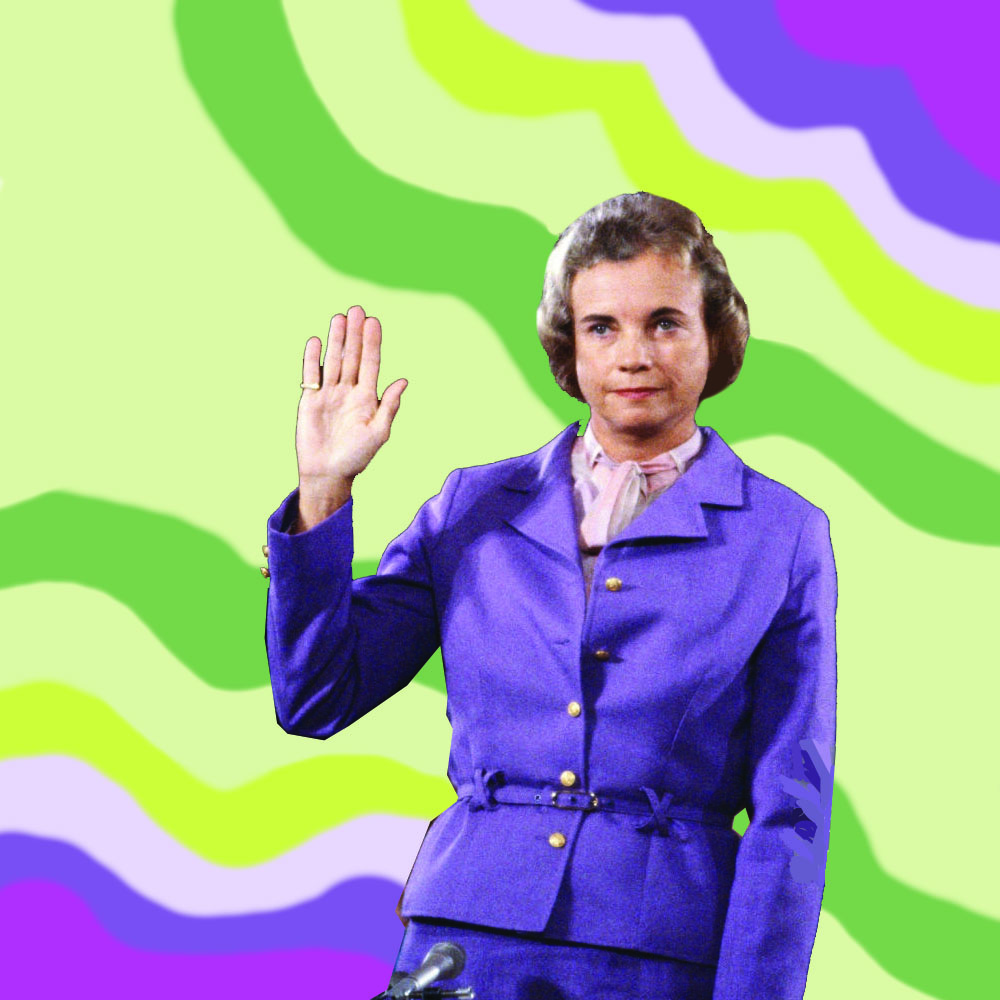 Sandra Day O'Connor is sworn in as the first woman to serve on U.S. Supreme Court

Sandra Day O’Connor was sworn in by President Ronald Reagan as the first woman to serve on the U.S. Supreme Court in 1981. A moderate conservative, she was known for her dispassionate and meticulously researched opinions, according to Britannica. Justice Ruth Bader Ginsburg joined O’Connor in 1993 as the second woman on the Supreme Court. In 2006, O’Connor retired amid a dementia diagnosis.
No Tags
No Categories 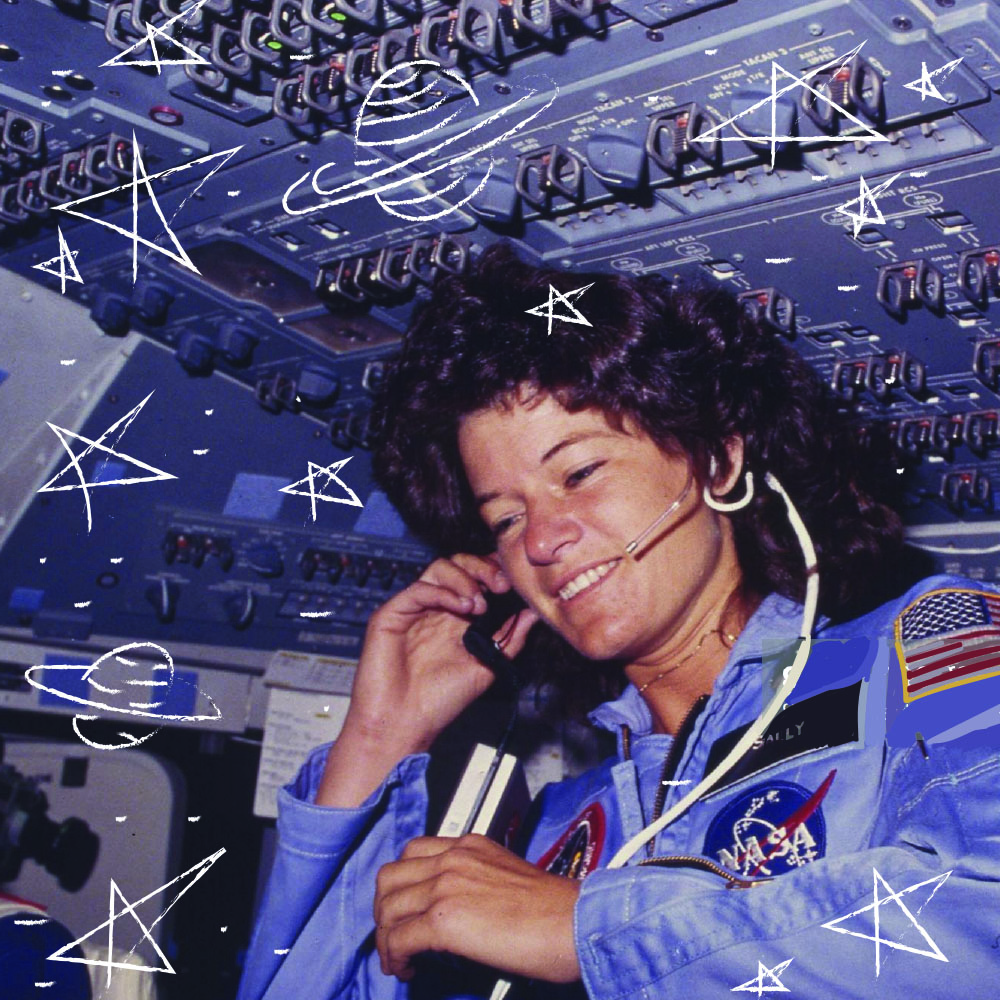 Sally Ride became the first American woman to go into space when she flew on the space shuttle Challenger on June 18, 1983. Ride continued to support women in STEM throughout her life and became a role model for the generations to follow.
No Tags
No Categories 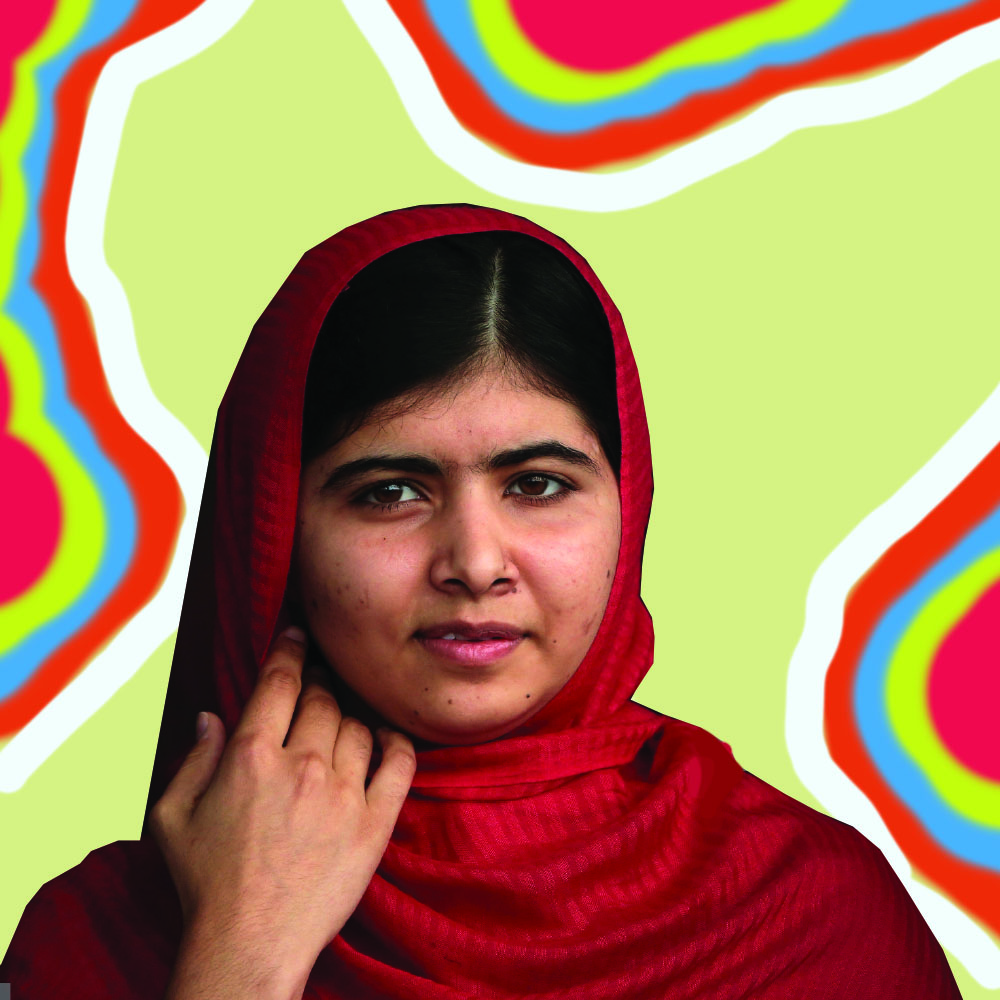 Malala Yousafzai speaks out about the right to educate women

Malala Yousafzai, a young woman from Pakistan, has spoken out publicly about the right to educate women. This made her a target in the Middle East. In October 2012, a masked gunman boarded the school bus she was on and shot her on the left side of her head. After surviving the terrorism, she was determined to continue her fight until every girl could go to school. On October 10, 2014 Yousafzai won the Nobel Peace Prize for her outstanding contributions to peace.
No Tags
No Categories 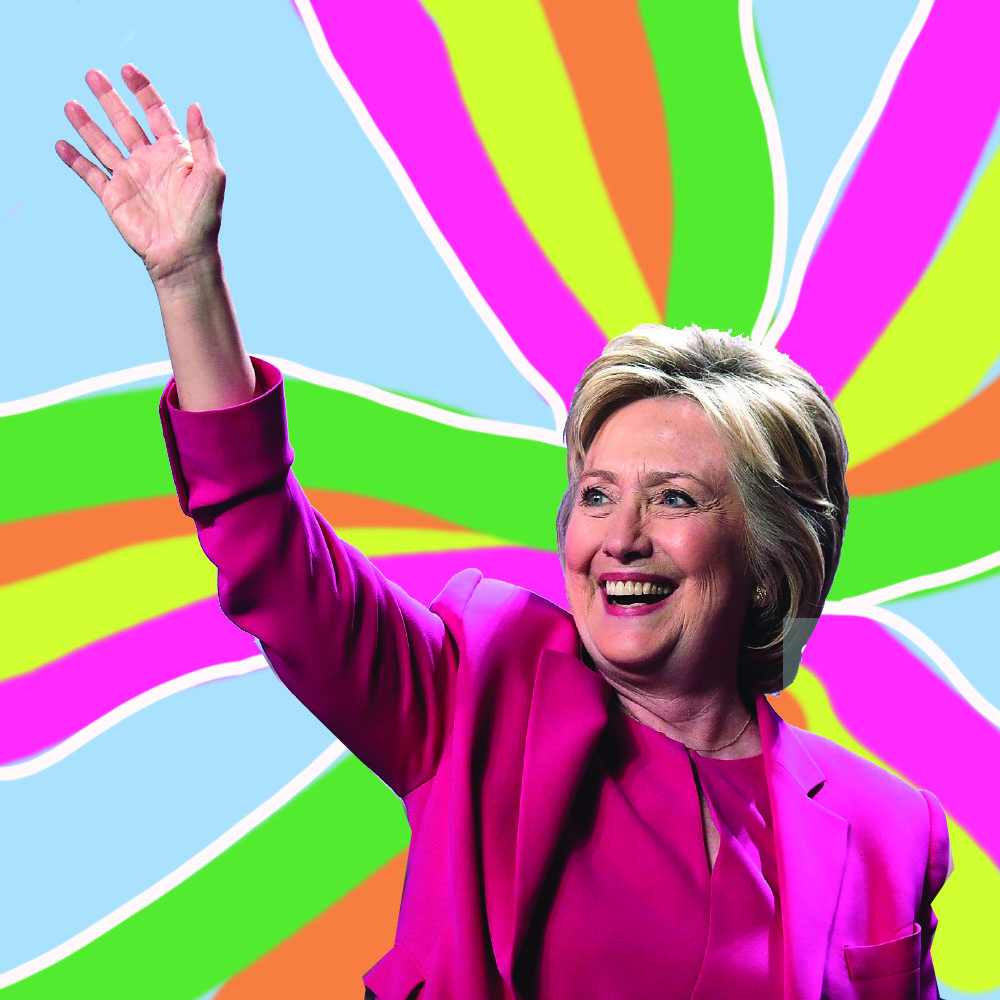 In her historic run for president in the 2016 election against Republican Donald Trump, former-First Lady and secretary of state under Barack Obama Hillary Clinton became the first woman to receive a presidential nomination from a major political party. Throughout her life Clinton surpassed many “firsts’; Clinton was the first presidential wife with a post-graduate degree and the Rose Firm’s first female partner. Clinton received almost three million more votes in the general election than Trump, but still lost the presidential election.
No Tags
No Categories

Senior Maddie Orr is the Features Editor for The Rock and Bearing News. She is a member of the Girls’...
View all posts

Senior Sophie Froese is an artist for The Rock and Bearing News. She is the team captain of Cycling club,...
View all posts
previous post