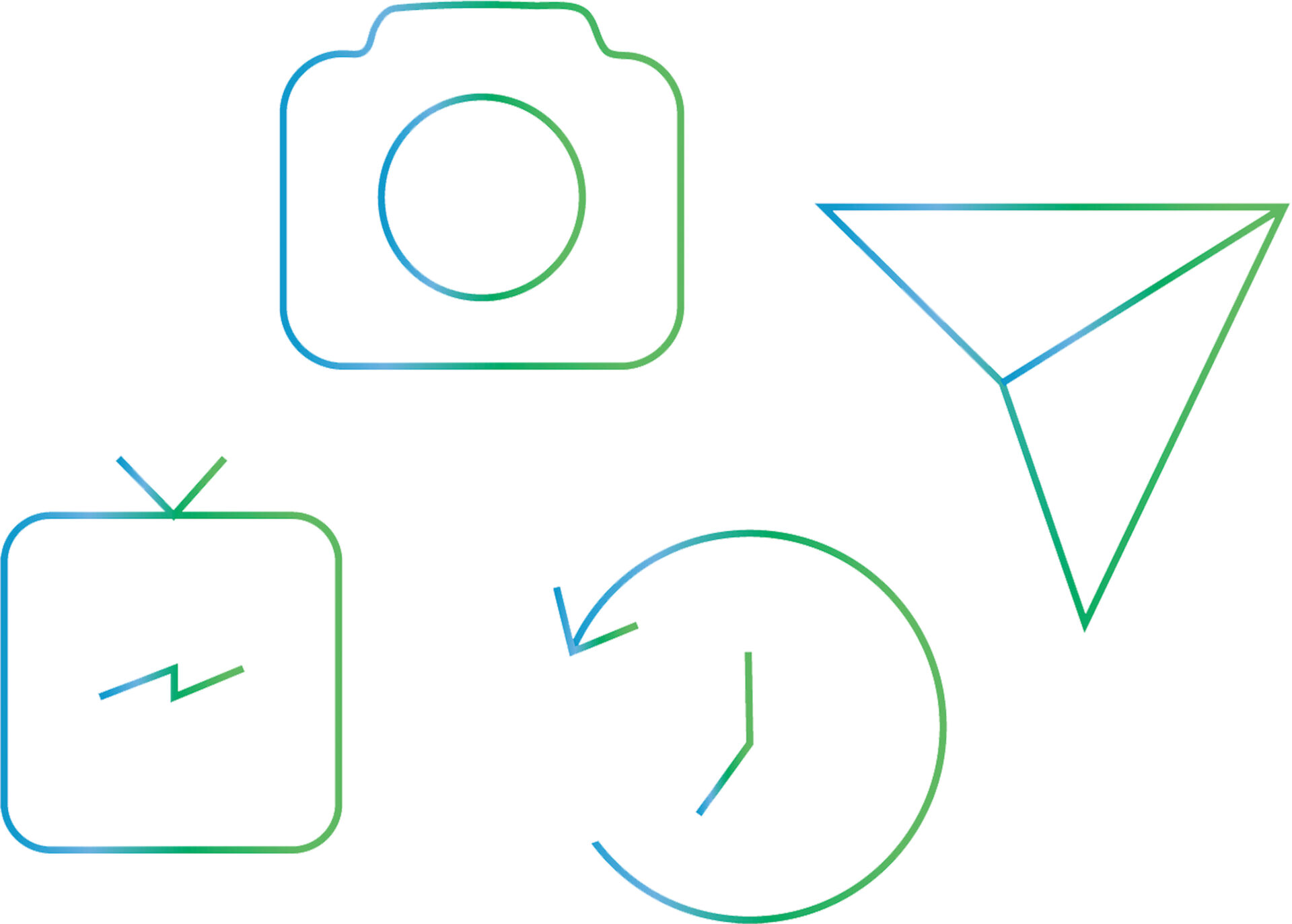 “I don’t think people think about what their experience [using social media] is. It’s kind of just like breathing almost at this point. So, just scroll through when you’re bored and look at people you admire and learn something new maybe, but yeah. That’s kind of why I quit is I realized, like, ‘Oh, I’m not really getting much from this.’ I think I quit towards the start of school this year, and I’d had it since like middle school, so [I’d been using it for] probably like five years or something.

I used Instagram and Snapchat. [They] were the two big ones, of course. I never had, like, a Facebook or Twitter. I mean, I had a Facebook, but I just used it to log into games and stuff. But yeah, that’s about it. It’s kind of every teenager has it pretty much, so just to keep up with what’s going on. It was fun. I still have accounts on them, I just don’t use them. So, in college or something, if I need to do networking, or if I come into a situation where I need them, they’re there for me to come back to but just for fun. No, I don’t see myself coming back to them.

I was just scrolling, and I’m like, ‘I’ll just delete it right now and see if I can go without re-downloading it.’ So I just held it, exed out, and did that to both of them. I just sat there, and I was like, ‘OK, let’s see what happens.’ It went pretty well I think.

Well, cross country was starting up, and homework was going, and I would just sit at home and scroll. And, I don’t know, it’s hard to answer [why I quit] without sounding really philosophical, but, like, I don’t know. It wasn’t very fulfilling. It was kind of — I was just comparing me to other people, and I wasn’t really connected with anyone because I was just on there.

So I was like, ‘You know what, I’ll give it a try. I’ll see how hard it is to just drop it and if life would be harder without it.’ And it turned out it kind of wasn’t.”

So I was like, ‘You know what, I’ll give it a try. I’ll see how hard it is to just drop it and if life would be harder without it.’ And it turned out it kind of wasn’t.

To be honest, I kind of expected myself to come back for a week, like a week later just be like, ‘Well, I guess I’ll just re-download it now since it really doesn’t make a difference.’ But then I realized it kind of does make a difference. And then I got busy with other stuff, and I was like, ‘You know what? This was actually an easier transition than I thought.’ So that’s what happened I guess.

[My friends’ reaction] was the most surprising part. I thought they’d be like, ‘Aw, man. Where are you anymore?’ But no. They were kind of like almost — they understood and almost admired that you could do that almost. So that was actually more encouraging once I did quit was that it really — [social media] doesn’t really [affect] your life at all except for in a negative way. Like, you can easily live without it, so that was encouraging.

I’d just say, like, just delete it for a day and see if you can keep the ball rolling maybe. Keep yourself busy doing something [else]. I’d say, just delete it, and let yourself know, ‘It’s there if I need to come back to it, but let’s see what else I can do other than that, maybe.’ That’s what happened with me, at least, so that’s what I do.

Surprisingly, I think there are some merits behind the value of mental health and social media. Like, I don’t think social media’s that good for mental health, and when I quit it was like right at the beginning of when they had studies coming out.

Like, Instagram designs their app to addict you, so your likes will only come in in a certain increment of time to keep you coming back to it and stuff. So I was like, ‘That’s kind of messed up.’

So once I quit, I think you start to appreciate  the smaller things. I think that might have been the biggest part because instead of comparing yourself to the biggest and best of what’s on Instagram, you’re like — well, you just don’t care about that anymore, to put it simply. It’s hard to explain. You kind of just got to do it.

I think it can be beneficial for some people. Like, I know businesses do wonders with it and stuff, but especially for teenagers where we’re trying to figure out what we want to do with ourselves, and when we hop on our phone and see, like, ‘Aw, LeBron James is hanging out with whoever’ and ‘Aw, he has a girlfriend now’ and ‘Aw, she’s in Europe for vacation,’ you start to almost get depressed. You’re like, ‘My life kind of sucks, actually,’ but in reality it doesn’t. You just kind of need to figure it out on your own.”

“It’s crazy I’m even saying this, but the whole coronavirus situation kinda drove me to re-download Instagram to stay more up to date. It feels weird to be back on it, but, then again, everything seems kinda weird right now.

It’s just been slowly escalating the past week, and before I’d only been going online on the [Centers for Disease Control and Prevention] website and such; however, they take a while to update their info.

When everything started to cancel, I re-downloaded Instagram to stay more updated on real time info. I have Anna Xu in multiple classes, and I’m close friends with Jared Geyer, so I knew how good a job you guys were doing at covering it [on Bearing News] for school and [Missouri State High School Activities Association] events. You could say I followed the [Bearing News] Instagram page pretty quickly. [I] still plan on deleting it again as soon as this all blows over (hopefully soon).

[How I’m using social media now is] the antithesis of how it used to be actually. I’m still hardly ever on my phone, thankfully. No more endless scrolling for hours a day. I just go in, get the info I’m looking for and get out. I’m in pretty close and frequent contact with my grandparents, so pages like [Bearing News], ABC17 and the major news sites help keep my mind at ease that I’ll know when I need to start acting safely around the local community here in [Columbia].”