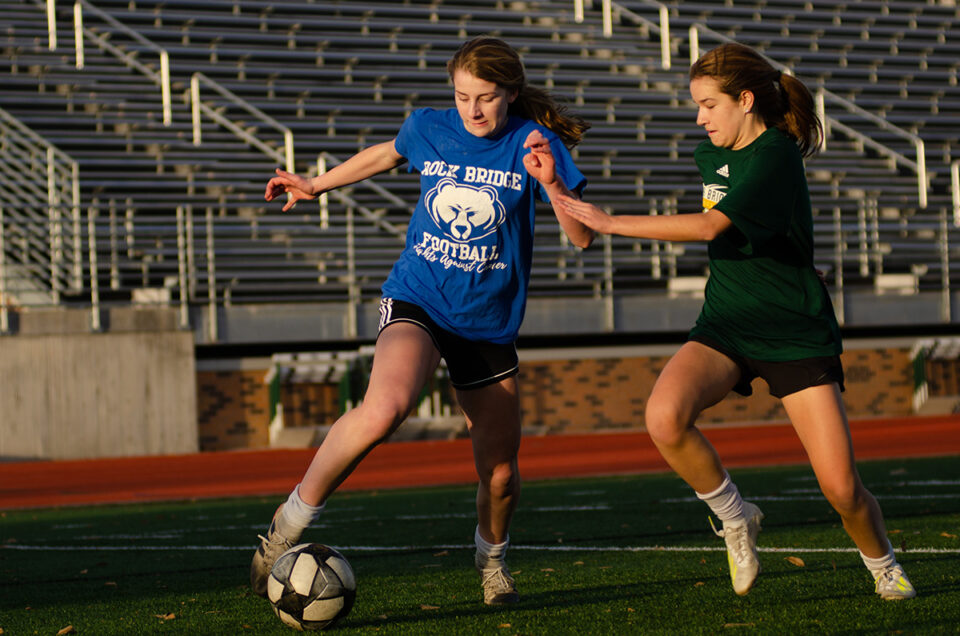 At any high school, it is inevitable that students gripe about the requirement of Physical Education (P.E.) credits in order to graduate. According to the 2016 study Shape of the Nation, 44 states have made physical education mandatory for high school students. No matter how many complaints against the unnecessary requirements of P.E. there are, however, it is a mistake to ignore the beneficial purpose and mission of this requirement, especially considering the status of youth fitness today.

In 2017, 14.8 percent of high school students had obesity and an extra 15.6 percent were overweight, according to the Youth Risk Behavior Surveillance System (YRBSS) conducted by the Centers for Disease Control and Prevention (CDC). The CDC additionally reported that the prevalence of obesity in adolescents from 2 to 19 affected about 13.7 million children and adolescents. Furthermore, an infographic updated in 2018 showed the percent of overweight high school students from each state in 2017 with Missouri declining in the 15 to 19.9 percent range.

With Columbia Public Schools (CPS) providing school laptops to students and teachers, the issue of screen time is only made worse. This is where P.E. can help establish proper health.

With these startling statistics, it’s hard to argue that this country doesn’t have a health problem, particularly within the teenage age group. The main culprit of this health issue among teens is arguably the world’s greatest tool: technology. Despite its immense benefits, technology has dire consequences for those who spend too much time using it. A 2018 study found that young people who spent seven hours or more a day on screens were more than twice as likely to be diagnosed with depression or anxiety than those who had an hour of screen time.

While spending seven or more hours a day on screens was not typical among the younger kids in the study, roughly 20 percent of 14 to 17 year-olds spent this amount of time on screens each day. A P.E. class will not only help kids get physical exercise, but it will also help them reduce screen time which is linked to poor health effects. Studies found those with seven or more hours of screen time were easily distracted, less emotionally stable and struggled to finish tasks and make friends compared to those who spent just an hour a day on screens.

For high schoolers, it’s important to balance their worlds of Snapchat, Instagram, Twitter, VSCO, Fortnite or other social media and games. With Columbia Public Schools (CPS) providing school laptops to students and teachers, along with homework and classes shifting to a more digital learning environment, the issue of screen time is only made worse. This is where P.E. can help establish proper health. P.E. provides a way for students to get into physical shape, something that becomes less and less of a theme throughout high school as students spend more time doing classwork on their laptops or using electronic devices. Whether it’s strength training, fitness walking or regular P.E.,physical activity is crucial for students to be refreshed and loosen up tense muscles.

The CDC reported in a mass-study that P.E. classes can help increase test scores and students’ focus.

P.E. is one of the best ways for teeangers to stay fit and healthy during school in an age where exercise becomes more and more overlooked. While there are other outlets to get in daily exercise, a P.E. requirement is not something to be complacent about considering the immense benefits of it. Plus, with opportunities like summer school and online classes available at RBHS for P.E., there are many ways to complete the requirement as soon as desired. So the next time you hear complaints about P.E. from friends about getting smelly, just remember that this option is better than dealing with the one involving the risk of severe health issues.

While mandating physical education (P.E.) in high school has great intention, in reality, P.E. is just another checkbox, and students learn nothing if they are not personally motivated. High school students should have the liberty to tailor their schedule and take classes they’ll actually enjoy and benefit from, not be dragged through some P.E. requirement if they’d rather take something else.

For Columbia Public Schools (CPS), one full credit, or two semesters of P.E. is necessary to graduate. In order to bypass this requirement with the most minimal effort, some students take P.E. in the form of online P.E. or fitness walking. In the online class, there are plenty of famous cheating stories, like giving heart rate monitors to siblings, while fitness walking just has students walk around the gym for the entire block.

Just like asking a smoker to quit, a healthy lifestyle doesn’t begin with a P.E. requirement, but with a self motivation to improve.

When students must take a class just to knock out a credit to graduate, there are only counterproductive effects. Just like asking a smoker to quit, a healthy lifestyle doesn’t begin with a P.E. requirement, but with a self motivation to improve.

“Analyzing data out of the state’s Texas Fitness Now program—a $37 million endeavor to improve middle schoolers’ fitness, academic achievement, and behavior by requiring them to participate in P.E. every day—the researchers concluded that the daily mandate didn’t have any positive impact on kids’ health or educational outcome,” Alia Wong from The Atlantic said. “On the contrary: They found that the program, which ran from 2007 to 2011, actually had detrimental effects, correlating with an uptick in discipline and absence rates.”

Studies like Whaley and Schrider (2005) show higher self-perception rather than professional recommendation is much more likely to motivate people to keep up physical activity.

Wong’s reasoning was students, in order to avoid their dreaded P.E. class, would literally skip the class. While physical health is important, a P.E. class isn’t going to transform someone’s life when they are forced to take it. At the high school level, it’s already been hammered that exercise is beneficial, and teacher recommendation to exercise more usually doesn’t encourage buy-in from students. In fact, studies like Whaley and Schrider (2005) show higher self-perception rather than professional recommendation is much more likely to motivate people to keep up physical activity.

Not only is demanding P.E. ineffective, it can be an unsafe environment for students. Different students have a varying degree of athletic ability. Some of the most common complaints of P.E. are that some students get excluded or, in the worse case, bullied because of their body type or performance. In fact, one out of four students are bullied in P.E., according to Manchester Education. Additionally, “students who experienced teasing during physical activity had a lower perceived health-related quality of life (referring to physical, social, academic and emotional functioning) one year later,” according to Brigham Young University.

One out of four students are bullied in P.E.

Additionally, physical education classes may put athletes at risk. In a study conducted by the University of New Mexico School of Medicine in Albuquerque, “Reported rates of concussions sustained in PE classes were 60 percent higher than the rates of concussions in sports, according to the 99 athletic directors and trainers who responded.” For athletes, injury can significantly affect play and potentially derail a student’s future to college scouting or sports scholarships.

Taking away the requirement of P.E. doesn’t mean the abolishment of P.E., but it should be the student’s choice to take it or not. Indeed, class is much more enjoyable when everyone participates because they want to.

Do you think P.E credit requirements are justified? Let us know in the comments below.

I dislike PE as much as the next guy and I understand all of the concerns brought up here but for me, even though I have always dreaded PE, without these classes, I never would have the motivation to be physically active. Freshman year PE, we ran every class and at the end I was so much faster than when I started. I loved that feeling but I never would have done that if it weren’t for PE. Also, since credit requirements are decided by the state and incentivized through national programs and norms it’s not likely to change any time soon.